It’s been quite some time since PUBG’s original map – Erangel – has been thoroughly remastered. We’ve already covered the pros and cons of this step by the developers, and you can learn the conclusion we came up to in a dedicated article. This time, however, we’ll touch upon the idea of learning how to play and navigate the refreshed map – and whether the implemented changes have been solid enough to affect the flow of the gameplay.

First – a tiny bit of trivia. Erangel was the first map, which was available in PUBG from the very beginning – i.e. from the day the game hit Early Access on Steam. At that time, having a single map was enough for players to enjoy the overall initial concept of the game, which paved the way to the enormous popularity of the Battle Royale genre. In other words, we wouldn’t have Fortnite and Apex Legends these days if PUBG had failed. Despite the obvious nostalgic feeling towards the original map of the project, the remastered version of Erangel greatly added to gameplay as well. The developers have significantly changed the layout of the map keeping at the same time its mesmerizing atmosphere. If you are new to the game, learning Erangel shouldn’t be hard for you; however, if you are a returning veteran – then you might have some troubles getting used to the new looks of the map.

Denser vegetation results in a more tactical look – as well as gives an impression of a truly abandoned area.

Generally speaking, the map mostly remained the same in terms of the overall design. But it’s the details, which have a meaningful impact on the gameplay. For instance, the majority of buildings in the game have been reworked – either from scratch or with the original design in mind. The first things you’ll notice will be the slight interior adjustments – on top of completely new textures. Several 2-storey buildings, which are commonly found in Erangel’s towns and compounds, are now lacking a few walls and doors – these changes make sieges less unpredictable and give additional space for otherwise awkward CQ combat. Moreover, the development team has added several new compounds here and there on the map so that you don’t feel like some areas and points of interest draw all the attention. More places to land equals more loot, and even if you’ve missed the landing in the desired spot, you can equip yourself in the other nearest one. 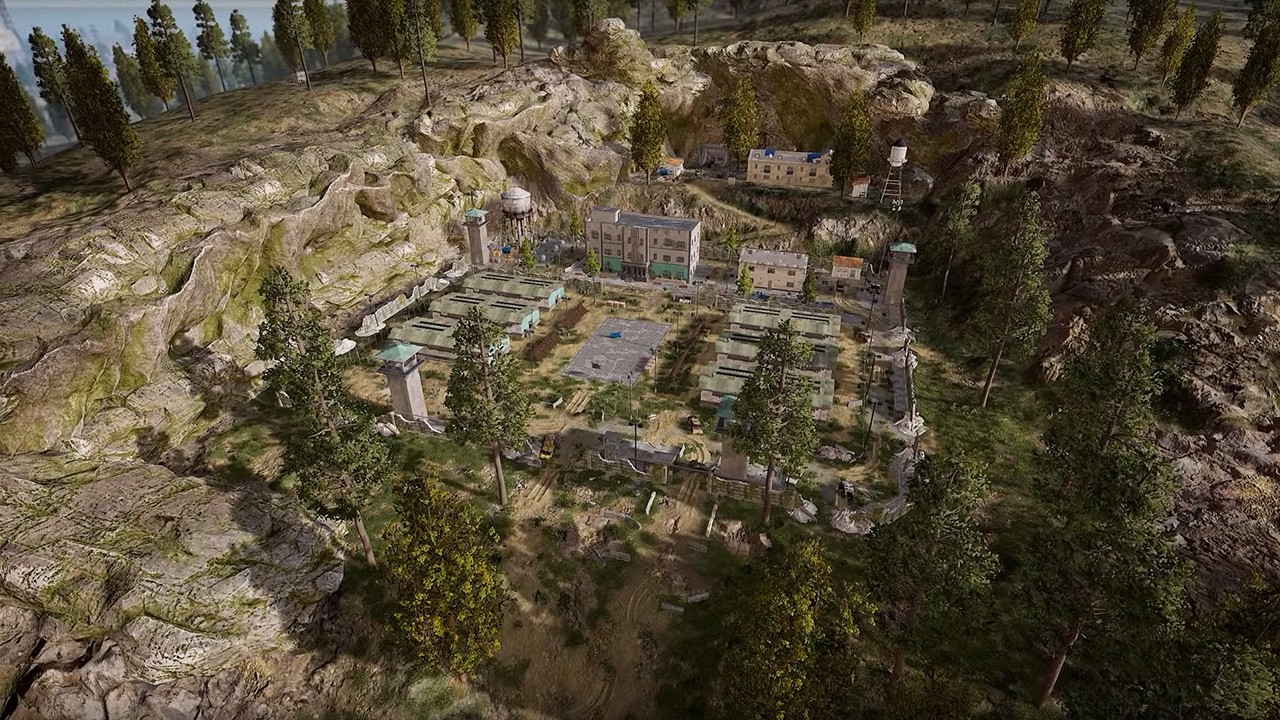 Giving it a fresh taste

Hot spots, however, received the most in terms of invested creativity from the development team. Let’s pick one of the all-time favourites as a vivid example – the Prison. It has been the landing area of choice since the very beginning, and in case you’ve played PUBG enough, you know all the weak points of that very location. While shootouts within Prison could’ve been entertaining enough, the majority of encounters ended up with the winners being killed by the campers from the rocks. Take a look at the image above – the reworked Prison area is now simply gorgeous. The main building almost hasn’t been touched – apart from obvious retexturing. But the layout of the location is completely new and a lot more thoughtful. The five hangars have been replaced with six new ones – they have the same design, and there’re three on each side of the area, which makes it fairly balanced in terms of loot distribution and provided cover.

Overall, new Erangel – not just the Prison area – has a lot more cover options in comparison to the original design, which is a sensible improvement.

Another big feature is the addition of new assets and buildings. The upper part of the Prison area, located on the hill, has been changed in order to provide more opportunities to find a gun and to hide from the enemies. The building by the Prison itself is not a copy-pasted regular 2-storey house anymore – it’s a completely new asset with multiple rooms and enough space to have a proper standoff with an opponent. Moreover, the area now has a fenced perimeter – thus giving another tactical opportunity for players to benefit from. Another popular area – an untitled hangar north of Shelter – has been treated with a similar approach. It’s brand new, although it has some obvious similarities to the original design. It has a proper fence as well and a lot more cover options inside, but the exterior is the one to be fascinated with. Just take a look below: 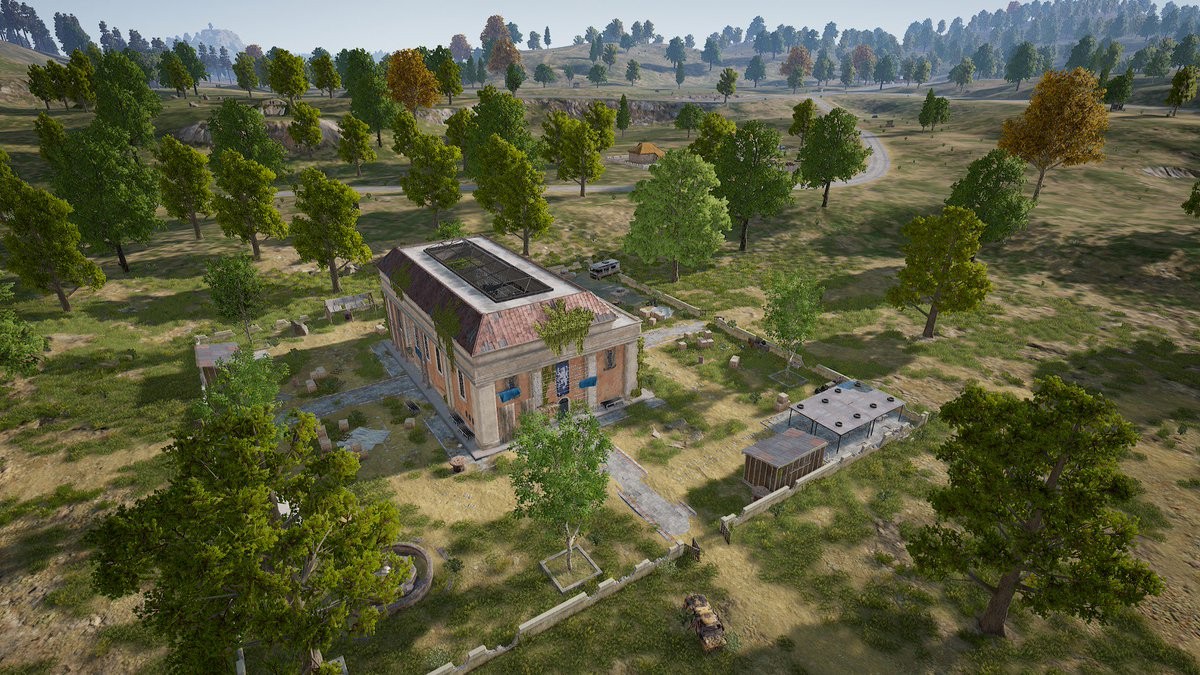 It’s not like all of the existing popular landing spots have been drastically changed – that would’ve required a lot more time that the remastered version of Erangel actually took. Interestingly, the update is not just about changing the layout and the interior design of the buildings either – the remaster is valuable due to the indisputable fact that the map finally feels like it welcomes you to unleash your tactical potential. The overgrowth and vegetation have spread all over the place; open areas with zero cover are now a lot more flexible in terms of tactical solutions due to completely new assets (like the artillery spots); last but not least, Erangel finally feels like a proper representation of a fictional East European island.

And once you return back to the original map after the rework, you soon get to the obvious conclusion that it’s not about learning the layout of the new buildings – it’s about enjoying the richness of the tactical options you now have. In that regards, the devs have made a great job.