EPICENTER Major — Predictions for Group A and B

EPICENTER Major — Predictions for Group A and B ⚡⚡⚡ Esports and gaming news, analytics, reviews on WePlay! The latest news on WePlay!

The first two EPICENTER Major groups will join the battle very soon! We prepared predictions for you again, but first, read all groups preview. 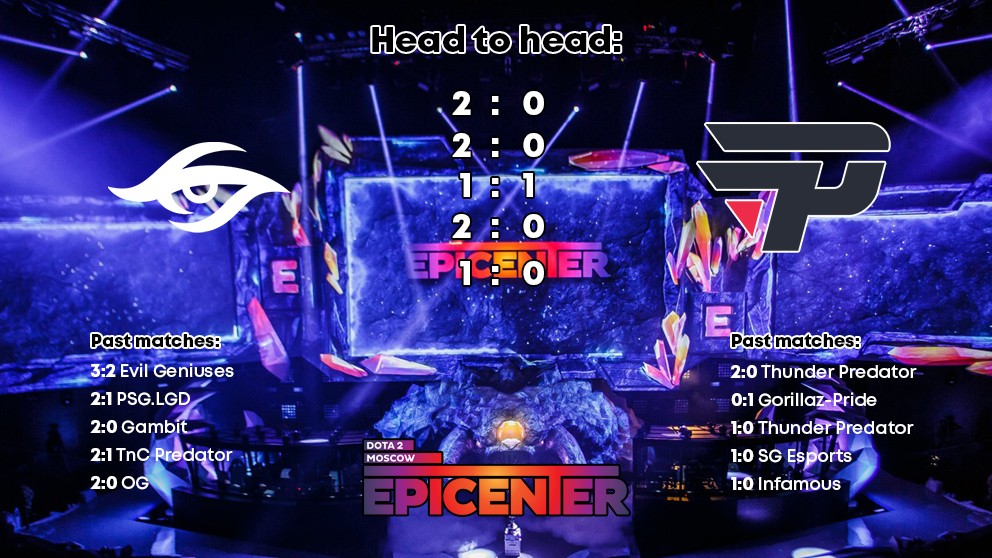 Team Secret is definitely the number one team in the world at the moment. They won six tournaments after The International 2018, two of which were Majors. Puppey and his teammates have an opportunity to put the third victory in their "tournament piggy bank".

Brazilian from paiN Gaming aren't the strongest contenders in this tournament. They were able to take 9-12 place at the last Major. It's a good result for the team, but their maximum at the same time. Unfortunately, the South American region leaves much to be desired in the fight for high places on the global Dota stage.

Team Secret should effortlessly beat paiN Gaming with a 2:0 score. The match may be ruined only by some incredibly strange captain picks.

Fnatic vs Royal Never Give Up 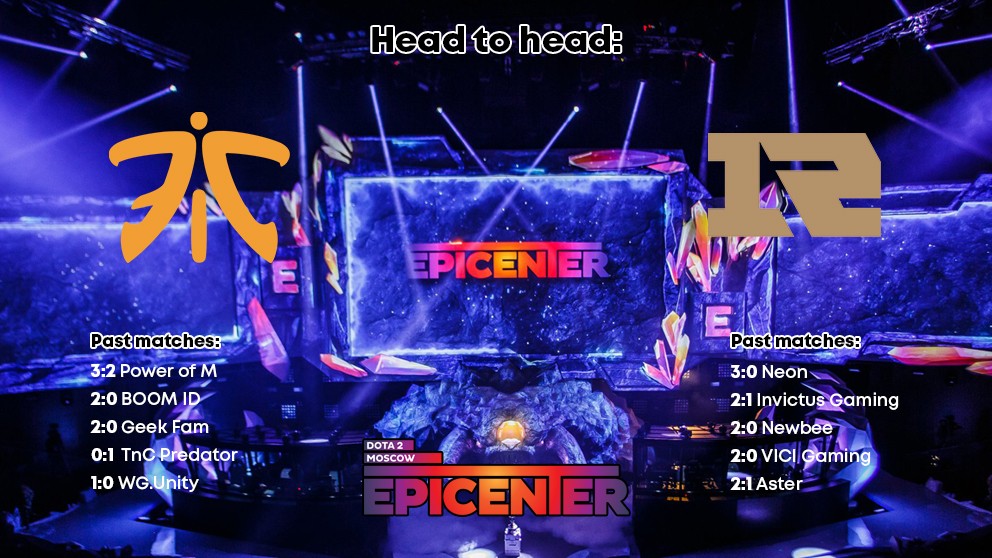 Fnatic with experienced and individually strong players demonstrated progress throughout the season. Everything went terrible during MDL Disney, where the team made critical mistakes. We only saw them at the EPICENTER qualifiers after that, where they lost to TnC for the first time in almost a year. The lineup isn't in the best shape.

Royal Never Give Up quickly turned from the Dota 2 beginners into a dangerous and powerful force to be reckoned with. After Flyby coming in April, the team was able to qualify for Major and win WePlay! Dota 2 Tug of War: Dire Asia. An additional motivation for them now is a chance to get to The International directly, but they need to get to the tournament Top-6.

Comparing both teams, we believe in the RNG victory more, because they managed to practice well and played better than the opponent in their last meetings. Of course, Fnatic shouldn't be written off, but not the best qualifiers' performance gives a base for reflection. The Chinese team must win. 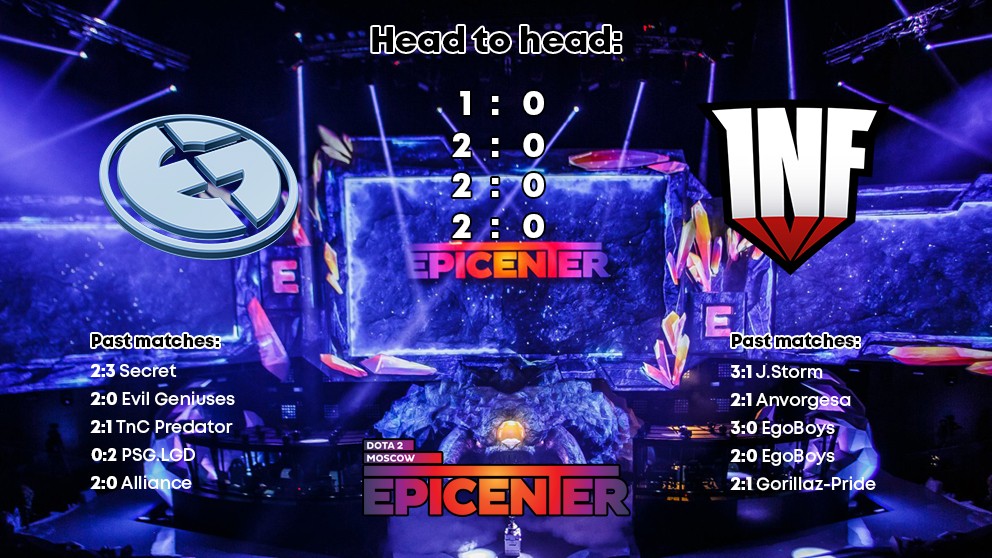 EG performs well, with the DreamLeague 11 exception. They took third place three times out of the four DPC tournaments. The stability and skill of this team have long pleased its fans, and all they have to do is to be better than the third place.

European Infamous won a place on Major due to South America qualifiers. The roster didn't look like a powerful and unified mechanism during the qualifiers, and they couldn't take first place because of it. The team was able to take second place due to individual qualities and experience.

Infamous will play at Major due to a region change, but objectively, they would hardly have passed in Europe. Undoubtedly, the lineup is quite gripping, and they managed to win WePlay! Dota 2 Tug of War: Dire America. But they played with Minor level teams (except for the Infamous technical defeat).

Evil Geniuses shouldn't feel any problems in the game with Infamous. 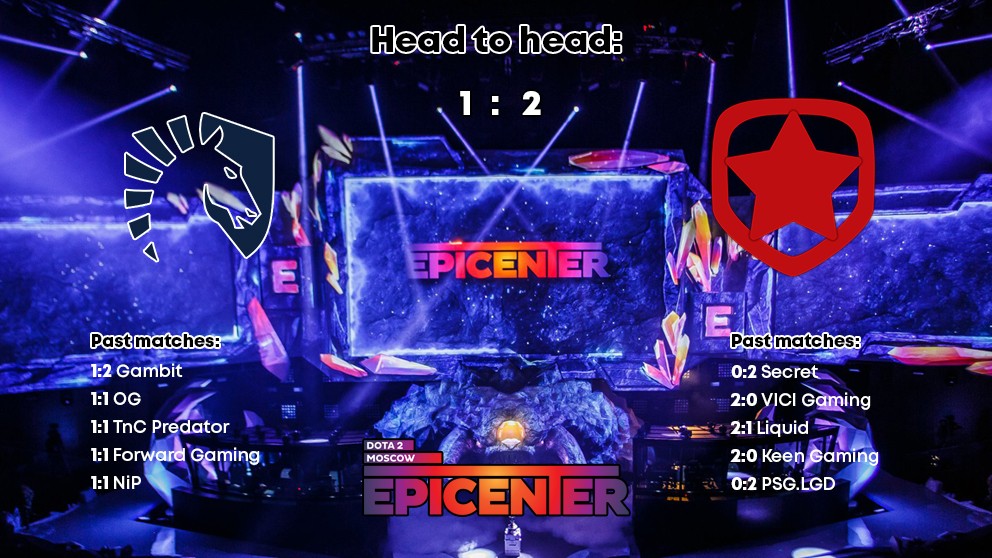 Liquid replaced Matumbaman by w33. Any changes before the start of the tournament always bear inevitable consequences. On the one hand, the beginner's motivation to show himself in the best way, and on the other hand, the team has to rebuild the team play and tactics.

Gambit began to show competitive Dota in the European region after working hard on their previous mistakes. It's still challenging to play against the top teams, but they're already able to beat the middle ones. Wise draft and understanding how to act in certain situations give benefits, but the individual players' skill is quite lame sometimes. If everyone can raise his skill to an even higher level, then the most influential teams of this world will fall to their knees.

The last meeting ended with a 2:1 victory in Gambit favour, and this one has every chance to end with the same score, but the opportunities are equal for both teams. It's still not clear how the replacement influenced on Liquid's game and the mood within the squad. Therefore, for the time being, we give victory to them in advance.