Dota Pro Circuit 2018/19 will come to an end today, and we will find out the name of the EPICENTER Major champion. Only three teams out of the sixteen participants in the tournament claim to win. We share our predictions for the final two matches at the Moscow tournament. 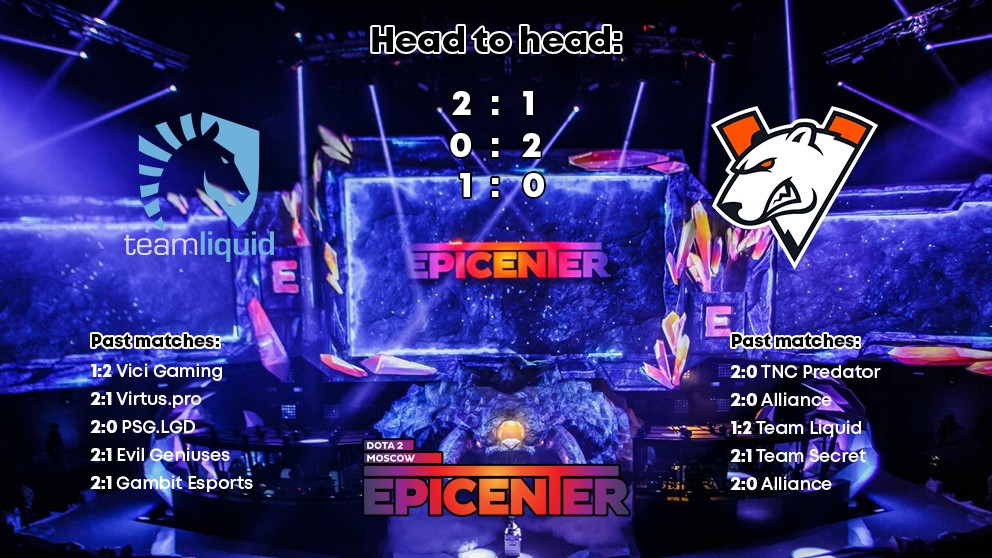 The "Bears" managed to interrupt their sad series of unsuccessful performances at the home tournament. Yesterday they had a wonderful day: four wins out of four showed that the team is in perfect order. If Virtus.pro manages to keep this spirit and this level of the game today, then they will have every chance of a final triumph.

But first, CIS representatives will hold an incredibly difficult match against Team Liquid. Last time Liquid sent VP to the Lower Bracket. Now the tournament has entered the stage where the "Bears" shouldn't do any mistakes, and the team play will be even better. We are waiting for a very tight, entertaining match, in which Virtus.pro has more chances to win.

Vici Gaming is the main boss of the tournament. The Middle Kingdom representatives play great and deservedly reached the Grand Final through the Upper Bracket. At the same time, the grand final will not be an easy walk for the Chinese. Each of the potential opponents can bring a decisive match on all five maps so that the audience won't be disappointed.

As for the final, in the case of Vici Gaming vs Team Liquid — the Chinese team will be the favorite. If Virtus.pro wins in the Lower Bracket final, everything is not so clear.

VP and Vici Gaming haven't played in Moscow yet (even though they started in the Group C), and they show a roughly equal level of play. Much will depend on how exhausting the match between VP and Liquid turns out to be. If there will be three long games, then Vici Gaming will be favorites, because VP may not be strong enough. If suddenly there will be two or three quick maps won or lost at the draft stage, the Russian team can win the tournament.