Playoffs have come! Five great matches for us to watch, and, unfortunately, also say goodbye to two teams. Traditionally, we have prepared some predictions for the upcoming meetings.

You could never dream about a playoff starting like this: two supreme DPC leaders will meet in the first round! Despite the fact that this match will decorate any tournament, there is still a favourite.

Virtus.pro is still shaking: their play level seems to be high enough, but there appear some silly errors of unenviable regularity. At the same time, Team Secret is now a locomotive rushing at full speed, and you better not stand on its way. Therefore, we believe that Puppey's squad will be victorious. 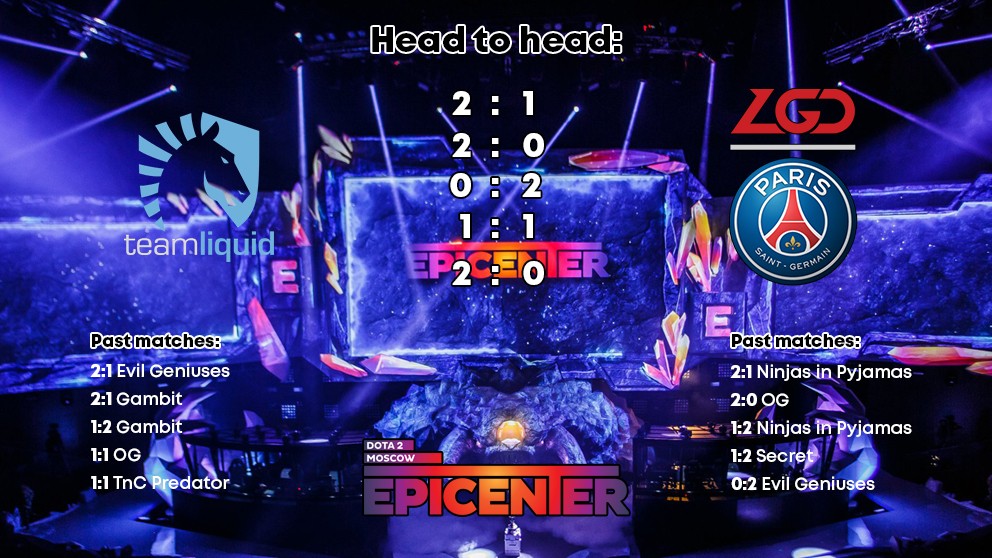 The Chinese team had a lot of struggle coming through an absolutely crazy group D to the top grid. Liquids also had to try hard, but in fact, everything did not turn out as optimistic as it looked on paper (largely due to the unsuccessful Evil Geniuses performance). Plus the European team recent roster replacement, and in the end we have a match where absolutely strange things can happen.

Team Liquid are looking more confident than the opponent, but, most likely, we will see three maps to determine the winner. 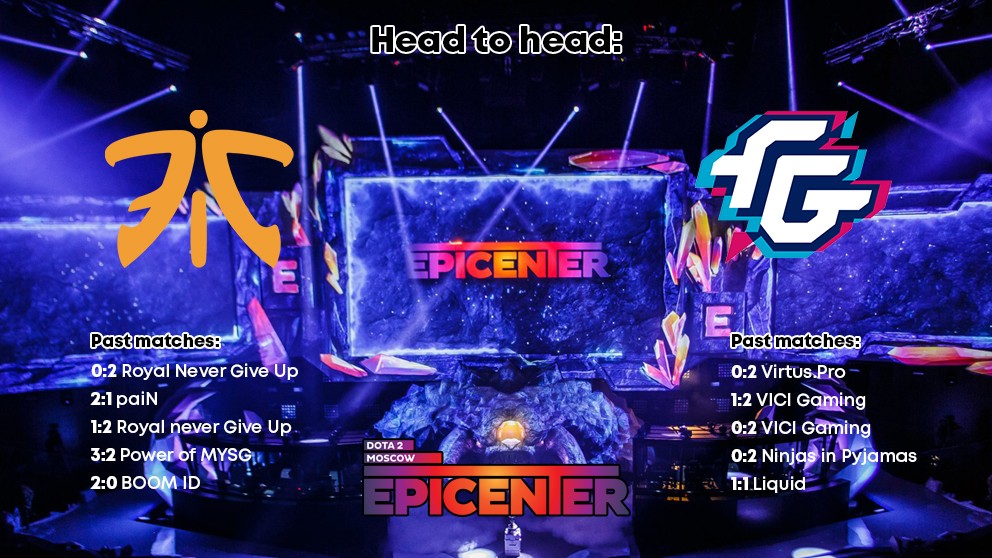 Phew! The most unpredictable match of the day. Fnatic has been wildly unstable lately, and in Moscow, things haven't changed a bit. And the match is Best of 1 format!

Forward Gaming, despite its outsiders status, are skilled enough to punish their opponent for a single game or draft error. Best of 1 is random so we can't really tell who to choose between orange and azure — decide as a matter of personal taste. 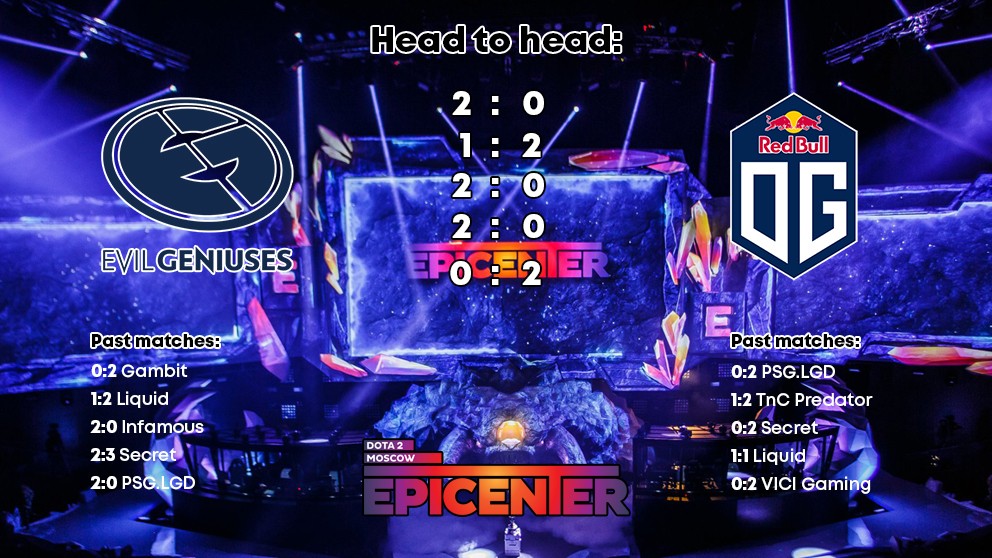 This meeting is somewhat more obvious. First, it is extremely doubtful that n0tail, after having been forced to skip Sunday game day, will be able to be 100% ready by Monday. Second, Evil Geniuses had a full day of rest: they could get in shape and correct all the errors that led to the lower grid. Third, in Paris, Evil Geniuses defeated OG 2-0. All this suggests that the North American team must proceed.

EPICENTER Major organisers acted quite strangely, having also put the fifth match into a standard schedule: the winners of Team Secret - Virtus.pro and Team Liquid - PSG.LGD meetings will battle. Both the "liquids" and the Celestial Empire doters will have a hard time reaching the winners' semifinal, because these teams have really big problems that can hardly be fixed in one or two days. Therefore, the winner of Team Secret - Virtus.pro couple will be the favourite in this match.