E. Honda had the most online wins in SFV for December

E. Honda had the most online wins in SFV for December ⚡⚡⚡ Esports and gaming news, analytics, reviews on WePlay! The latest news on WePlay!

With their Shadaloo  C.R.I.website updated, Capcom has revealed the latest online stats for Street Fighter V. It covers game stats across Ranked, Casual, and Battle Lounge for the month of December.

E. Honda joined Street Fighter V: Arcade Edition during last year's season 4, and even though he isn't considered top tier right now, he still has the most wins for December. Prior to the sumo wrestlers rise in successful matchups, Urien and M. Bison were the reigning champs. Interchanging between first and second for months, E. Honda only managed to come out on top in December with two points ahead of M. Bison. 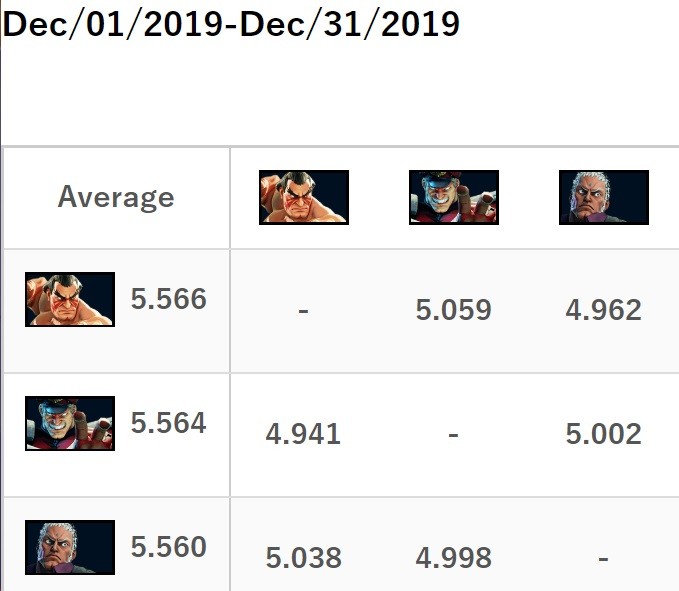 It's a normal occurrence for players to frequently use new characters in a bid to learn their ins and outs. However, in the case of Street Fighter III: Third Strike boss Gill, his use was even higher than expected. As the fourth "most used" character in December, Gill missed out on entering the top 3 to Ryu, Akuma, and Ken.

Gill joined the roster in December alongside the Champion Edition patch which also brought several balance changes and an additional V-Skill to each character. In essence, he achieved the fourth spot with less than 30 days into the game. Given more time, he might have been able to steal the number one spot.

The verdict on Gill's viability in the game is all over the place, with tier lists featuring him at the top, bottom, middle and some omitting him entirely due to how new he is. Gill even has multi-game champion Dominique "SonicFox" McLean playing Street Fighter V: Champion Edition a lot, which has sparked speculation that he could be competing in Capcom Pro Tour 2020.

Gill also happened to have the lowest average win rate of 4.313, with a difference of over 300 points between him and Rashid, the second-lowest. Once Capcom Pro Tour 2020 begins in March, we'll have a clearer picture of how useful Gill truly is.