Dying Light is a first-person zombie apocalypse game which is absolutely amazing to play. It is set in an open world where players have to fight against an expansive urban environment overrun by a vicious epidemic.  There are tons of amazing mechanics in the game such as parkour, sliding, jumping from roofs to roofs and much more.

The game itself is mostly melee-based but in total, there are over 100 ready weapons you can use. In total, if you start crafting your own weapons, you can increase that number to over 1000, which is just mind-blowing.  The sheer range of obtainable weapons is just insane. It goes all the way from a Baseball Bat to various RIfles, however, the best ones are of course well hidden and you can only get them once you complete some hidden events, unlock police vans or find the needed blueprints to do it.

Of course, Dying Light is not all about killing the mindless Zombies and roaming around. There are also tons of side missions which can give you a lot of bonus XP, money and more.

Let's take a look at some of the top locations from which you can find rare weapons. 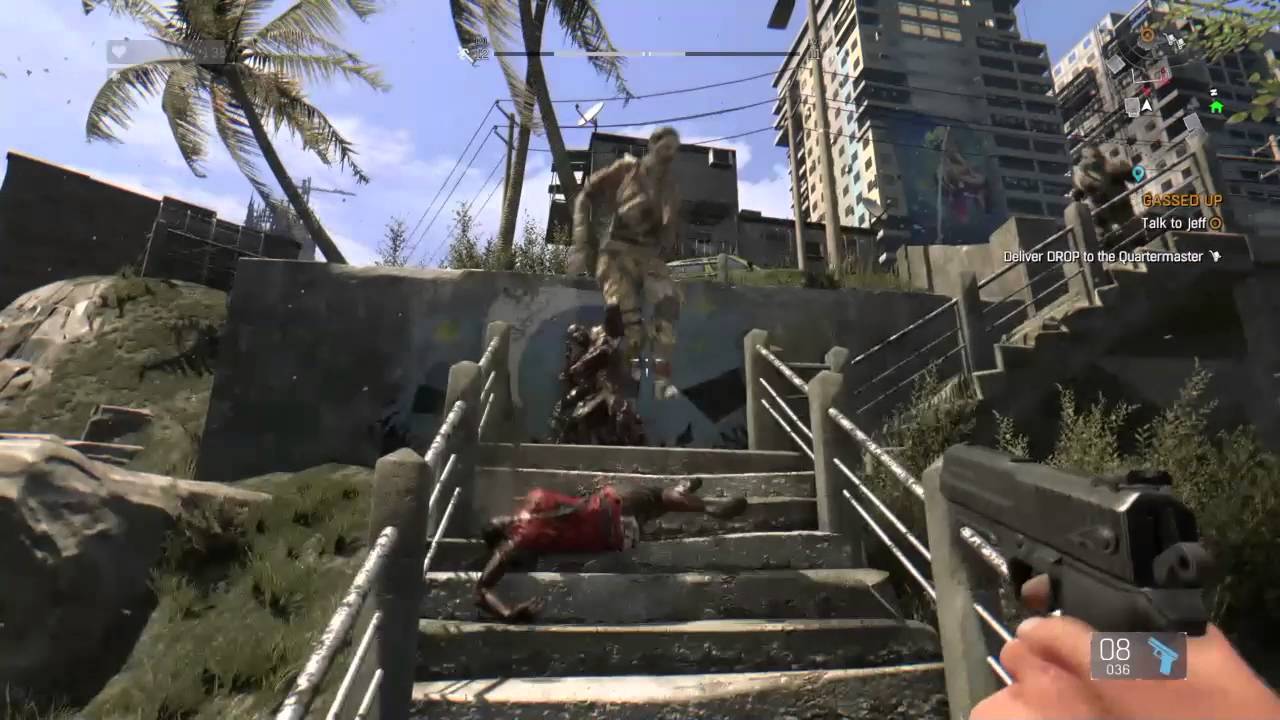 One of the first secret weapons which is also pretty cool is the German 9mm.  It is located in the southeastern Slums where it lays inside an old shack int he base of the cliff.  Once you get there, you need to look around for a dead body because the pistol is going to be next to it.

This is a fairly powerful weapon to use when there are not that many enemies around you.

Another amazing weapon is also located in the Slums map. However, this time it is in the far Sout East of it and you need to swim out to the tiny island in the water. Once you do that, you`ll see the sword impaled on a dead body.  It takes a bit of time to get it off the body, so be sure to keep pressing the button for around 2 minutes in order to get it.

In addition to the method mentioned above, you can also craft the weapon.

This is definitely one of the coolest weapons around because it is essentially a reference to the legendary sword of King Arthur. In addition, it also does over 400 damage, which is one of the highest in the game. However, it is fairly low in terms durability and it can't get repaired, which means that you need to use it wisely. 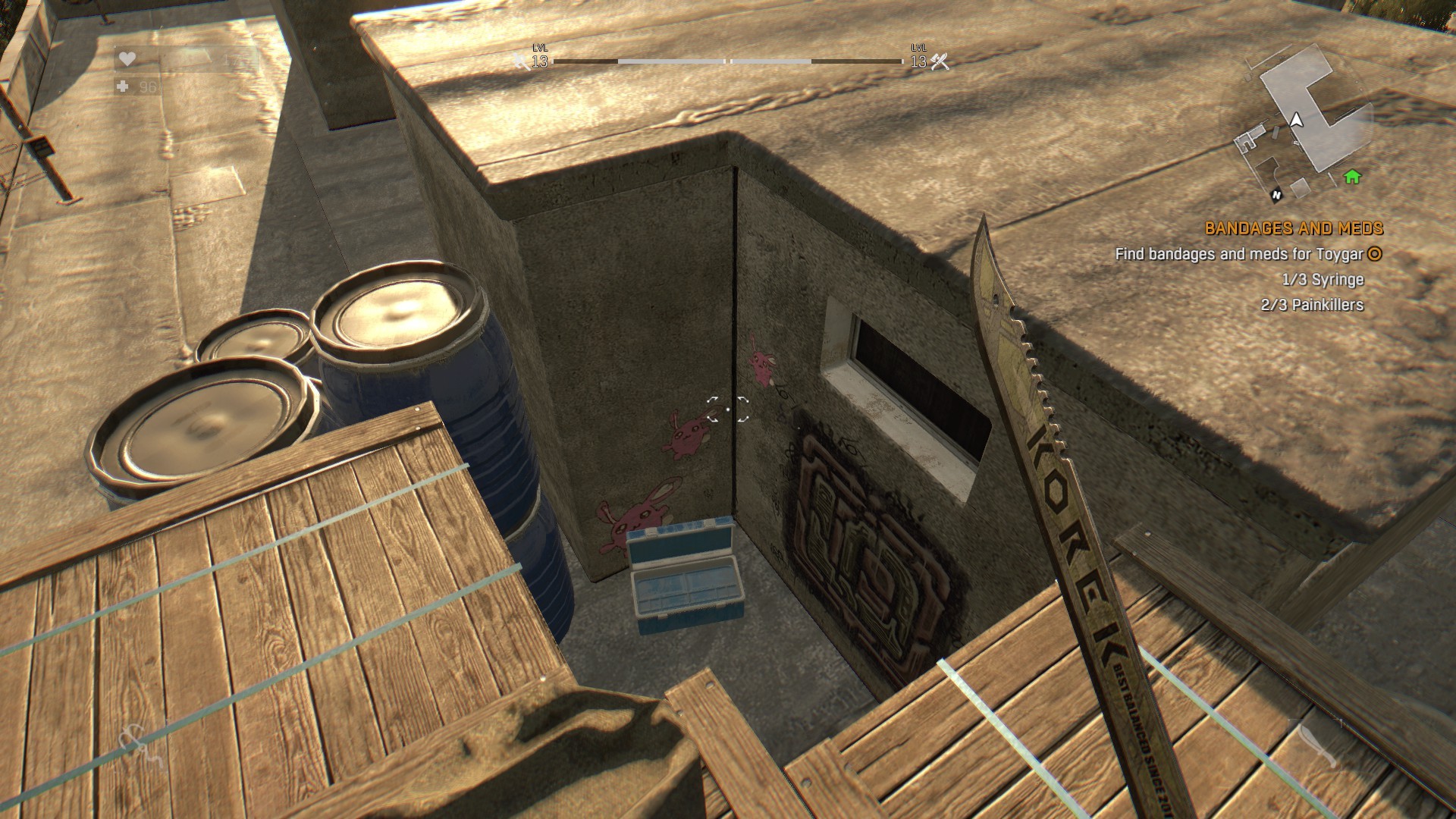 This secret weapon is located in the Nort of the Slums and in order to get it, you need to go to the middle Safe zone. Once there, look around for a building which as a form similar to the word "C".  As soon as you find it, climb on top of the roof and drop down between the crates until you see a blue toolbox.

When you find it, you need to destroy the box by kicking it numerous times. Usually, it will take around 40 kicks but this may vary. Once you open it, inside is the Korek Machete which is basically an axe weapon named after one of the game developers. Similar to the sword above, this item does a lot of damage but it also has greater durability.  You can have a lot of fun killing zombies with it.

Last, but not least, the Korek Machete can't be repaired, which is kind of sad. However, it only costs like 10 Alcohol and 20 Metal parts, which are among the most common materials in the game.

Located in the Slums, the SiCk bomb is a really fun weapon. In order to get it, you need to play checkers on top of the tower. You can do that by climbing on the highest floor of the tower. Once there, look around for a checkers board. As soon as you find, try to interact with it.

After you do the steps above, use the elevator and get down to the first floor. After this,  you need to go back and interact with the board again. In total, you have to do this around five times in total, which might be a little bit annoying but it is what it is.

The last time you go to the checkers board, you`ll see a blueprint on the desk next to it, which is your prize.

This is not a weapon but nevertheless, it is one of the most interesting easter eggs. It is obtainable during the Escort mission where you`ll need to escort several people around the map. As soon as you start escorting Baber the Werewolf, you will see a couple of hangers. You need to enter the second one, (it is going to be the one which the Werewolf walks right past). Once there, you need to activate the electric switch located on your left-hand side.

You will definitely be amazed at the sight of zombies doing funny dances similar to Michael Jackson's Thriller. 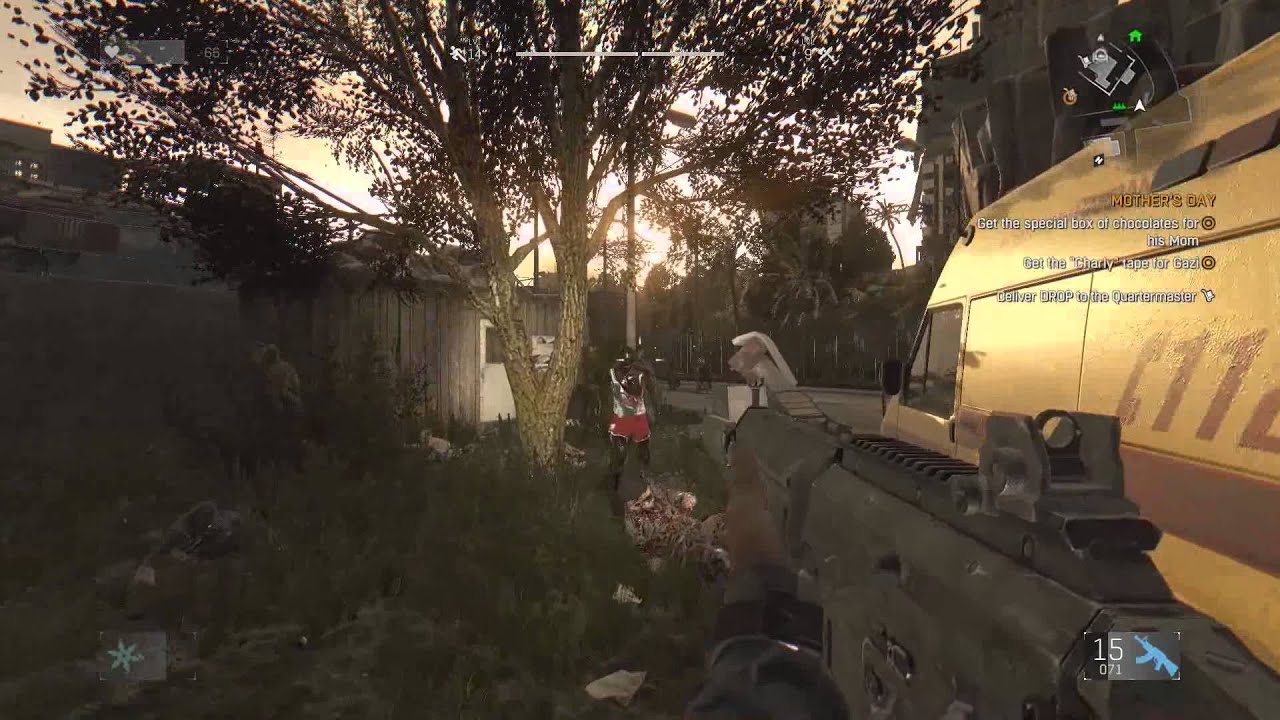 Similar to the other amazing weapons, this one is also located in the Slums. However, unlike the others, in order to get it, you need to kill the guy who is holding it. he will show up at the very end of the mission called "Pact with Rais". To be exact, you need to look for a gas station and he is going to be on top of it.

If you follow the entire mission through, the part called "Find the missing patrol" will pretty much guide you to the exact location. Try looking for an envelope with blueprints in it.

This rifle does a decent amount of damage and it is also possible to repair it, which is a huge bonus compared to the others.

This one is located in... you guessed it, the Slums. To be specific, inside the room in the Tower.

Similar to the Dancing Zombies, the guitar is a very fun Easter Egg which you can interact with.  In fact, you can even try to play some songs on it but keep it in mind that it will blow your mind, but not in a good way.

However, during the later stages of the game, you`ll have the chance to search for a school. Once you go there, there should be a closet at the back of the classroom with a book called Guitar lessons. If you actually pick up the book you can try to play the guitar again. Unlike the previous time though, this one should sound beautiful and safe.

This easter egg is accessible during the Bunker side quest. To be specific, when the "Get Inside the Bunker" sub quest appears, you need to enter the Town Hall and walk upstairs. Once you do that, stand in front of the elevator and just wait for it to open.