The next Dota Underlords preview introduces us to our first Underlord, the fairy Hobgen. He seems to have a huge love for settings on fire, his teammates included. 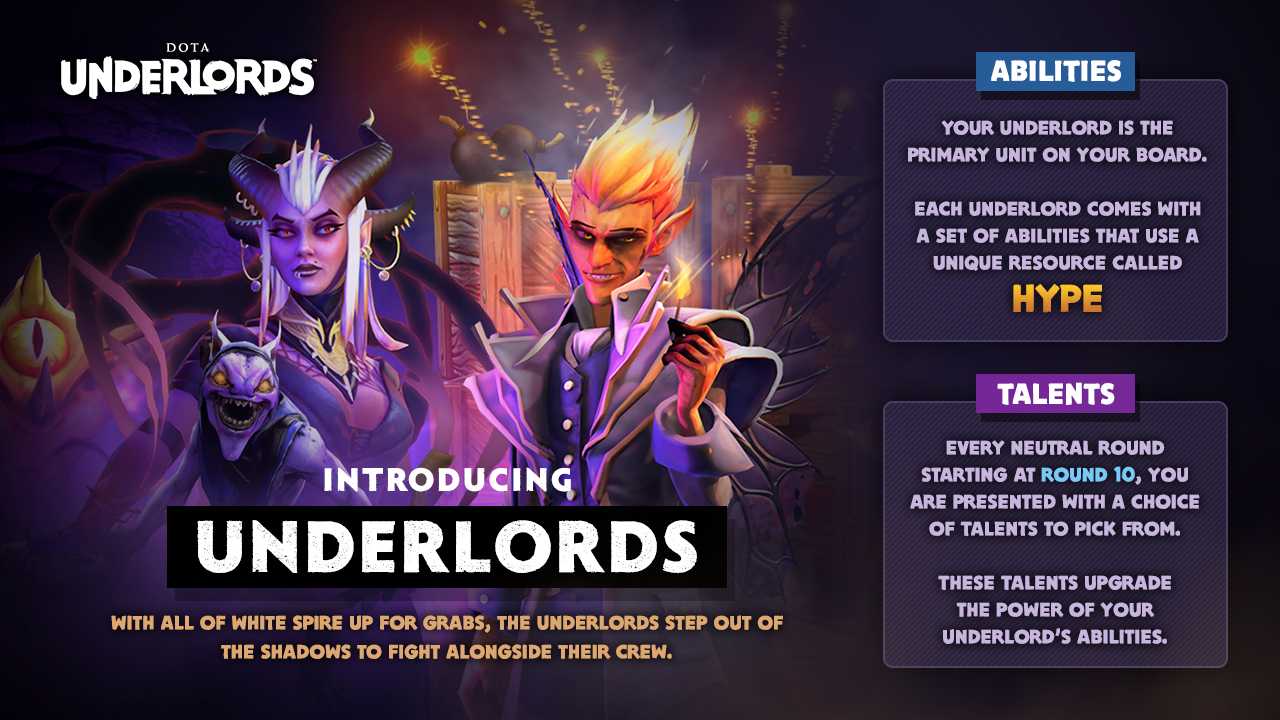 Every Underlord has a set of abilities that use a resource called Hype. They also have Talents which are used to upgrade Underlord abilities. Every neutral round from round 10 will provide players with a selection of Talents to choose from. At round 20, players also get to pick one of two ultimates. Here's Hobgen's kit: 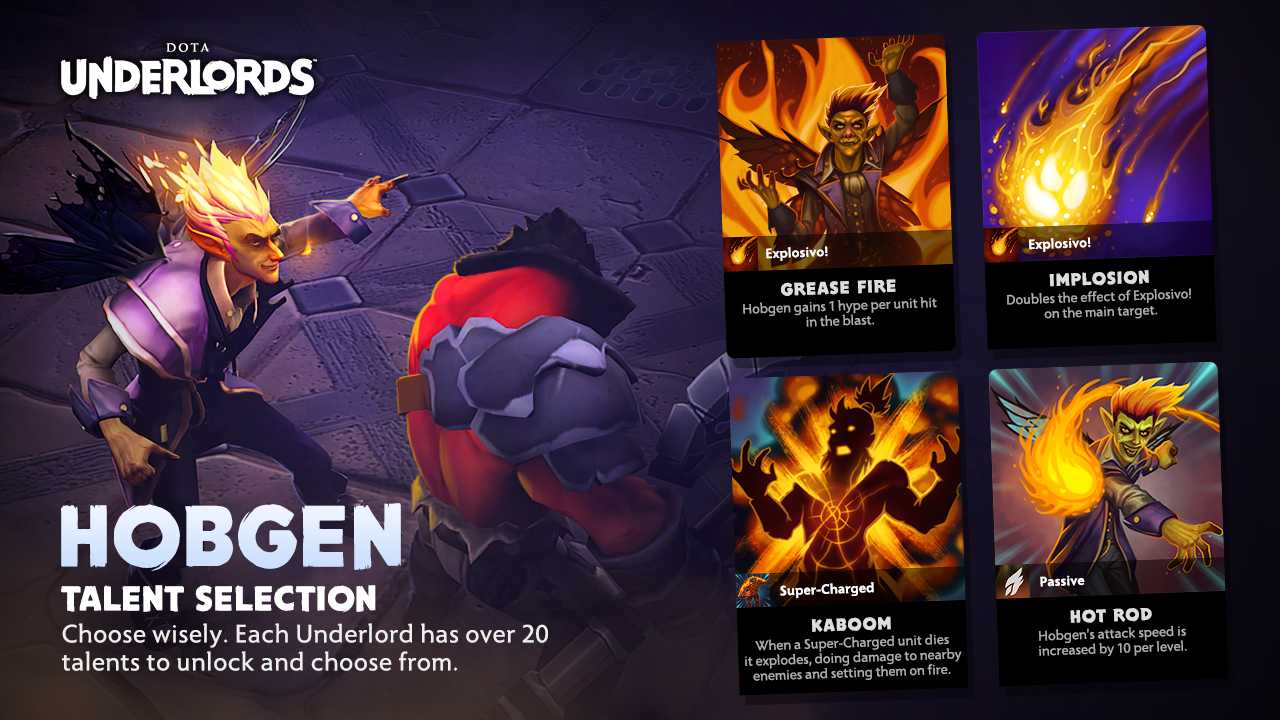 Each Underlord has over 20 Talents to unlock and choose from. We were given a look at four of Hobgen's.

Now that we've been introduced to how Underlords function in the game, we could be seeing more than one per preview. Especially since we're getting very close to launch and have no idea how much information is still left to share.