This Dota Underlords Season One preview gives us a look at our second Ace Tier Hero. It also introduces the game’s new daily ban system, which should keep players on their toes.

Io is a Tier 3 Hero that falls into both the Primordial and Druid Alliances. Its abilities make it a great support option.

Faceless Void is our second Ace Tier Hero which is a Primordial and Assassin that commands time.

Every 24 hours, a couple of Heroes will be removed from the pool. The jail will help make sure the addition of Season One’s 12 new Heroes will not make ranking up more difficult. It will continually change things up since these bans will be a daily affair. 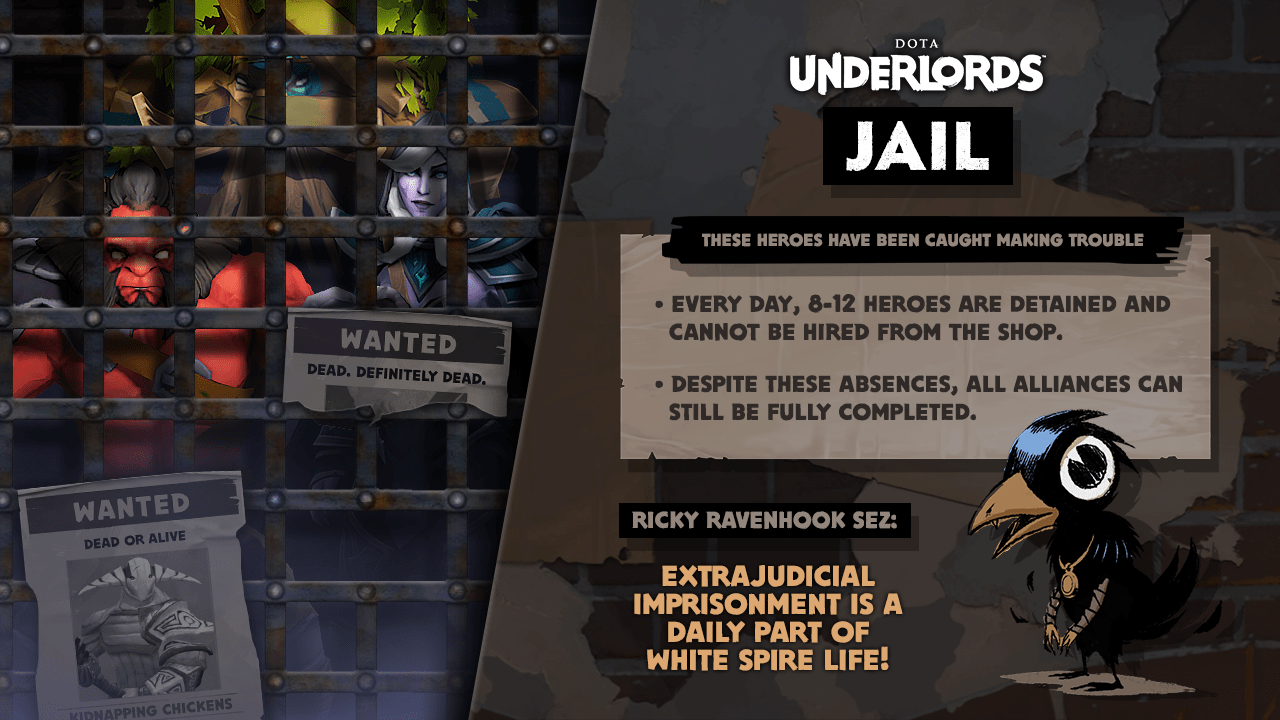 Valve is also taking care when picking Heroes to ban so that no Alliances are left crippled as a result. For example, if an Alliance needs four Heroes to activate its ability, there will never be less than four Heroes from the Alliance on any day.

The addition of Io and Faceless Void completes the list of 12 new Heroes, so the next preview will likely focus entirely on new game systems instead.