The fifth Dota Underlords preview of version 1.0 introduces us to two new modes, Duos and Freestyle.

The Duos mode has two players unite to face off against seven opposing pairs. Teammates will share the same health and level but play in individual battles against their opponents. They will also be able to send each other gold and Heroes to help rank up their crews and complete Alliances. 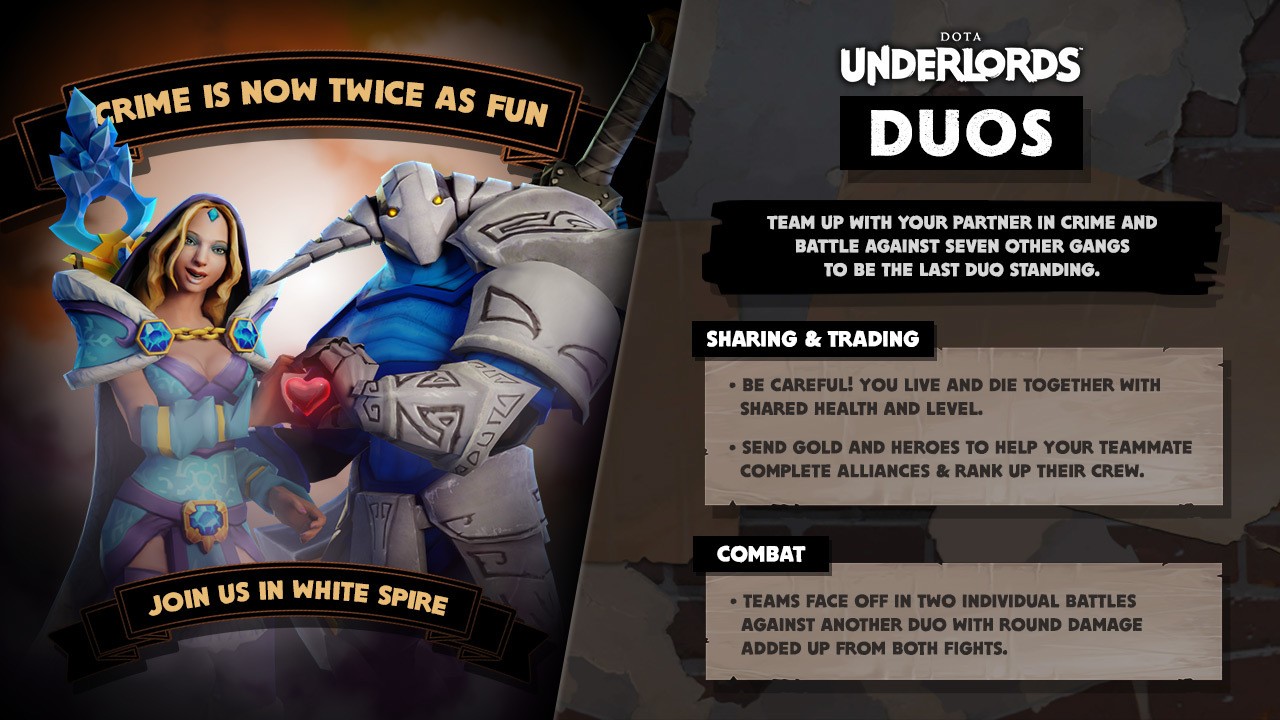 Having a teammate will not only help the weaker player support the stronger, but will also require new strategies and add more depth to the game.

Think of Freestyle as a sort of fusion between a creation and practice mode. In it, players control the board and can set up any scenario they choose, allowing them to experiment with different compositions and test theories. Additionally, these creations can then be shared with friends and the general Underlords community. 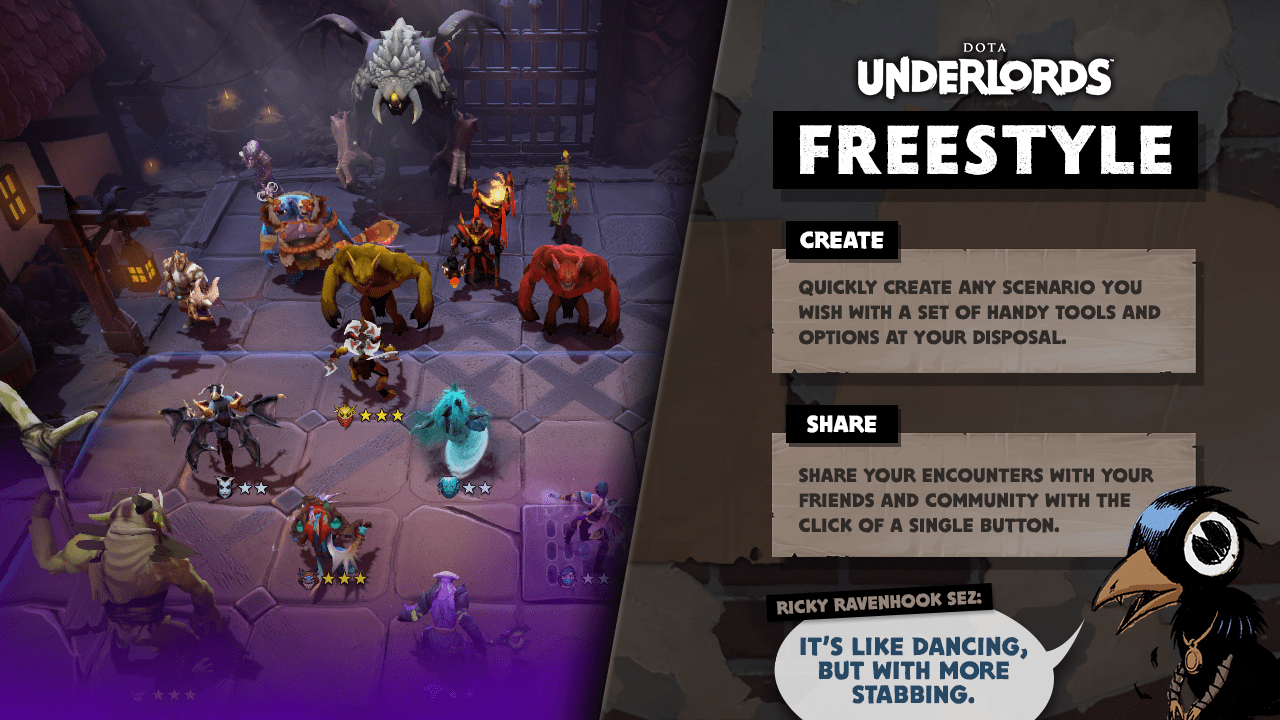 Valve assures us of even more previews to follow in the days to come.