Valve’s attempt to develop its own version of Dota Auto Chess – Dota Underlords – has just received a small mid-week update with a number of changes and improvements. Looks like the company is going to focus on this particular game for the nearest future.

The detailed patch notes were published on Reddit. Right now, Dota Underlords is undergoing testing period and the sweetest addition with the recent update in the long-awaited Ranked Play. The developers do warn that the ranks will be reset once the Open Beta period starts. While this addition is obviously the major one, Valve has also implemented a number of fixes and UI changes: 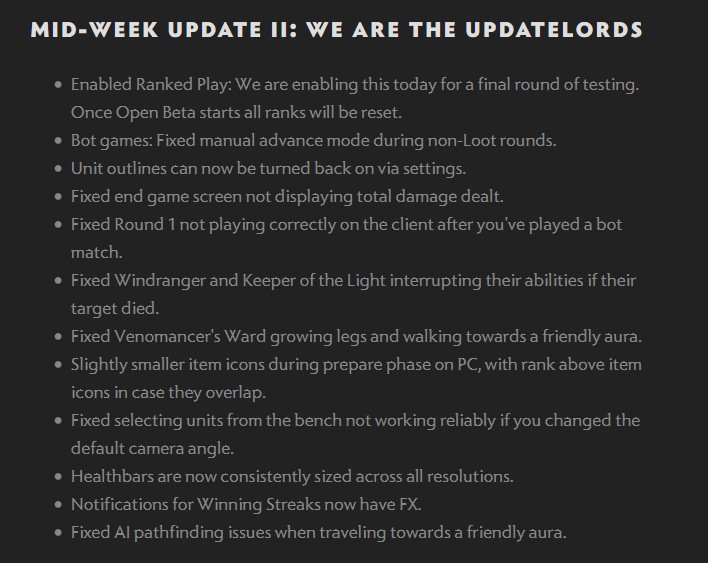 The previous small update, which dropped just a few hours before the aforementioned one, enabled another much-requested feature – a fully-fledged Tutorial for new players. You have to admit that despite the huge popularity of the Auto Chess concept, it doesn’t necessarily mean that everyone knows how to play it. As you could’ve imagined, the update also incorporated another batch of tweaks and fixes: 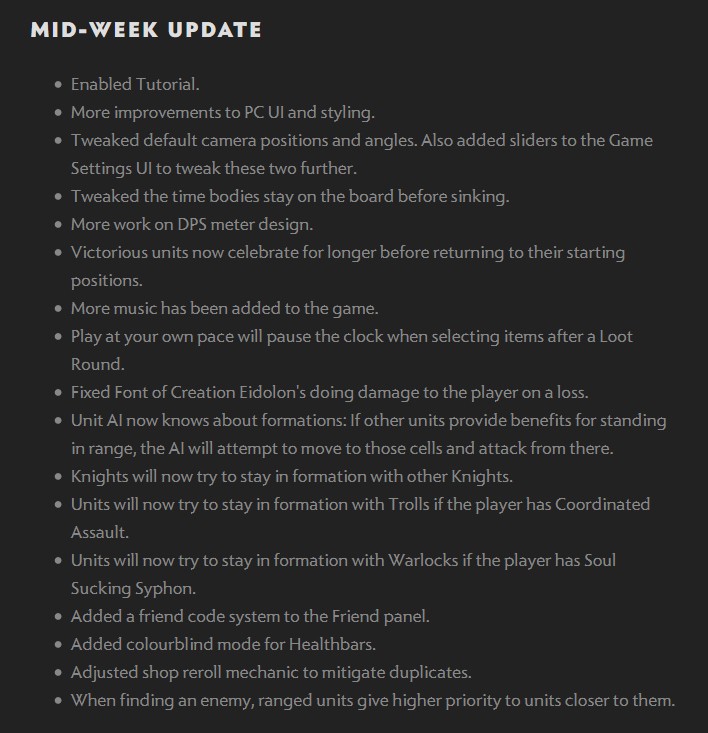 By the way, we’d like to remind you that we’ve correctly predicted the essence behind Dota Underlords IP when Valve registered the trademark. Well, it wasn’t our only prediction, but it definitely was our first and most obvious guess. You can see it for yourself here.