There has been talk of a Dota Underlords Battle Pass for some time now, but it wasn't until a Steam post by Valve employee Adrian Finol, that we got an official statement regarding its release. Speaking about the July 4 update, Finol added,

"The week after you'll see the release of progression and what we call the Proto-Battle Pass. This beta Battle Pass will let us iterate on the system with you and get your feedback on what works and what doesn't plus what kind of content you'd like the Season 1 Battle Pass to include."

Though we haven't received any specific details about the Proto-Battle Pass from Valve, a number of leaks have been unearthed through a series of Steam Translation Server (STS) strings. STS is a  project open to the public in which Steam and selected games can be translated by volunteers. It is Valve's effort to ensure all their content is fully localised in the 26 languages Steam supports. 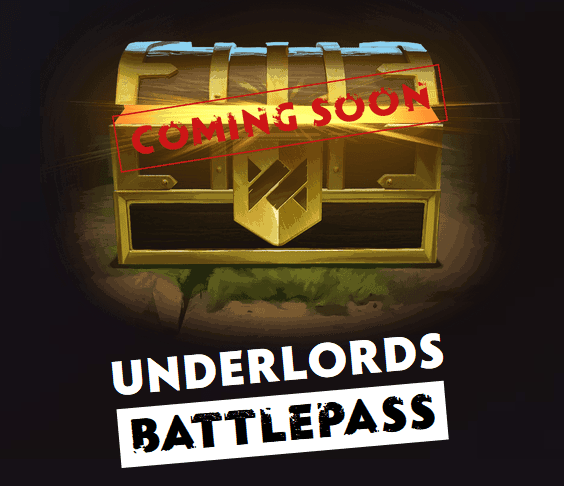 Going through Dota Underlords strings from the game's last update has revealed content that is believed to belong to the Proto-Battle Pass. The fact that these strings exist means that Valve is currently on track with its plans to release it soon. Information found includes,

It is also expected that 3 game boards will be made available and a cosmetics store, both of which are presently hidden in the game. There might even be a music and voiceover kit.

An image of the Battle Pass HUD was leaked the same day Dota Underlords launched in open beta, but might not look the same when we finally get it. Rumours also claim that Valve has been giving major Steam Workshop creators contracts to sign with regards to Dota Underlords.

Due to the experimental nature of the Proto-Battle Pass, it could be free to all players until things are properly fleshed out. For an in-depth look at the leak check out the video below by VNN.