The developers announced significant changes in the Dota Underlords upcoming update. Now you will choose between Casual Match, where you can play for fun or try new strategies, without any worrying to lose your current Rank. Or you can play Ranked Matches, where an opponent will be found, according to your Rank.

Also, your Rank now is a definite number, and you can watch how it's changing after the match. It's all up to you and where you finish. You'll be granted bonus points when you reach the next minor Rank, and it'll be locked in once you obtain a major Rank. 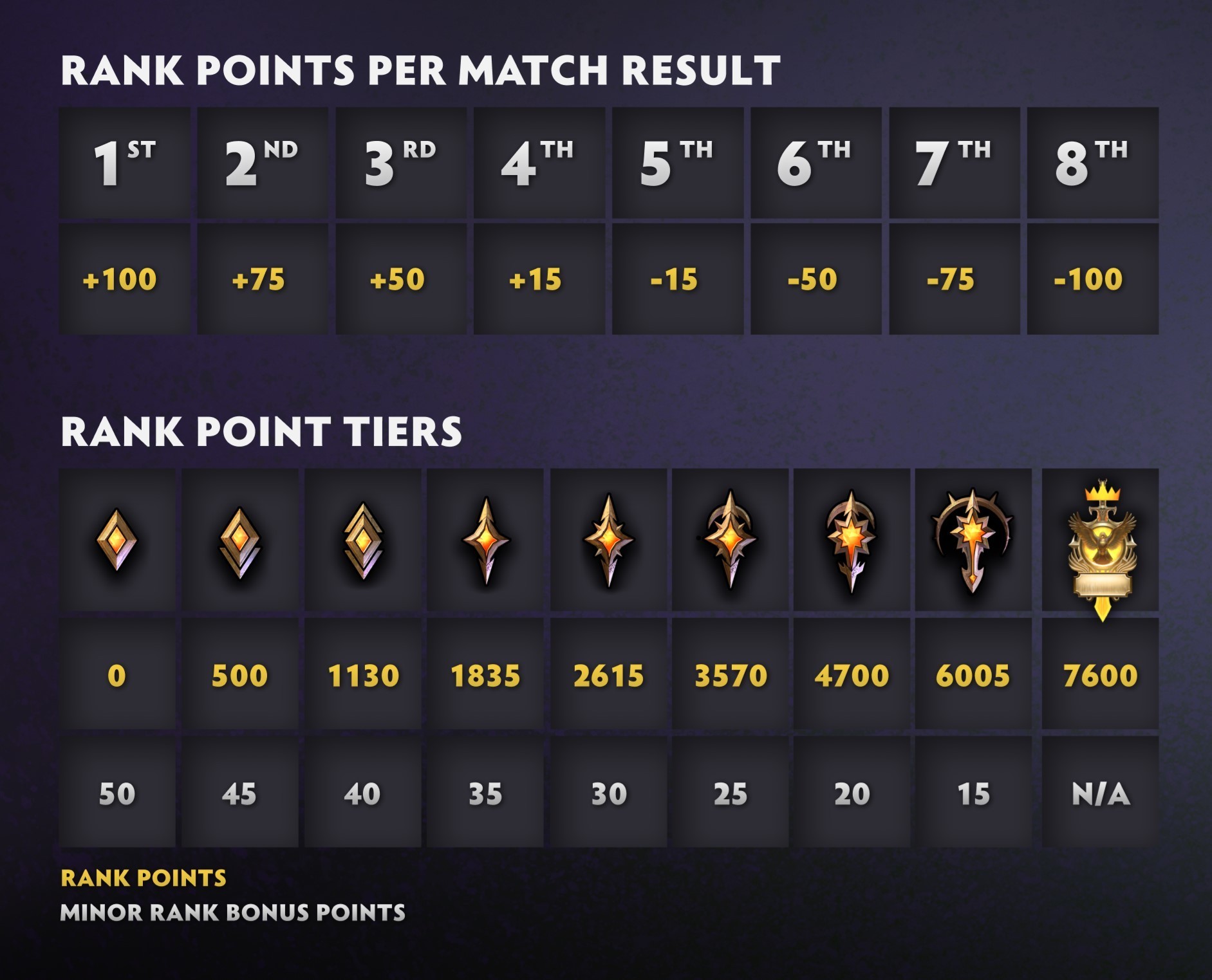 The developers also announced that a current Rank would be converted to the new system: "The Lords of White Spire will be set to Big Boss V, and the leaderboard will be cleared."

Now it'll be more clear how your Rank is obtained and more convenient to play with different purposes.