It is difficult to begin a story about the development of the whole region. Stories are built around people and their actions. North America is more about marketable and easy-played League of Legends, but in recent years, Dota 2 almost overlaps the monopolist. It all has started with two players — a dramatic story to begin our tour.

A Tale Of Two Captains

Once upon a time, there was a boy named Kyle "Swindlemelonzz" Freedman. He played Heroes of Newerth MOBA with his brother Zachary "ZfreeK" Freedman. Father led their financial activities, which went smoothly. Since 2010, the brothers and their team Stay Green made their way to the first offline tournament — it was Dreamhack qualifications — and in three years they became the best in their field. By 2014, Swindlezz decided that he had achieved everything in HoN, taking five league titles, so he decided to draw attention to Dota 2. Sure he did, as the championship with a prize fund of $16 million sounds tempting. 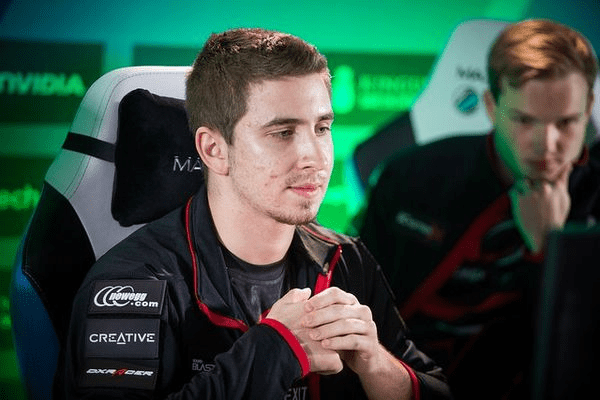 Back in 2011, at the beginning of his career, he invited Peter "ppd" Dager to join him at HoN. Peter was not considered as a skilful player, but he learned very quickly. The team's potential grew, they have received sponsorship from Trademark eSports and went to DreamHon Winter 2011. But on the day of the flight to Sweden, ppd learns from Kyle that his brother ZfreeK will take Peter's place. This resentment has been driving ppd to a fierce rivalry for many years. 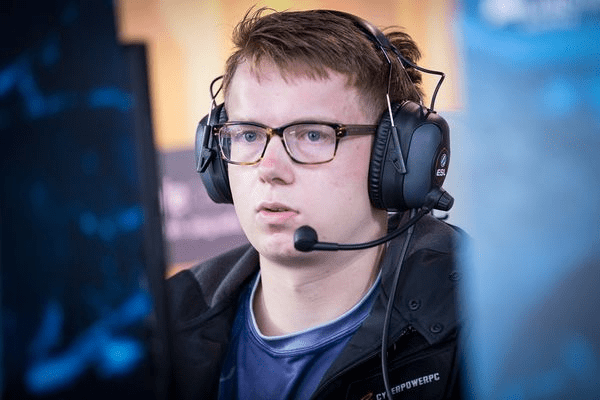 But this fact alone would be too irrelevant for two good players to have such hostility. The second stage of the drama unfolded in June 2013, when ppd had the opportunity to strike back the self-esteem and reputation of Swindlezz. Stay Green lost two players, and rumours began to circulate about the complete dismissal of the roster — rather strange news after two HoN championships. Peter knew the departed players, so he decided to clarify the situation by writing a post. In it, he stated that Swindlezz, ZFreek and their father deprive players of income with the pretext of taxation. Khezu and Slickz, who have left the team earlier, verified this information. Moreover, the confirmation came from the Freedman family. Admittedly, they could have avoided excess taxes if their financial education was better. The conflict was fueled by players telling about their negative experiences with Kyle Freedman.

Peter "ppd" Dager's post ended with a phrase confirming that the old grievances are not forgotten.

All in all: Swindle I hate you, and you're a terrible person. You started acting somewhat noble once you started winning, but I'm glad to see you're still the snake that you were two years ago. Hope you all the worst. PPD

A couple of months after that, Peter played HoN and then went to Dota 2 with Zai and the Canadian talent Arteezy. They founded S A D B O Y S, which very quickly became the new Evil Geniuses (EG) roster. A year of hard work, third place at The International 2014 and a million dollars earned. 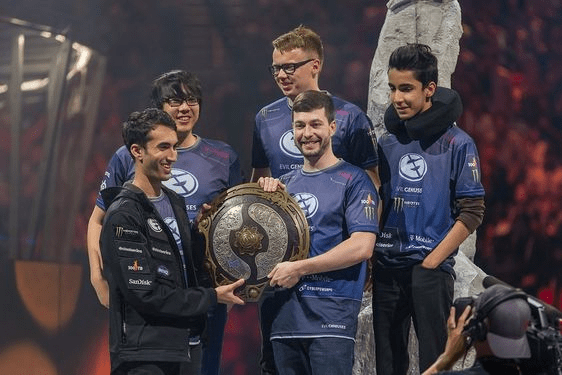 Perhaps after this, Kyle had the motivation to prove to Peter that the rivalry was continuing. Therefore, every match of compLexity vs EG becomes a new page in this story.

Swindlezz and his team moved to a new game. They were accepted by compLexity, but the roster quickly collapsed. Someone left because of health issues, someone wanted something new and tried other teams. But nevertheless, with constant replacements and incomplete teamwork, CoL regularly won Evil Geniuses. Kyle thought that was not enough. No short-term victories compensate on an excellent standing team.

Starting winter 2014 to late summer, 20 players from three regions passed through the compLexity squad. Only Swindlezz and his brother ZfreeK remained unchanged. By The International 2015, compLexity's lineup looked like this: 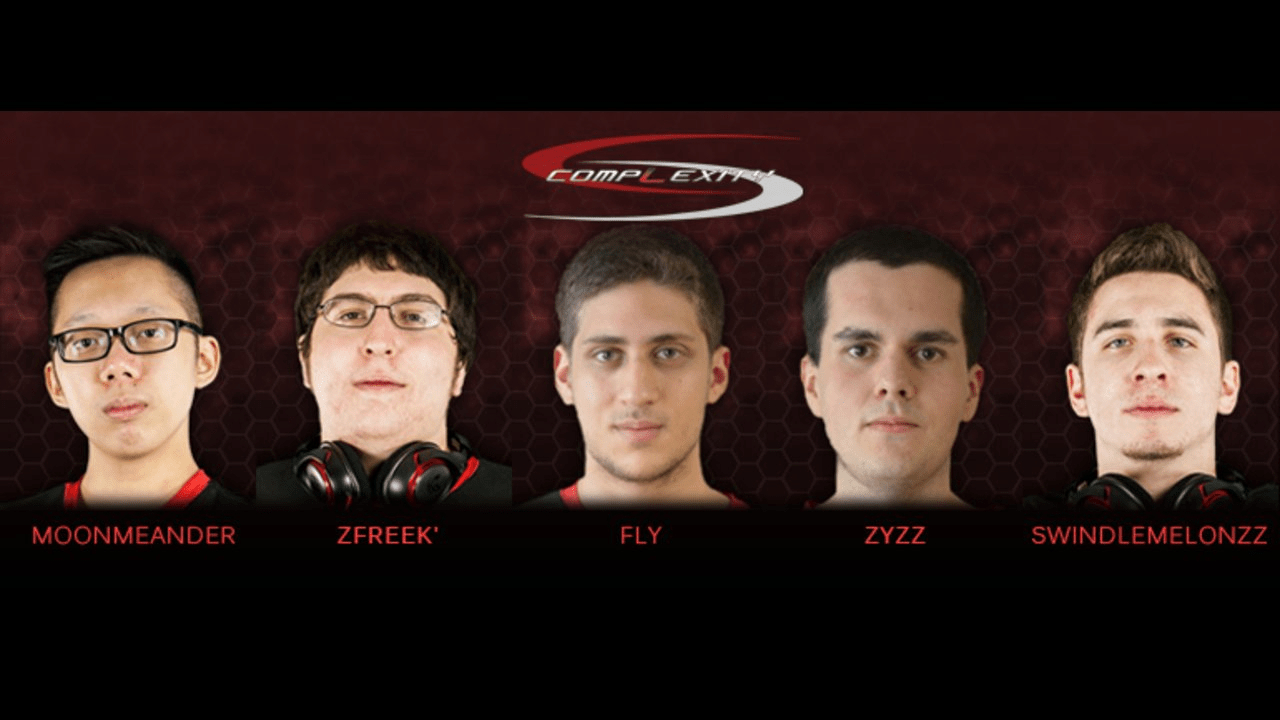 Once the squad was announced, Kyle wrote: "I understand that I’m nobody and my team is very bad, but I’m sure that we will be good and popular because we are going to win. I do not know when this will happen, but I will not give up until this scene is mine."

Besides, he said that he was going to win two TIs — no one has achieved it on the pro stage of Dota 2.

The result: 9-12th place on TI5 and $221,155. Social media called the American five "the tournament's main revelation", they were admired, but the captain treated himself and his teammates much more critically. Mostly because at the same tournament Evil Geniuses took the first place and grabbed 6 and a half million dollars. 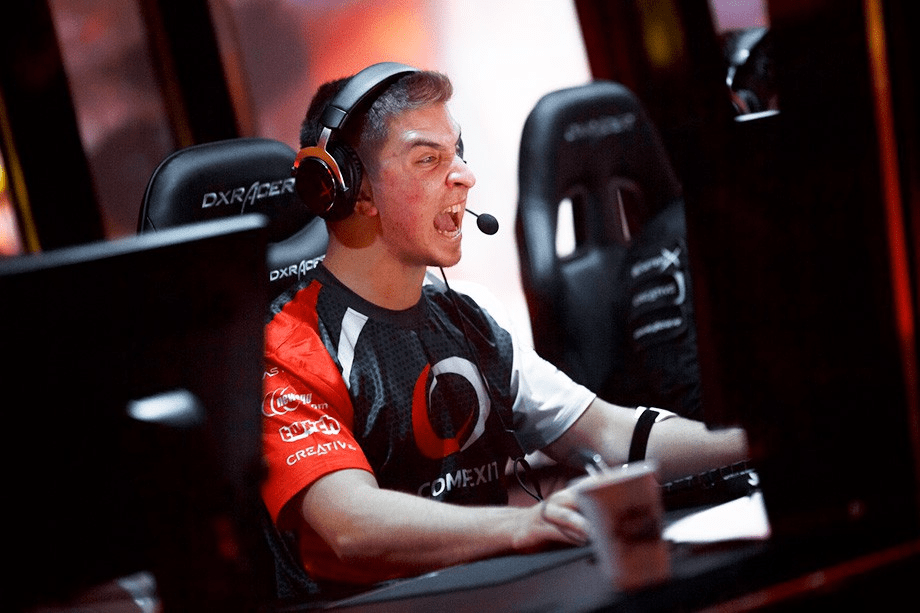 The One To Fear

But there was a third man. The North American region has faded before Europe, but sometimes there appeared heroes, who pulled out previously unknown compositions and brought out star players. That was Clinton "Fear" Loomis. His journey started from the first DotA: Fear played since 2006. Running ahead, he earned more than two and a half million dollars for his entire career in esports. 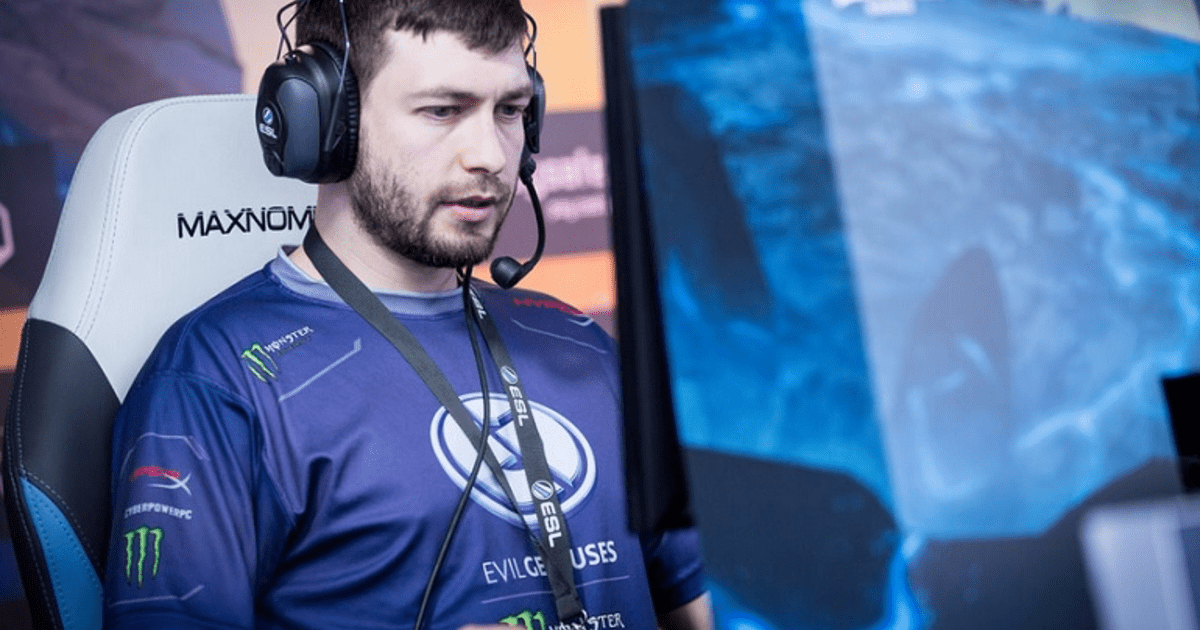 In Dota 2, Loomis made his debut with his team, OK.Nirvana.int. And at first The International took 7th place, which earned Valve’s attention and in future will get a part in the Free to Play 2014 movie.

The Third Captain intersected with the first two: in February 2014, Fear and ppd played for S A D B O Y S, which was signed by Evil Geniuses. Unfortunately, in June of the same year, due to a hand injury, Fear left the position of a player and temporarily took up the status of a coach. He missed the third place of his team at TI but managed to win the championship next year.

Stubborn, silent, with a sad look, he twice survived Arteezy's betrayal, opened Sumail "SumaiL" Hassan for the world community, won the Dota 2 Asia Championships 2015 and in the same year won the main championship in his life — TI5. 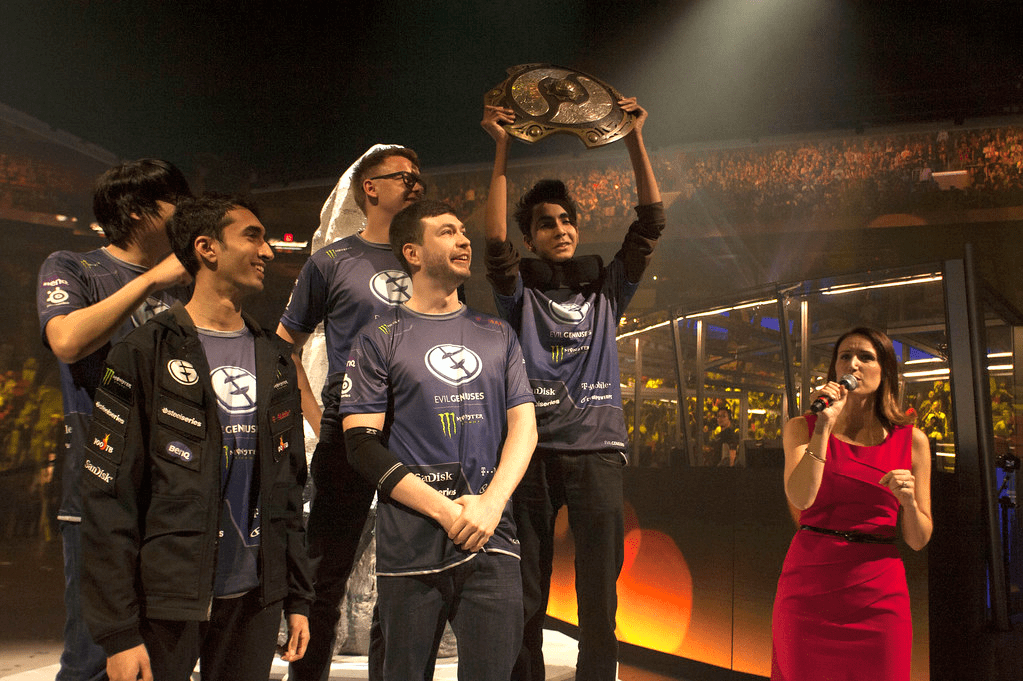 He spent his TI1 earnings on a computer table. And got a place on Olympus.

It's About Being An American

The stories of these captains continued. But in different ways. Kyle "melonzz" Freedman (he changed four nicknames in his entire career) has won some prizes at Majors with compLexity, but in March 2018 left the team and now acts as an analyst and caster.

Peter "ppd" Dager after winning the TI5 moved to San Francisco and two years later became executive director of Evil Geniuses. He now plays for the European team Ninjas in Pyjamas. The results for the last year are in the table below. 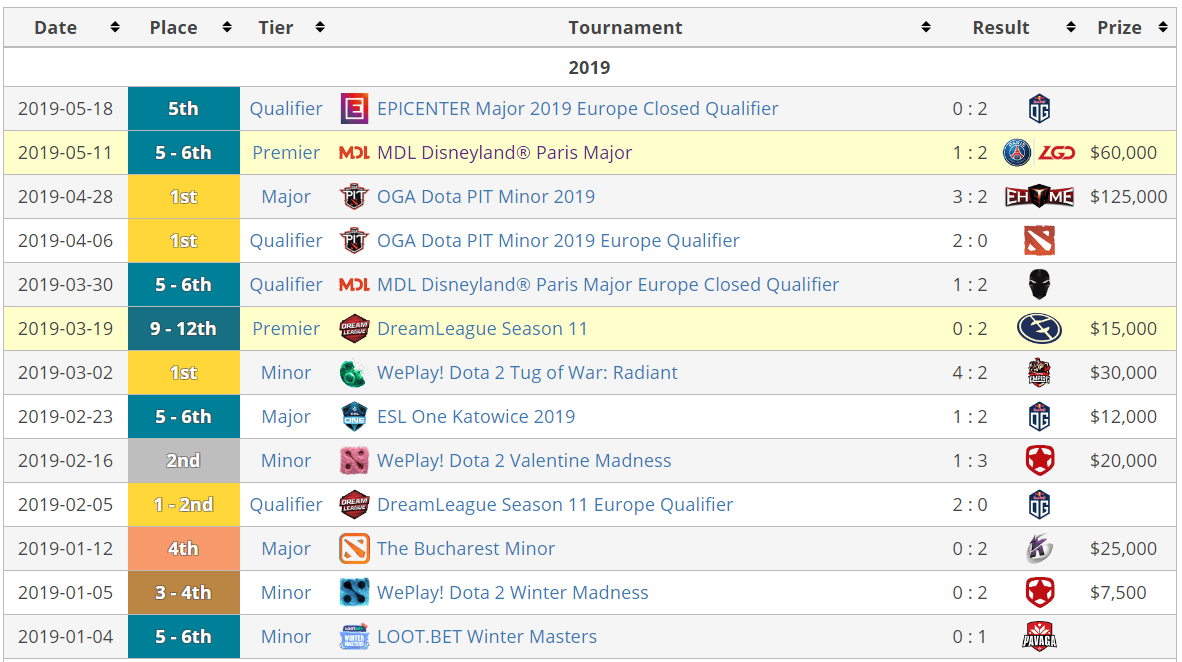 It is noteworthy that in the entire history of existence, in addition to the championship, EG had occupied The International top-3 for three times. Last time was without Fear.

Clinton Loomis himself retired, returned, played for EG and fun compositions, was excellent in any position and did not leave the hearts of old school fans. Players and fans are full of love and respect for the melancholic profile of a bearded "old man".

So why have we even started talking about the three captains, if there are much more individuals and organisations in the region?

The fact is that comparing to Europe and China, the North American region in Dota 2 is not considered very strong. The game itself in the region is not very popular; the audience loves League of Legends more. And the story of three people and two teams that have been walking alongside each other for years will be at least remembered.

What about the others?

Here you are. These are the teams that exist now.

Vegetables Esports Club - assembled in December 2015. The total gain in 3.5 years is $0. True, it is worth noting that the roster was initially assembled for fun so that casters and players without a team could take part in open qualifications.

VGJ.Storm - assembled in September 2017 as North American roster of Vici Gaming. Thus the organisation is increasing its presence in all regions. The total gain in a year and a half is $365,750, and this is the third place in terms of earnings in the region. Their approach is serious: 7-8 place at the TI8, having won the regional qualifications.

This is the story of the American Dota 2 pro-scene from 2011 to the present day. However, we could miss a lot: there's a whole region to speak about. For example, Arteezy's double quit in the 2015-2016 season or Digital Chaos, who took second place at TI6. But we assumed that the story of the three captains would be better.