Dota 2 is one of the most complex games in existence. Many players begin their journey in Dota 2 only to quit just a couple of weeks later because. Not only are there tons of heroes and items that you need to learn how they work, but there are also many other small mechanical elements that are also important.

Once you get a general idea of what's happening in the game, you will start noticing that each hero has a different role in the game. Some have the task to kill the enemy heroes and carry their team to victory, whereas others have to make sure that this happens. The second type of heroes are called Supports, and they aren't usually doing that much damage. Instead, they have to help their core heroes, especially in the beginning, when it can be tough for them.

Let's take a look at a couple of names, which you definitely need to be careful of because they can kill you. 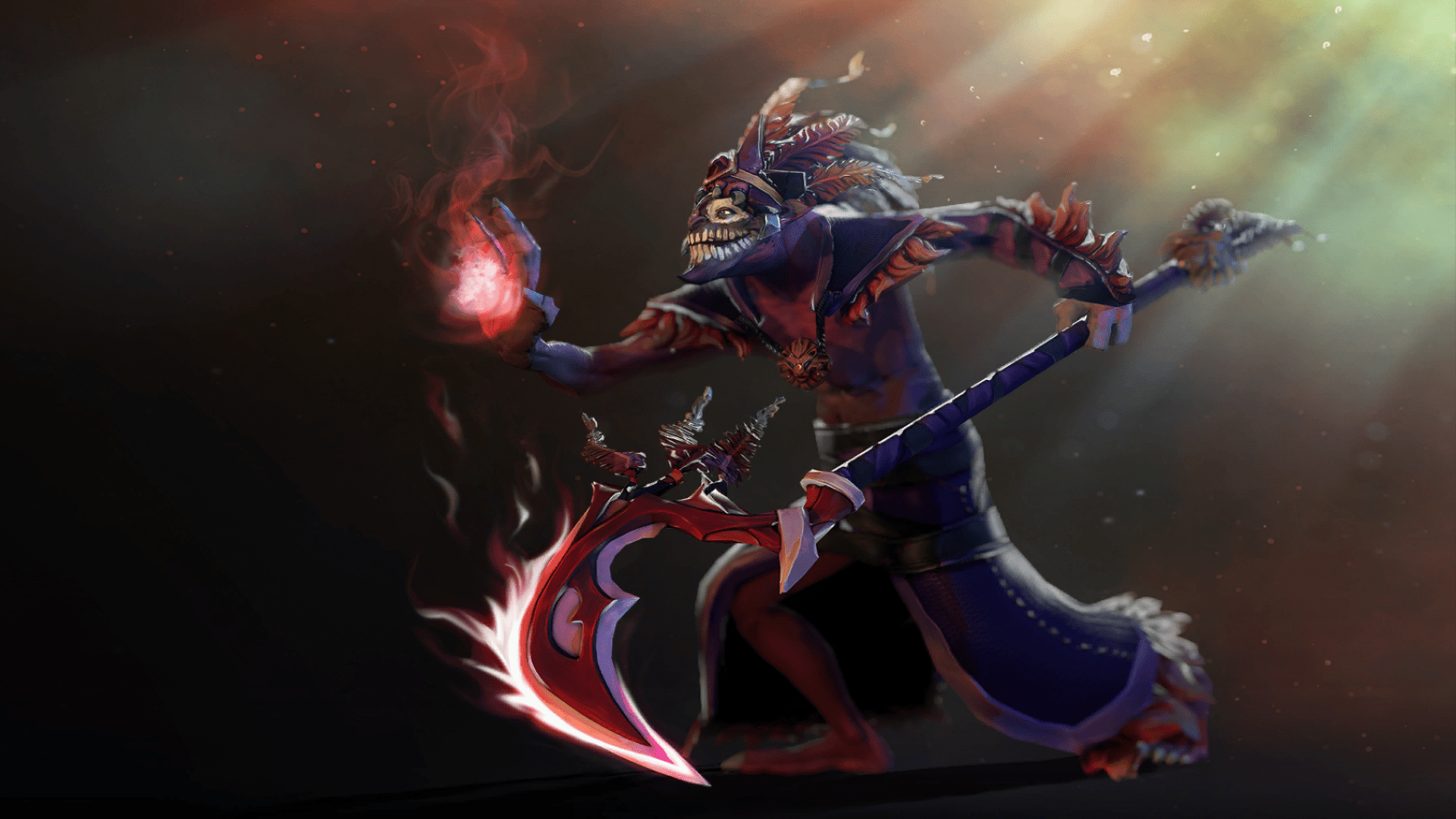 Even though this hero might seem a little bit boring at first, we can assure that Dazzle is a very dangerous hero. Not only is he great support, but he is also capable of doing some severe damage, especially in the first couple of minutes.

Apart from his first spell called Poison Touch, this hero mainly does damage with his Shadow Wave, which is also his healing spell. In fact, there is a trendy combo with Dazzle called the "Healing Bomb." It works with pretty much any melee carry, as long as he is close to his creeps and the enemy hero. A well-timed Shadow Wave can do massive damage at all stages of the game, even though it's mostly useful early on.

Generally speaking, Poison Touch is the ability that's capable of inflicting the most damage. This makes Dazzle ideal for aggressive duo lanes, especially when he is combined with other aggressive heroes such as Huskar or Axe.

This is perhaps the most significant damage-dealing support in Dota 2 right now. He is so powerful that during the first couple of days when he was released, people most played him in the mid lane. However, it turns out that his impact as a support is a lot bigger than mid, which is why he quickly made a shift.

Every single spell that Grimstroke has, apart from his ult, is capable of doing insane amounts of damage, especially early on. This makes him a very strong laner against hard matchups because he can easily bully the enemy heroes away.

Even when the laning stage is over, Grimnstroke is still a very dangerous hero to play against, mainly due to his ultimate. If it's paired up with specific abilities, a well-placed Soulbind can drastically change the balance of power. Of course, let's also not forget the many different combos you can do with his Ink Swell. Pretty much any hero that buys a Blink Dagger can do wonders, especially Centaur Warrunner. 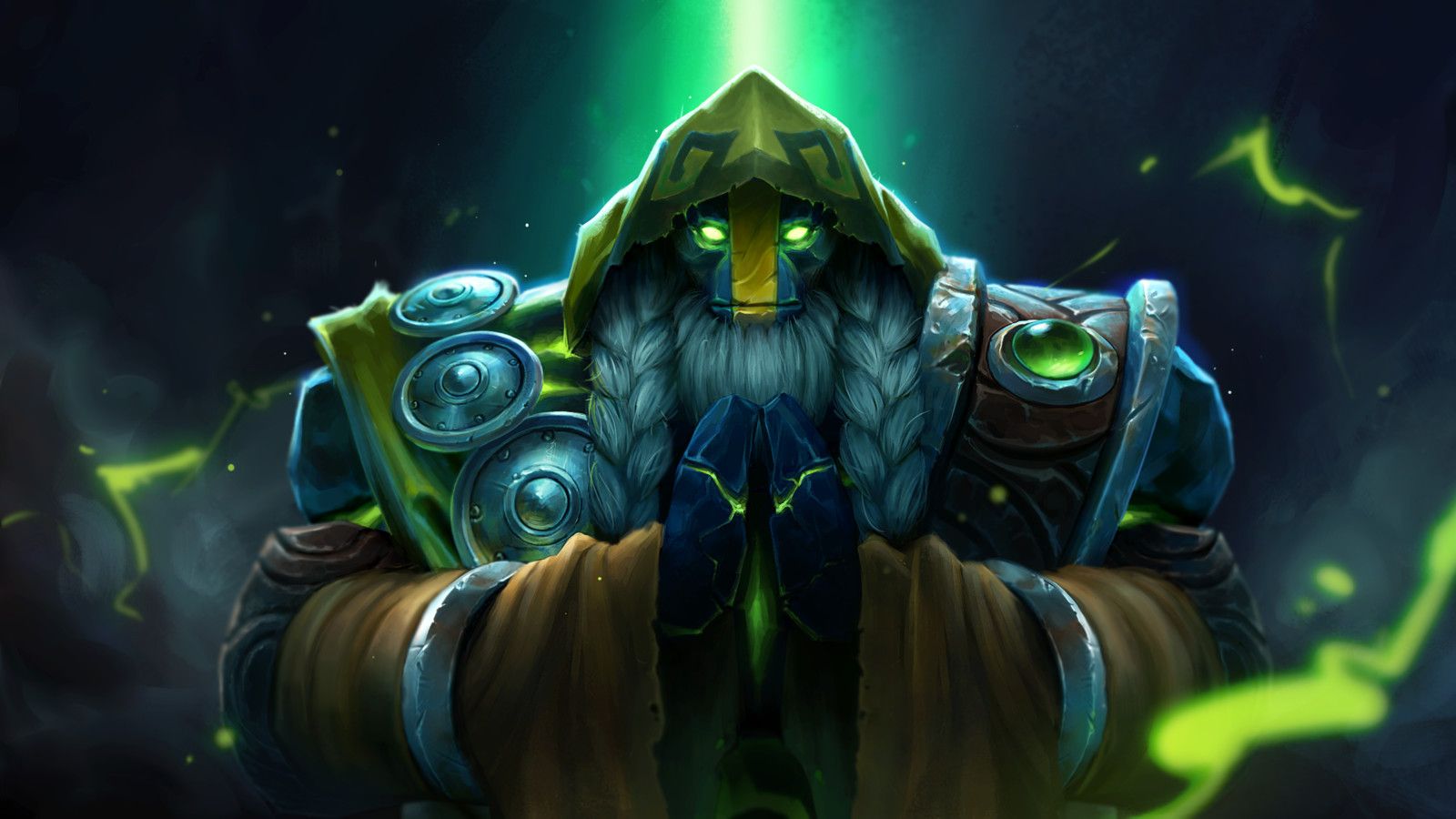 Despite being one of the hardest heroes to play in Dota 2, ES is more than capable of demolishing the enemy lineups. Unlike many other support heroes in the game, Earth Spirit is viable at all stages of the game, even though he shines the most during mid-game.

This hero has a slow and a silence, which is more than enough to make the life of everyone a living hell. Unfortunately, the biggest flaw of Earth Spirit is that he is just tough to play. It could literally take a new Dota 2 player over six months just to learn the basics about this hero. Unlike many other supports out there, he has no target skills, which means nearly everything is a more or less a skill shot.

Having said that, once you learn how to play this hero, you can easily climb up the MMR bracket. After all, a good Earth Spirit is more than capable of carrying his team to victory.

Although the two-headed giant can also be played in the offlane, he still remains one of the most robust supports, especially when it comes down to dealing with damage. Apart from Bloodlust, every single spell he has is deadly and useful at every stage of the game. In the beginning, the main benefit of his spells is the damage, whereas later on, it's all about the stun and slow.

However, the thing that makes Ogre particularly dangerous is his Aghanim Scepter. If the hero is capable of getting it, which is not that hard nowadays because you can even get it from Roshan, he receives a bonus skill. This skill costs a certain percentage of his mana pull, but if it multicasts, you can easily do over 1000 damage in just a matter of seconds. Many players, especially the new ones, tend to underestimate this, but once they get one-shotted, they learn to run.

Of course, every single support hero is capable of doing damage at a certain stage of the game. We just decided to list those who are often underestimated.

All of them have their ups and downs, so at the end of the day, it all comes down to personal preferences. Just remember, whatever you do, do not attempt to go into "farm mode" because your job as support is different.