Dota 2 Counters - Which Are Some Of The Best Counter Picked Heroes ⚡⚡⚡ Esports and gaming news, analytics, reviews on WePlay! The latest news on WePlay!

With over 110 heroes, Dota 2 is a game where you can never get bored. Every single one of those heroes has something unique to offer to the table. Whether it will be insane damage, tanking capabilities, or supporting the team, there is something for everyone out there.

Having said that, there is a particular set of heroes that have one main job - to make your life miserable. Usually, they are only picked as a "counter pick," which is basically a way of saying that people get them to screw you over. Even if that seems harsh, many players in Dota 2 do it, especially when it comes down to Ranked games.

During the Kyiv Dota 2 Major, it surely will be fully showcased by the greatest drafters.

With that in mind, let's take a look at some of the best heroes you can use in order to counter pick your enemies. Keep it in mind that this list is always going to change because every patch brings something new to the table. Nevertheless, we will include "evergreen heroes" that are still good for counter picking. 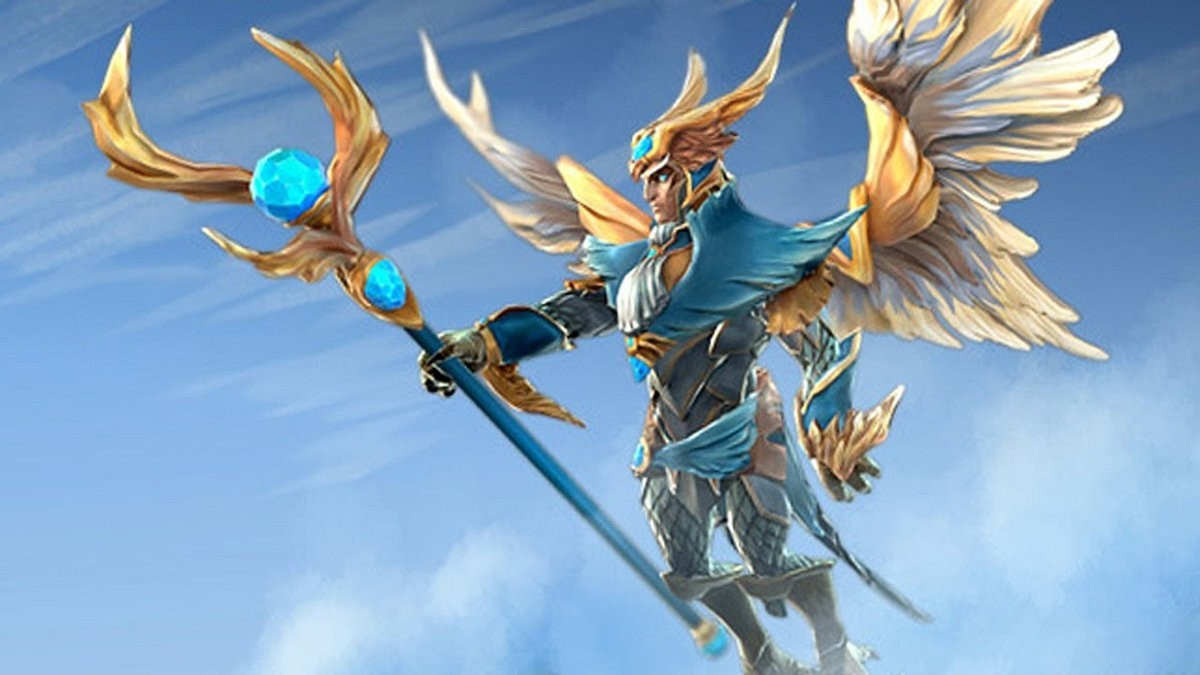 This is, without a doubt, one of the most annoying heroes in Dota 2, period. Skywrath Mage is reasonably new (a couple of years old) hero that is entirely based on doing damage with his spells. He is pretty much useless outside that because his attack is feeble, and he is very fragile. However, if he gets just a small lead early on, the game four of your enemies will become an absolute nightmare.

Apart from his damage, Skywrath also has one of the most prolonged silencing spells in Dota 2 that also happens to amplify the magical damage you take. In other words, if he plays his card right, this hero can 100-0 you in just a matter of seconds. This makes it very hard to play against him because you always need to be on the lookout.

Skywrath Mage is a very common counter pick in Dota 2 against either squishy or heavy-intelligence based cores.  The hero works wonders against the likes of Shadow Fiend, Storm Spirit, Ember Spirit, and so on. Of course, he also has his very own counters like Anti-Mage and the item Black King Bar. In fact, that's probably Sky's biggest weakness. If any of the heroes mentioned above get a BKB, Sky is absolutely useless until the duration is over. 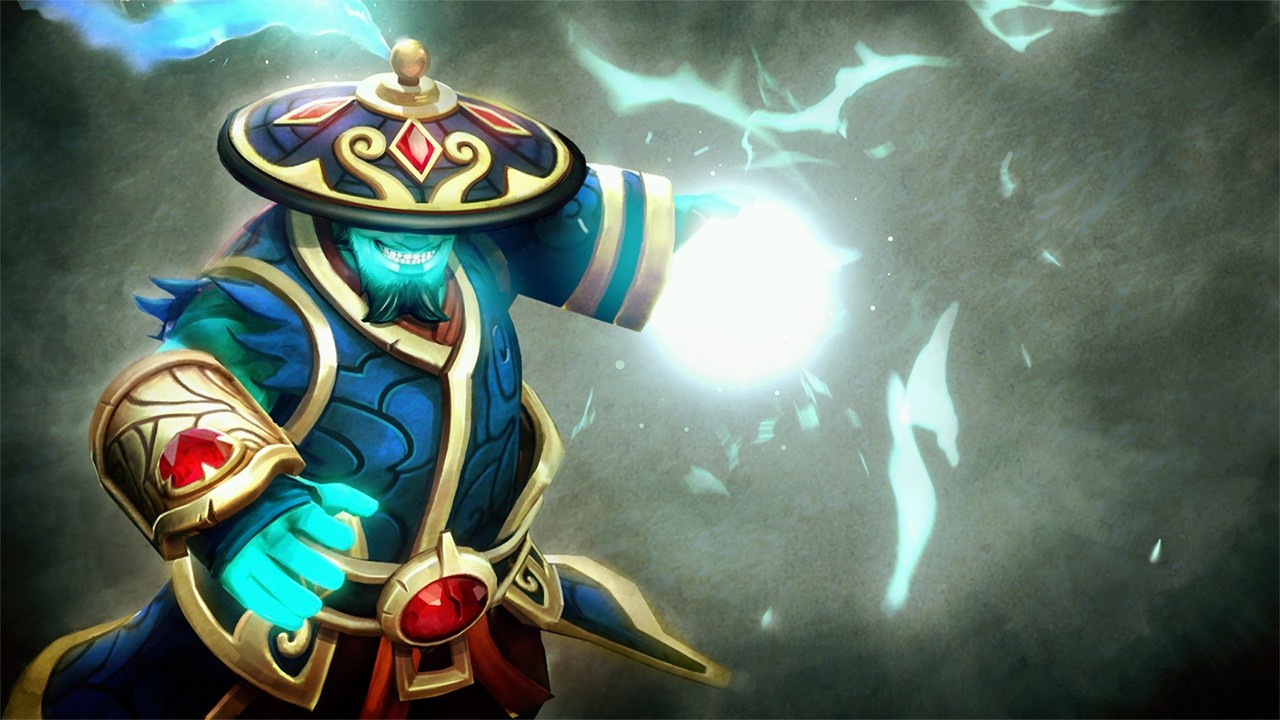 Often referred to as one of the hardest and most annoying heroes in Dota 2, Storm Spirit is a real blast to play. It is the most mobile hero in the game thanks to his ultimate that allows him to travel through the map using his mana pool. With that in mind, you can easily guess why this hero is often a fantastic counter pick.

A well-farmed Storm Spirit is capable of carrying his team to victory with little to no effort. He can always initiate first during fights and, if he is well-farmed, he can also escape whenever he feels like it. However, this does come at a price - you need to have a lot of items to be able to bounce back and forth. If you fail to accumulate enough farm, later on, the consequences could be devastating because you will be useless.

Storm Spirit is often picked whenever there is a specific hero on the enemies' lineup that needs to die. It doesn't matter if it is a support or a core hero, SS can deal with him. However, you have always to watch out what types of heroes are there in the game. Despite being very strong, Storm Spirit is also susceptible straightforward to kill, especially if there are heroes with lockdowns. Of course, you can buy individual items to avoid this, but you get a general idea.

If there is one hero that's completely capable of carrying his team alone, this has to be Huskar. In fact, you can often see people who either smurf or boost to play this hero none-stop because he is pretty much unkillable if it gets a good start.

Huskar is a strength hero that doesn't do that much damage early on. However, if he gets a fast Armlet and the player is good, it is pretty much impossible to kill him unless the entire enemy team decides to gank. His hardiness is why the hero gets often picked against very squishy cores such as Shadow Fiend, for example.

Huskar is also a great choice when it comes down to laning against powerful setups. Even the most aggressive offlane won't stand a chance against this hero and a healer such as Dazzle (which is one of the most potent combos in the game by the way).

Of course, similar to any other hero in Dota 2, Huskar also has his weaknesses. He is a slow farmer and not very mobile unless you buy a Blink Dagger. This makes him easy to kite and shut down, especially if you have a good start against him. It all comes down to timings. If you miss your shot, getting that Armlet 20+ minutes in the game won't change much.

This is the "strength hero slayer" who has the potential to do absolutely insane damage, given the circumstances.

Timbersaw is a tough hero to play, which is why we definitely advise you to watch at least a couple of videos before you decide to pick him. Unlike all other heroes in Dota 2 (with small exceptions, of course), Timbersaw's damage is entirely based on having trees around him. Yes, trees, like those you can find in the woods. It might seem pretty strange at first, but that's what makes this hero so unique and dangerous in the first place.

Timbersaw has three active spells, and all of them do pure damage, which makes him a perilous enemy. However, the thing that makes him a nightmare for every melee hero is his first spell that steals a certain percentage of a hero's primary attribute. In other words, if that hero has strength as his main attribute, he will lose a lot of HP just from the stats reduction, apart from the sheer damage of the spell, which is also very high. His damage and escape capabilities make Timbersaw one of the best offlaners in Dota 2. If he is up against a weak lane, this will most likely crush them and snowball out of control.

However, the hero also has a lot of weaknesses. He is very weak against magical damage, which makes Storm Spirit and Skywrath Mage amazing picks against him. Also, if he gets a slow start, recovering might be a bit of an issue, which will result in a feeding frenzy. In other words, it's not all unicorns and rainbows. Timbersaw is a mighty hero, but only if he is picked in the right scenario. Never first-pick him under any circumstance because it's just not worth it. 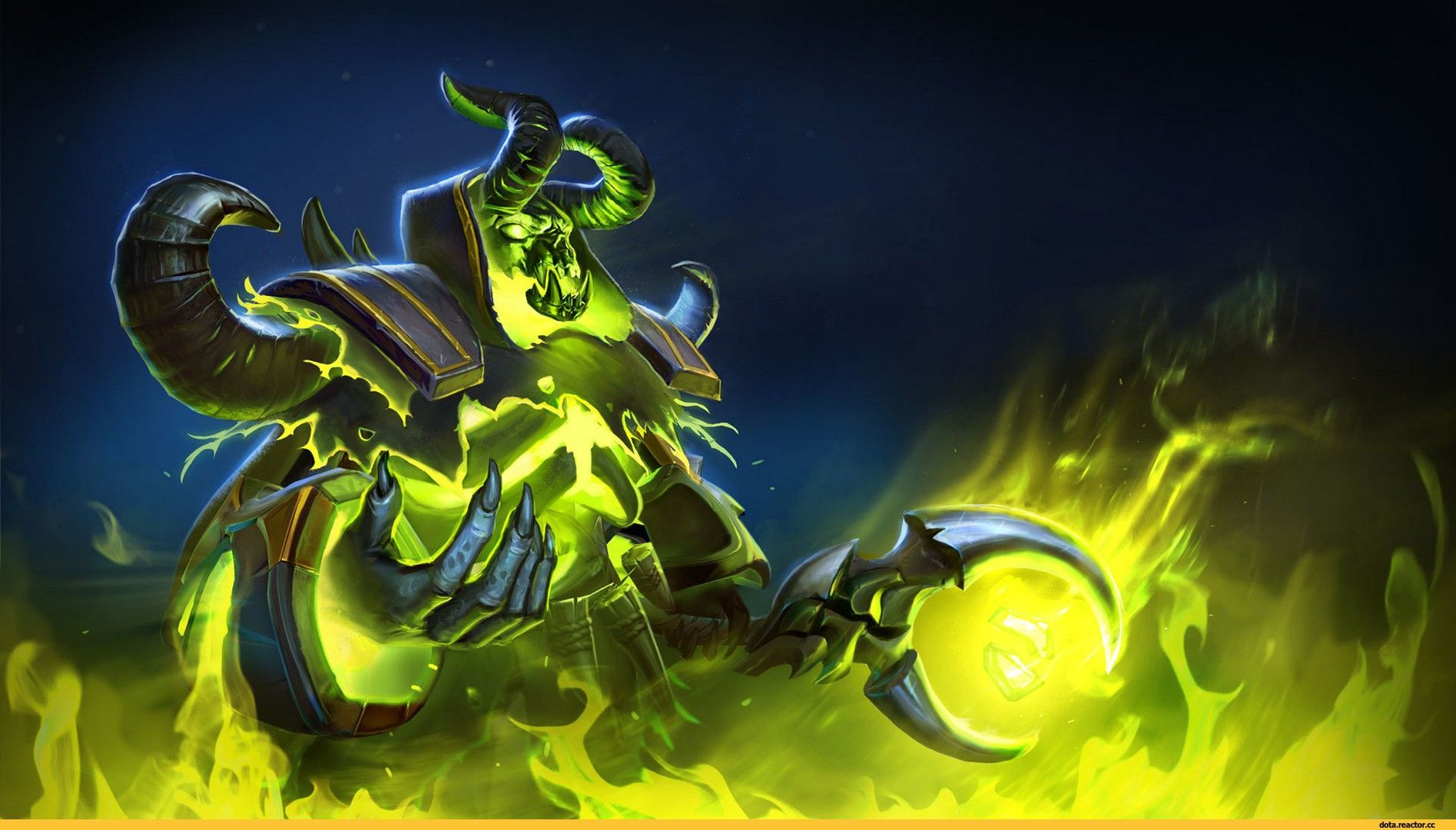 Similar to Timbersaw's "influence" against the strongest heroes, Pugna does the same against spell casters.

Even though this hero might seem a little bit dull at first sight, once you learn how to play him, you will see what he capable of is. Pugna is a very strong mid laner that can do good AoE damage and push the lane very quickly. In fact, his pushing capabilities is what makes him an excellent pick whenever the entire draft is based on pushing.

However, the spell that makes him a nightmare for every spellcaster is his Nether Ward. This little and annoying "stick" can demolish every single hero who relies on his spells during a team fight because it does damage based on the mana cost of the spell. In other words, if there is a Lina that uses her ultimate on you, she will lose nearly as much HP as the damage she did with it. This means that the enemies will always try to kill the ward first before engaging in a fight. This might seem like a pretty easy thing to do, but that's not the case. Dota 2 is a very fast-paced game, so it's not always possible to just leave everything and go kill the ward.

Of course, like every other hero in Dota 2, Pugna also has its weaknesses. The hero is very fragile and can easily be killed in one stun if it doesn't have the proper item choice. Needless to say, this does not make it the most noob-friendly heroes in the game. However, once you have a general idea of how the game works, feel free to try him out. 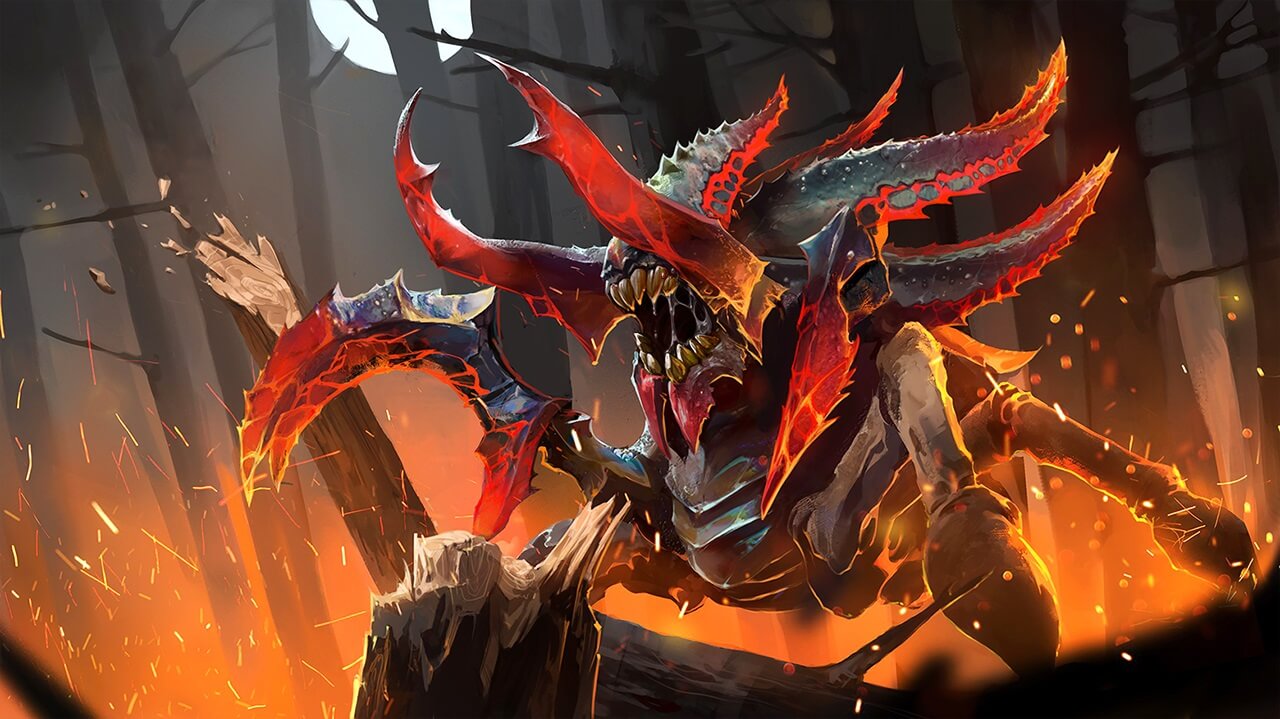 The last hero in our list today is none other than Nyx Assassin, another nightmare for the spell casters and AoE-based heroes.

Nyx used to be one of the most popular heroes in the professional scene a couple of years ago. However, the meta there changes with every single tournament, so it's hard for a hero to stay relevant for a more extended period of time. On the other hand, the situation in pub games is different, and this hero is still picked regularly whenever someone wants to make the life of a spellcaster a living hell.

Nyx Assassin has a very cold AoE stun that is a little bit tricky to use, but once you get the hang of it, it shouldn't be that hard. That said, the things that make him stand out are his second and third skills. Mana Burn, as the name suggests, burns through the mana of your enemies while also doing damage. This makes the hero an absolute nightmare, especially against the likes of Skywrath Mage, Invoker, Storm Spirit, etc.

As if that's not enough, the third skill of Nyx (Spiked Carapace) can completely turn the balance of power during a team fight. It is a small AoE spell around the hero that stuns everyone who does any kind of damage to him. This means that if you time it right, you are able to stop channeling spells such as Black Hole, Life Drain, and so on.

As we mentioned above, the heroes on this list are considered to be "general" counters to a particular type of hero. Every single meta has its own unique set of counter picks, so always be sure that you are up to date with what's the best. Until then, feel free to pick the heroes here and enjoy making the life of your enemies a living hell.