One of the first titles that come to mind when you think of MOBA is Dota 2. It's the successor of the most popular map in Warcraft III: The Frozen Throne - DotA. After getting extremely recognized, there was a point where the WC 3 engine just limited DotA's development. As a result, IceFrog (DotA's creator) and Valve decided to team up, and the result was Dota 2. Currently, this still remains one of Valve's most popular titles, with over 400,000 active players daily.

Apart from the cool graphics, Dota 2 has one of the most complex gameplays out of any game. Even though it might look easy, getting good at the game will take a lot of time.

Having said that, knowing what some of the best combos in the game might definitely give you a slight edge over your enemies. Every single patch his meta and strong heroes, but there are some "classics" that always work. Today, we will take a look at some of the most popular combos you can try out in Dota 2.

Magnus + Any Melee Core or Techies

Magnus is one of the few heroes that work with every single melee core in the game. That's because the hero has one of the best buffs - Empower. It allows the carry to farm a lot faster because it gives him more damage and cleaves, which is precisely what it needs.

However, the thing that makes Magnus really unique is his ultimate, Reverse Polarity. It allows him to stun and stack everyone that's near him which is exactly what the carry needs. While they are stunned, you can do tons of damage, and in most cases, the duration is enough to kill all of them. Some of the best examples of this combo are Magnus and Juggernaut. Together with their ults, they can wipe the entire enemy lineup in just a matter of seconds.

Empower, and RP is cold, there is no arguing that, but Magnus has one more trick - Skewer. This spell, combined with techies mines, is probably one of the funniest (or most annoying, depending on how you look at it) things you can do in Dota 2. If you have the needed coordination and skills, you can skewer any enemy into Techies's mines and boom, he will die.

Keep it in mind that this combo is mainly made to have fun, so don't count on it to win games. While it is pretty cool to watch, it's not that strong if the enemy knows what they're doing, so keep that in mind. 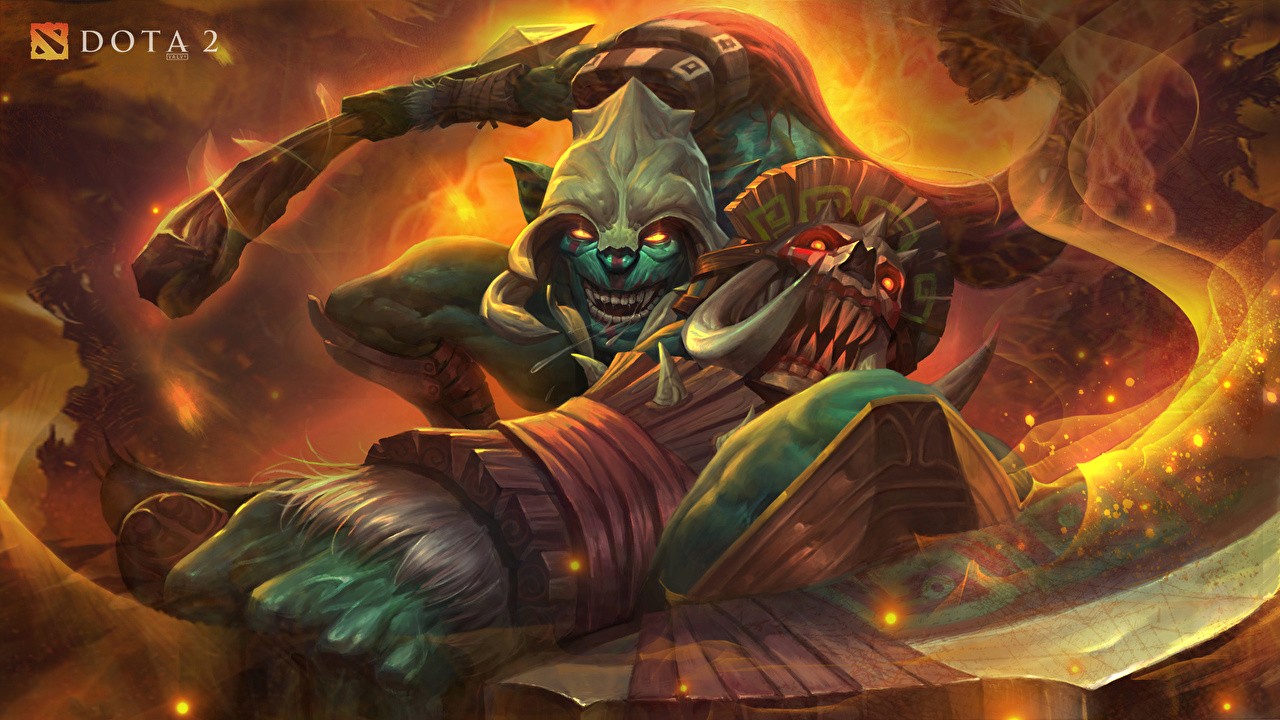 If you want to make the life of someone miserable, this is the way to go. Dazzle and Huskar is one of the most iconic duos in Dota 2, and it is for a reason. Together, they can win the entire game for his team, given a decent start. Both of those heroes are capable of doing a significant amount of damage, but what makes them unique is Dazzle's Grave. This ability allows Huskar to stay on super low HP all the time and do as much damage as possible. Of course, in order for this to work as intended, both players need to know precisely what they're doing.

The tactic with Oracle is pretty much the same, with the exception that his ultimate is a little bit stronger than Grave. Instead of keeping him alive for a couple of seconds, Oracle's ult does that and usually heals him up, depending on the situation.

In both cases, these two heroes allow Huskar to release his full potential and make the life of his enemies a living hell.

Even though these two might seem miles away in terms of coordination, they can actually work pretty well together.

This combo used to be very popular back in the days, especially in Dota 2. Its strength relies on Bane's sleep ability that allows Mirana to land a bright arrow. In other words, these two heroes guarantee that someone will be CCied for at least 8 seconds, which is more than enough to score a kill.

Bane and Mirana can work very well together, but it seems like the combo kind of fades off later on in the game. Sure, they can still do their thing, but the impact is nowhere as significant as it is during the early stages of the game. 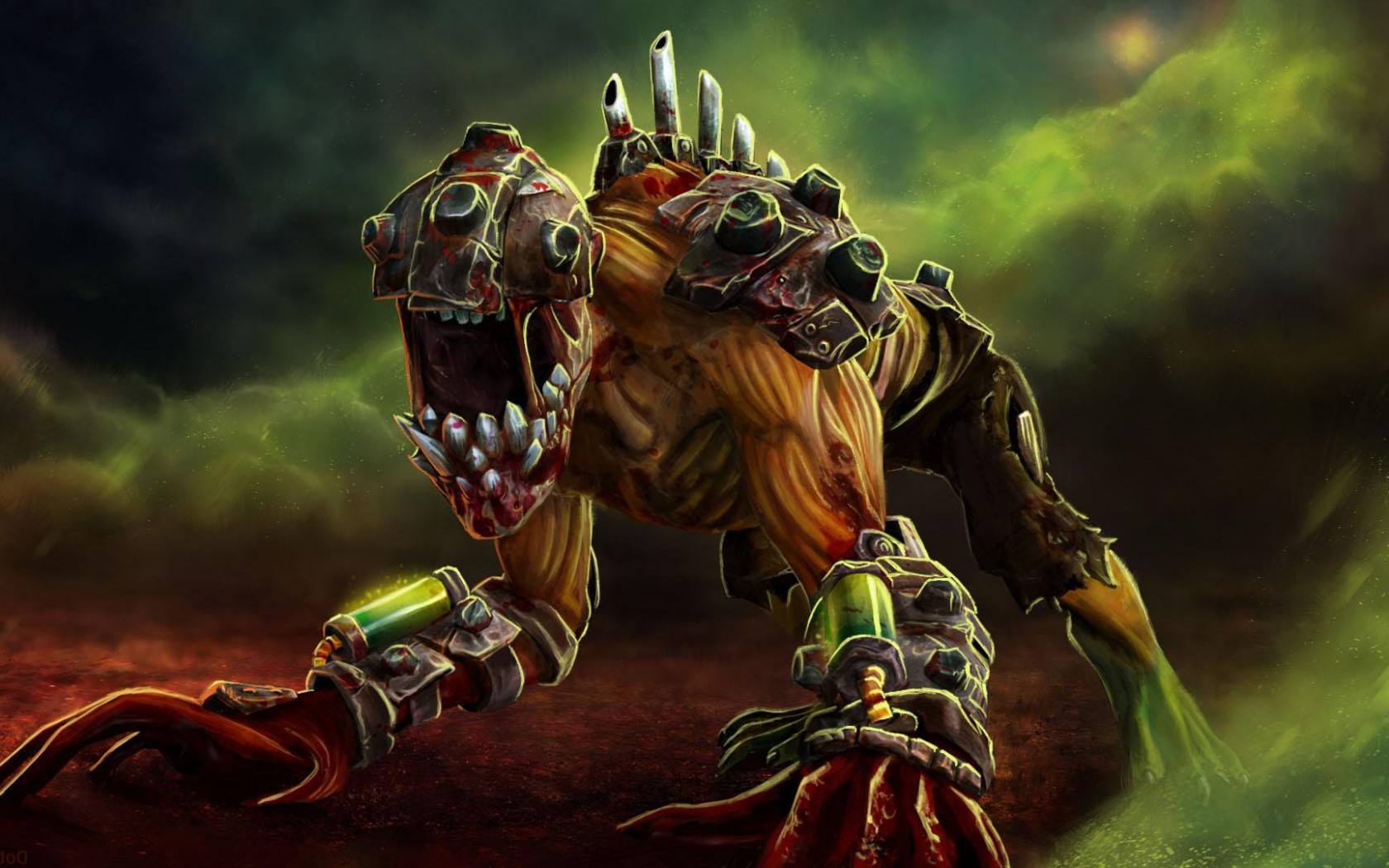 Often referred to as the Taxi, this combo is hitting like a truck, literally. As you probably guessed by now, Lifestealer has to Infest Spirit Breaker, who then charges a target. Once that charge hits, LS just gets out of SB and starts right-clicking his enemy until it's dead. It is easy, fast, and powerful, so we definitely advise you to try it out and see if it works for you.

Alternatively, Lifestealer can also Infest every single hero that has a Blink Dagger, and the result will be pretty much the same.

Last, but definitely not least, we have two amusing heroes.

Ursa is a hero that loves just to kill you in a matter of seconds. He is extremely dangerous at every stage of the game, especially if he gets a good start.  As if that is not enough, a good Dark Seer can increase his "dangerous meter" to even greater heights.

By applying Ion Shell and Surge to Ursa, the hero is can effortlessly chase every enemy, regardless of his movement speed. Apart from the damage he deals with, he also applies Ion Shell's DPC all the time, which makes him even more dangerous.

Feel free to try any of the recommendations here. We guarantee that you will have tons of fun.