Dishonored 2 is an action-adventure game that has many stealth elements as well. Played from a first-person perspective, the game can choose between Emily and Corvo Aattano who is basically the protagonist from the previous games. Apart from doing the main story, there are many side missions which can unlock different methods of assassination, new weapons and all kinds of stuff that will help you progress through the main mission. Both of the characters mentioned above can carry various weapons, pistols and other types of weapons. In fact, they are also upgradable by purchasing different things from the Black Market shops which can be found throughout the world as you level up. In order to be able to buy those upgrades, you will need Coins which can be earned via quests or random drops when you kill enemies.

Apart from this, Dishonored 2 has many big safes which contain all kinds of amazing things. Still, they will be locked for the most part, which means that you will have the uneasy task to actually find out the combination and gain access to them. However, unlike the previous version of the game, the safe combinations are not always the same. They are very different and can be pretty tricky to actually get a hold of, even though it might not seem like that at first.

Let's take a look at the different safe combinations and where to actually find them,

A Long Day In Dunwall 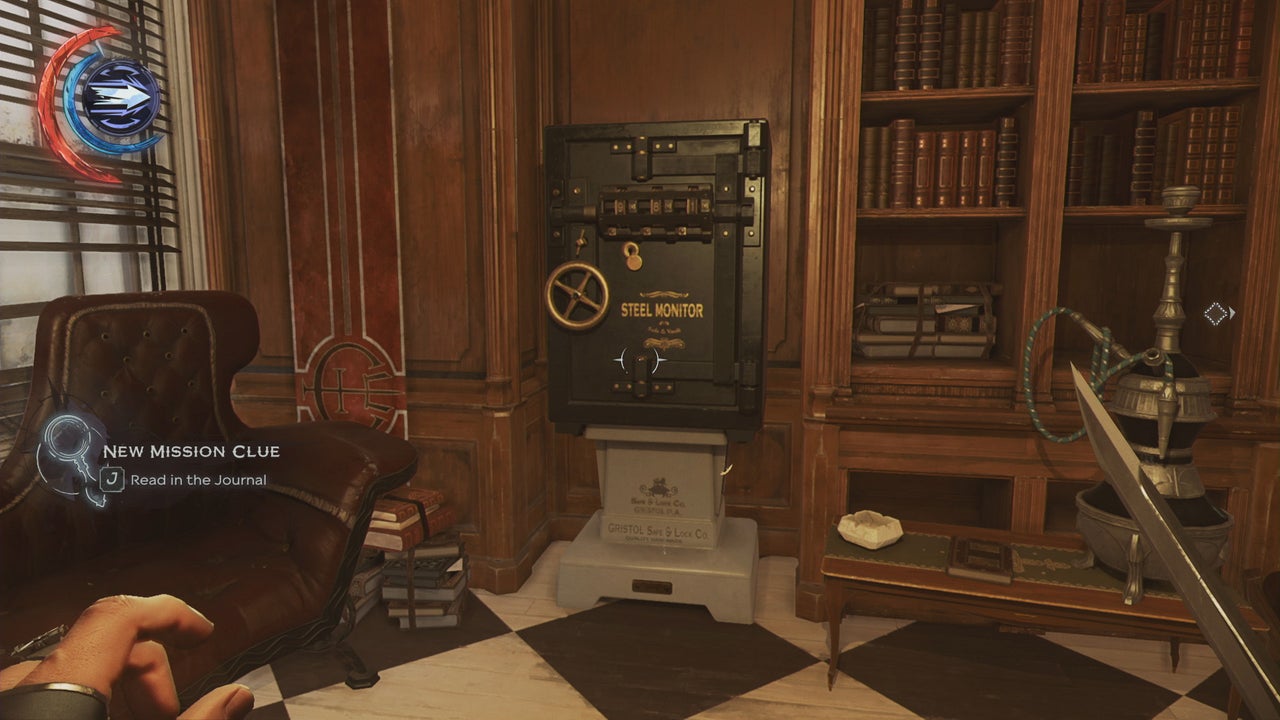 The first safe is also available in the first chapter of the game. It is located inside Dr. Galvini's lab, which means that you need to get somehow to there. Of course, this is definitely easier said than done.

The first thing you need to do is to leave Dunwall Tower and then enter the streets. From there, take the left until you see a big tower. Walk past it and you will see the lab in the building right next to it. Go inside and then look for a painting on the wall. Keep it in mind that there will be several paintings there but the one that you are looking for has a very strange symbol to it.
Anyway, once you find it, move it aside and you will find the safe combination on the back. The code is 451.

Edge of the World

Unlike in Chapter one, there are two safes here and both of them can be found in Karnacka Docks.

Once you get there, you will have to pass the Overseer Outpost which is there. Having said that, there are two ways in which you can do this - either by going into a fight with them or just sneak around. It is a way better idea to sneak around though because it is a lot easier and it will also take less time.

As soon as you pass them, look for a big red building next to the Bloatfly-infested house. The only way in is through this house, so be sure to prepare yourself for some nasty surprises. When you get inside, go to the third floor of the building and deal with the guards that are there. Again, it is up to you to decide if you want to fight o not. When you are done, check the book which is next to the safe and you will be able to find the code there. Oh, you will also have to solve a quick puzzle but it's nothing scary so don't worry.

The second safe in this chapter is located in the Winslow Safe Company's office which is very close to the train station. Once you go there, look for the combination by checking in the cash register which is close to the front door. 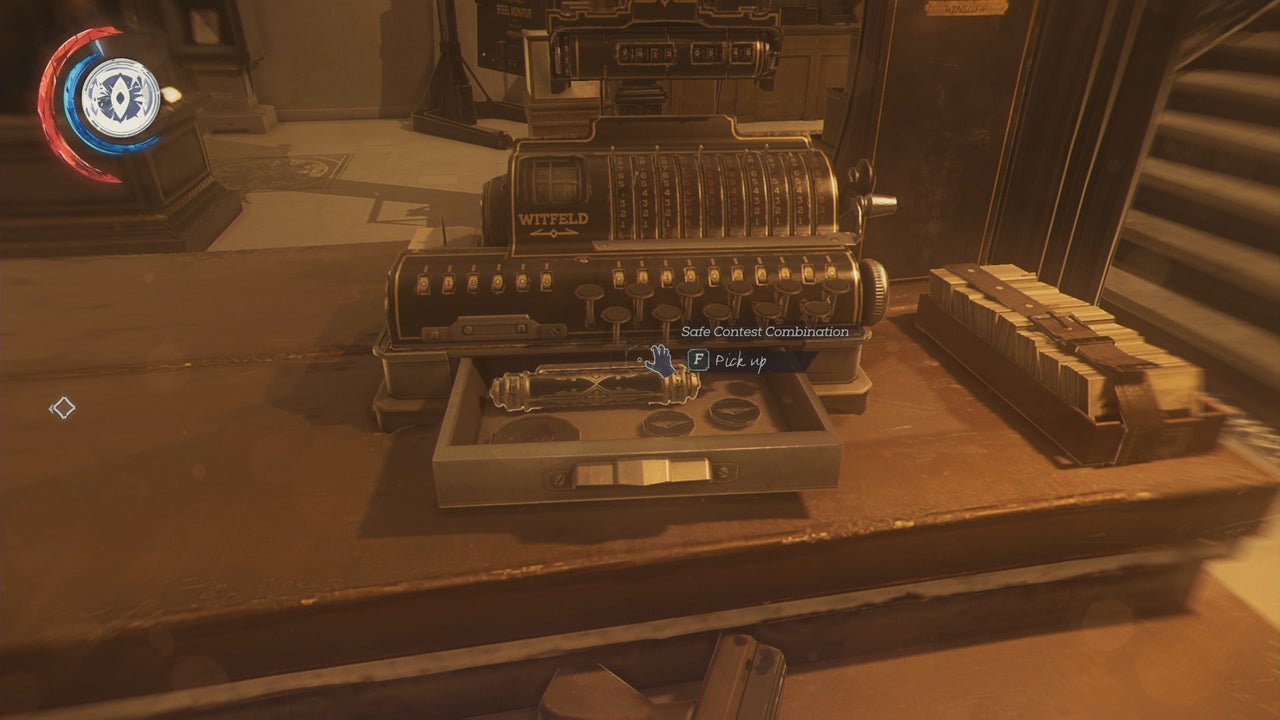 Similar to the previous thing, there are two safes here as well and they are all tricky to find.

The first one is located as soon as you enter the chapter from the main door. Take the left side and look for a big office which is guarded by a guy typing on a typewriter. Unlike the previous encounters, you will have to take him out here, there is no sneaking around.

When you're done, look at the pipes there are sticking put and brake them. The room will start to fill in with water, which will unlock the door and allow you to go in and take the Whale Oil container out of the wall.

After that, continue down this path and you will stumble across a room which has two safes and a dead guard. One of the safes is actually without a passcode, so just go and get what's inside. On the contrary, the other one is kind of tricky to open because it needs a special combination. In order to find it, look on the desk which is close to this room and you will see the combination written on a piece of paper.

This chapter has only one safe and it is rather easy to find and open. It is located on the second floor of the civilian apartments which are right next to the mansion which you need to visit. Go in and just look around a bit and you will see the safe on the ground in one of the rooms.

When you find it, look elsewhere until you see a chalkboard that will contain the combination for this safe. The only downside here is that you might have to move around a couple of things in order to get to what you are looking for. 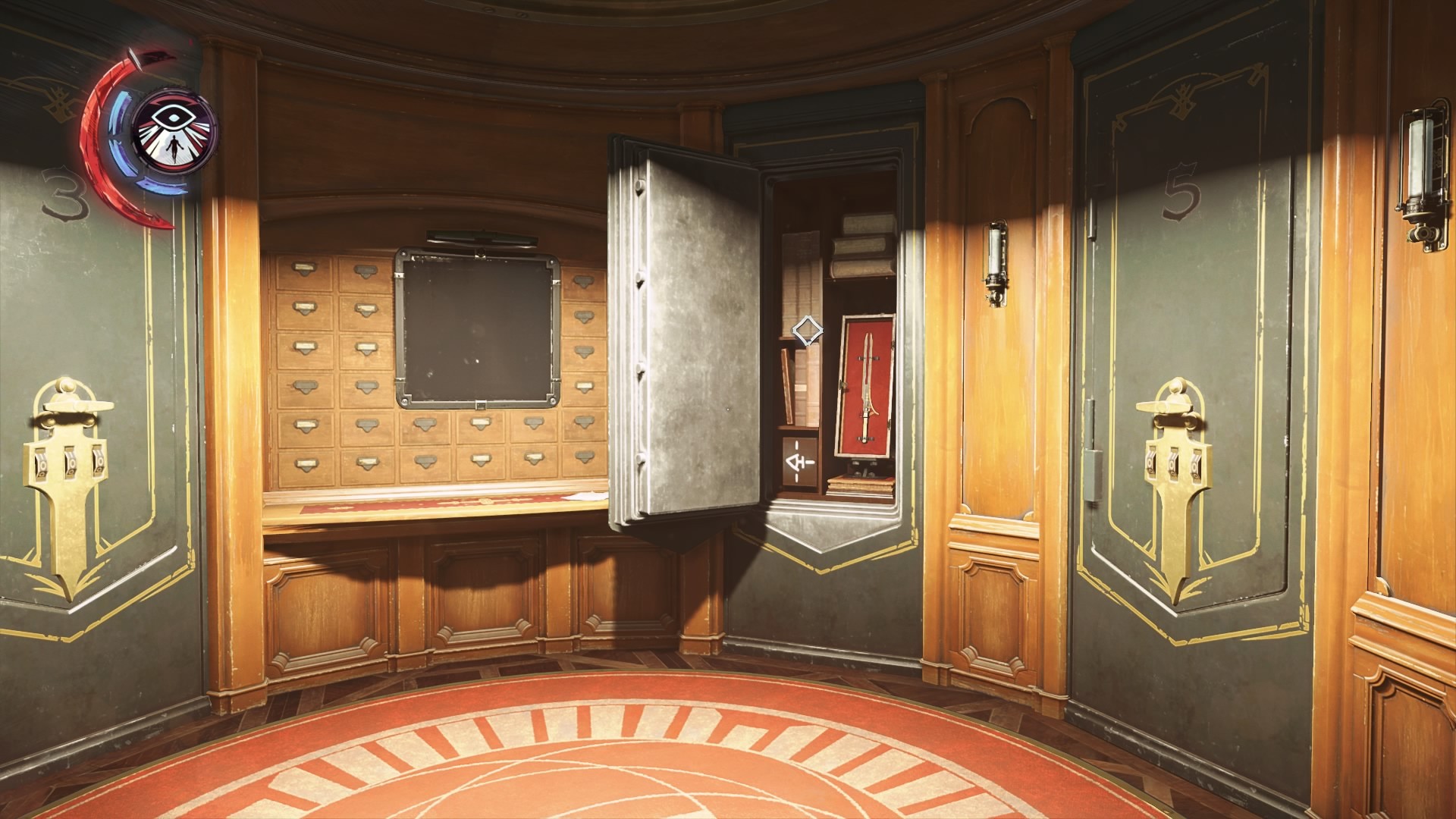 Similar to the last chapter, the safe in this one is pretty easy to get. However, it is located in a very cringe place - the big building which is full of Bloodflies and Nestkeepers. This means that when you go in, you will have to kill all the things which are there. Luckily, they are fairly easy to deal with.

When you finish, look around and you will see a big rouns safe which has a special combination. In order to lay your hands on it, you will have to visit the Black Market and either buy it or steal it. We already covered that market so if you have no idea what it is, be sure to check it out.

Unlike the previous chapters, there are no safes here. However, it is still a very cool level lore-wise, so be sure not to miss it.

A Crack In The Slab

There is only one safe in this chapter and you will be able to find it while you are exploring the mansion there. Look for a room with has a boiler in it and the safe will be inside. Still, when you do actually find it, the combination for it is very hard to get, which means that you need to youse your timepiece.

This will make you go in the past and take the body of a dead dog and put it up in the furnace. After you do that, you will see an effect where the body gets cremated and then you have to snap back to reality and look at the safe. Magically, the combination will be written on it, which means that you have only one thing to do - jump back in the past again and put the combination which will open the safe. 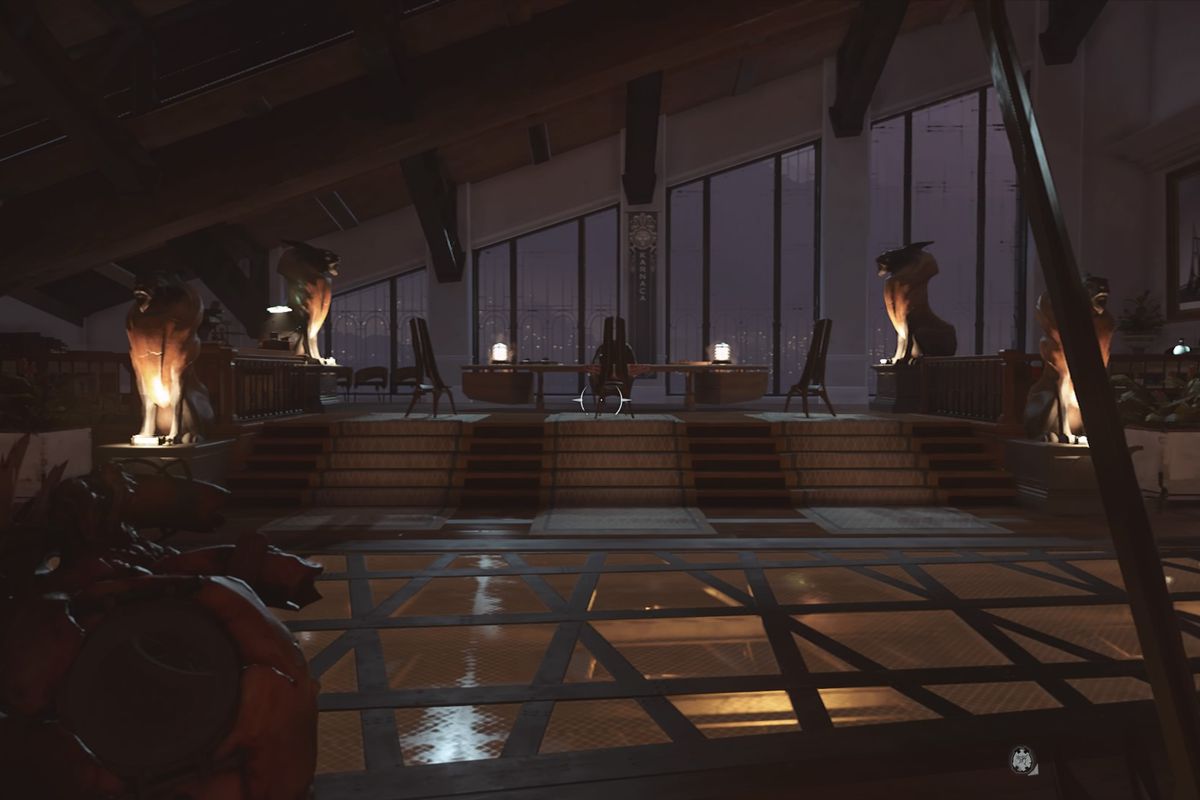 The Grand Palace is one of the most interesting and also the hardest Chapters in Dishonored 2. Having said that, with a little bit of luck, you will be able to find two safes on this level.

The first one is located on the third floor of an apartment building which is just next to the palace. However, it is very dangerous there so prepare yourself for some action. In fact, if you are using the heart to track Bonecharms, the safe will be in the apartment where the Boncharm is hidden under a pillow on the bed. If you doný use the hear to track this down, locating the safe will definitely not be a walk in the park for you because there are a lot of things to take into consideration.

Anyway, when you go there, try finding a picture where a man is standing next to the safe with the combination on it. Check it up close and you will find out that the combination is simple as 1, 2, 3.

The second safe is located in the palace just after you enter it. Look for the First Captain's suit which will be on the ground floor and then enter through the door. However, in order to get the combination for this one, you will have to visit Duke's suite which is on the third floor there. Look for a big room which has a Clockwork Solider and a maid in it and you will find the room with the code inside.

Death To The Empress

You might think that the last chapter will have tons of safes, right? Well, you are wrong. In fact, there are no safes whatsoever, which is rather sad but it is what it is.

All in all, the safes in Dishonored 2 are very cool because they have interesting things in them. You should keep it in mind that this is a time-consuming process which means that you will have to be sure that you want to do it, otherwise, you will just be wasting your time.