Dishonored 2 - how to rob every black market

Dishonored 2 - how to rob every black market ⚡⚡⚡ Esports and gaming news, analytics, reviews on WePlay! The latest news on WePlay!

There are many missions in Dishonored 2 where you can find a wide variety of Black Market vendors. In fact, they are one of the most interesting vendors in general because you can get some pretty cool stuff from there such as weapon upgrades, keys to locked doors, intelligence reports and many, many more. In addition to that, it is possible to rob them, which means that you will get all their stock for free and then you can also find the place where they keep their stuff and get extra cash and bonus items. However, this is definitely easier said than done.

For instance, every single robbery has a different set of requirements and things which you must do. Some of them are very hard whereas others, not so much. Having said that, let's take a look at some of the all the different requirements throughout the missions in order to rob the black market properly.

Before we start though, remember that you need to purchase the weapon upgrades before you decide to rob the place because those upgrades can't be stolen, which means that you will just won't be able to have them.

Mission 2: Edge of the World 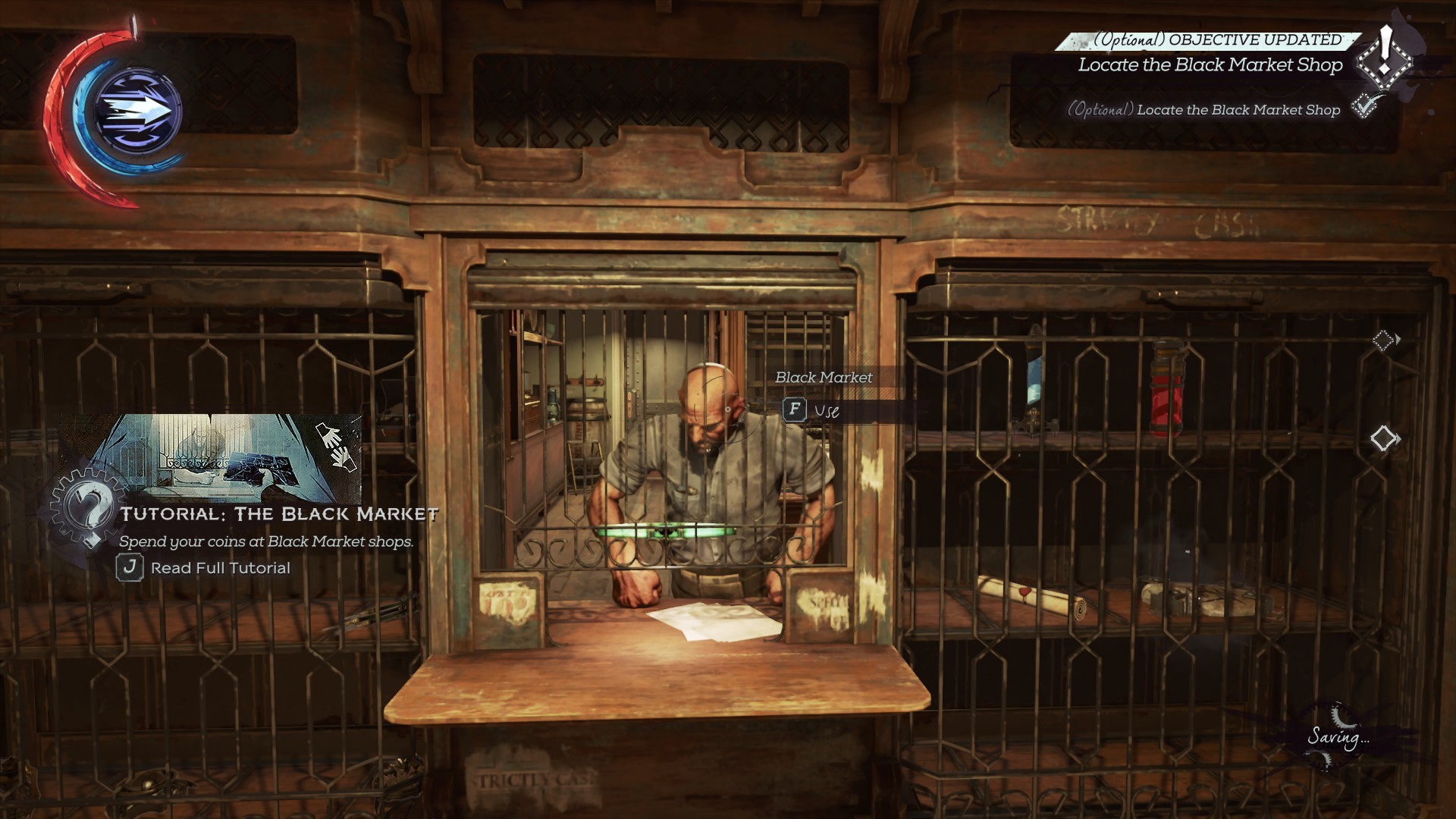 The first Black Market which will come across in Dishonored 2 will be in the second mission called "Edge of the World". Her, you will need to get the backroom key in order to do a proper robbery. Luckily, the path to the back room of the vendor is just behind him, which makes it an easy one. However, finding the key is not that easy.

First, you will need to go to the infected building across the rooftop where you can get a mission from Mindy Blanchard. Once you go inside, take the stairs and then you need to go through a giant wall there and enter the room with the piano. After that, climb onto the shelf that blocks the door and continue to go up until you find an infected room. There will be a lot of bad stuff there, so be sure to clear it out before doing anything. The key to the black market will be inside an old aquarium, so be sure to smash it in order to get it.

Now that you have it, go back there and open the door and there it is, everything will be at your disposal.

The second black market which you will find is located in the forth mission of the game. However, in order to get there, you will need to have few explosives in order to go through the brick wall that is holding thins place. Having said that, the first thing which you need to do is find the partment building near the beggar which is just past the Black Market stairs. Now, you need to get through it and here is how.

The fifth mission also has a Black Market and it is near the start of the mission itself. However, in order to get inside, it is kind of tricky to do.

First, you will have to turn right and look in the window when you are entering the Black Market room because there should be a red chain there. However, since it is impossible to grab it by hand, you will have to use an arrow in order to break it. After that, you need to grab the crank-wheel leaning against the back wall and take the wheel down to the red pole near the canal gate.

Lastly, attach the wheel and turn it, which will grant you access to the market.

Like I mentioned, this one is pretty hard to pull off, so you might want to watch a couple of videos before actually doing it. Of course, no matter how you approach this, be sure to complete the side-mission first because things can get pretty rough otherwise.

This Black Market is located on Valia Street which is in the Neutral territory. However, unlike the others before this one, you will need to have a special passcode in order to open this place and get inside. As you can imagine, getting your hands on this code is not going to be a walk in the park. Let's take a look at how to get it.

The first thing that you need to do is to go into the vendor's apartment. In fact, it is not going to be easy but the only way of doing this is by braking in. In order to do that, you have to slide under the hole in the brick wall to the right of the black market.

After that, enter the alley and look through the windows until you see a door with wood planks. When you find then, try shooting at them in order for them to break. After you get inside, find the calendar on the wall and look for the following numbers: 4 and 28. The second number will be circled in red, so it may vary because there could be future updates to this game.

Now that you know the code, go back to the locked door which is beneath the apartment and put the code there. After that, just go in and rob the place. 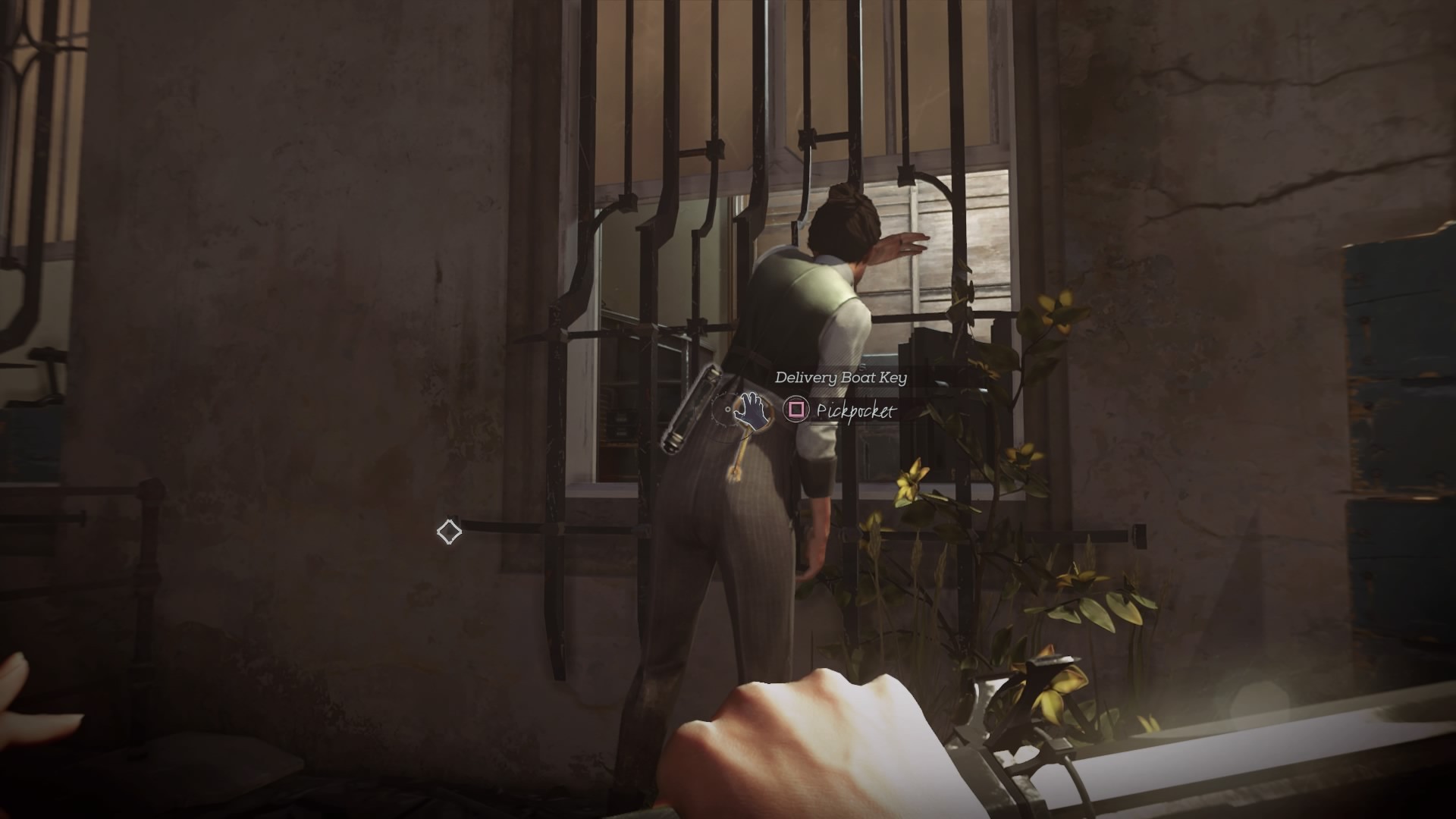 The next mission to have a Black Market in it is the eight one. However, you will need to get multiple items in order to crack the code here and break into it. Having said that, the first thing to do is to find the Winslow Lock Shoppe which is located somewhere on the streets. Once you find it, here is how to get inside the Black Market.

As you can see, some of the black markets are a lot harder to get compared to others. However, if you give yourself enough time, it should be enough to deal with the issues.