Every gamer with self-respect has a collection of games. Old school fans hold eBay-battles and the one who wins will pay enormous money for a copy of Fallout 1 Collector's Edition to put it on the shelf as a trophy to other classic disk editions. Digital-generation spends their savings on replenishing the virtual warehouse. After all, it is always nice to buy a game at a discount in the online store and leave it to rest, right?

The situation on PC digital distribution battlefield is as follows: the young maximalist EGS challenged the alpha Steam to a fight for permanent audience, Origin lags a little behind with its games-as-services, Uplay sets up servers and dig deeper into esports, Blizzard has built its own base of assurance and power that no one will ever even be able to sneak in, GOG hops around the clearing and collects flowers, and behind a small fence of the kindergarten Apple Arcade and Google Stadia are looking at their adult uncles and learning.

Well, let's remember how it all began and how we came to this.

The history of Battle.net and Blizzard App

The first digital distributor, of course, was Blizzard — the most powerful and popular gaming company at the turn of the millennia. Between 1996 and 1997, Blizzard released Battle.net, which was built into the first Diablo — a convenient platform right inside the game. But at the time, it was more of a function. Users met it positively, the developers of other companies borrowed some ideas. At first, it was just a game list with chats and the ability to connect to servers, then — a forum, guide materials and news feed were added, all in two-button accessibility, everything is as accessible as possible. Already at the end of 1997, the number of active users of the service exceeded 1,5 million.

Fun fact: it was possible to play the pirated version of the first Diablo, but with the release of StarCraft, Blizzard started requesting an authentication key designated on the disc (oh times, oh manners!) to authorize and play online. 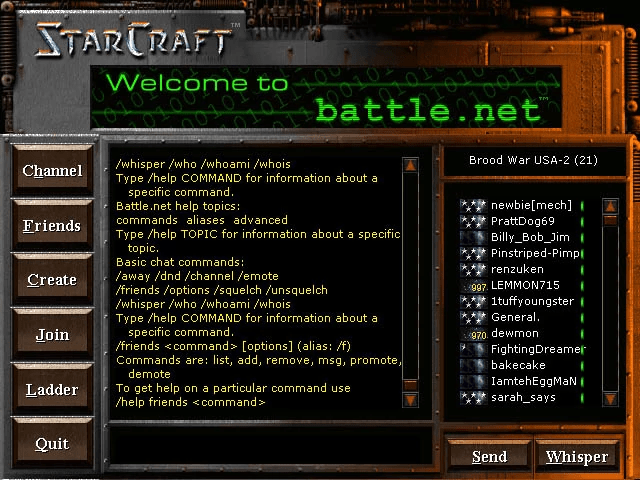 Later, in 2009, the company released its own launcher (Battle.net 2.0) with an internal store. Diablo 3, Starcraft 2 and WoW could have been launched only there. The community was surprised: "How come, what about Steam, why not integrate? Why do we need two launchers now? This is inconvenient, it wastes my system's resources." However, there was no choice. Strong brands, large audience, high-quality content. And no games from other publishers — the service worked solely for Blizzard. In 2016, Blizzard decides to rebrand it but had some difficulties. Company's CEO Mike Morhaime said that Battle.net is an implicit rival to Blizzard and therefore decided to merge the two brands into one. A little embarrassment, a Destiny 2 obstacle, and in the end we receive Blizzard Battle.net to preserve the existing legacy of the old name.

All in all, Battle.net can be called the founding father of all stores and sites for digital distribution.

Valve started with Counter-Strike. The first multiplayer shooters worked with World Opponent Network (WON), which was a hub where you could find other players. But CS needed instant updates, and there, of course, were cheaters to fight with, the community wanted communication, so Valve decided to create its own service. At first, they acquired WON to control the multiplayer of their games. The company thought that it would be nice to also sell games through digital distribution in a similar service, so then, with the help of AT&T, Acer and GameSpy, Gabe at Game Developer Conference-2002 announced that they are creating their own system (which was developed under the codenames Grid and Gazelle).

Day of Defeat was honoured to make the debut: a World War II first-person shooter mod made on the Half-Life 1 engine. The community was dissatisfied with the fact that Valve came up with switching from WON to Steam (and in 2004 closed the first one completely), but with the release of Half-Life's sequel, the company decided to force the installation of its service to all users, and the more people became angry. However, this situation has become an excellent example of how at first seemingly wrong and imposed decision eventually gave rise to something game-changing. In 2005, the first games from third-party developers appeared in Steam game store: Rag Doll Kung Fu and Darwinia.

Fun fact: in 2005, Valve's retail publisher was none other than Electronic Arts. 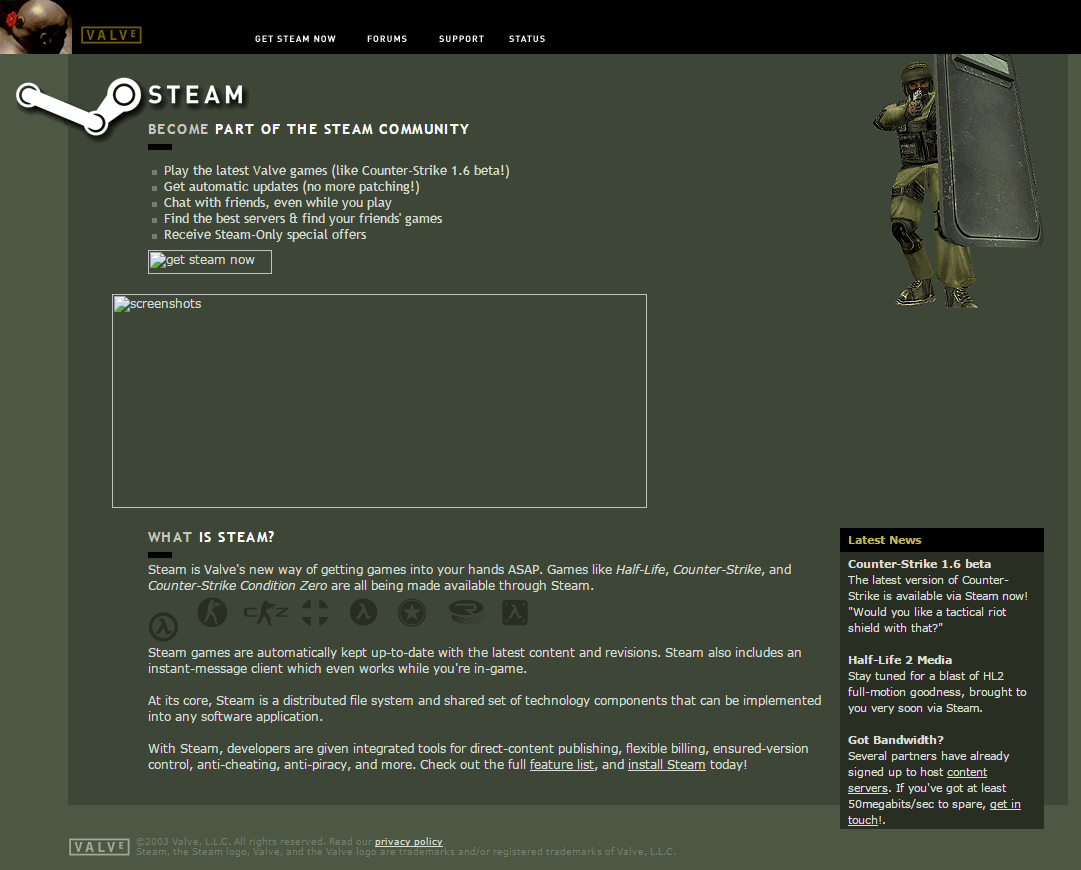 Well, everything else is history. Steam began with a snowball from a couple of games and over time grew into an avalanche, sweeping away everything in its path. A couple of important birthdays:

Today, if you look closely at the insides of the service, you will notice certain problems: a huge number of scammers, anime games settling in, the service's own Dark Web, financial issues that don't work for indie developers. However, it is still a huge, stable, popular and important platform. Steam has become something of the Internet inside the Internet, a small world for gamers.

In 2005, Electronic Arts revealed their own service: EA Downloader, which a year later was replaced with EA Link. It allowed to download publisher's games, watch trailers and videos, try demo versions. After years of errors, renamings and creating identical but different services that could be merged into one (EA Store and EA Download Manager), in 2011, the company completely updates the system and calls it Origin.

Fun fact: Origin Systems, the company that created the Ultima and Wing Commander series, was acquired by EA in 1992 and closed in 2004; Origin we have now is something of a tribute to the company.

This service was supposed to become a full-fledged competitor to Steam. At first, it only denied users with its interface, low download speed and a small set of games from a single publisher, as well as a poor level of personal data protection, since system chat was not encrypted. Also, EA was condemned for spying and collecting users' data, since the agreement of use allowed the company to collect information about the computer and third-party programs that were not even related to Origin. 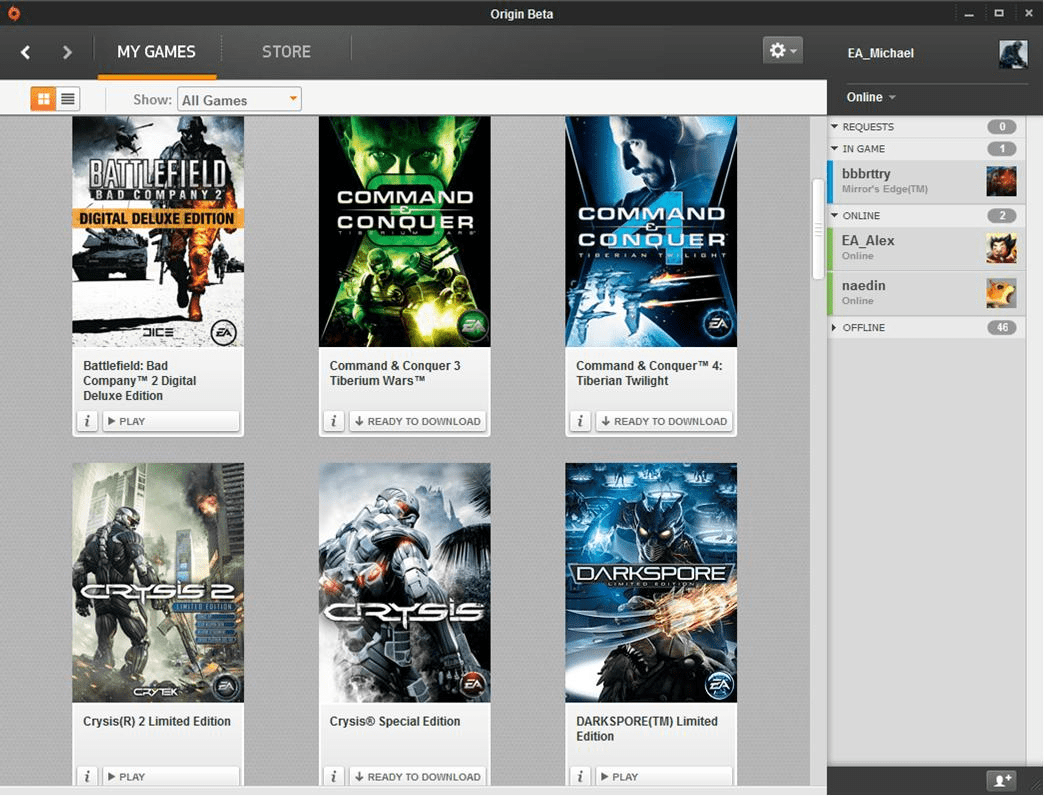 Although, Origin could not mature into a serious Steam rival. EA, nevertheless, focuses on own projects as there are a lot, and they make enormous money. And this is reasonable because EA has agreements with practically all international sports organizations: UEFA, NHL, NFL, UFC, NBA (shared with 2K) and others. Do not forget about almost-games-as-services like Sims and Battlefield. Electronic Arts have enough of its own strength and resources to produce AAA-projects, even bad ones, and feel okay with that. Then they spend incredible sums on F2P Apex Legends' advertising and slow down the projects' support. Microtransactions and pack-lottery included. Origin will exist as long as people have money to buy EA's stuff. So Electronic Arts will unlikely get into Steam and EGS fight because the company is strong enough to be profitable on its own.

Epic Games Store was released on December 8, 2018. It's strange that it happened so late, more than a year after the release of Fortnite. Nevertheless, Sergey Galyonkin with his bottomless wallet manages to make deals with everyone and pleases users with discounts which are confusing developers. EGS intends to take Steam's crown of the largest digital distributor in its field. The situation is so epic that it deserves a separate insinuatory conversation.

In addition to the giants described above, there are several other important game distribution services. For example, GOG.com. In Good Old Games, the name speaks for itself: here you can purchase old games which may not be sold in other stores officially. And without anti-piracy built-in protection. GOG, like CD Projekt Red behind it, just does its job well for the benefit of adults and honest people.

There is Uplay, which represents Ubisoft game store, but the company does not monopolize the distribution of its games through its launcher, just simply embeds it into all its releases. It will hang running and eat out your RAM, so everything is okay. Microsoft also has the Store, but it is already a huge platform for any digital products: games, movies, TV-shows, books, etc. Considered as just an online market.

By the way, Ubisoft and Microsoft approach the situation in a bit different way. Both companies launched subscription services: Uplay Plus and Xbox Game Pass respectively. The second is already familiar to Xbox consoles owners, and very soon Game Pass is coming to PC. Uplay+ was just announced at E3 2019, but the French company promise about a hundred games at the start. And we are waiting for Googe Stadia and Apple Arcade. The next step in the evolution of digital distribution services, which can stifle both Steam and EGS, and in general the entire PC digital distribution. Systems work as subscription services, where you can also purchase games and even play it via a streaming platform if you want. The main feature is if bought once, you can use it on all your devices. Single-network practice is common for the US market, especially for Apple, whose operating system allows all the devices of one owner to synchronize and unite into one local network. Conveniently? Yes. Distopically horrifying?? Also yes.

But hardly Arcade and Stadia will ever be able to fully replace Steam and the growing Epic Games Store. Still, one thing is to play by subscription, another is to have your own library. In addition, almost every self-respecting gamer has an account in one (or even both) digital distribution services with an impressive number of games. Even if those games just gather dust on a virtual shelf.