Devil May Cry series is all about the style. The most pretentious weapons and the heroes' abilities make an unforgettable slash-those-creeps impression so everyone can feel delighted — all this started with the first part and continues in Devil May Cry 5. Maybe it was worth starting our series of guides with the classic Dante? Or tell you about Nero? Nope. V is much more interesting than both of them.

V's gameplay significantly differs from Dante's and Nero's. They are both traditional fighters, but the mysterious V is a summoner who uses demons instead of various weapons. From the very first mission, there are two creatures available for him to summon - Griffon (demon raven) and Shadow (demon panther).

V has only one weapon throughout the whole game — an elegant cane, so in this text, we will tell you how to make the most effective use of the summoned demons. 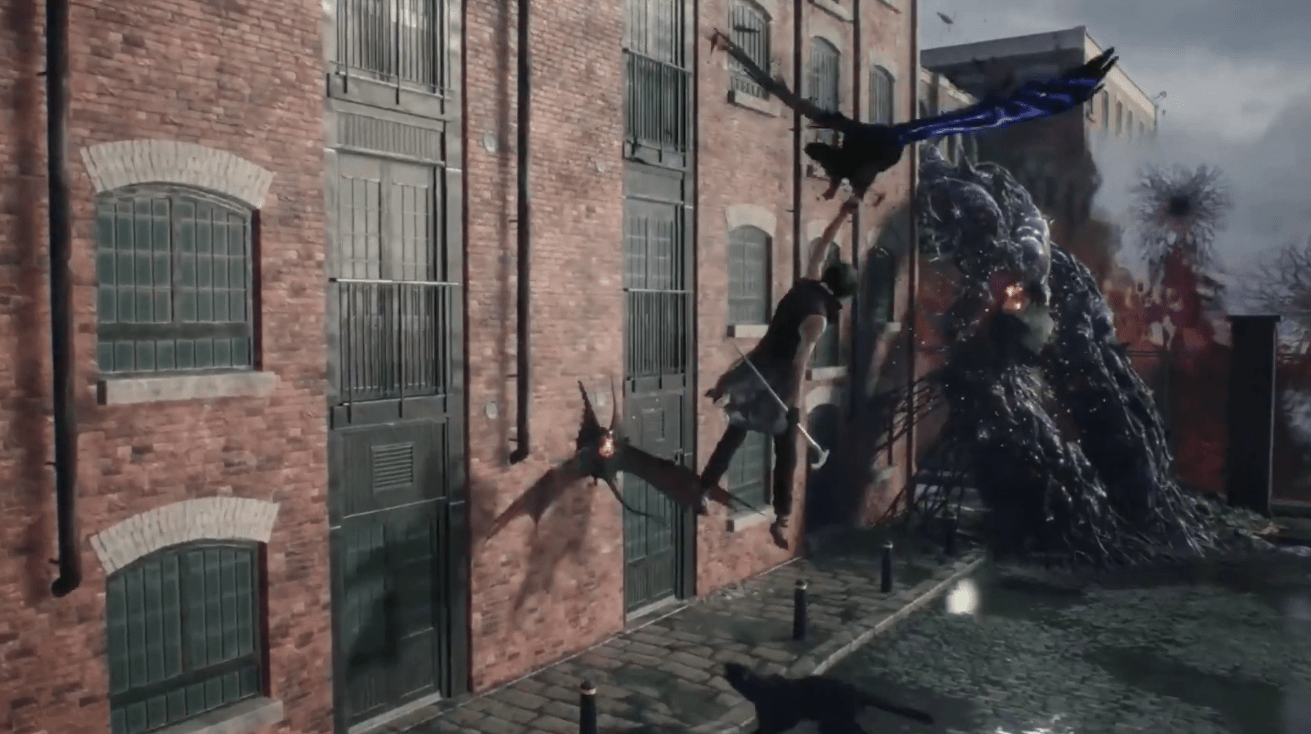 A demonic raven that uses remote attacks. Its most useful skills are AoE.

Blockade: Summons a lightning bolt that deals damage to a wide area. Best for a bunch of weak enemies and to exhaust several targets.

Flank Attack: this strike throws enemies into the air. Most useful in a battle with one tough opponent as Shadow will continue to deal damage against a defenceless target.

Double Check: an electric charge to the upfront — crashing through enemies. To control the crowd.

Griffon Vigor: well, this is like an HP boost. The stronger Griffon's defence — the more damage he can hold, as he's quite a thin demon.

Griffon Vim: reduces the time Griffon needs to return to you. Try to get it as soon as possible. 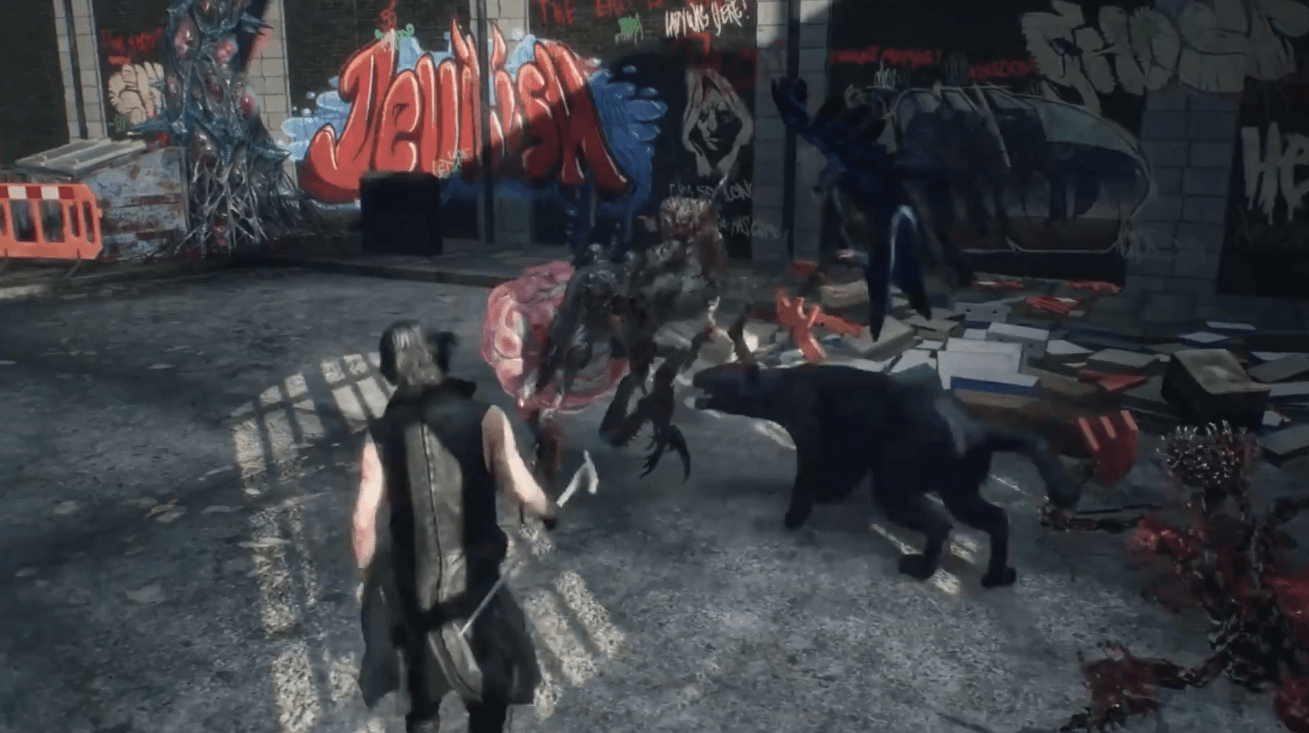 A deadly demonical panther, fast and gloomy one. Shadow is your primary melee weapon (you wouldn't try beating the fiends with a little cane, would you?). He can deal damage to several targets at the same time but is most effective in one-on-one situations.

Guillotine: while in the air, Shadow strikes forward or brings down the enemies. This ability can cause massive damage, especially to targets that are also in the air. Goes well with Griffon's Flank Attack.

Shadow Vigor: HP upgrade. Works the same way as with Griffon. The panther is not so defenceless, but some increased life duration never hurts.

Shadow Vim: reduces the time Shadow needs to return to you. Try to get it as soon as possible. 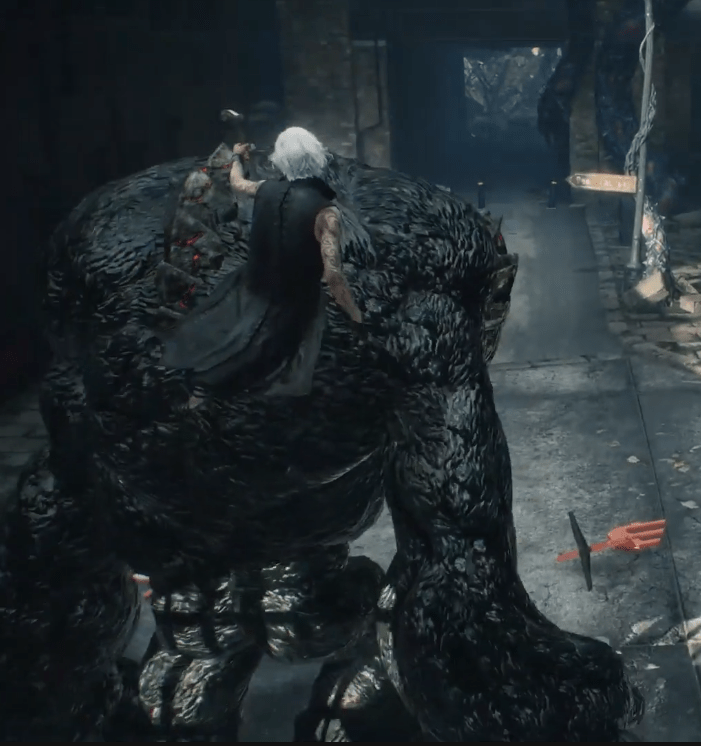 A huge golem-like creature. Nightmare appears when you activate V's Devil Trigger and will fight for you until the meter is empty. Nightmare can annihilate targets of any size, so you don't want to spend it on minor battles.

Domination: Nightmare shoots a laser out of his eyes while V is riding his back. Such a trick can be done only after performing Illegal Move, tilting the stick back and then forward (you are not going to play DMC 5 on the keyboard?!).

This is not Nightmare's ability, but it's better to mention it now.

Trigger Heart reduces the speed of Devil Trigger's consuming when the devil form is active. Try to get this ability as soon as possible so as not to die during protracted battles when Nightmare is vital to use.