All of us want to be like Dante. He's cool; he's strong. He can eat pizza and will never get heart attacks (even on girls). Ever since Devil May Cry number one he is killing stuff with numerous kinds of weapons. But who cares about other swords when you have Rebellion? After the guide on V's weapons and abilities, we continue helping you with all the guns and the most useful skills that Dante can use in DMC 5.

You can search for the gun you need through CTRL + F. Enjoy browsing or searching!

Rebellion and other swords 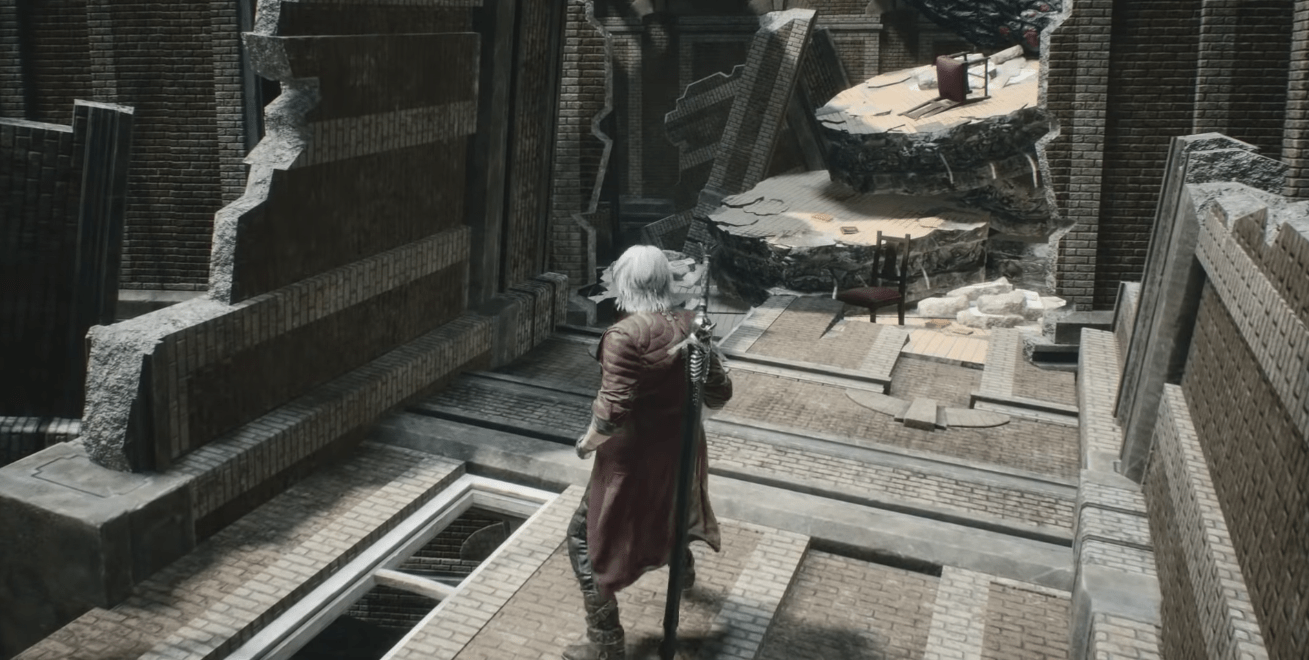 We can say only one thing to avoid any Devil May Cry 5 plot spoilers: Dante uses different weapons. Sword attacks are quick and dangerous. There are two skills which can be useful for the Rebellion:

Stinger and Million Stab: combine these two abilities as they are meant to do so. Dante rushes forward to strike and then completes the attack with a series of insanely fast punches.

Swords Formation. This ability makes swords fight separately from the player. It can be upgraded to increase additional damage. Pretty much simplifies intense battles. 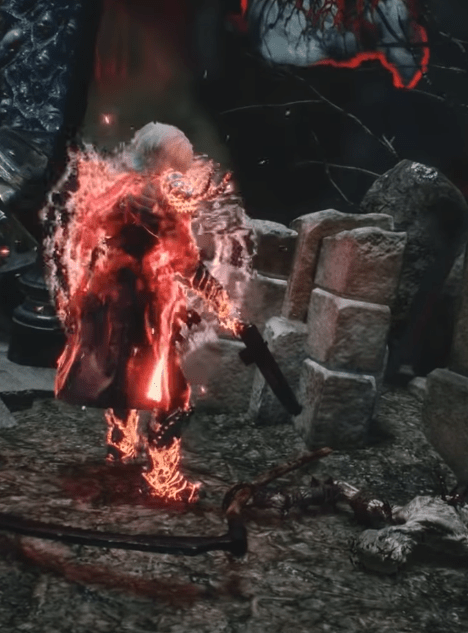 Balrog, in fact, works like two weapons, because its 'modes' turn it from lightning-fast striking gloves into striking leggings. You can instantly switch between them, which is great to deal quick damage after an attack with Rebellion. Useful abilities are as follows:

Updraft: kick back the opponent. This is a good alternative to a sword melee attack, and can also be a starting point for some combos.

Rolling Blaze: do the damage in a jump. You will rarely use it as a separate attack. But as a method of evasion — very often. 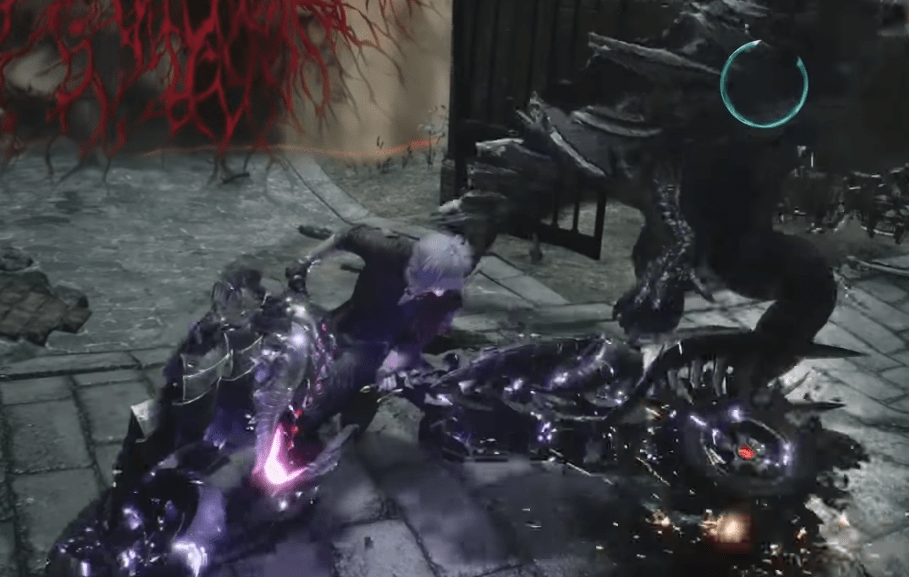 Damn it, you can break a motorcycle in halves and use it as a melee weapon! This is why we love DMC. The slowest weapon in the game, Cavalier becomes the absolute champion of defeating heavy-armoured targets. You can 'run-over' the enemies with the wheels at the end of almost all attacks to deal maximum damage.

These are the abilities you need to unlock:

Cross Line: an extremely powerful attack that deals damage to any opponent. Best for large and armoured targets.

Highside: in the middle of the jump, Dante strikes with the Cavalier and soars upwards. Great to start a combo in the air or to dodge ground enemies.

Braking: Dante brakes Cavalier and crushes enemies with wheels. Ideal for low-level enemies who will die in one hit, or to quickly deal damage to an armoured target. 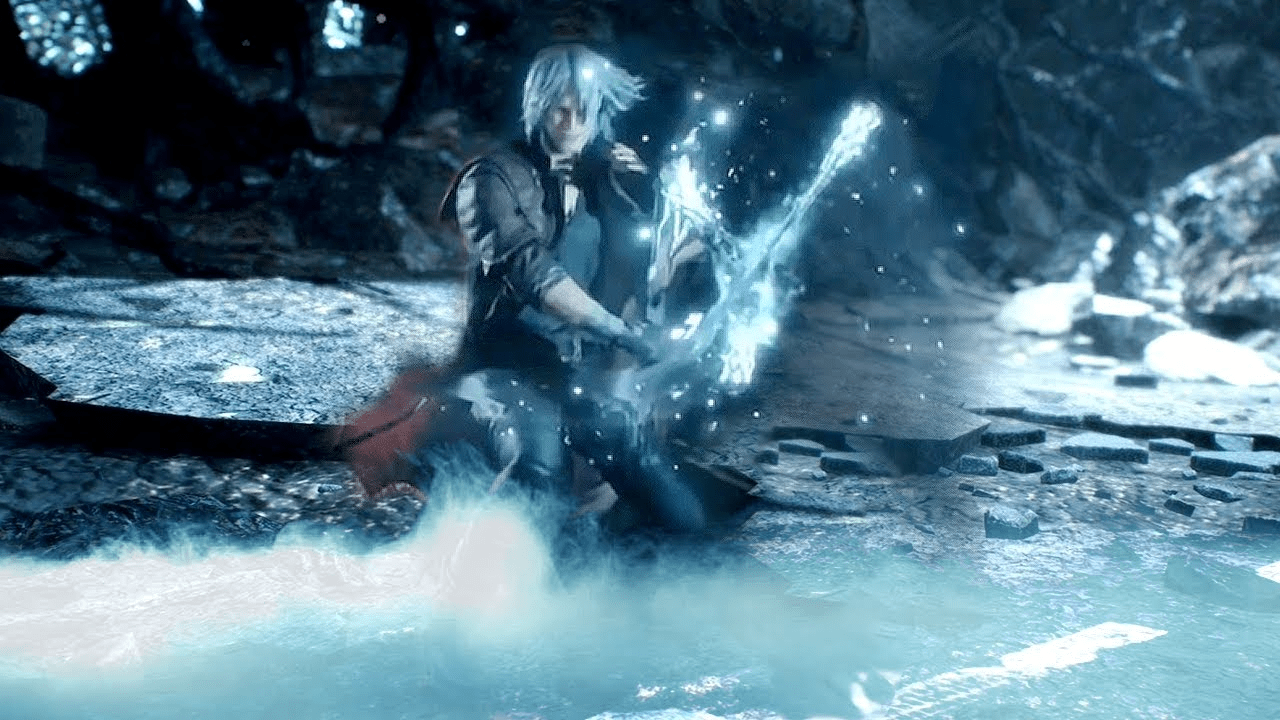 A universal weapon that could change its shape. King Cerberus can form into an elongated nunchuck or a powerful staff, depending on which button to press. You'll get it very late of the game, but it does significant damage on the ground.

Revolver: furious rotating in the air and striking with chains. Effective against enemies in front of Dante.

Long Revolver: charge the weapon with electricity and make a few full turns. It takes a second to prepare this attack, so don't use it when there are too many threats around you.

Crystal: send a huge ice blade at the enemies. Best at hitting targets at a long distance, as well as in the air. Especially if the auxiliary weapons are long-ranged Ebony and Ivory.

You know these. Black and White, Ebony and Ivory. Dante's only true beloved women. They have an impressive range and do counts as combo strikes, but don't do much damage, to be honest. Get the ability to keep your enemies off balance.

Charge Shot: Dante charges both pistols and quickly makes a lot of shots. Break through defences or save combos. 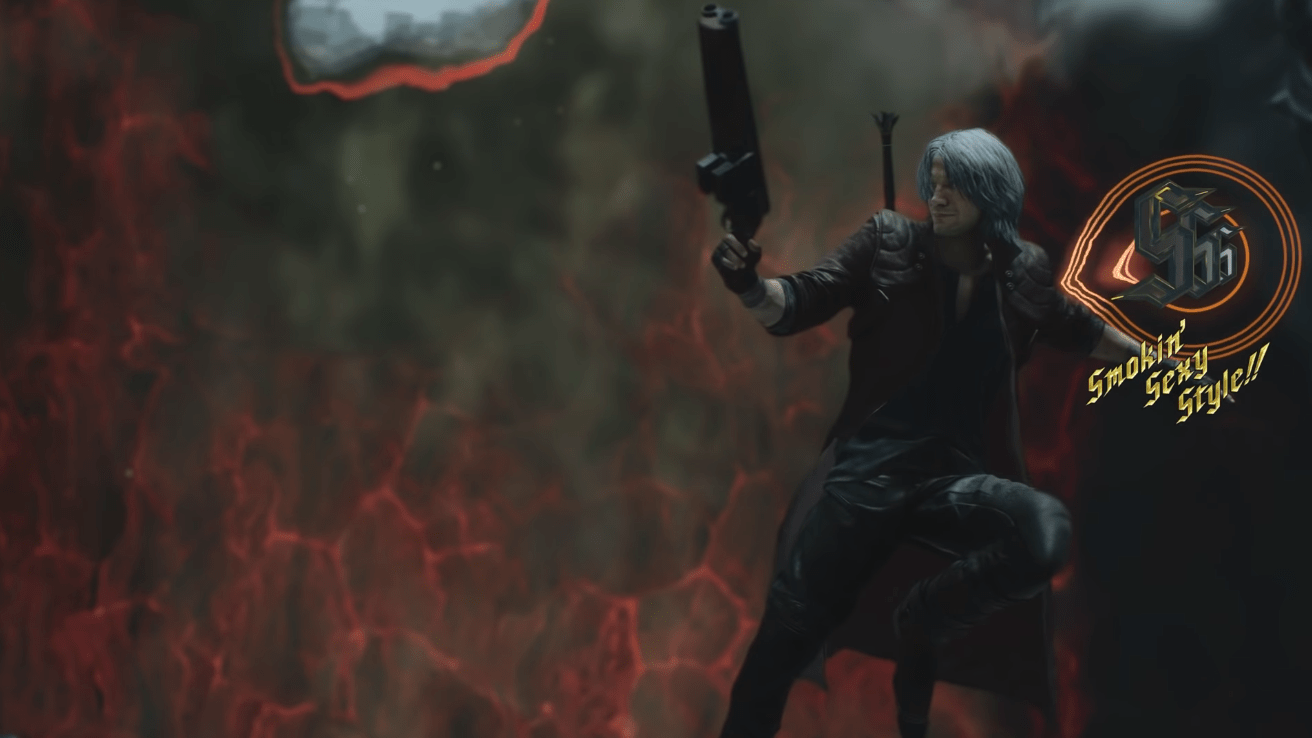 A powerful shotgun with a short shooting range. Coyote-A does great damage and is ideal for killing flying enemies. Just get yourself a single ability to have maximum profit.

Charge Shell: Dante shoots a superheavy strike at the enemy. This attack requires a lot of time to charge, so it is reasonable to use it at the beginning of the battle as an opening for a combo. So you won't lose your rank. 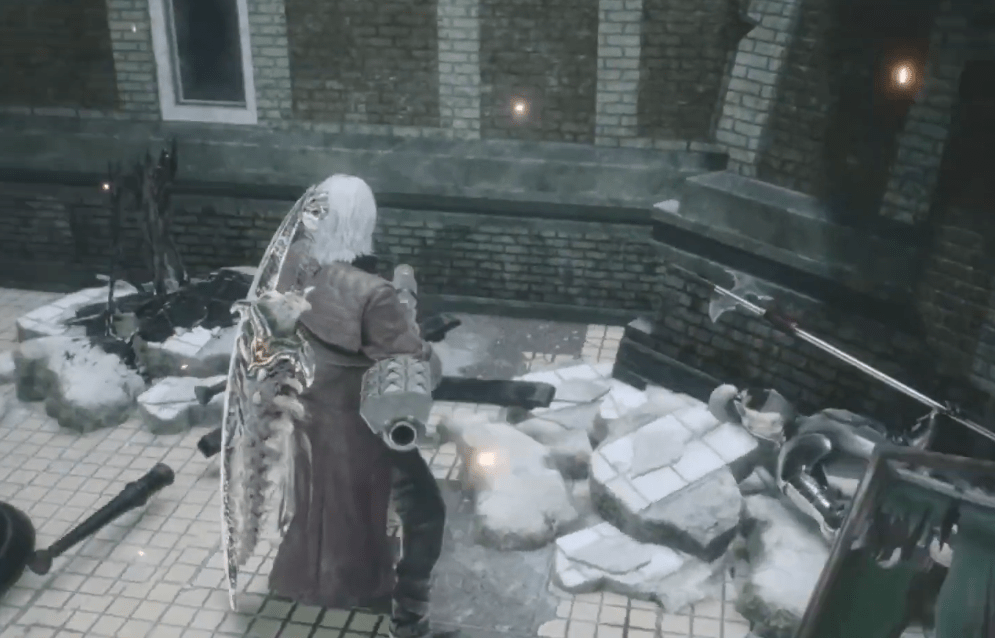 This rocket launcher is accessible at the end of the game — suits best to deal damage to huge enemies and bosses. And if you find a second launcher, you can turn the weapon into a Double Kalina Ann.

High Explosive: add explosives to the missiles for extra damage.

Cascade: When using the Double Kalina Ann, charge a powerful beam of energy that penetrates the targets and throws them back.

Dr Faust is the hat Nico gave Dante. Allows you to spend Red Spheres in exchange for a powerful and rapid-fire attack. Spend wisely: Red Spheres are extinct!

Man in Red: surround yourself with Red Spheres that deal damage by touching enemies. Use as a passive way to fill combo when surrounded by opponents.