Deus Ex: Mankind Divided is one of the most interesting action role-playing games which also has some first-person shooter as well as stealth mechanics. In the game itself, players can take the role of Adam Jensen who has a wide range of mechanical cybernetic implants which are pretty cool.

Apart from doing various actions such as talking to NPC's and doing quests, you can also do option side quests as well as many different things which will provide you with experience. This experience unlocks Praxis Points which helps you upgrade your abilities. Having said that, it is very important to know the exact locations of the Praxis kits available in the game. In fact, they are collectible items which basically allow you to unlock the true potential of your installed augmentations. In other words, they will make you a very bad-ass guy who can have a lot of fun in this amazing game.

Of course, each praxis kit will provide you with one praxis. This praxis can be used to upgrade your favorite augmentations or just save up to buy new ones. You can purchase the praxis kits from clinics that are found in hidden caches during missions. The other way for you to get those stuff is doing side missions, which is also pretty hard to do. 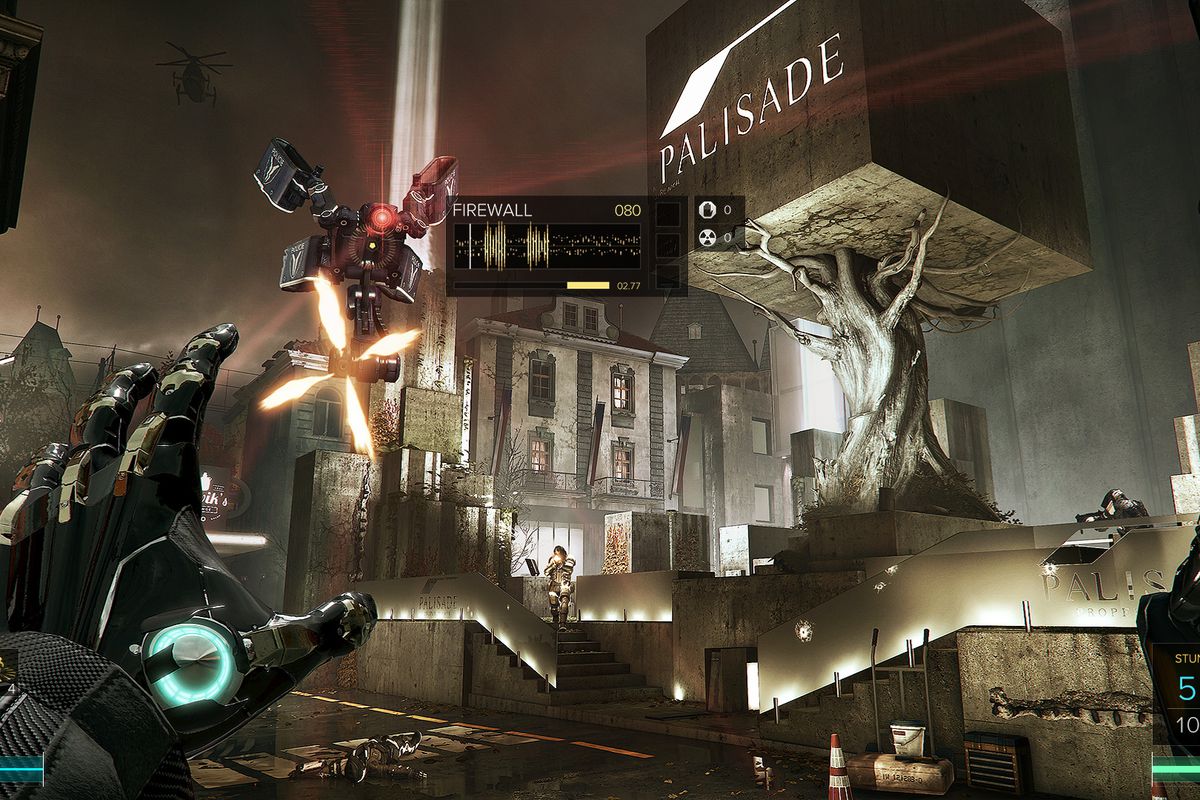 This first place where you can get this thing is near Jansen's apartment. In fact, as soon as you leave it, take the stairs which go one floor down and then go into the apartment with the eviction notice on the door. Don't pay attention to the guy on the couch because it is possible to taunt him, which is definitely something that you don't want to do.  Once there, just look for a hidden stash in the floor near the window and the Praxis kit will be inside.

The second place in this region where you can buy Praxis kits is from the merchant called Tars, who is located in the Zalen apartment number 21. The maximum amount of praxis which you can buy from here is two and each will cost you around 10000 credits. It is very important to remember NOT to kill Tars because I am sure that some of you are thinking about it. If you do it, you will be unable to loot them from him, which means that you will just lose on this praxis for no reason. Also, during your second visit to Prague, you can also buy one additional kit. The same applies to your third visit - one more will become available.

The next Praxis is located near the Time Machine book store in the east side of Prague's south hub (AKA Capek Station). As soon as you get there, enter from the main door and then just follow the stairs which will get you to the upper floor. Unfortunately, once you get there, you will have to crawl under the toppled shelf into the main office and then just pull the red book on the shelf behind the desk. After this, use the elevator which will take you to Koller's inner sanctum and as soon as you go out of it, look around for some paintings won the wall. Be careful because there will be a few there but you only need to go to the one which is on the far right. Remove it and it will grant you access to the vent. Go inside and after a couple of meters, you will crack the safe and get the Praxis kit.

The last praxis kit available here is located in the Church of the Machine God. It is very important to do this right because you can only enter this place on your second visit to Prague. In fact, it is part of the main mission called "Confronting the Bomb-Maker", which is also a must. If you miss out on this, you won't be able to get this praxis kit.
As soon as you go there, try reaching to the top of the apartment complex and look for Allison. In addition to her, there will also be a computer there which has a storage area next to it. Use the jumping aug to reach it.

Similar to the south of Prague, there are four locations here in total where you can get the Praxis kits.

The first one is located in the northern part of Prague and it is fairly easy to get. Once you go there, look for the infirmary in the southern part of the building. When you find it, you need to go inside and look for a row of books located on a high shelf. Apart from many other things, there will be a medical box left between the books. Inside, you will find the so-called "TF29 base" praxis kit.

The second one is a little bit more tricky to get because you need to work a bit more. This Praxis kit is located in the LIMB clinic, which you might have forgotten because you go there very early on in the game. Once you go there, you will notice that the door is locked. However, there is a door keypad there which opens with the code 4464 but if you just don't want to bother doing it, feel free to hack it and you will also get some bonus experience.
What's more, you can also find a vent entrance on the top of the arch which is just right of the LIMB clinic entrance. From there, go through the front door and climb onto the reception desk. After that, you should try and look at the ceiling in order to find a hatch and when you do, just jump up and you will see that a couple of boxes will drop. Inside one of them is the prize that you are there for.

The third one is located inside the Libuse apartments, east from the Pilgrim Station. As soon as you get there, climb on to the second floor and go to apartment 96. You might find this place familiar because you visit it during the eight-story mission. However, it is possible to visit it after that as well, so don't worry if you don't get the praxis kit at first.
Since the door is locked, you will need to hack it. However, this is only possible if you are a level four hacker or above, which is definitely not that easy. If you can't hack it,  you can always just jump to the ledge of the window, which will basically break the door. Once inside, search for a cardboard box on top of the kitchen and the kit will be inside.

The final kit is definitely the hardest one because you need to go in hostile territory. The place is called Dvali Territory and it is located in the Teather which is in the Northern part of Prague.  In fact, you will have to visit this place during your third visit to Prague which will happen later in the game. Also, when you do this, you will be able to either sneak around them or fight them head-on, depending on your choices. Having said that, it all depends on what kind of a person you are. If you like to just go and fight them, feel free to do it but be careful because these enemies are not a joke. On the contrary, if you prefer to just sneak around, it is also possible to do it and you will be able to steal the Praxis kit relative easy.
Regardless of which method you opt for, you will need to go to Radich's office which is located in the basement of this place. Once there, look for a safe which will behind a hidden panel and yes, you will need to hack it yet again. 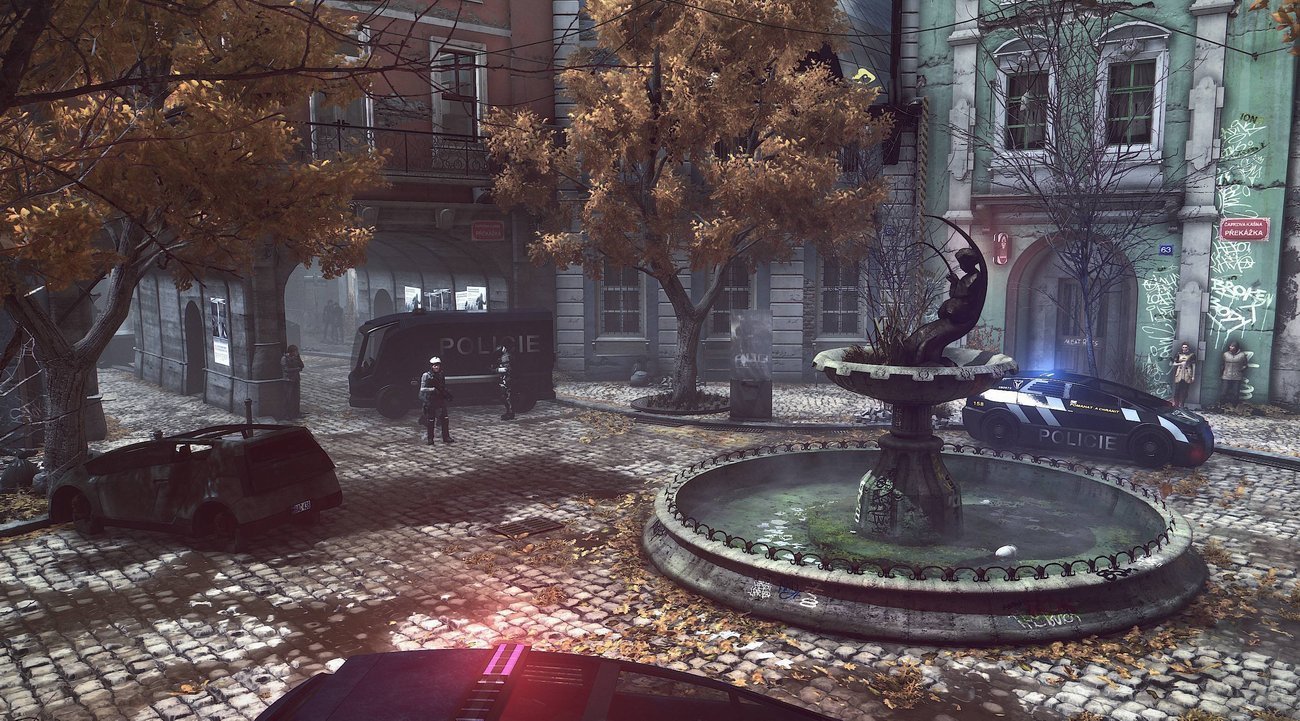 Apart from the ones mentioned above, there are also a couple of missions in Golem City where you can pick up a couple of the praxis kits. However, you need to be careful because they are easy to miss.

The first one is near Mir Flats, in specific - near the neon light sculpture. When you near it, take the right exit and go through a big door. However, you need to be careful because the police will be there and they might catch you. The last thing you need here is them to just sneak around.
If you manage to pass them, go into the storage area and you will see a big fence there. Look in the corners until you see a big medical box. As you can tell, the kit will be inside it.

The second praxis kit is here probably the hardest one to get in Golem City. Despite that, it is definitely worth it because you will also be able to get a couple of achievements. When you are starting this level, look for a golden penguin which you can find in one of the shacks in the upper levels of the city. When you find it, your job will be to carry this bird across the map until you find a hidden room full of penguins. When you get there, release the poor fella and you will see a big safe that will open. Inside it you will find the praxis kit and you'll also get the Golden Rookery trophy.

This place is located near Talos Rucker's office elevator int the ARC territory. When you there, you will enter the ARC Operations section and then just look around for a giant container. Having said that, this is definitely easier said than done because this container has tons of blue TARP on top of it. In addition to that, there are many of those containers there and you can only interact with just a couple of them. Despite that, after spending some time there you will eventually stumble across it.

The last praxis kit is also the easiest one here. All you need to do is to use Rucker's keycard. Of course, in order to get it, you need to go there and listen to some stuff that he has to say. However, as soon as you get it, go to the door on the left and then you will find a big safe inside his room which you need to hack. If you do it, you will see the kit inside of it.

Deus Ex Go - get up to five Praxis kits for free 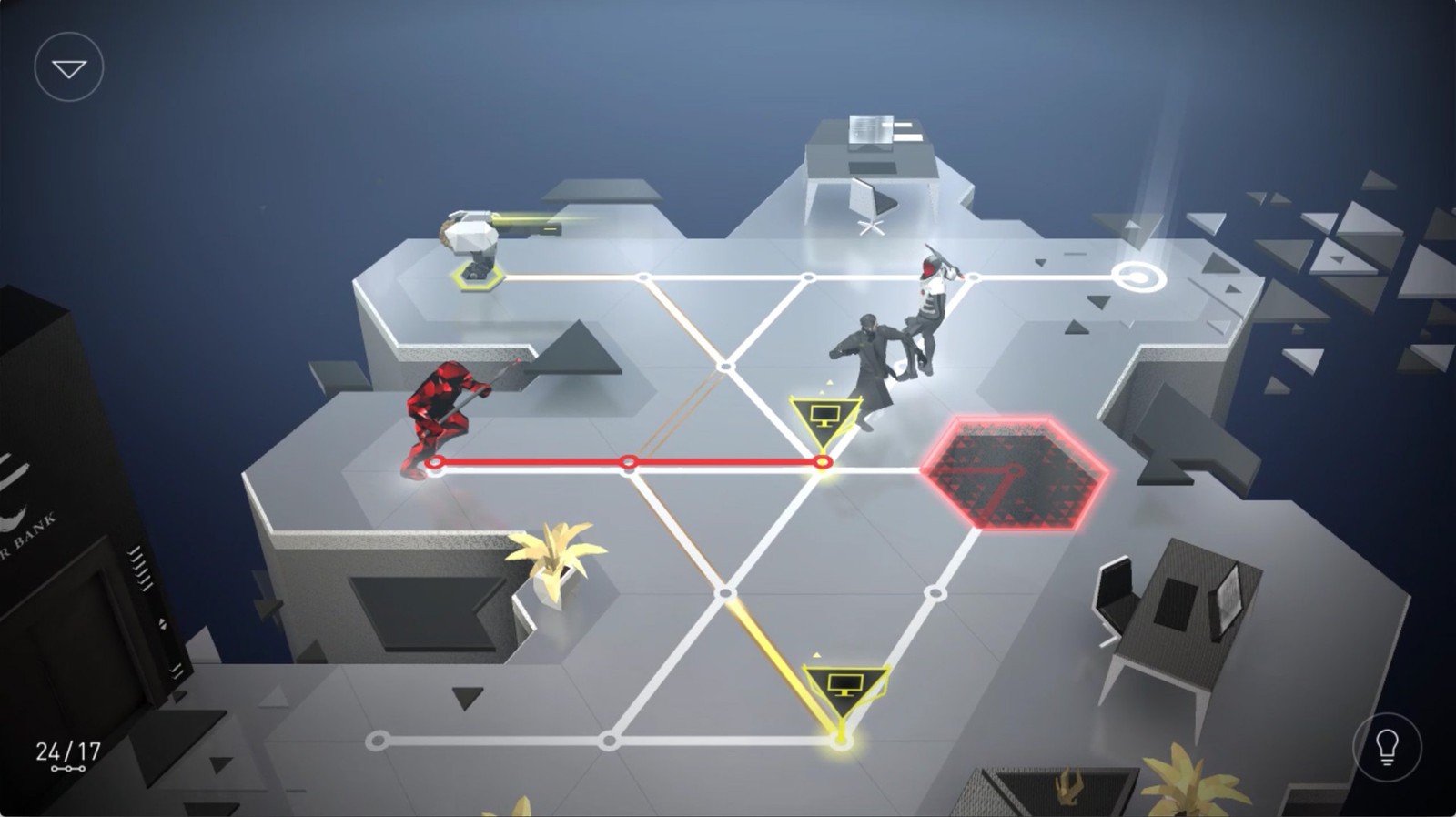 Of course, apart from doing various stuff in the game, there is also another way for you to get the Praxis kits. Deus Ex GO is an amazing turn-based puzzle video game for Android and iOS. You can download it for free and it will basically let you get an additional five Praxis kits which you can use in Deus Ex: Mankind Divided for PC or Xbox One (no PS4, sadly). Of course, you need to be signed in both games using your Square Enix account in order for this to work.

Here is what you need to do in order to unlock the additional Praxis kits: