Names can identify a class or category of things, or a single thing, either uniquely, or within a given context. That's what Wikipedia says. To identify. "The word that is used to refer to a person, thing, or place," Cambridge Dictionary explains. Two plus two, season it with thoughts and get what is most important in the modern gaming industry: we judge books by covers and say goodbye after we have the experience. A gamer in 2019 will not complain about FromSoftware's bad graphics, because he is going to play Dark Souls for another reason. He will not spend $60 on a game with the best visual look of the year if he is not interested in the gameplay or storyline. Especially if the company or the person engaged in the development do not inspire confidence based on previous experiences and, importantly, poorly evaluated by society. And while the whole world is fighting against labelling, in the game industry it saves from wasting financials and time.

A journalist played and completed Sekiro with cheats to make a review on the project because the game itself was too complicated for him. Scandals began to flare up with the seeds planted: FromSoftware's games are too complicated, and for Christ's sake, journalists are people with a fragile mental institution. At the same time, it never occurred to anyone to mention Nioh or Devil May Cry 3. And such games as Cuphead, Binding of Isaac and Super Meat Boy are not considered at all, because they are supposedly created for hardcore gaming. But hey, if you find it difficult to play a game, maybe it is just one of these? The last three have a simple but excellent plot, nice unique graphics, and a fanbase. But the question is about distribution. Sekiro was too powerful as an information bomb to be perceived as a hardcore project.

Hardly anyone this year will be able to overshadow the bomb named Hideo Kojima and his Death Stranding coming out in November. The proclaimed genius, the best game designer of our time, a fantastic director and playwright with ideas that cannot be comprehended by a mere mortal without deep analyzes of thousands of words made by hardcore geeks. Kojima is extraordinarily good: he knows how to create the cut-scenes and the plot in a certain way. Everything will seem dramatic and pretentious, clichéd and fascinating. MGS 1 and MGS 3 are the best examples of literary dialogues, exciting turns and hidden meanings.

But well, who would be Kojima and his games without Tomokazu Fukushima? It was he who worked on the general logical and minor plot components of the first three parts, which, by the way, are the best in the series, and marked the beginning of the Kojima. Tomokadzu was a blotter for Hideo, he stopped him at the right moments and did not let chaos prevail over order. The situation with the fifth part and the disagreement with Konami is not so unambiguous. Possibly, the ambitions and ingenious ideas of Kojima, which were beyond anyone's control, forced the bosses of the Japanese company to take action. Indeed, the final part of the adventures of the Snake family even though opened up a few secrets, still left behind no less new ones, in addition to the illogical statements and the events of the game, contrary to earlier parts.

Hideo says that he invents a "brand new genre". He is appreciated throughout the world even by people who are not familiar with gaming. He knows how to negotiate with actors and directors because his mind is like a beehive with thousands of worker bees, each of whom writes a new cool idea. But the main question is how this idea will be implemented, curbed and how society will perceive it.

On the other hand, there is Gabe Newell, whose name is associated with greed, sales, high prices and Steam's large commission for developers. As well as with laziness and unwillingness to release the-third-part-of-you-know-what. His wealth is greater than that of Steven Spielberg and Donald Trump.

However, Gabe is a very nice guy. He loves games, that is, he does what he likes. He enters the scene of Dota 2 tournament with the biggest prize pool in history in slippers and makes a rather modest speech. He decided not to repeat the experience of Microsoft, in which he once worked, and, opening Valve with Mike Harrington, gave his staff the will to rest, have more personal time, and even sponsored their travels to Hawaii. He invested in a culinary show. But when your company becomes one of the leading gaming platforms in the world, you have to move away from your beloved activity in favour of the success of your brainchild. Any manager who has been promoted to lead his colleagues used to feel something like that.

Of course, no one knows what's going on behind the scenes. Perhaps Gabe will subsequently be played by the kind and confident Ashton Kutcher. Or maybe the evil and unprincipled Michael Fassbender.

Todd Howard is the most interesting case. While the community criticises him for bad games, endless Skyrim ports and pay-pay-pay, the medals for developing  TES II Daggerfall, TES III Morrowind and TES IV Oblivion are collecting dust on the shelf. Well, let's not be cunning, Skyrim was a fantastically good game. Eight years ago the release took place, and people play it to this day. Todd loved games, and, as a schoolboy, visited Bethesda's office almost every day with the hope that he would be hired. He received a refusal due to his lack of education. After graduating from school, he tried again but unfortunately unsuccessfully again. And only in 1994, after college, where he chose a financial speciality because "it was the easiest way," he was accepted into the company of his dreams.

Howard became a trapped victim. Yet several years of "monetary speciality" did their job, and it was also noticed by investors/bosses of Bethesda. Todd knows how to make games and knows what to sell stuff to a gamer. His three rules of gamedev are:

And a person who knows how to make games and understands how the economy works is forced to work towards the market, creating innumerably payback projects and coming up with the first purchasable horse armour. Imagine if you had a dream job but circumstances put pressure on you. Could you be at least as good?

The final name is Elon Musk. He is mostly an outsider, but, nevertheless, the most mysterious character of the present time. Elon is an Internet hero. He looks like a reptiloid, perhaps he is governed from above. Of course, Musk has achieved incredible success with his projects, ranging from PayPal to Tesla, from space Odyssey to artificial intelligence, which is almost unbeatable.

Elon looks like the perfect symbiosis of an entrepreneur and businessman. His name has tremendous power. He is the face of the modern generation and the ideal to which we all should strive. He is funny, knows about what's going on in the world, phenomenally intelligent and manages to do everything. 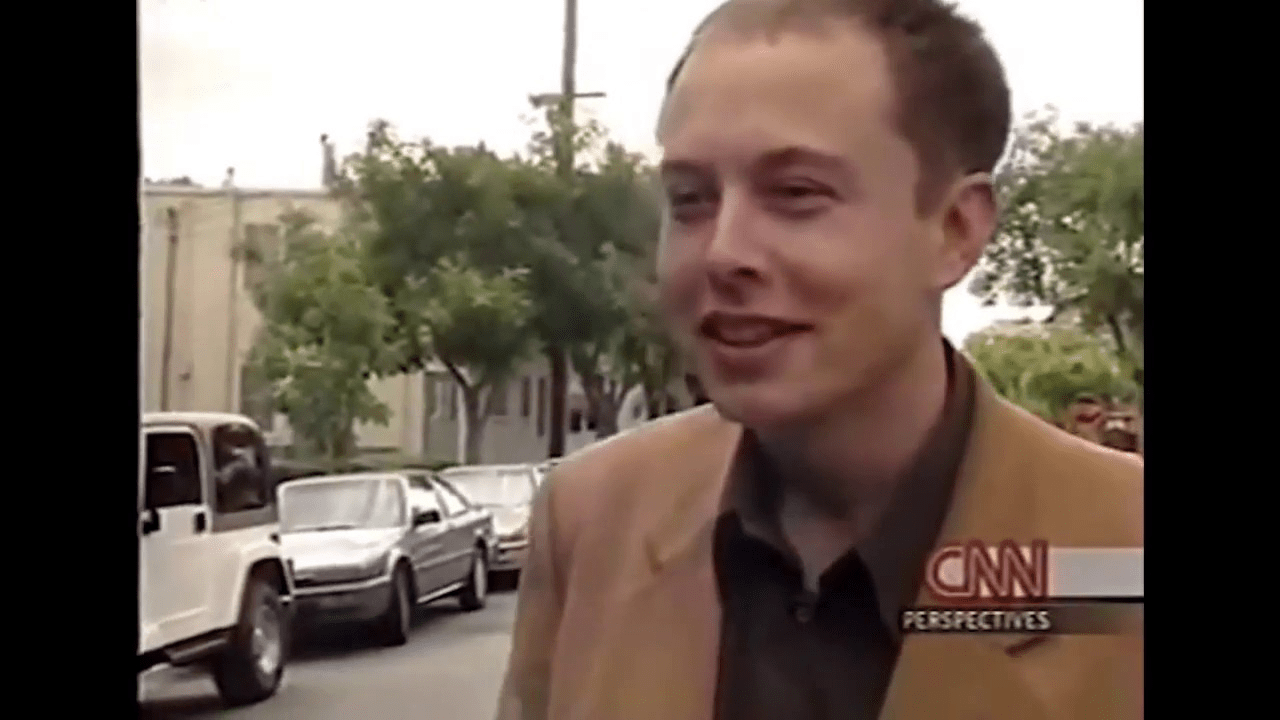 Too sweet to be true, right? Most likely, there is a huge team of press secretaries who work for Elon. Perhaps he doesn't even read and manage his Twitter. Maybe he hadn't seen any anime. One can build as conspiracy theories as possible, but there are only two more or less justifying stories:

Elon can release a game of any quality, but the community will greet it with enthusiasm and positive feedback. And all thanks to the name.

Humanity is really inclined to attach labels and use stereotypes. An even bigger problem is that we ourselves will perform as they say so as not to turn out to be sore thumbs. It works with the zodiacs, works with psychological portraits. Another question is that, apart from the name, there could be a complex story behind the person, full of ups and downs, decisions and pressure, consequences of choices and accidents.

Names only stoke interest. Directed by Hideo Kojima, Powered by Steam, Made by Bethesda Game Studio and Founded by Elon Musk are just labels on the product. Yes, it can be considered a sign of quality. However, whatever the packaging and whoever is having the authority to change your point of view, you should first try, and then draw a conclusion. Wisdom says: a person is judged by his actions. So is it worth it to label someone for fear of getting the label yourself?