Death Stranding: How to Take Down and Defeat MULEs

Death Stranding: How to Take Down and Defeat MULEs ⚡⚡⚡ Esports and gaming news, analytics, reviews on WePlay! The latest news on WePlay!

Death Stranding is a unique game when it comes down to gameplay. At first glance, it might seem like there is not much going on. However, once you get to know this game, you will find out that there is a lot more dangerous than initially thought. Apart from the BTs, there are also these "evil humans" called MULEs, which have only one thing in mind - to get your cargo. Their goal is basically to have as much baggage as possible, which means that they will steal it from everyone they can.

When you first come across them, it might be tough to actually do anything about it because they are pretty hard to deal with. Despite that, we decided to show you some of the ways in which you can fight against the MULes in Death Stranding.  Keep it in mind that the MULEs will only be aggressive towards you if you have any kind of cargo. If you don't, they won't even bother to actually fight you unless you go too close to their camp.

To make a long story short, you got two choices - either run away or stay and fight with the weapons that you have on yourself. Let's dive in and see what to expect. 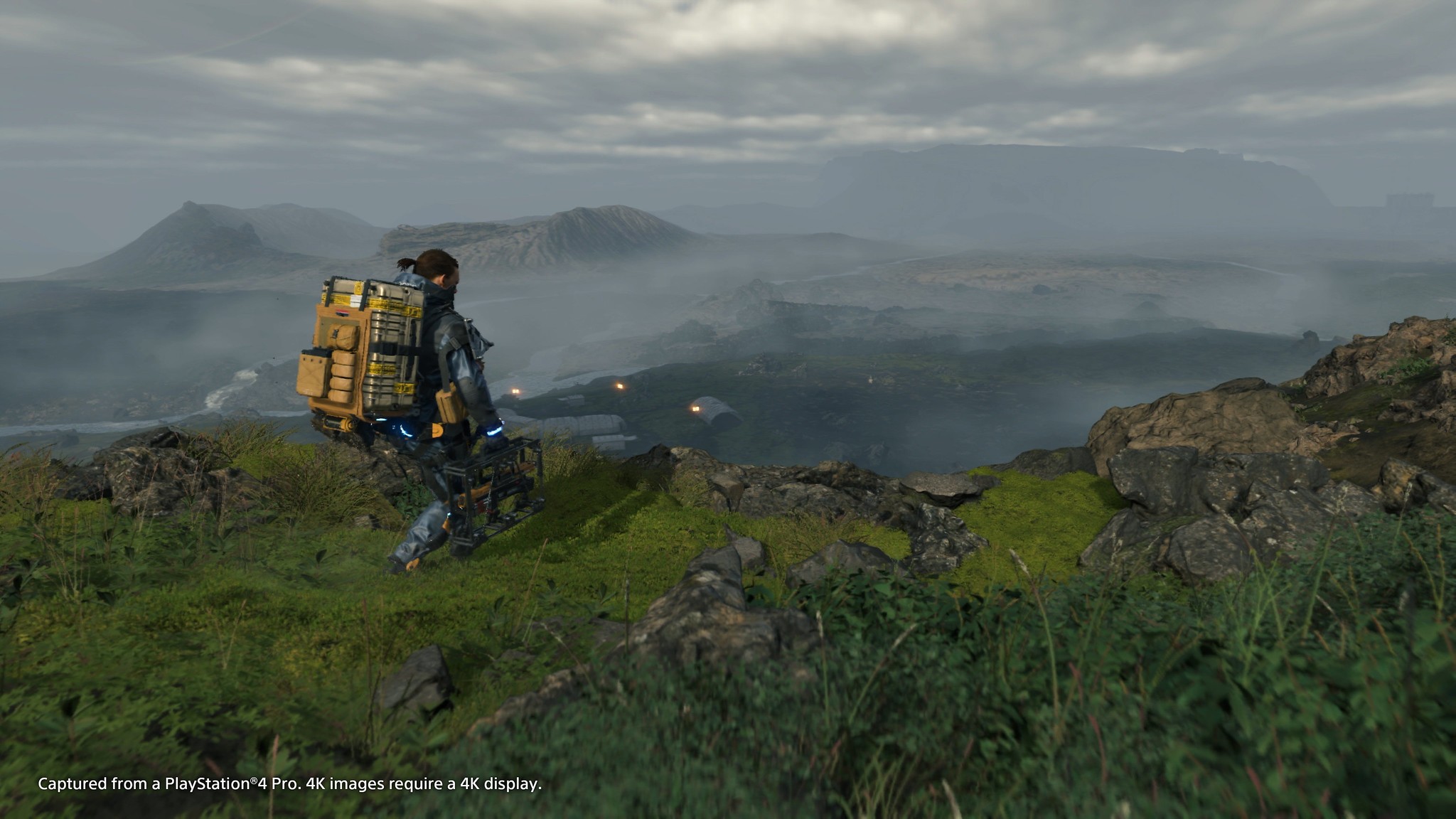 The first thing that you need to be aware of once you have ordered is if you have to go through a place where there are MULes. If that's the case, it is advisable just to avoid their camp and take another route. Even if you have to waste more time doing it, it is worth it in the long run because you will be safe. The good thing is that you have a particular sensor that shows you when you're close to them. When it gets yellow, you should have a clear view of their camp, so be careful.

Keep it in mind that you can also use your scanner offensively. For example, you can check where are their mailboxes, as well as the cargo that they move around. If you want to have a little "adventure," feel free to explore around and check what they have to offer.

It is important to remember that the MULEs also have their own sensor that's similar to your Odradek one. This means that they will know once you are in their zone, even if they don't see you first. In other words, you have to prepare yourself for action because, in most cases, the MULEs will come to you and check out what's happening once their radar spots something. Still, it is advisable to stay near the ground at all times because it gives a glimmer of hope that they won't see you instantly. Always try to hide in the grass, especially if it's long.

Luckily, Death Stranding gives you the chance to know when the MULEs spot you. You see a yellow light on your HUD that will signalize how many MULEs are coming to get you. As long as they are yellow, they shouldn't be a problem because that means that they are just exploring. However, once it turns red, it means that they've seen you, so you need to prepare yourself for a fight. Of course, as we mentioned above, if you don't have any kind of cargo on you, chances are that they are just going to let you be.

The sad part is that you can't do much if they catch you in their territory. Probably the best idea would be to try and run as fast as possible towards the end of their area. However, you should keep it in mind that some of the MULEs are very fast, so they might catch you if you come across any kind of rocks that you can use, grab and throw them to save some time.

Of course, they won't be just chasing you with their fists. The MULEs are famous for their shocks and all kind of annoying weaponry that is very dangerous. For instance, they have special shock weapons that are able to "electrify" the ground whenever the strike lands there. This means that you need to continually be on the lookout and try to avoid those attacks if you want to get out of this alive. ]

Going in their camps 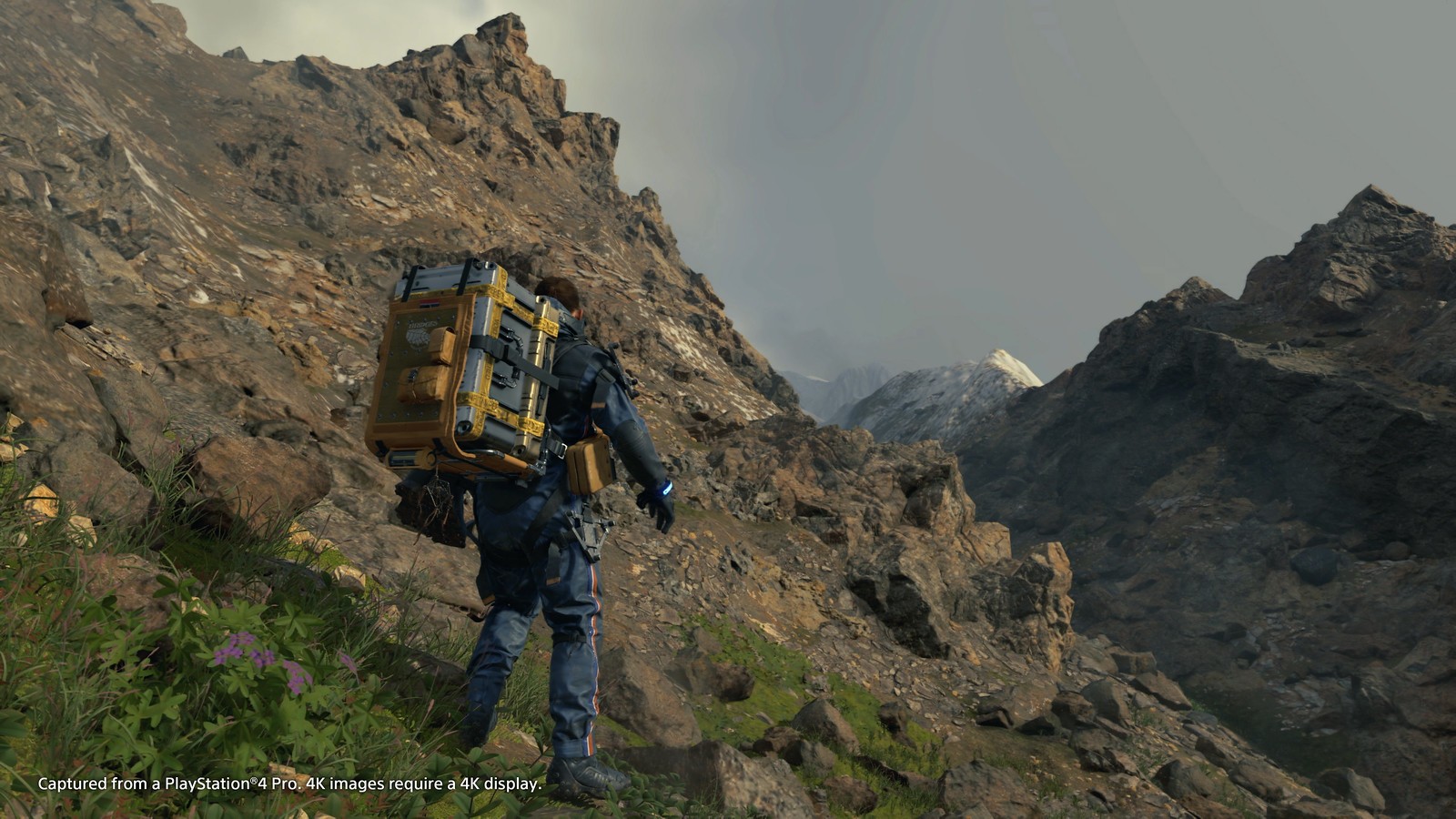 It's not really advisable to go to the MULE camps because it is pretty dangerous. However, if you want to have a  special "thrill" that you can't get otherwise, you can go and check out what do these camps have to offer.

Unfortunately, Death Stranding is not like the other games made from Konijma when it comes down to sneaking around. In fact, there are not that many things you can do in order to remain undetected other than staying low to the ground, hide in the grass, and kill people silently. To make matters worse, once the MULEs see you, they will continuously keep an eye on you, even if you don't have any cargo on yourself. This makes the sneaking part even harder. Needless to say, you definitely don't want want to get caught or stunned because this will result in death.

Here are some tips that you can use if you decide to approach their camp:

Whatever you do, remember to do it slowly and one step at a time because if you make one wrong move, your entire cover will be revealed, and you will die. If you manage to survive through all this and end up in the camp, you have all the time in the world to gather as much cargo as you can get. You can even get their vehicles, which often have a lot of cargo on them.

Fighting against MULEs - How to do it?

Let's face it - doing stealthy stuff is cool, but some people won't bother at all. It just seems like it's too much of a hassle to deal with. If you are one of those players that don't want to bother doing all the things we mentioned above, you will most likely want to go head to head with them. It is also possible to do it "this way," but you should keep it in mind that it can be hazardous, speedy.

One of the things that you can do is knock them down. This is something that we also mentioned before. Apart from looking cool, you can use this in your advantage to "raid" their camp because they will be knocked down for a couple of minutes. Whatever you do, don't forget to use your Stand. Even if you don't want to use any of the stealth things, you can still use this Strand as a defensive mechanism to prevent the MULEs from attacking you.

There are many different tactics when it comes down to "melee" fight against the MULEs. For instance, you can try to use some of the combos that can usually stun your target for a couple of seconds, allowing you to deliver your knock-out punch. Another exciting thing you can do is run around while they are attacking, and once they do, you can just tackle them down.

Another cool thing that you can do is to use every single object that you find near you as a weapon. For example, there are tons of things that you can throw at them, so be sure to check your surroundings if you want to have an easier time in the fight. Sometimes you might knock your enemies out with just a single hit!

If you are not into melee attacks, you can also use any vehicle as a weapon. Simply press the gas pedal and run over them. This will result in an instant knock out, saving you a lot of time and effort. Of course, it is crucial to choose the right means of transportation in order to do this. For example, if you decide to opt for a big truck, the chances are that they will try to dodge the attack because it's pretty slow. That's why it is essential to find something that's strong and agile.

If you don't want to be stealth or use any transportation as a weapon, you can always go for a good-old threat. However, it is essential to know that you will gain access to certain weapons when you progress enough through the main story.  The breaking point probably has to be the end of Episode 3 because there are a lot of weapon choices there.

Here are a couple of the most useful things you can use against the MULEs:

It is important to remember that the more you progress, the stronger you get. Unfortunately, the same applies to the MULEs because they will get stronger, which results in being tankier.  Despite that, if you have the proper preparation, dealing with them shouldn't be that hard. After all, they are not that smart, so you can always use this to your advantage.

Remember to always know your surroundings in order to make the most out of it.

There are different types of MULEs in Death Stranding. Some of them are cool, but others want only one thing - to kill you. They are more dangerous and have stronger weapons. What's more, as soon as they see you, they will start attacking you, even if you don't have any cargo on yourself.

You can use pretty much the same tactic against them as the one we mentioned above. However, we advise you NOT to try and melee-fight them because they are more dangerous, and it's not worth the hassle.

That's all you need to know about how to deal with the MULEs. Even if you fail at first, don't give up and keep trying to succeed by applying the things we've mentioned in this article.