Death Stranding: How to avoid and kill BTs

Death Stranding: How to avoid and kill BTs ⚡⚡⚡ Esports and gaming news, analytics, reviews on WePlay! The latest news on WePlay!

Death Stranding is a pretty awesome game where you can do tons of cool things. The overall gameplay is mainly focused on helping others, as there are many ways in which you can achieve this. However, there are also many things that you need to be extra careful of, and BTs are one of them. Many players actually consider them to be the most active enemy you will come across in Death Standing. The Beached Things (a.k.a BTs) are basically particular types of monsters that are sometimes invisible, which makes them very hard to predict and fight. If you are not careful enough, the smaller BTs will just catch you and then "deliver" you to the big guy - a giant BT. This is definitely something that you don't want to be a part of.

As you can imagine, dealing with them is not really the most natural thing in the world. Luckily, there are some proven methods that are working for now. Let's take a look and see how to deal with the BTs in Death Stranding.

How to know when is there a BT near you?

As we mentioned above, BTs are mostly invisible, which makes them hard to see. Luckily, Death Stranding is a game that gives you warnings when there is a nearby BT.

Th*e first sign is called time fall, and this is basically a form of rain that basically "increases" the time changing. Keep it in mind that sometimes the rain can be ordinary, so it's important to distinguish when is the time fall actually happening. The safest clue will be when the hood on your outfit opens. The bad thing about time fall is that your gear will be badly damaged and you will have to repair it later on. However, there is no threat of BTs yet.

Unfortunately, that changes when the black time fall comes to play. When this happens, the game time will slow even more, and your unique radar system called odradek will activate itself. This is when you have to be on your toes because things can get real pretty fast.

How can you avoid BTs?

When you odradek gets up and running, it will show you three signals indicating if you're close to BTs. When you get close to one, press R1 and you wills ee the BTs that are near you. Having said that, it is essential to remember that your scan tool will always face the direction of the BT. As soon as it starts blinking in white, this means that there is a BT nearby. Of course, as you are slowly approaching it, the blinking light will be stronger and stronger.

If you are too close to a BT, the light will turn its color to orange, and it will start blinking even faster. Needless to say, when you are literally in front of a BT, your device will go nuts, and it will start spinning in all directions. This where you need to be extra careful because it is possible to enter a fight really soon. Keep it in mind that you do not want to engage in a battle with BTs, so it's definitely more advisable to move away from it as soon as possible.

If you manage to escape, the game time will resume to its average pace, and you will receive a big thumbs up on your odaradek. Sadly, sometimes, it will be impossible to escape.

Kill it with fire 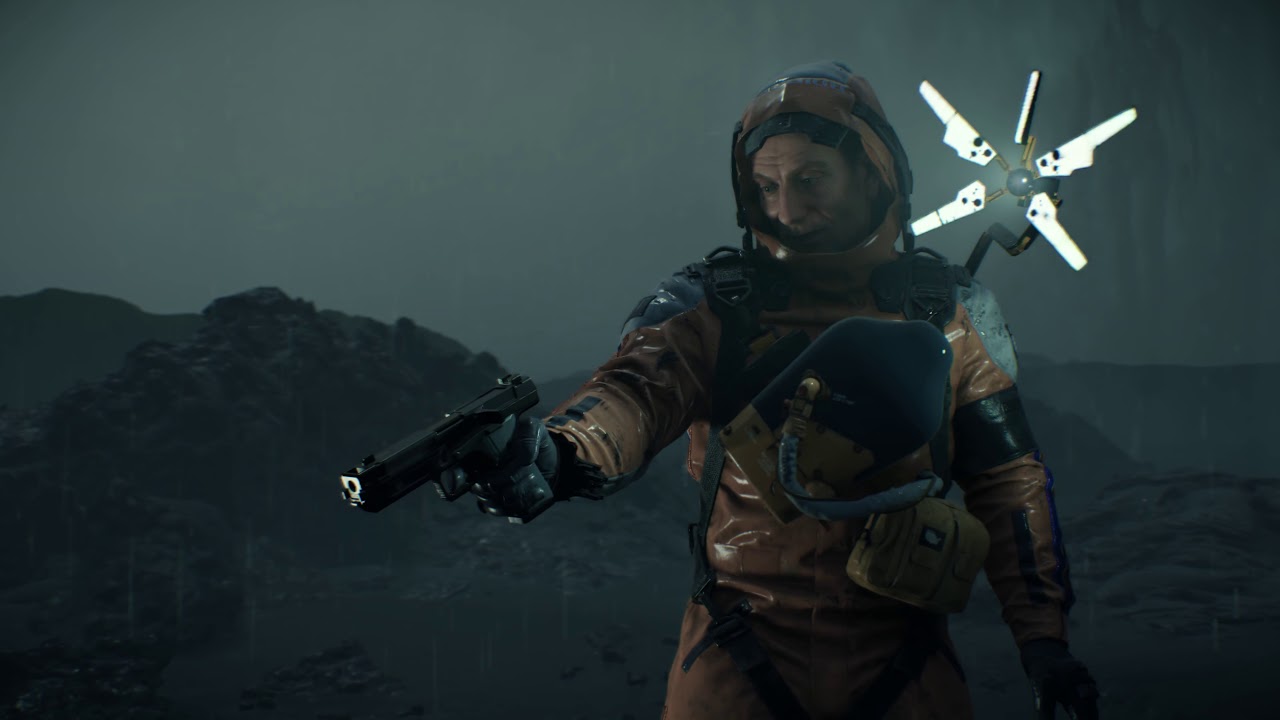 The most useful thing that you can use if you want to escape a nasty encounter with a BT is a grenade. Luckily, the EX grenades are one of the first items that you will come across in Death Stranding, which is great because you will always have some on you. The EX grenades are kind of hard to explain because they function very differently from the conventional weapon. However, the important thing that you need to know is that they can save you from BTs when it's needed.

Even though you won't be able to kill it, if you land the grenade on a BT, it will start to "moan" and slowly move away, allowing you to walk past it safely. What's more, you can even use this in your advantage because you can basically "move" the BT around, when you need it to go in a particular direction. Just remember that you won't be able to kill it with the EX grenades.

If you are interested in killing a BT, you will have to get another type of grenades - hematic. They are forceful and completely rip through a BT like a knife through butter. When you kill it with such a weapon, it will drop a special thing called chiral crystal. Of course, getting those grenades is definitely easier said than done, so be sure to grab some just in case you need to use them in a sticky situation.

Unfortunately, all we mentioned above only works against smaller BTs. If you are against a big one, the chances are that you will be in trouble.

Dealing with the giants

If you end up getting grabbed by a small BT, it will "deliver" you to tie big one. When this happens, there are two things for you to do - either fight or run. If you choose the second option, it will be pretty hard because the giant BT is pretty fast, and it can also transform itself in different forms, making your escape nearly impossible. That said, some people manage to do it, so it is doable.

On the other hand, if you want to fight, you need to be very, very prepared because it's not going to be easy. There are many different weapons that you will need to use in order even to stand a chance here. For example, a very efficient way to deal with the giant BTs is if you gather enough chiral crystals. They do wonders against these enemies. 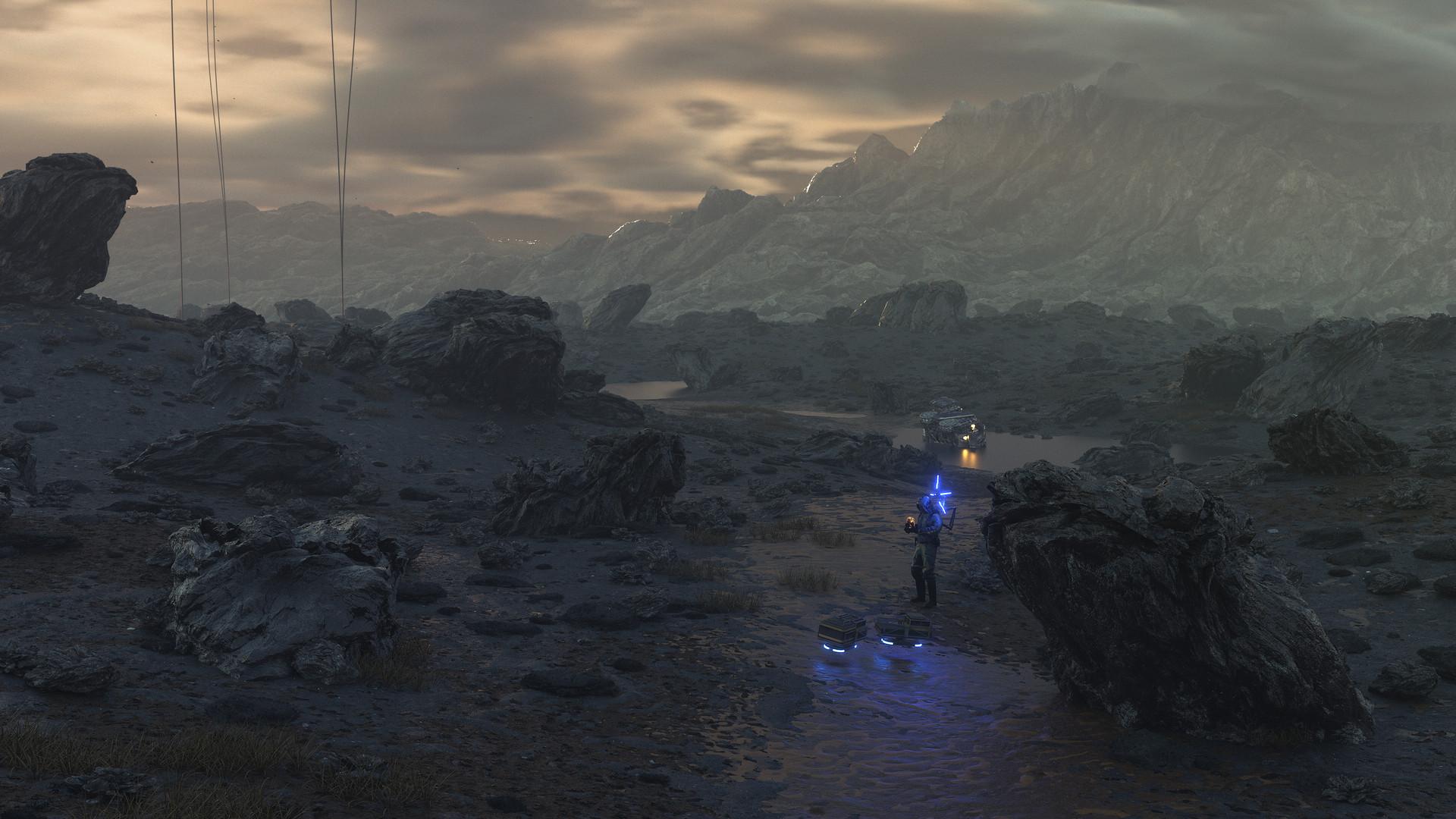 The best way to kill a giant BT is to use any hematic weapon that you have. However, it is essential to remember that you shouldn't attack whenever the giant BT begins to turn it's back. It will take less damage, so don't waste your firepower because it's not worth it. So, in order to make the most out of this situation, just wait for it to be covered in chiralium.  When this happens, start firing again, and you will be good to go soon.

Before you begin a fight against a giant BT, remember that it is going to be a pretty long and exhausting fight. That's why it is definitely advisable to try and avoid them if possible. However, if you have some of the most potent weapons in the game and want to try out something new, feel free to give it a shot and see how it goes.