Death Stranding is the latest title created from the gaming studio, Hideo Kojima. Many people consider this as the game of the year because it has everything a player can wish for. There are many easter eggs, deadly creatures, and surprising missions. Of course, let's also not forget a large variety of deadly weapons that you can choose from.

In fact, Death Stranding allows the player to pretty much craft many different types of weapons, as long as he has the needed materials. Luckily, most of the standard threats are pretty easy to build, which means that you can do it all the time. However, some elements are tough to find, which means that the weapons made through them are also going to be a lot rarer. A good example here is the EX grenades.

Let's take a more in-depth look at the EX grenades, how to craft them, and what you can use them for. They are pretty hard to explain, but we will do our best.

The private rooms are the main "fun" area in Death Stranding. You can do all kinds of cool stuff there, such as using the restroom, taking a nap, and more. It might seem strange, but the bathroom is the place where you can create the EX grenades. Believe it or not, these grenades are basically constructed entirely from different body fluids. This isn't really that much of a surprise because all other weapons use Sam's blood as a source of ammo. The EX grenades just take it to another level because instead of blood, they use piss and sweat.

The idea behind these grenades is to help you when you face BTs. There are three types of EX grenades and each one is either made of urine, feces, or sweat. You will be able to craft those grenades pretty early on, so don't worry, you will have some sort of protection against BTs.

If you get into a sticky situation and need to use one of them to escape, just throw it on top of the BT. When it hits it, the BT will basically get irritated, and it will move from your way, giving you the glimmer of hope that you can escape. As you can see, these EX grenades are one of the best ways in which you can move around in a place full of BTs.

Apart from creating them yourself, you will also be able to randomly find these types of grenades when they are left from other players. Just remember always to check how many of them do you have so that you can be prepared.

The types of EX grenades 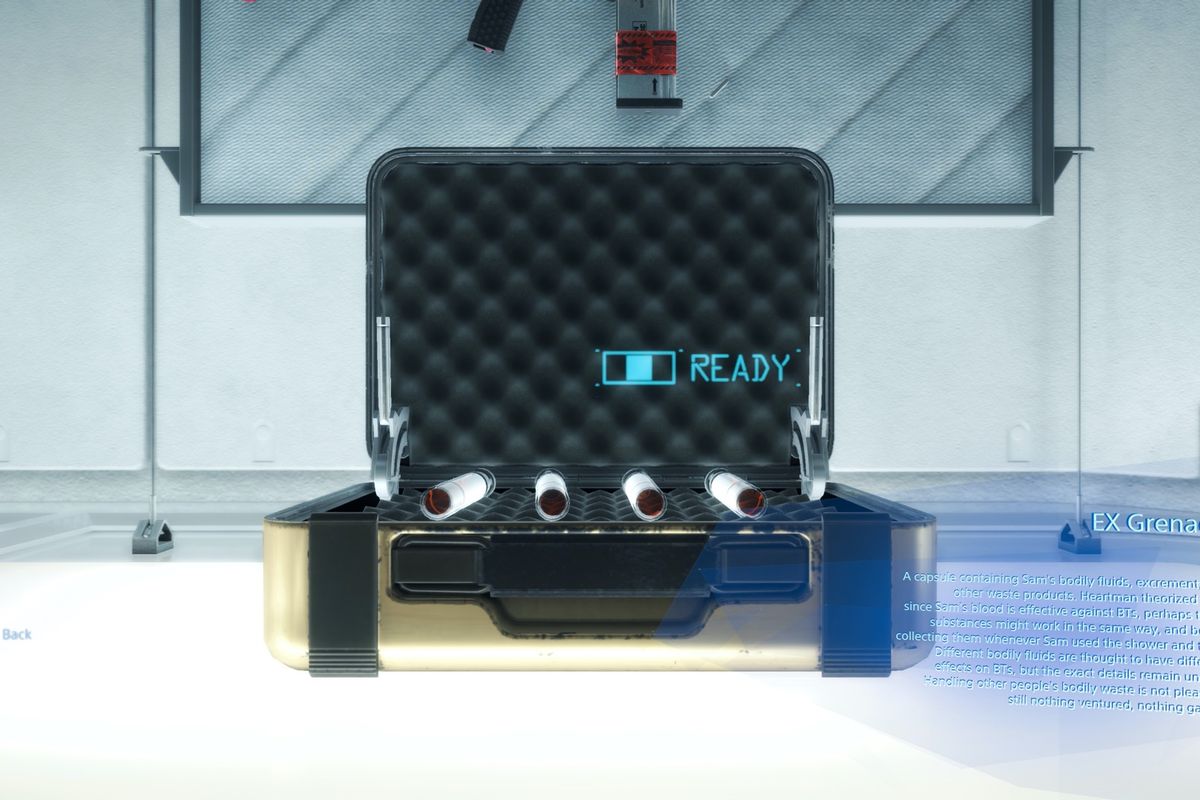 As we mentioned above, there are three types of EX grenades.

This is everything you need to know about the EX grenades. Although they seem useless, that's not true at all. They can definitely save you when you end up in a very sticky situation.