cvMax reveals feud with Griffin’s management led to his resignation

cvMax reveals feud with Griffin’s management led to his resignation ⚡⚡⚡ Esports and gaming news, analytics, reviews on WePlay! The latest news on WePlay!

Controversy continues to swarm around South Korean organisation Griffin and its former coach, Kim "cvMax" Dae-ho after his sudden departure ahead of Worlds. Former Griffin ADC DdangWoo has confirmed cvMax’s allegations in a YouTube video which has been translated on Reddit by Calycae.

During recent interviews, Griffin top laner Choi "Sword" Sung-won and bot laner Park "Viper" Do-hyeon pleaded with cvMax to stop spreading false rumours about the organisation. Considering the former coach is still a fan of the team and watches their progress, he learnt of their statements during his stream and decided to open up about the whole affair. 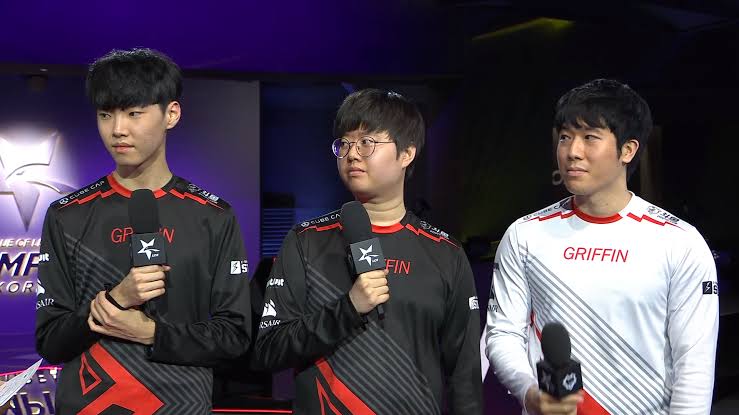 cvMax explained that he was in a feud with Griffin’s manager, Cho Gyu-nam, for some time. Cho did not approve of the way cvMax trained their players and often blamed him for Griffin’s failures. Before leaving, there was a bit of a stalemate as Cho wished to frame cvMax’s departure as the former coach’s decision, while cvMax wanted the manager to fire him. Eventually, Cho managed to pressure the team into voting cvMax out. The former coach also believes Sword and Viper were forced to make their statements during their interviews. cvMax even mentioned arguments with Sword after substituting him for Choi "Doran" Hyeon-joon in a bid to develop Doran’s potential.

Former Griffin ADC, DdangWoo retired after witnessing Viper’s talent and not wishing to hold the team back. In his video, he confirmed his former coach’s statements regarding Cho. Even stating that their feud began long before the team gained popularity. He credited 88% of the team’s success to cvMax and said that the former coach’s claims on stream were 99% correct.

Calycae made an additional post which does an excellent job of summarising the entire incident and can be found here. Fans have shown support for cvMax and have heavily criticised Griffin’s management for letting him go.