As you know, Counter-Strike: Global Offensive is one of the most competitive games out there. In addition, it is also one of the biggest esports in the world right now. This means that if you want to be good at it and have a chance of joining a pro team at some point in your career, you know you need to know how to rank properly and how does the entire ranking system works.

There are many players who played hundreds of hours and either climbed a little bit or failed to get anywhere. Needless to say, climbing the ladder is easier said than done, especially when there are so many boosters and game ruiners out there. That said, one of the most important things to remember is not to give up. Of course, there will be times where you would want to quit but don't! Once you escape the so-called "elo hell", you will find the game to be a lot more enjoyable.

How does the ranking system work? 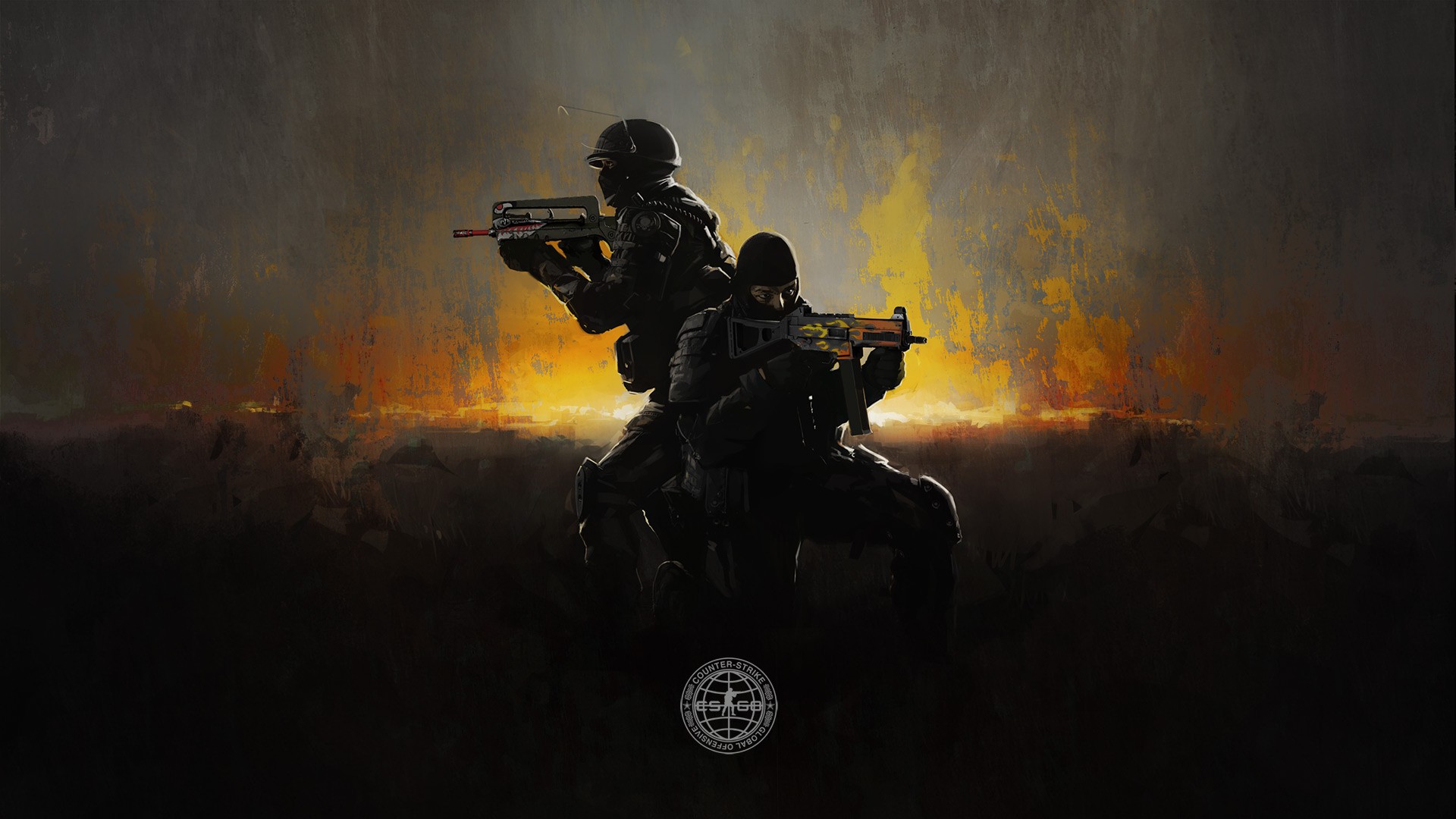 The first thing you need to do in order to even have a chance of getting a certain rank is to play casually. At the time of writing this article, you need to be at least Private Rank 2 in order to be able to play Competitive. This can be easily done by spamming deathmatch or other types of games mode. Keep it in mind that the deathmatches are usually one of the best methods to get better at the game quicker because there is a lot of action going on and you will be able to learn how to shoot properly.

Once you reach the needed rank, you will unlock the Competitive options. From there, you need to win ten games before you will have a certain rank. Unfortunately, due to many boosting services, Valve recently added a cap of the maximum wins that you can do per day - 2. This means that, if you win two games per day, you will get your rank in five days. The good news is that this restriction is only implied while you are doing your first placement matches. Once you get your medal (we will discuss this below), you will be free to play and win as much as you like.

Valve has confirmed a while back that the ranking system in CS: GO is very similar yo the so-called "Glicko- 2 ranking system". This is a very hard system to explain in one article but let's just say that it works pretty good. That said, there are many complex mechanisms involved in ranking up but definitely the most important one is to have as many consecutive wins in a row as possible. It is definitely not advisable to win and then lose because it will take ages to actually rank.

Many pros (or at least very high ranked players) take advantage of how the system works and tend to boost accounts. Definitely do NOT attempt purchasing something like this because it is just not worth it. Even if they finally get you to a your desired rank, you will eventually go back where you belong if your skill is not suitable for this place.

In addition to winning games, being the MVP of a certain round is also something worth pursuing. Sure, it might not be as important as winning but it still something. Last, but definitely not least, watch out for your kills/death/assists ratio. There are some people who claim that this has no effect but they are wrong. The better KDA you have, the faster you will rank up.

Does it matter what rank I get? 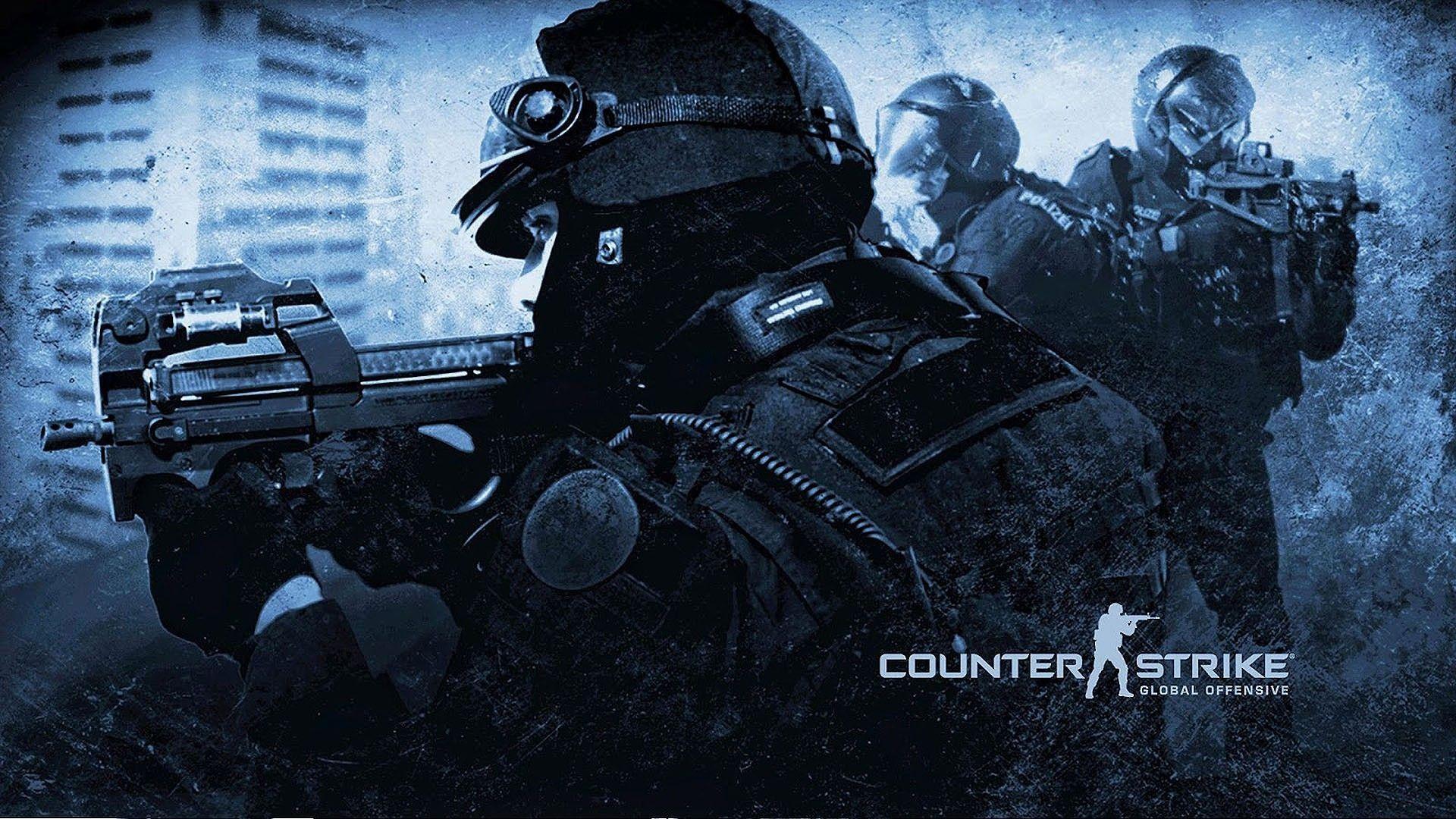 You can often hear people explaining the fact that your rank is irrelevant and it does not really represent your skill. This could be true up to a point but not entirely. In fact, probably in around 99% of the situations, your rank is a very accurate representation of your actual skill in the game. This means that, if you are stuck in Silver after doing 30+ games, you are definitely NOT better than the players who are in this rank.

However, there are also players who just troll around and lose on purpose. That's why you can sometimes see people playing exceptionally well compared to the others in your rank. Chances are that they are either trolling, smurfing or boosting.

If you find yourself stuck at a certain level (especially between Silver and Gold), it is a very good idea to try and improve your aim and overall game knowledge before you start pushing high ranking. This can be very hard, especially for the people who have an enormous ego but it will definitely be worth in the long run.

Usually, players start to become better once they reach at least Legendary Eagle Master. Of course, the term "better" is very subjective, however, the "better" people are usually those who understand the mechanics of the game, have good aim and know how to follow certain tactics. This might seem like a very hard thing to actually learn but it comes with time.

List of all the current ranks you can get in Counter-Strike: Global Offensive 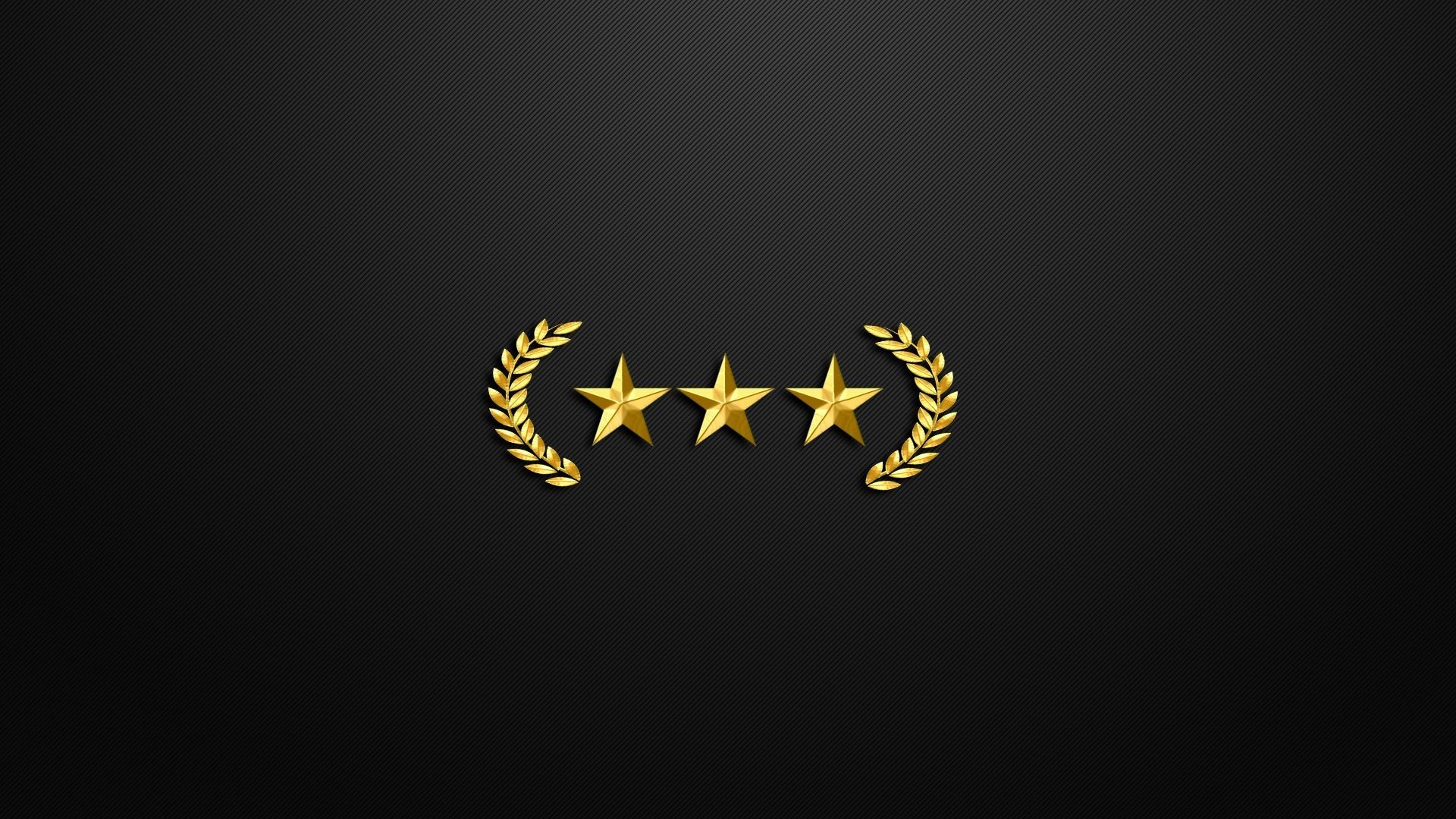 The "unwritten" rule is that the last three-four ranks are where you actually find very good players. Most people here have very similar aims so it mostly comes down to team synergy and some individual clutch plays.

It is important to realize that even if you eventually get to "The Global Elite", this does not mean that you are the best player in the world. Sure, this is clearly a sign that you are good at the game but as we mentioned earlier, CS: GO is one of the biggest esports in the world which means that there are a lot of professional players out there who are definitely better than the people you come across in your Competitive games.

That said, according to the recent statistic, the vast majority of players in CS: GO are either Silver or Gold. This is to be expected because these are the levels at which most people start the game stay until they climb their way up. Of course, if they give up while doing it, their accounts will remain here and thus, reflecting on the results.

Different methods of climbing up the ladder 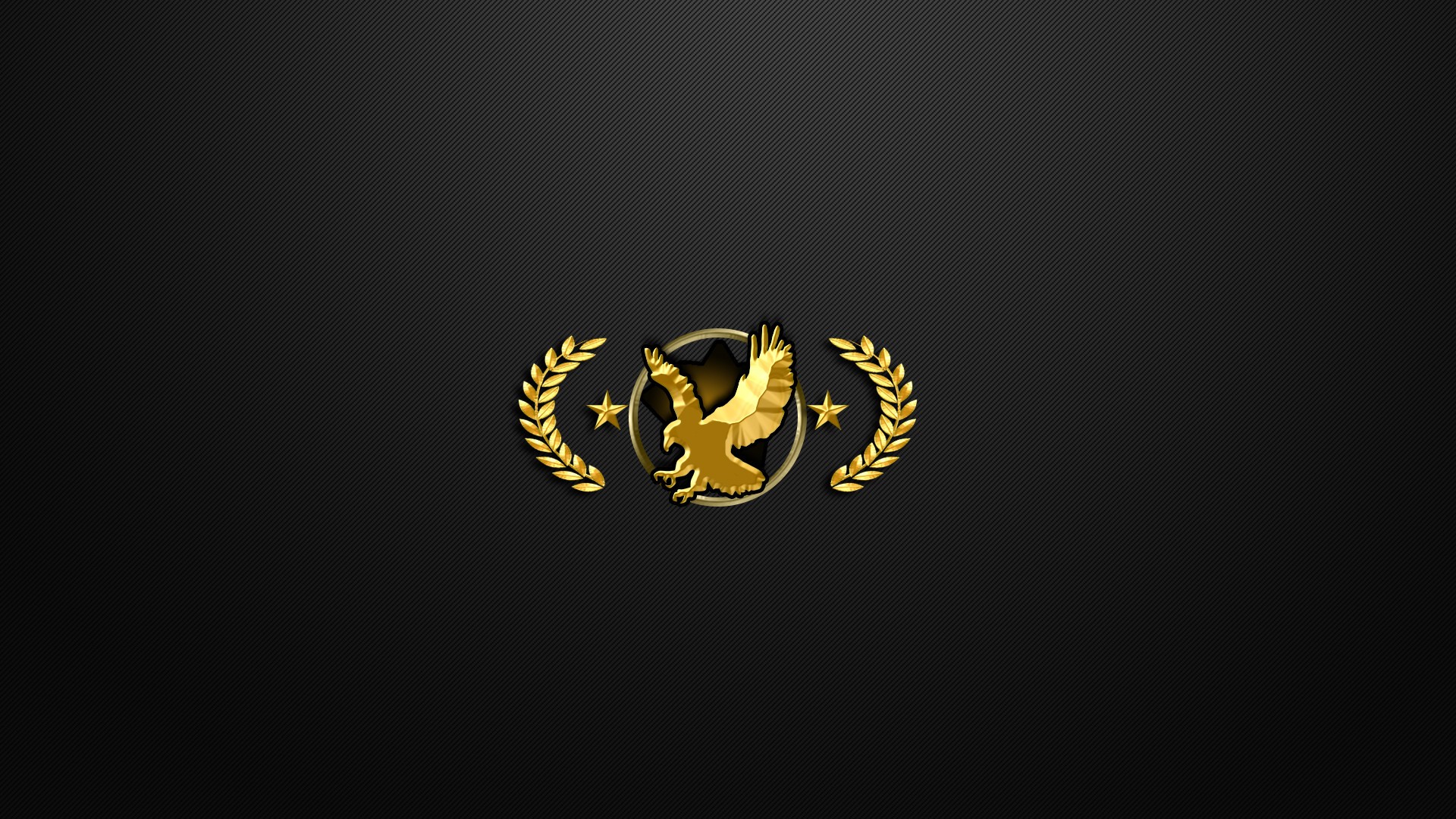 Apart from the general tips about consecutive wins, good KDA and MVPs, there are a lot of other things which you can use in your advantage in order to get a better ranking in CS: GO.

The first thing on your list here is having a Prime account, which is one of Valve's newest features which aims at making the competitive gameplay better.  For those of you who are new to the game, it is important to point out that there used to be Prime accounts before as well. However, in order to "unlock" them, you had to grind around 22 levels, which took ages and pretty much no one opted for it. Seeing that this method does not work, Valve has decided to make it obtainable via a $15 USD payment. The only thing which you have to do is just add your mobile phone number to your Steam account, which is a pretty standard necessity nowadays as Valve implemented this in most of their games.

Of course, if you don't feel like paying, you can simply just sit back, relax and start the grind. At the end of the day, it all comes down to your personal preference.

What prime does is essentially "protecting" you from different hackers by preventing all players who have it matching ith new accounts. As we know, the vast majority of those new accounts are either smurfs or people who just want to try-out a wallhack and see how it works.

In order to use your Prime advantage, you need to activate this while you are in the Competitive Lobby. Once there, you can choose a map of your liking, click on the box called "Prime matches" and supposedly, you will only be matched with people who are not hacking or doing other kinds of illegal things.

For those of you who play Dota 2, you are probably familiar with what is a behavior score. It is essentially a mix of numbers that shows if you are a "toxic" player or no. The higher the number is, the higher the quality of your games is.

Many people criticized Valve upon realizing this because they thought that it is not useful at all. However, this turned out to be false as many people who have a high behavior score reported that they have fewer game ruiners in their team. Seeing how it worked in Dota, Valve thought it's high time to do this in CS: GO as well and introduces the so-called "Trust Factor". It works pretty much in the same way, even though there are definitely a lot of people who seem to go "undetected".

Unfortunately, this is not the case when it comes down to smurf accounts. Regardless of your previous score, your new Steam account with CS: GO will have the lowest possible trust factor. There is just no other way for Valve to differentiate between smurfs and people who just want to hack and ruin games. In any case, if you managed to get a good score on your main account, you will be able to do the same here.

Another important thing to know is related to VAC bans. Those bans are added to people who have been caught cheating. For better or worse, Valve decided to include this feature in the trust factor score, which means that even if you got VAC banned in, let's say Dota, it will still have an effect in CS: GO.

In general, the best thing to do in order to improve this score is not to be toxic. Whenever there is a "spicy" situation going on, just mute the player or ignore him and focus on the game. The worst thing you can do is tilt yourself to oblivion because not only are you going to lose the current game but you are putting yourself in this "hidden pool" of raging players who make the game awful to play. 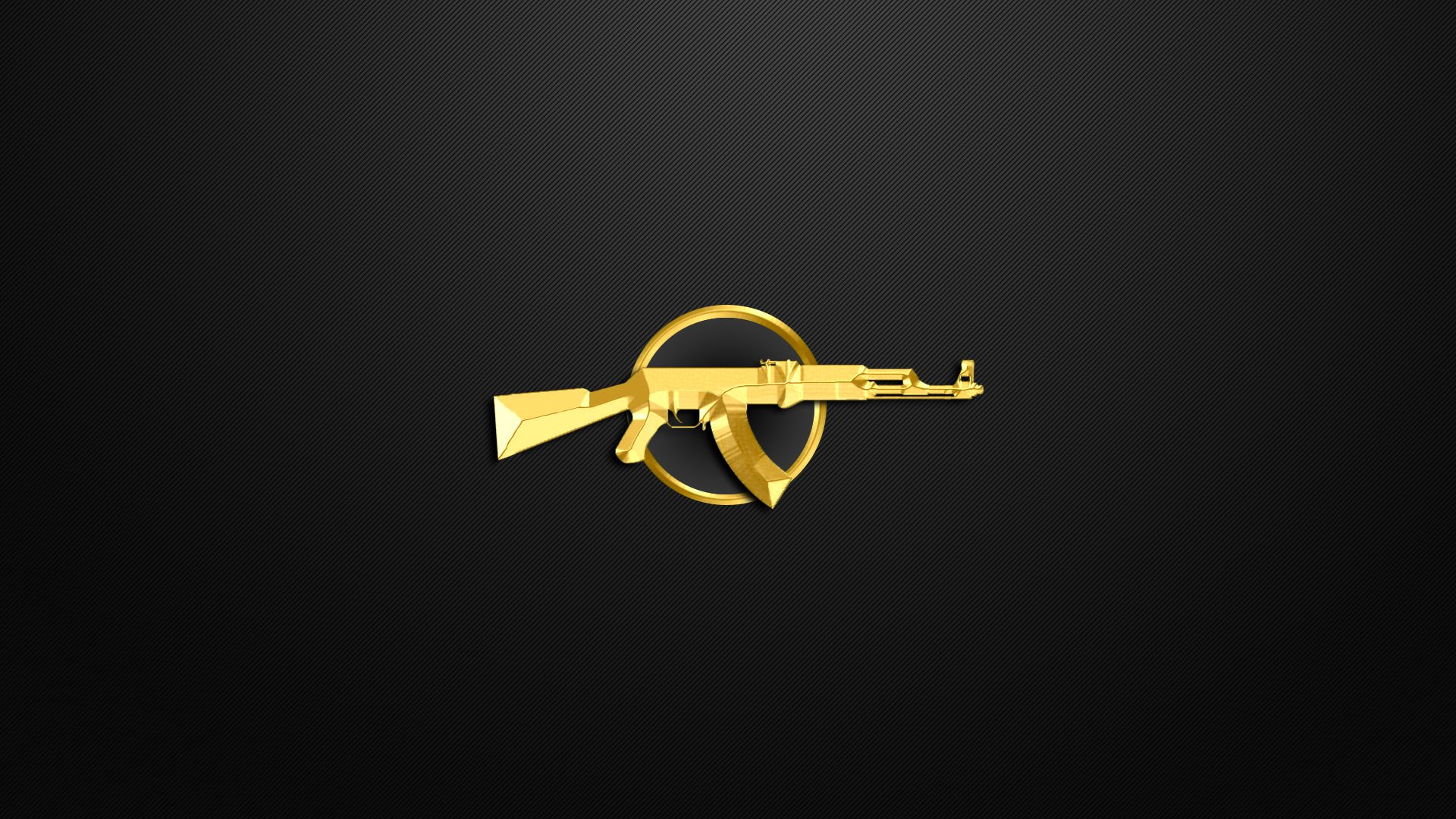 It is very important to realize one thing - regardless of what you do, you will not get better at the game unless you start practice as much as possible. All these other things such as Trust Factors and so on are important, sure. That said, if you suck at shooting, doing team-based things and have an overall awareness, nothing will save you from staying Silver for a long, long time.

As we mentioned earlier, playing casually a lot before going to ranked is one of the best things to do. In addition, feel free to check our other guides where you can use different Console Commands in order to improve your aim. You might think that they are useless but that's certainly not true.

Regardless of what you do, remember that CS: GO is only a game. So, if your main goal is to have fun - just do it! You don't need to be high rank in order to do that, right?

However, if you are a very competitive person, be sure to follow our guide and you will see that the results will come in no time.