CS:GO has achieved its highest average player count since launch

CS:GO has achieved its highest average player count since launch ⚡⚡⚡ Esports and gaming news, analytics, reviews on WePlay! The latest news on WePlay!

Counter Strike: Global Offensive has been quite popular this holiday season. So popular in fact that the game achieved it's highest average player count despite being out for over seven years. 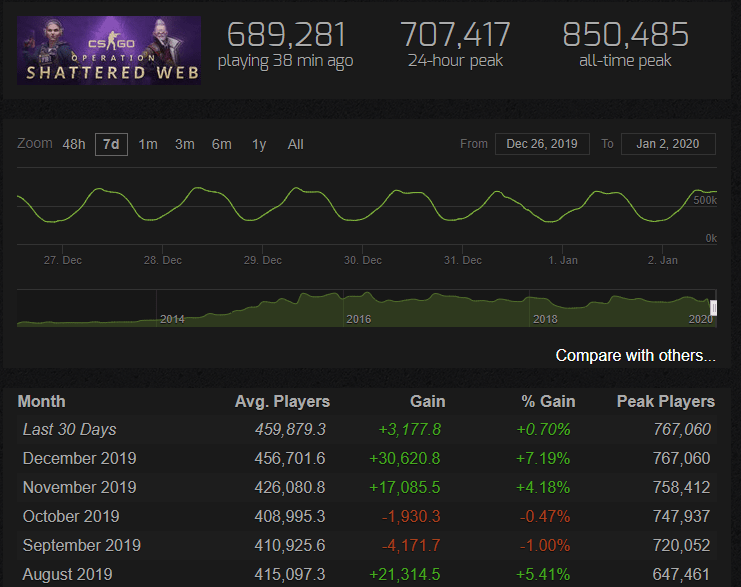 2019 has been quite the year for CS:GO fans and players. The average player record set in 2017 has been easily broken since August of 2019 and continues to climb. There doesn't seem to be much reason behind this insane spike in player numbers though. Operation Shattered Web may be a contributing factor, but it launched in November. That could explain the continued growth through the last two months, but it doesn't explain the 21,000 average player growth in August.

One thing to consider is the overwhelming success of Astralis all throughout 2019. They have received much news coverage from facets outside of esports due to their dominance and consistency throughout the year. Another piece is the changes made in late 2018, which made CS:GO free-to-play and added the Danger Zone battle royale mode. All these changes could have led to this snowball effect we are witnessing now. The only question that remains is, will this growth continue in 2020?