Counter-Strike: Global Offensive is one of the most popular games in the world. Regardless if you're a casual player or an aspiring pro, this is the game where you can achieve your dreams. Not only does it gather millions from all over the world, but CS: GO also has one of the most significant esports scenes.

Today, we will take a look at one of the strongest weapons in the game - the pistols. Although many people tend to underestimate them, every single AWPer knows that they are your best friends when you need them.  Let's check out all pistols that are currently available. 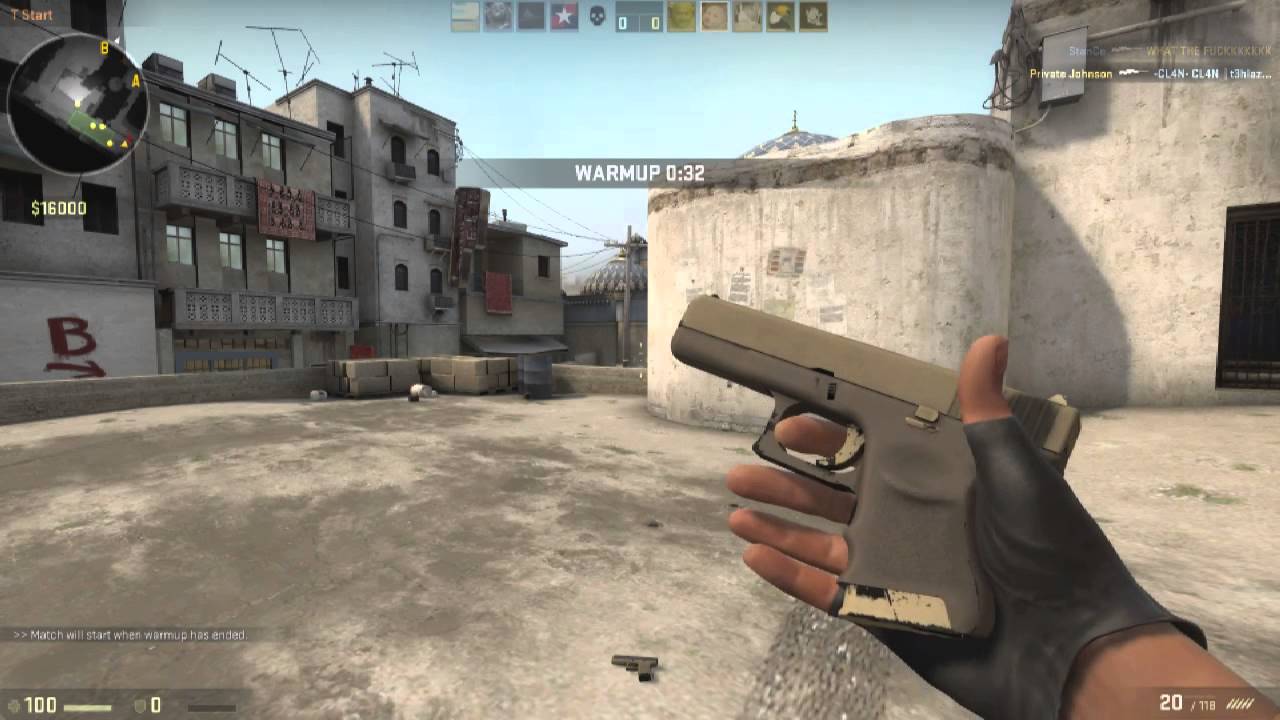 Despite being one of the cheapest items in Counter-Strike: Global Offensive, this pistol has some serious power to it. It has two fire modes  - automatic and burst. The first one is used mainly when you're shooting against targets that are in medium to long-range away from you. On the other hand, the burst fire mode can do wonders when the enemy is very close to you. It fires a couple of shots at once, and if you are lucky enough to hit your enemy in the head, you can quickly bring him down, especially if he doesn't have armor.

The next pistol on our list is the one that every single Counter-Terrorist spawns with - USP-S. It is widely regarded as one of the strongest guns in the game, which is why you can often see even Terrorists picking it up. It is a semi-automatic pistol that is capable of inflicting severe damage. To have access to it, players need to equip it before the match starts.

The USP -S was released alongside the M4A1-S as a part of the so-called "Arms Deal" update. Since then, it's been one of the most popular choices for every Counter-Terrorist player. Equipped with a silencer, this weapon is very accurate, which is why it's often preferred. However, there certain disadvantages as well, such as the fact that the weapon gets longer.

Of course, not everything about this pistol is perfect. For example, it has low ammo, and the fire rating is not that good either. While it can do some severe damage to targets without armor, it's not that effective to those that have it. Nevertheless, it remains one of the best long-range pistols in CS: GO.

This Belgian semi-auto weapon is only available for the Counter-Terrorists, at least now. It has an excellent fire rate that's combined with good accuracy and a big ammo reserve. However, unlike the other pistols, this one costs a little bit more, which should be taken into account. Nevertheless, if you are looking for a reliable damage dealer, this has to be on your bucket list.]

This is yet another semi-auto weapon that can do wonders. However, unlike the Five-SevenN, this one is only available to the Terrorists. It has a total of 18 bullets, and despite having a little bit of recoil, once you learn how to use it, you can kill people very fast.

Unlike many pistols, this one works very well against enemies that are wearing a helmet. The only thing that you need to learn is how to deal with the recoil. Other than that, this is one of the most solid pistol options in the game right now.

Despite having a low ammo count with just eight rounds, this pistol deals insane amounts of damage. If you are good with it, you can easily one-shot your enemies from miles away.

There are two ways in which you can fire with this formidable weapon. The first one has a little twist to it because you need to draw the hammer first. Although it takes some time, this increases the accuracy of the pistol, which is one of the most important aspects of it if you want to score kills. On the other hand, if you wish to shoot at someone, you can do it straight away. Of course, the accuracy will be nowhere as good as with the first method. 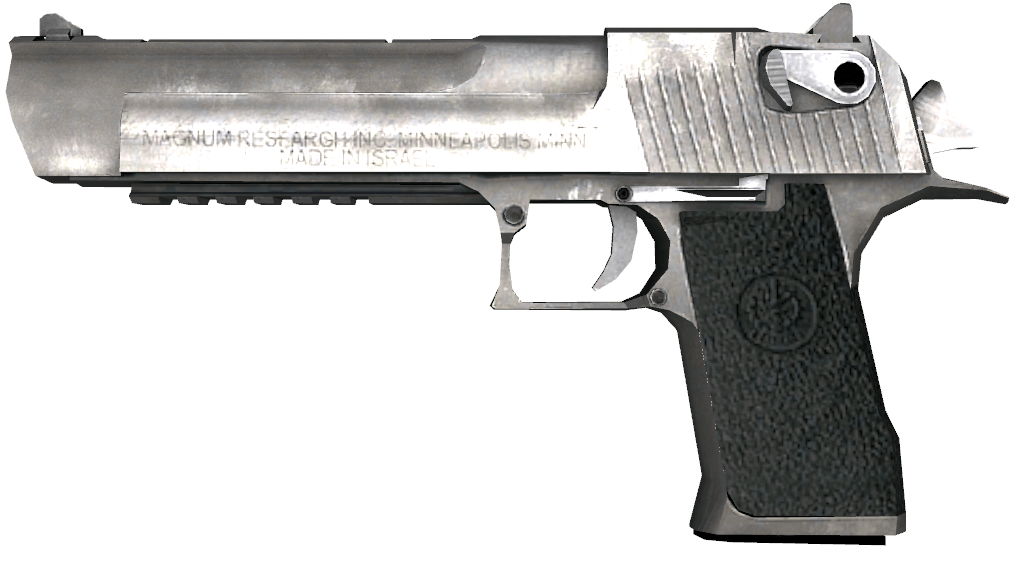 This is perhaps the most popular weapon in the Counter-Strike franchise. Despite costing $700, the Deagle, as many call it, is capable of killing every single enemy with one shot, if you hit him in the head. It doesn't matter if he has armor or not, he will die instantly.

Similar to the Revolver, this weapon is not that accurate. However, it makes up for it with incredible range and firepower.

This semi-automatic weapon costs $400, and it is available to both Terrorists and Counter-Terrorists. Apart from the large magazine size, this pistol also has a very respectable ammunition capacity. Sure, it might do as much damage as let's say the Desert Eagle, but it's very light, and the big magazine size allows you to spray with it.

This pistol costs just $300, but despite that, it has one of the best fire ratings in Counter-Strike: GO. The damage output is very respectable, especially against targets that do not have a helmet. Despite that, it also has a very decent armor-penetration rating. 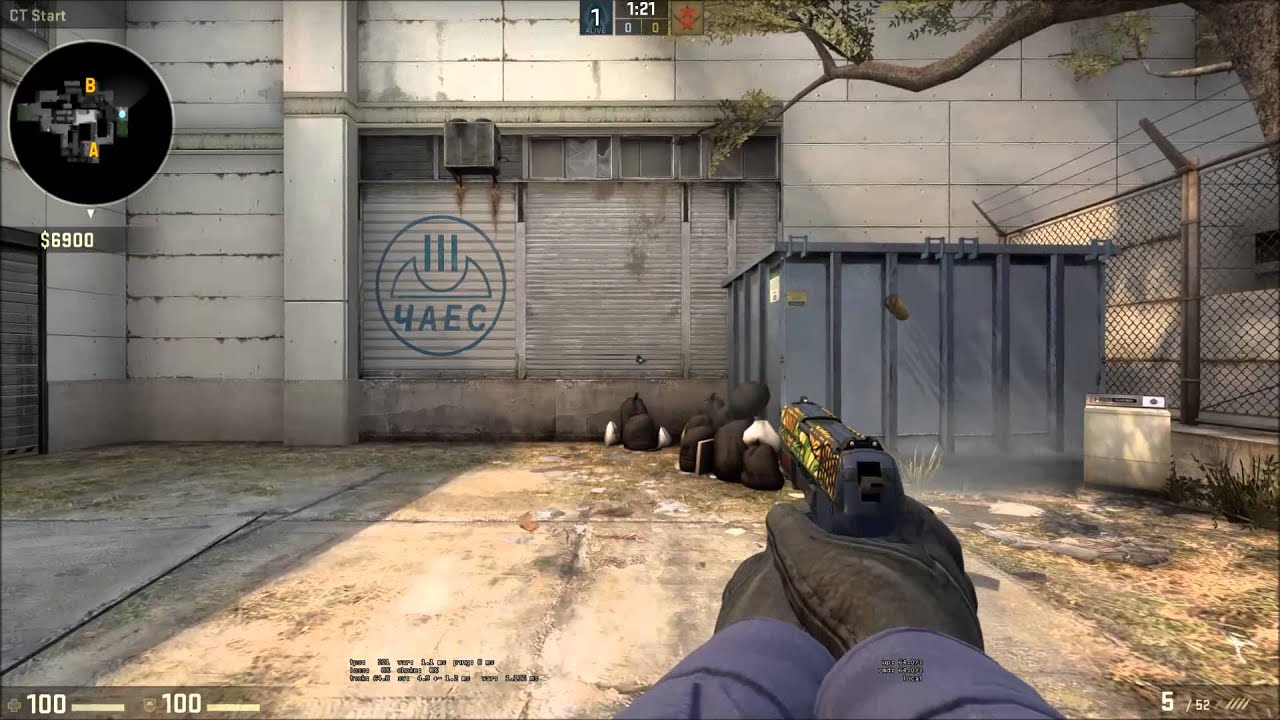 This pistol is very similar to the USP, but unlike it, it doesn't have a silencer. Also, it can't be purchased from the buy menu if you are a Terrorist. Despite being the starter weapon of the CTs, it is still capable of doing a significant amount of damage.

As the name suggests, this is an automatic pistol that is very similar to the Five-SeveN and Tc-9. In fact, you can choose this over them before the game starts, if you wish so.

With its 12 rounds per reload and a cost of $500, the CZ75-Auto is an excellent choice for a pistol.

This is the spawning weapon of every Counter-Terrorist, but despite that, it's not locked exclusively to them. Everyone can purchase it from the buy menu at the cost of $500.

It deals a decent amount of damage, especially to players without armor.

Lastly, we have the 228 Compact, a semi-auto pistol that can be purchased from Terrorists and Counter-Terrorists. It's swift and deals a decent amount of damage. However, it has a fairly pool ammo reserve, which doesn't make it ideal for long shootouts.