College Hearthstone team also banned for protesting during an event

College Hearthstone team also banned for protesting during an event ⚡⚡⚡ Esports and gaming news, analytics, reviews on WePlay! The latest news on WePlay!

A lot has happened since Hong Kong Hearthstone player Ng "blitzchung" Wai Chung supported the Hong Kong protests during an official Grandmasters stream. Many members of the public were outraged and have protested the treatment of the player by Blizzard.

Three Hearthstone players from American University in Washington, D.C. are among those that decided to do something about Blizzard's actions. So during their Hearthstone Collegiate Championship match on October 8, they hoisted a sign which read "Free Hong Kong, boycott Blizz." 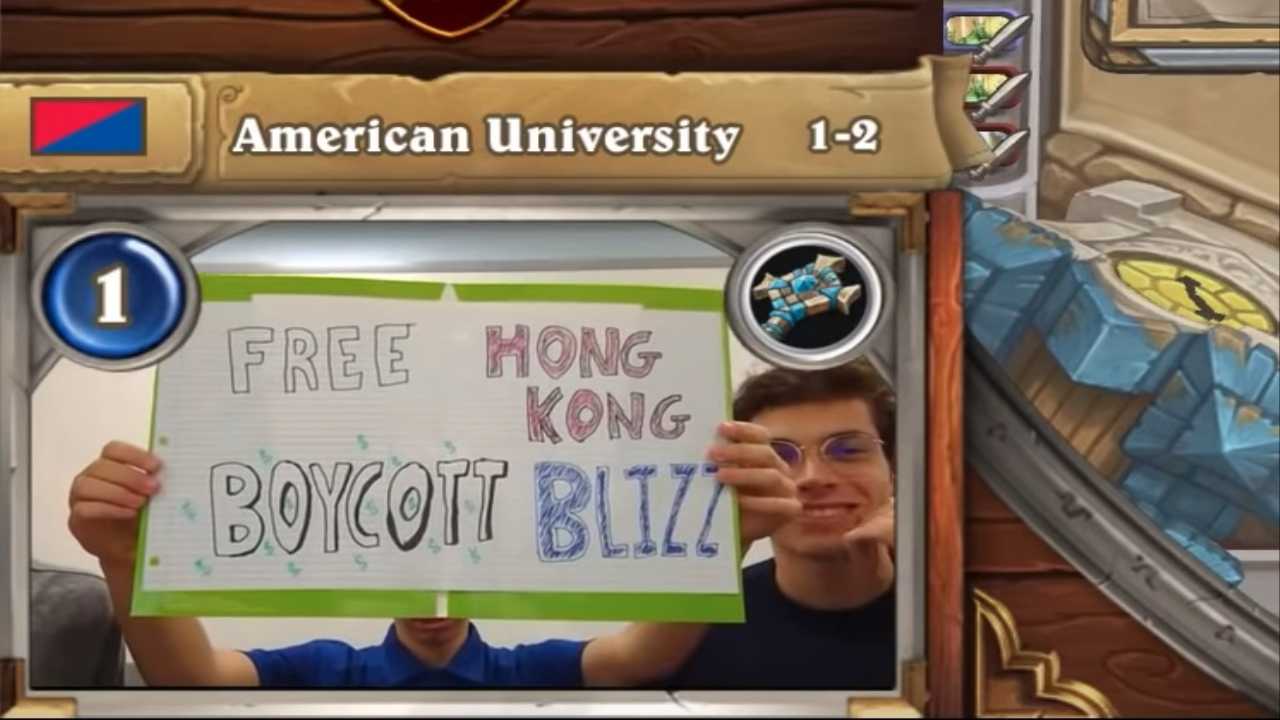 The team has now received the same six-month ban that blitzchung did, but only after a week had passed. Whereas, in the case of blitzchung, Blizzard announced it sooner. Before their ban, many had begun to criticise Blizzard for not taking action against the University team.

When the team took action during the tournament, they did so expecting repercussions but were curious to see what Blizzard would decide to do. They were even prepared to leave the tournament entirely, only to meet silence.

According to 19-year-old team member Casey Chambers while speaking to Polygon, the team received its next match assignment on October 10. It was as if Blizzard had utterly ignored their act of defiance.

To further fan the flames, Blizzard president J. Allen Brack addressed the blitzchung situation in a post on October 11. In it, he stated that the company's relationship with China "had no influence" on the Hong Kong player's punishment.

Why Blizzard took so long to make a verdict on the college students' behaviour isn't exactly clear. It did, however, put Blizzard's values in question. Criticism suggests that "Think Globally" and "Every Voice Matters," apply only on a case by case basis.