Every year we are impatiently waiting for the winter miracle — Christmas with all its shiny festive decorations and lots of presents. Gamers, in turn, are waiting for various holiday events in their favorite games. This time we will tell you about the Christmas themed events in multiplayer games. 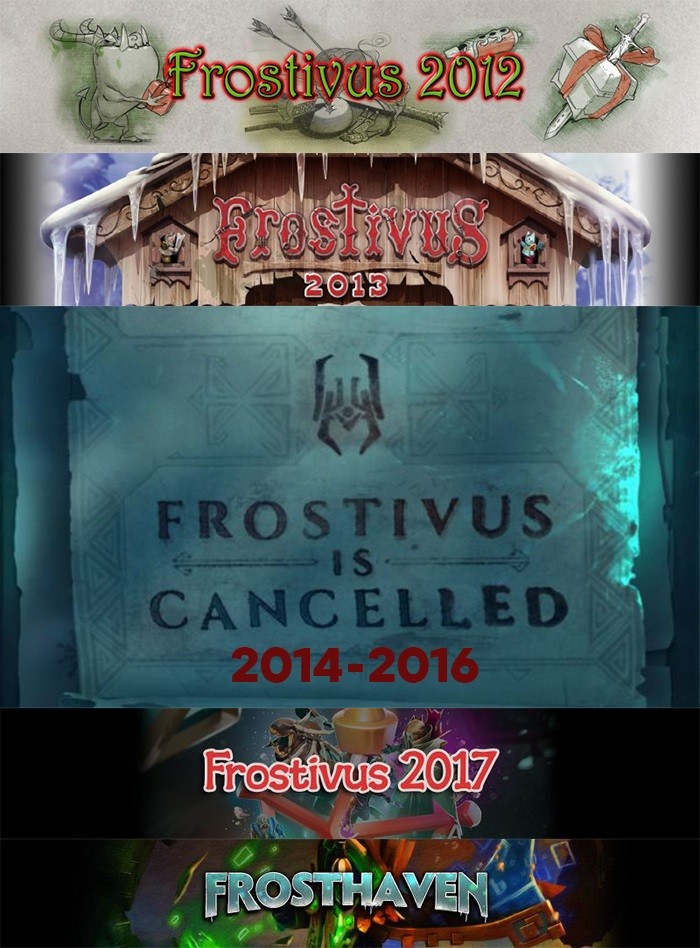 This year Valve was silent about the upcoming winter event and its possible existence for an exciting period, but players remember the Frostivus event, which was held in 2012-2013 and 2017-2018.

During previous Christmas time events in Dota 2, we mainly reflected waves of in-game creatures like Greevils or creeps' hordes. The strongest ones, who were able to survive, got various in-game items and experience points.

There were opinions that we won't see Frosthaven in 2019. Still, despite the fact this event was canceled during 2014-2016, and the Valve developers are busy with the recent colossal patch and its balancing, players got Frostivus (yep, previous title) and a new Ogre Magi arcana. 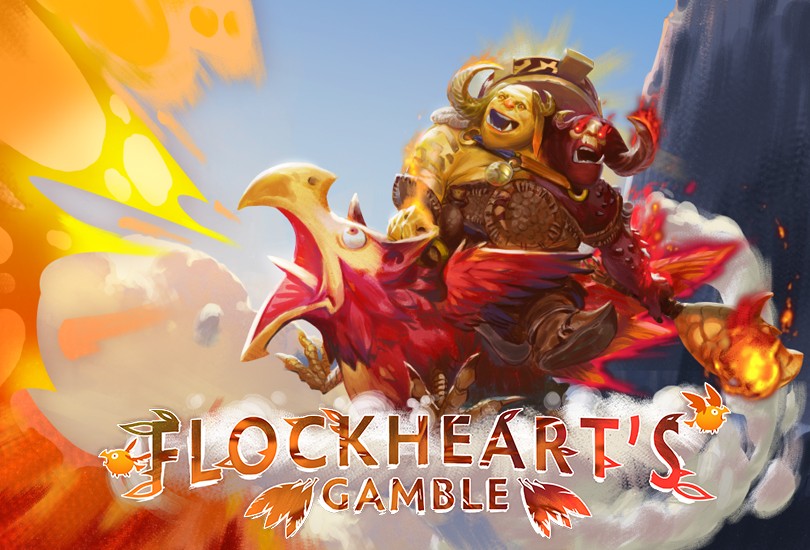 Also, players can purchase Winter Treasure 2019 and get items for Ancient Apparition, Death Prophet, Treant Protector, Bane, Alchemist, Leshrac, Sven, Dark Willow, and Mirana. A rare reward is a set for Ursa and an immortal one for Tiny.

Fortnite is a game in which developers are so productive with a lot of various events in the game, so the players have no time to be bored.

We know that not only the holiday time is so fruitful for Fortnite players in terms of content but also every season change. Last year with seventh season launching players got a massive update with winter content. This year tons of Christmas cosmetics loaded players' screens in the game on December 12. As usual, the map is covered with snow and a lot of festive decorations here and there, and your favorite - skins and weapons in Christmas style. 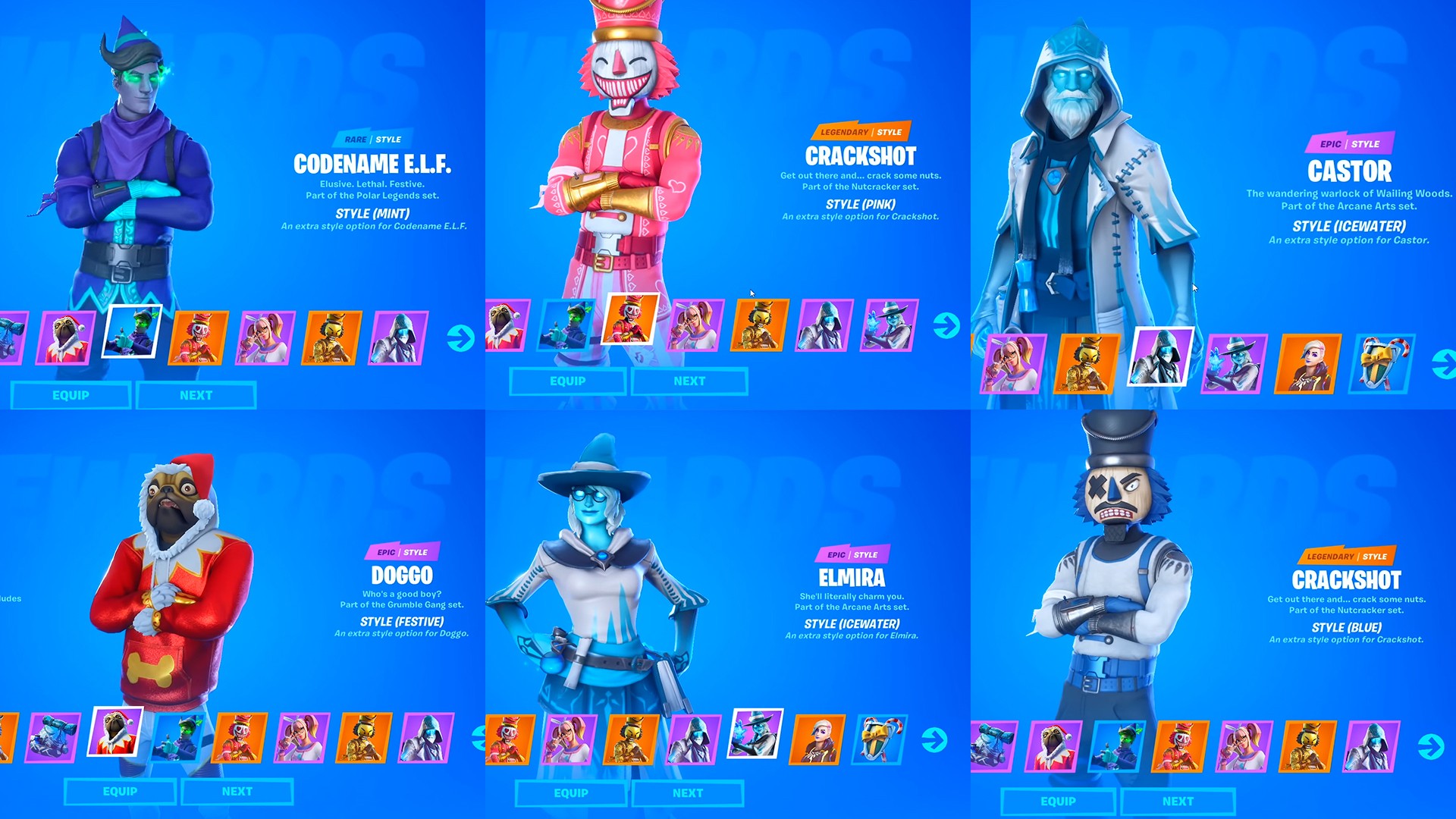 You'll find here various ways of entertainment, such as throwing snowballs, placing snowmen, or finding new loot inside the iced blocks and additional split-screen mode for two players on PS4 - all the winter fun in one game. It's the most saturated with content games among all the multiplayer games.

CS:GO maybe is the most brutal and severe game among others, but even here, Valve rarely pleased CS:GO fans with new Christmas stuff. Last year they added a new weapon for holiday time - snowballs — also, cute sweaters for annoying chickens, gift-wrapped bombs, and snow around the Militia map.

And players are very resourceful with Christmas fun, too. For example, some players made their maps with festive decorations and winter activities like throwing snowballs. 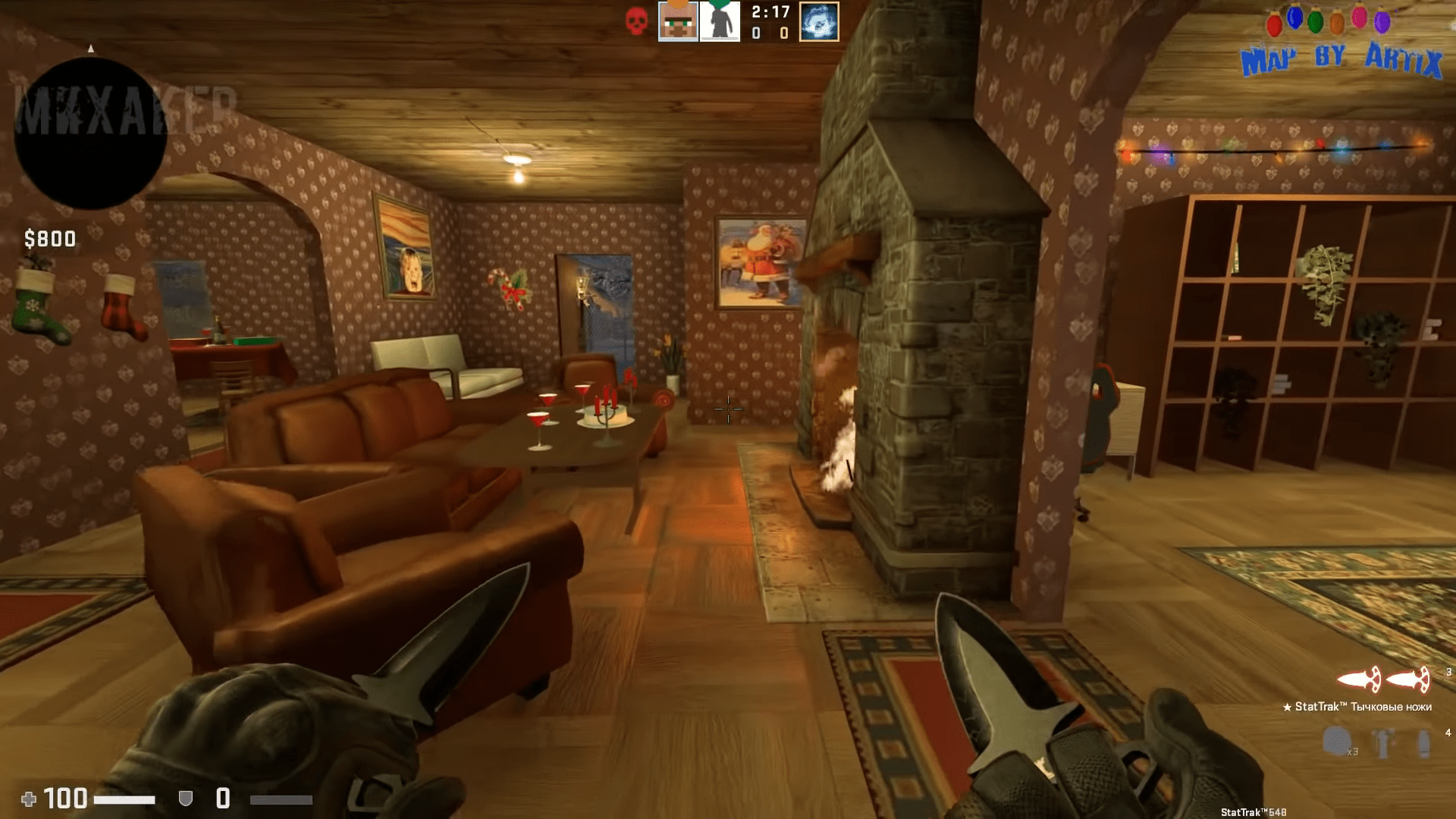 We're looking forward what Valve would bring to the game next year.

Blizzard Entertainment presented the second version of the game or (the most accurate definition) an addon to the main game with new graphics and content. They didn't invent a lot of new things for Christmas time this year because all their employees are involved in developing and improving the original game. However, players are still happy to have the usual Winter Wonderland event with the Mei snowball game (with slight improvements) and new skins, which they can earn by merely winning the quick, arcade, and ranked matches.

What pleasing players eye the most is the winter decorations on the maps. They are covered with snow (except summer ones like Havana, Dorado, and Temple of Anubis), and there are tons of Christmas trees, gifts, lights, etc. Even the respawn spots are cute with all that Christmas stuff. The Overwatch Winter Wonderland will last until January 10, 2020.

Apex Legends was released on February 4, 2019, and it's the debut for the Christmas event in this game for Respawn Entertainment. The event called Holo-Day Bash launched December 12. It will last for 20 days, until January 7, 2020, as it was expected and announced at The Game Awards 2019, twenty-four new items, including various skins for Legends and bonus Pathfinder Heirloom set (after unlocking other cosmetics), and limited-time mode Winter Express were gifted to players to enjoy their holiday time. 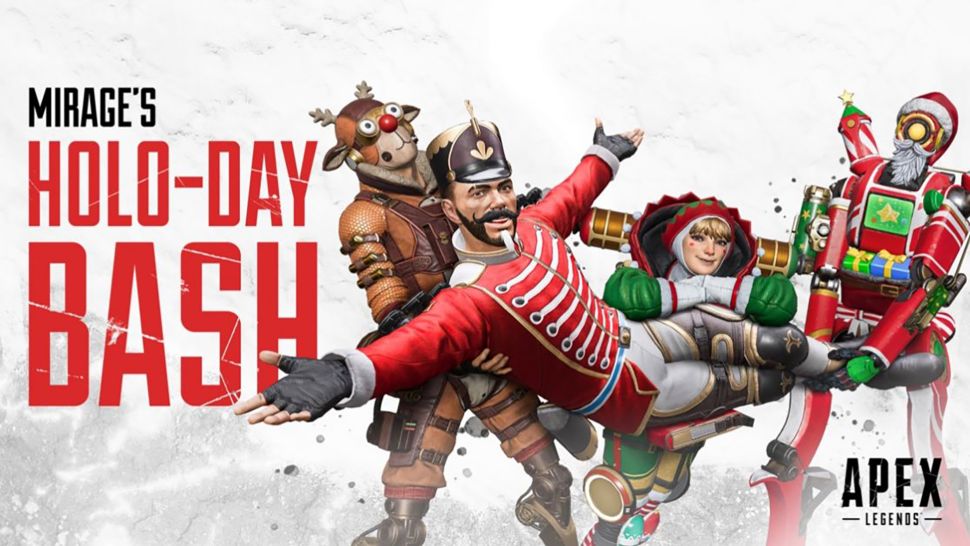 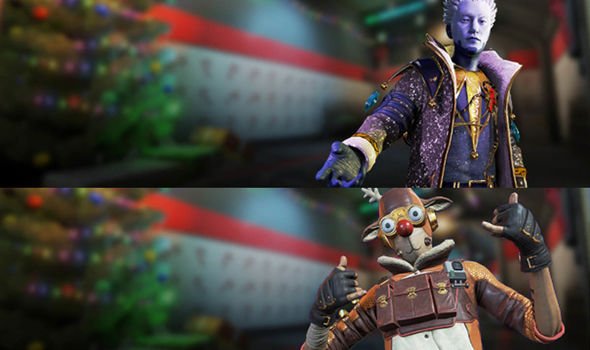 The rules for mode are simple: it's a non-Battle Royale point-capture mode with three teams of three players. Your team's goal is to capture the World's Edge train that will suitably be decked out in holiday attire. Each Legend will have a predetermined load-out so you won't need to loot for your gear. Capture the point three times, and you're the winners.

New gestures, dances, hairstyles, room decor, stickers, and the most important - new quests are waiting for players in the game. 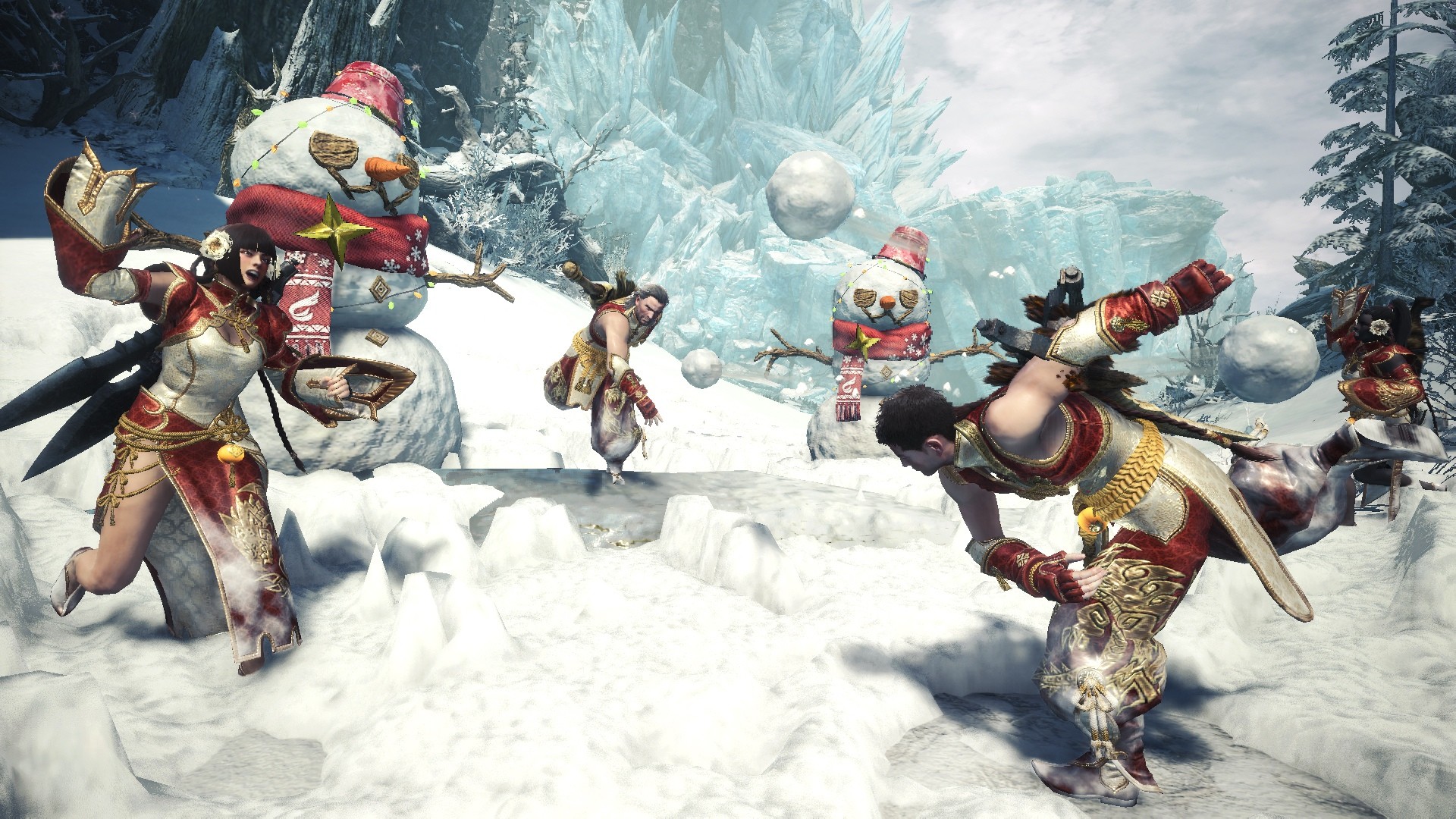 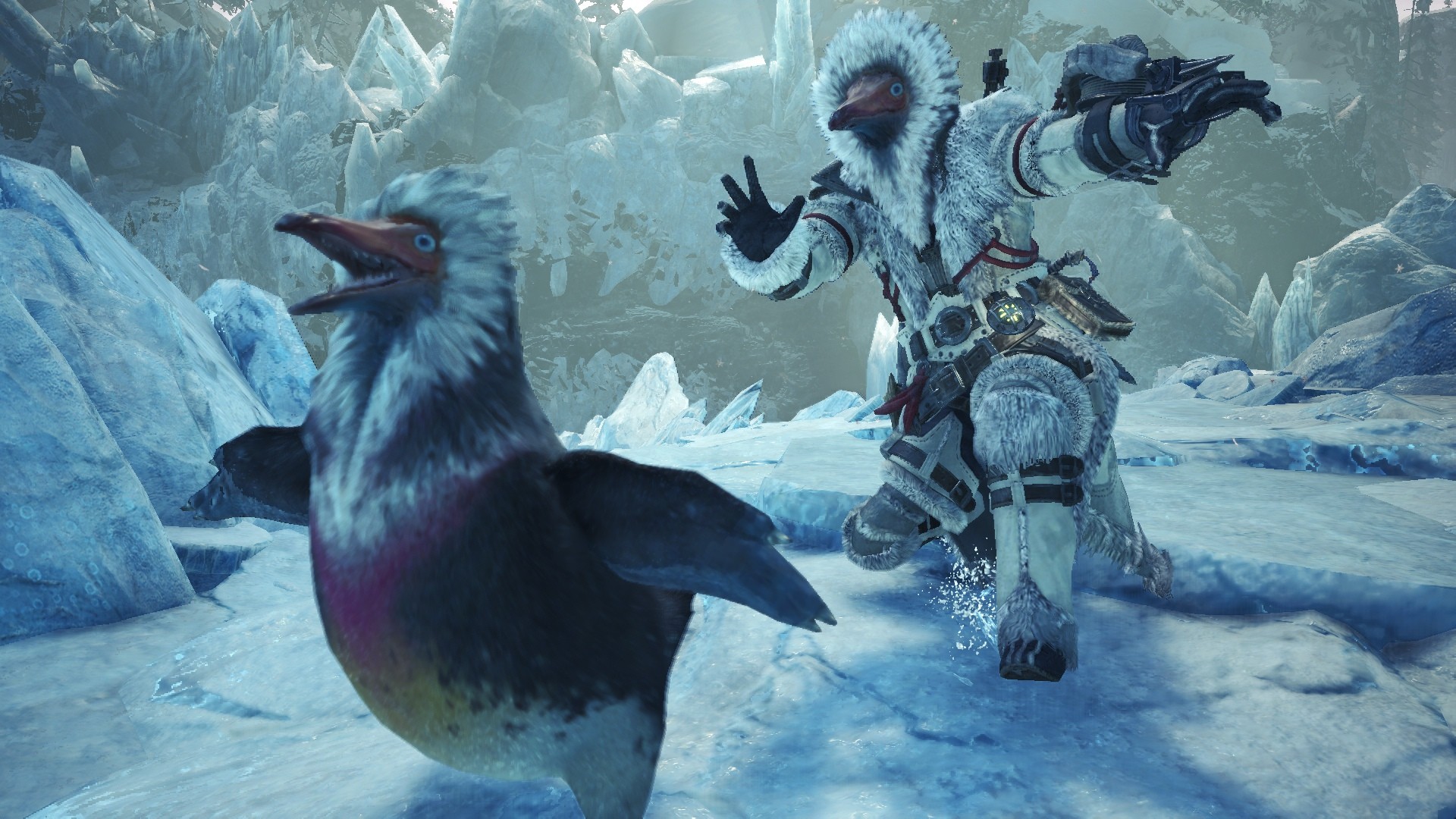 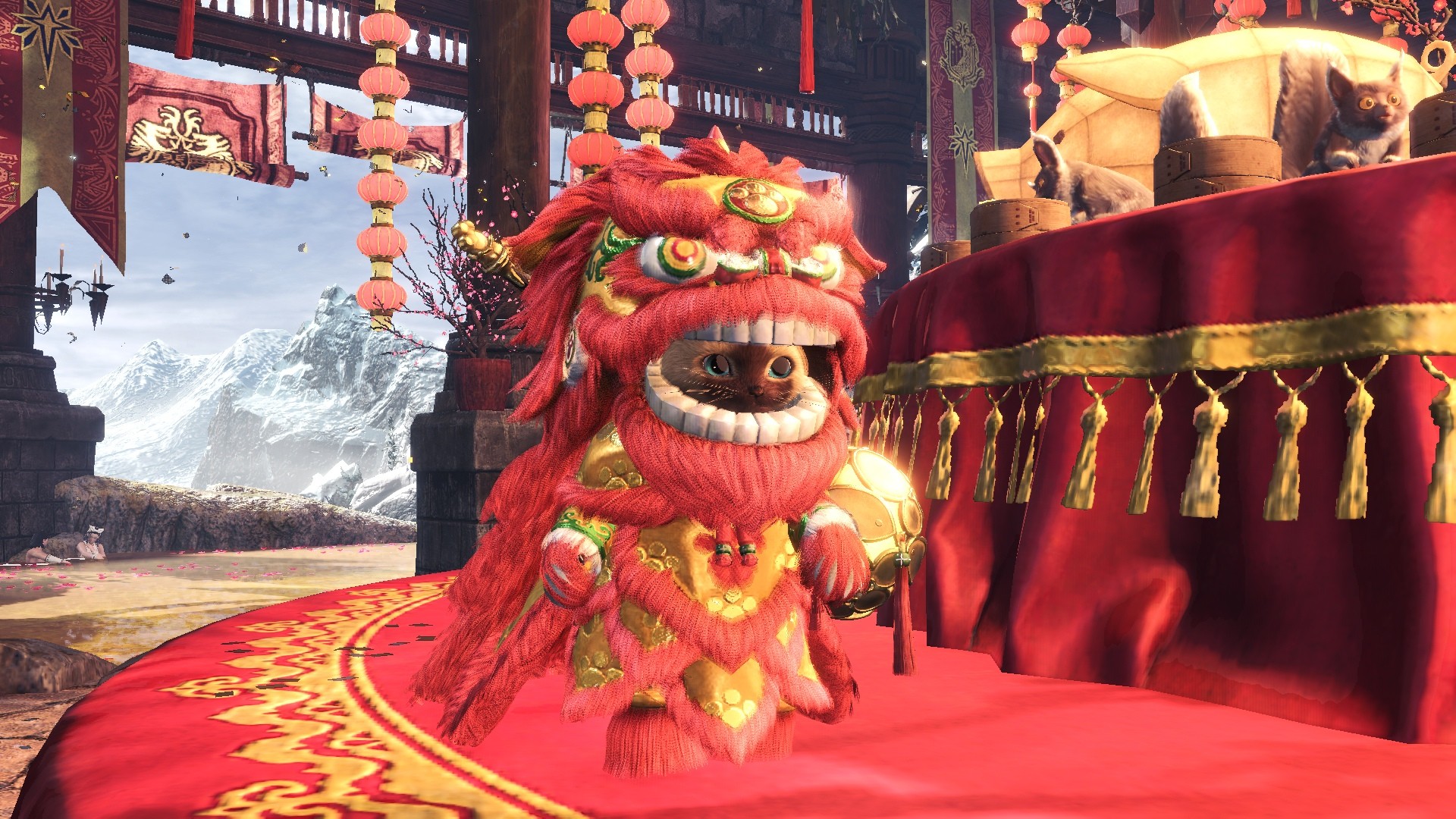 It's the most wonderful time of the year... for Sub-Zero and Frost! New winter skins and konsumables awaits for players during Christmas holidays. Killer Kanes, Sledding Tarkatans, Parachuting Ginger Deadmen, Exploding Snowmen, Christmas Trees, Menorahs, Dreidels, and Shooting Stars themed modifiers in The Winter Wonderland Tower event are free for all MK11 players.