Chaos Esports Club finished 17th-18th in The International 2019 but has since begun to show its true form with a second-place finish at the Summit 11 Minor.

The North American organization recently said goodbye to Jonáš "SabeRLight-" Volek as he was on loan to the team from Team Singularity. About a week later, the team's coach, Ilya “Illidan” Pivcaev decided to leave as well.

With the qualifiers for the next Dota 2 Minor and Major fast approaching, Chaos Esports Club needed to find a replacement fast, and now it looks like they have. The club has welcomed former HellRaisers player - Dmitry "DM" Dorokhin, with the new squad already registered for the DPC 2019-2020 Season. 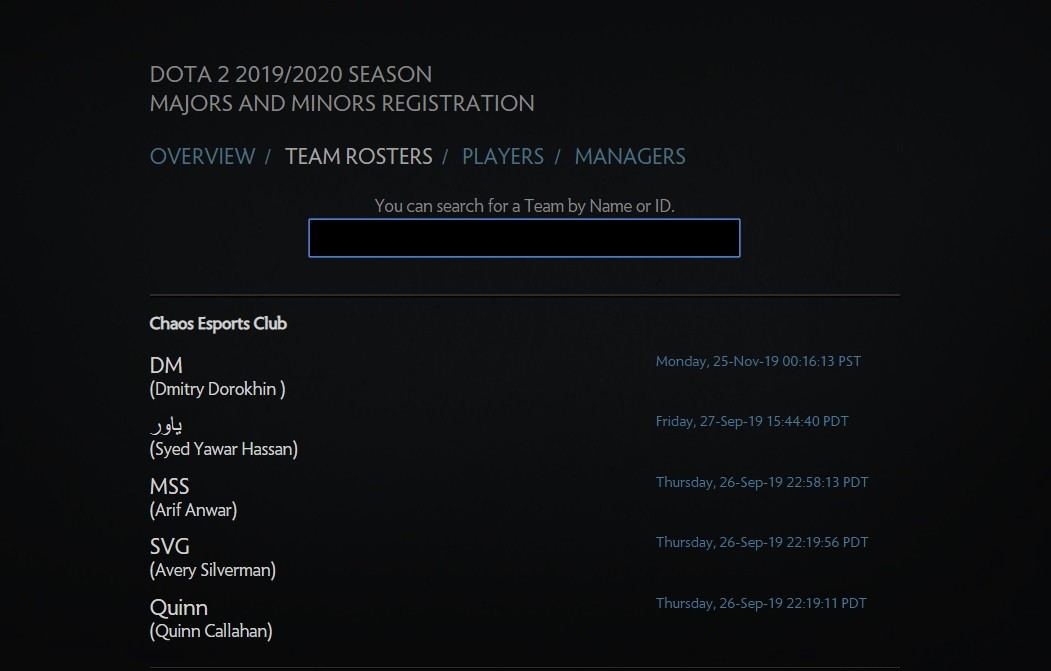 The DreamLeague Season 13 qualifier events begin this weekend, where several teams will fight their way through the regional qualifiers into the $1 million event.