Can eFootball PES 2020 get the Footsim King's crown?

Can eFootball PES 2020 get the Footsim King's crown? ⚡⚡⚡ Esports and gaming news, analytics, reviews on WePlay! The latest news on WePlay!

Football simulator season has been opened with eFootball Pro Evolution Soccer (yes, that's right) 2020. What has been happening recently between the two giants can be called a revival of rivalry because EA's fighter has not had competitors for the last ten years. However, Konami lost the rights for Champions League to FIFA, but it surprisingly marked the sunrise instead of the expected sunset. Perhaps, it encouraged the developers to do something new to hold the audience, something more valuable than the central European league. Well, besides, they've received the money for contracts with other teams and leagues, and the brand clubs themselves (hello, twenty-first century) saw the game's prospect. Now PES 2020 has deals with Juventus, Barcelona, Bayern, Arsenal and Manchester United — the most famous teams in the world.

Allow us to note what innovations Konami has added to the new version of eFootball PES and also think about what the game is still missing.

Let's start with the essential thing: gameplay. It's no secret that footsims developers import certain "metas" for players from year to year. Maybe, they are not doing this on purpose, and these "metas" are just a coincidence, mechanics and AI. In PES 2019, the strongest and most successful attacking tactic was aiming the ball from the sides of the box to the center of it, and while defending you just had to turn Deep Defense on. We are in a hurry to please you: Konami has fixed the old "meta." But do not rush to rejoice: a month will pass, and a new one will be revealed.

Where can it come from? Firstly, the new passing system. It was developed from scratch with the help of the former Barcelona midfielder Andrés Iniesta. The passing has really changed a lot: now you need to calculate the running speed of the player opening for the pass, the trajectory of his movement and the position relative to the goal, as well as the accuracy parameter of the passer.

Next, there's a fascinating thing called Finesse Dribble. Obviously, this is about dribbling. It works as follows: press the button, run ahead, turn the stick a bit, the player makes all the tricks himself (if possible). This is a perk available for only certain top players; a blue-collar from the third division will not be able to play like that. Isn't that too casual? Yes.

Moreover, star players will have "special skills": Lionel Messi moves with the ball at an entirely different level, Cristiano Ronaldo hits with his head with a unique jump animation, and playing against Robert Lewandowski is a nightmare: it's better not to give him the ball near your box at all as he will score a long shot, one with his head, with his first touch and with his chest. It turns out that top stars are imba.

Defending was also upgraded: the developers added a lot of new tackle animations to the game, and defenders' artificial intelligence was significantly updated. Thanks to all this, feeding your forwards from the edge of the box won't work in 80% of cases.

Quick substitutes are remarkable. A convenient, intuitive menu right during the match allows you to replace players without a pause, and it is better implemented than that of a competitor.

In general, relative to the previous part, PES 2020 feels slower but more technical.

PES singleplayer manager career is on top, as always. It has new interactive cutscenes: conversations with the players over a cup of tea, pre-match press conferences, team talks during the break of the match. However, these clips do not significantly affect the game. You may be able to convince a player to sign a contract, but in a match, you would only have a small shape boost. So even Brad Pitt will not be able to convince his team to go and comeback in the second half. As for the singleplayer mode, Become a Legend, is not as cinematic and dramatic as in FIFA, but creating your little street-born chap to go up to the stars is always nice.

A huge disadvantage is that Konami is not hurrying to fix top-players' reincarnations. If you did not know, in PES, when a star player retires, his "avatar" reappears in the game as a young and super-promising boy.

Besides, the developers have announced Matchday where you can play matches according to the real calendar, considering injuries and the teams' forms. MyClub mode has not undergone significant changes.

Photorealism has always been a feature of PES. And this year is no exception. The Legends look better than in real life, and Cristiano Ronaldo himself seems to be running around in the monitor. However, you can find orcs, elves, and goblins in some low-tier teams and among the generated players. 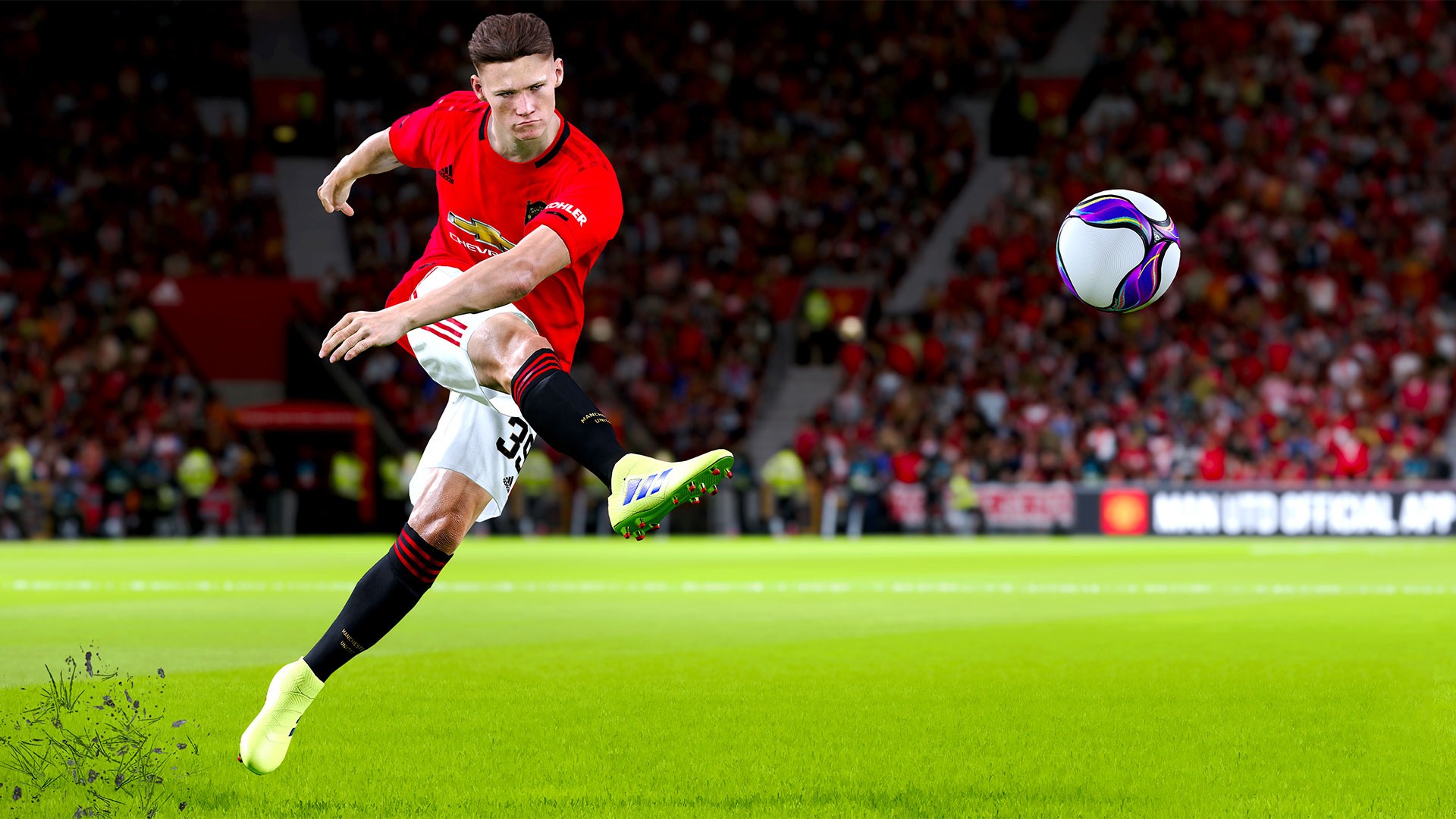 Stadium mode deserves special praise. Licensed stadiums look gorgeous, you can see every little detail, and playing with such camera mode is only a pleasure.

It's nice to see that Konami did not give up, but on the opposite, regrouped and counterattacked. At this pace, eFootball PES 2020 is already breathing tightly behind FIFA 20 — which will be released in less than two weeks — and the next part of the simulator from the Japanese can even take the arms race to a new level.

Konami diligently tightens the bolts and modernizes the wardrobe. And given marketing growth, it is likely that in the future there will be no struggle between them and EA for brands because it is more profitable for clubs and organizations for both games to buy their rights rather than one trying to choke the other.

Still, the question of choosing between FIFA or PES will exist as long as both footsims exist. These are two completely different games, despite the common subject. So, if you did not dare to try something new — now it's the time. PES 2020 will seem different and uncomfortable, but after a couple of dozen hours, you will not want to return to FIFA.

It remains only to wait for EA to truly evaluate the fulfillment of promises and compare two finished products. Konami did an excellent job.