Following Treyarch’s announcement on June 20, contracts finally launched yesterday in Call of Duty: Black Ops 4 version 1.19. These are six straightforward challenges that rotate over time and a single daily challenge which refreshes every 24 hours.

Contracts are available in Blackout, League Play, Multiplayer and Zombies modes. They're easily accessible from the contracts tab in the bottom left corner of the screen with each mode possessing its own unique challenges, making a total of 28. 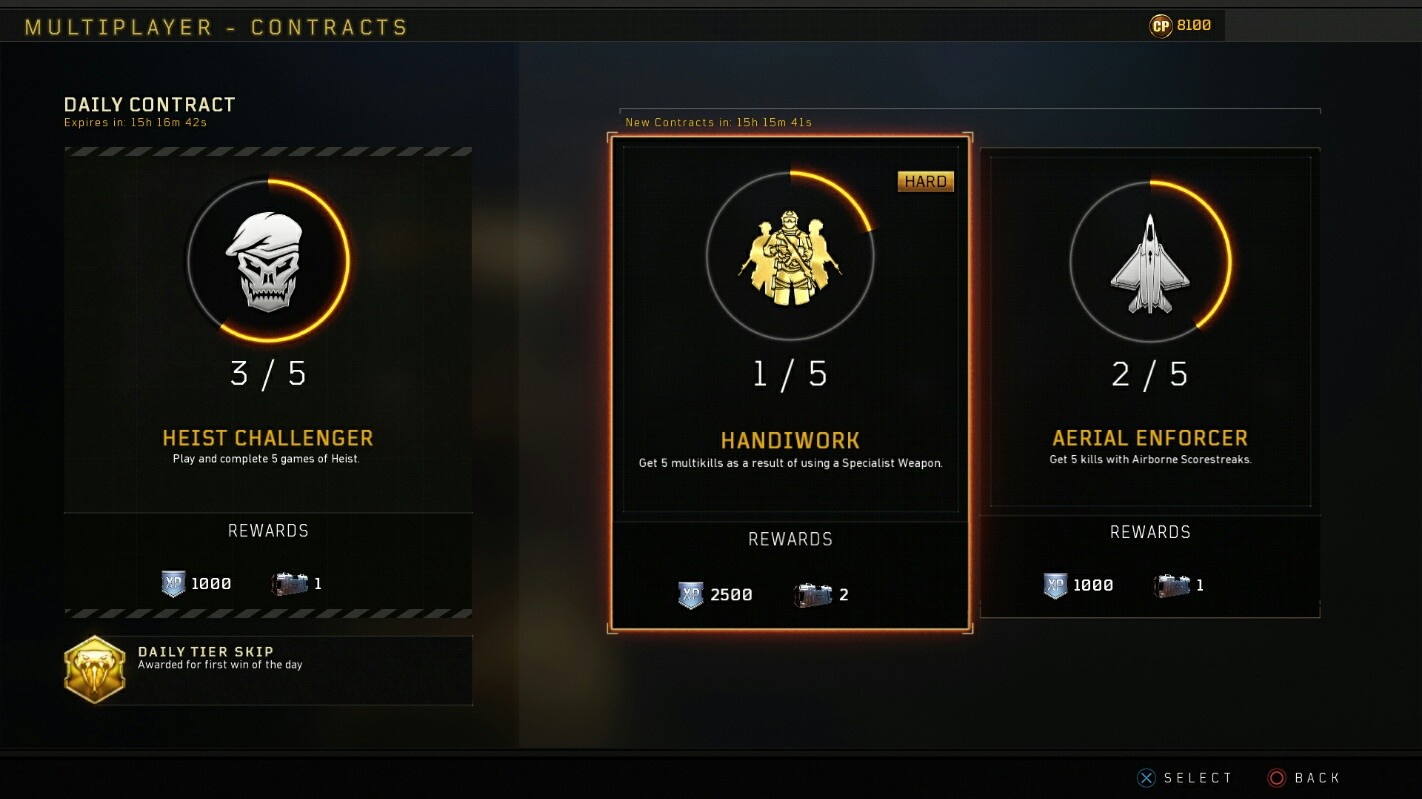 Rewards can include things like bonus XP, Nebulium Plasma and Merits. With each series of contracts available in a standard or hard variant, players are able to boost the amount of rewards they win. The higher the difficulty, the better the rewards.

Contracts launched alongside other additions, balances and fixes in the update such as the Hacienda Twilight map, medals and equipment. The PC update launches later as version update 1.18.

How BRs can improve Meta or abuse? Understanding the difference is important Tournaments vs. Leagues: Which is better for the future of esports? Are battle royales on their way out GAMER Arena partners with Playstation for 2020 regional tournament