Riot Games has signed a deal with social broadcasting platform Caffeine as an official, non-exclusive streaming partner for its North America League of Legends Championship Series (LCS). As such, the deal won't prevent Twitch streams from airing. 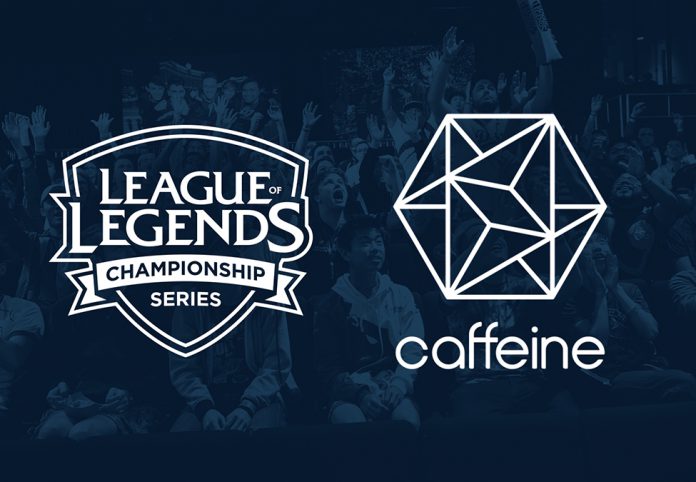 In a press release, Matt Archambault, head of esports partnerships and business development for North America at Riot Games spoke on the partnership. “As our audience continues to grow and evolve, we’re excited to bring the LCS to new platforms and distribution channels ensuring our fans are able to watch the broadcast on their preferred devices. We’ve seen demand from our community around new streaming platforms and we’re excited to work with Caffeine to see what engaging content our community and aspiring shoutcasters will be able to create with our broadcasts.”

The deal will allow fans to stream and live-host the competition on their personal channels. Content covered includes the rest of the Summer Split, playoffs, finals, and the LCS regional qualifiers. This deal creates a new level of interaction and engagement that both companies will leverage to pursue their goals.

Ben Keighran, CEO of Caffeine had this to say. “We’re proud to partner with Riot Games to help LCS fans and aspiring shoutcasters experience this content like never before. Our platform will deliver these matches with almost no latency, allowing fans to watch as if they were there, while also offering aspiring shoutcasters the ability to live host their own streams of the event and interact with fans in real time.”

LCS has partnerships with other companies like Alienware, Secretlab, and Mastercard. Caffeine also has similar deals with other esports organisations and organiser likes of Dignitas, Na'Vi and DreamHack.