Right when WePlay! Dota Underlords Open tournament is in full swing, Valve’s autobattler has just received a new update – and the list of changes and improvements is huge. Just like with previous patches, Dota Underlords now feels like a completely new game – and hey, it’s not a proper update without introducing a couple of game-breaking bugs.

A few Alliances have been altered drastically, although the most notable change has been introduced to Brawny.

The newest feature simply does not work, however. As many of Steam users report, kills by Brawny heroes do not count. Which means that in reality their maximum HP is now increased once by 30/60 – instead of 200/500.

Savage Alliance has been nerfed hugely. See for yourselves:

Luckily, there’re some buffs introduced, and while the effect of Savage Alliance is limited by heroes of its kind, Elusive has been expanded on all allies instead of just heroes belonging to the same group. 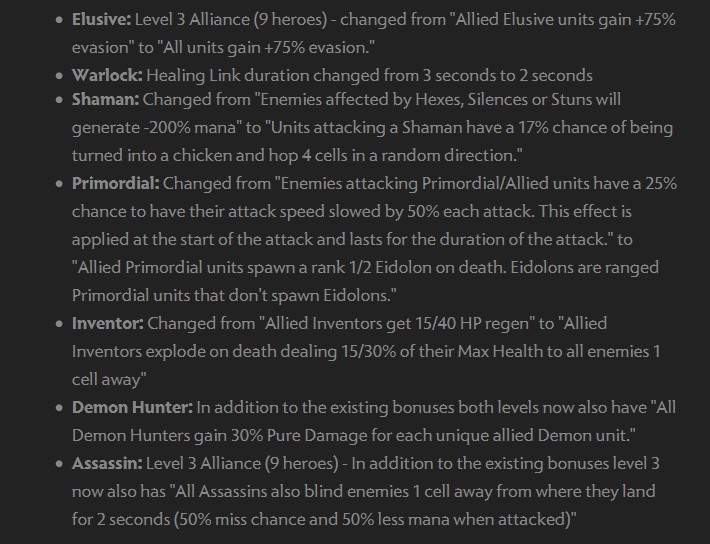 The item system also faced a number of changes. We are saying goodbye to Cloak, Recruiter, Vicious Intent, and Wicked Intent while the patch adds Helm of the Undying, Bracers of Desperation, Poaching Knife, and Dawning of Ristul. A few other items were nerfed and buffed based on the feedback.

Overall, the amount of changes brought by the August update is impressive and deserves a proper look. The detailed patch notes can be found bot in Steam Community and on the official website (whatever you find fancy).