Borderlands 3 trailer increased the popularity of the previous parts

Borderlands 3 trailer increased the popularity of the previous parts ⚡⚡⚡ Esports and gaming news, analytics, reviews on WePlay! The latest news on WePlay!

Gearbox Studios pleased the fans of the Borderlands series with a trailer of a new part, which, according to the developers tweet, may be released (or, and it’s more credible, new stream with game details) on April 3rd.

Moreover, Borderlands Remastered and an improved version of the Borderlands: The Handsome Collection, which includes Borderlands 2 and Borderlands: The Pre-Sequel, were announced. In this regard, the number of players in previous parts on Steam has increased dramatically.

Dualshockers conducted a small research on the “attendance” of the games after the presentation, where the Borderlands 3 trailer was shown and shared the graphs.

According to these numbers, the players began to play the first part of the series as much as 410% (from 835 to 3.422 players - according to the data at the time of publication of the article) more players than before the release of the trailer.

Spinoffs were expectedly at the top of the increased popularity:

“The Pre-Sequel has managed to grow by 545% while Telltale’s riff of the game has gained an astounding 1,666% growth in peak players.”

At a time when the joy of the announcement of the third part appeared, Collections sales will go well.

Borderlands: Game of the Year Edition in addition to the DLC will get improved graphics, including support for the 4K resolution on PS4 Pro and Xbox One, updated lighting and textures, and some improvements in mechanics, including a mini-map in Borderlands 2 style. The final boss battle was reworked, and a new weapon and flexible customisation of the protagonist's appearance included. The system of awards SHiFT will appear in the game, and it allows you to receive prizes using gold keys. Owners of the Steam version of Borderlands will receive content from the remake for free.

But that's not all - Randy Pitchford told how to play a new card game called Borderlands: Tiny Tina's Robot Tea Party during the presentation. It was developed and published in Gearbox's collaboration with the Chicago-based XYZ Game Labs and the Nerdvana Games. 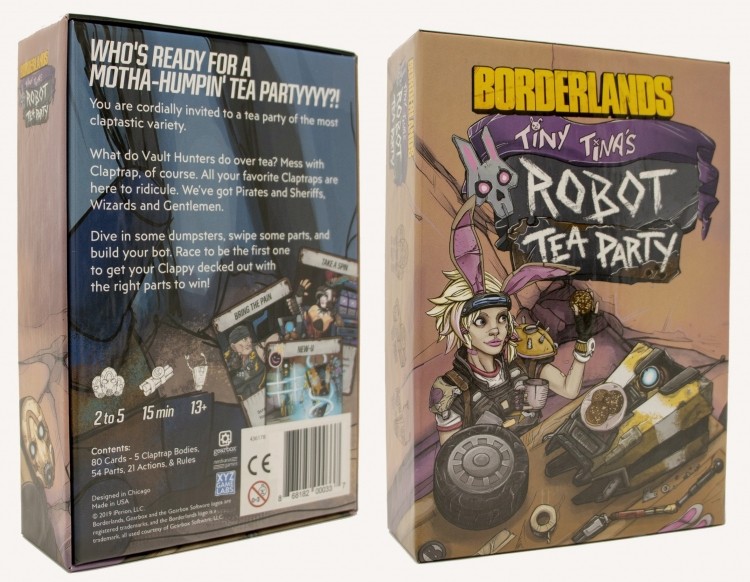 The game is designed for 2-5 people. The issue of Tiny Tina's Robot Tea Party is to assemble the robot faster than the others using the cards from the set. The card game sales started right at the event, and the price is $ 20. 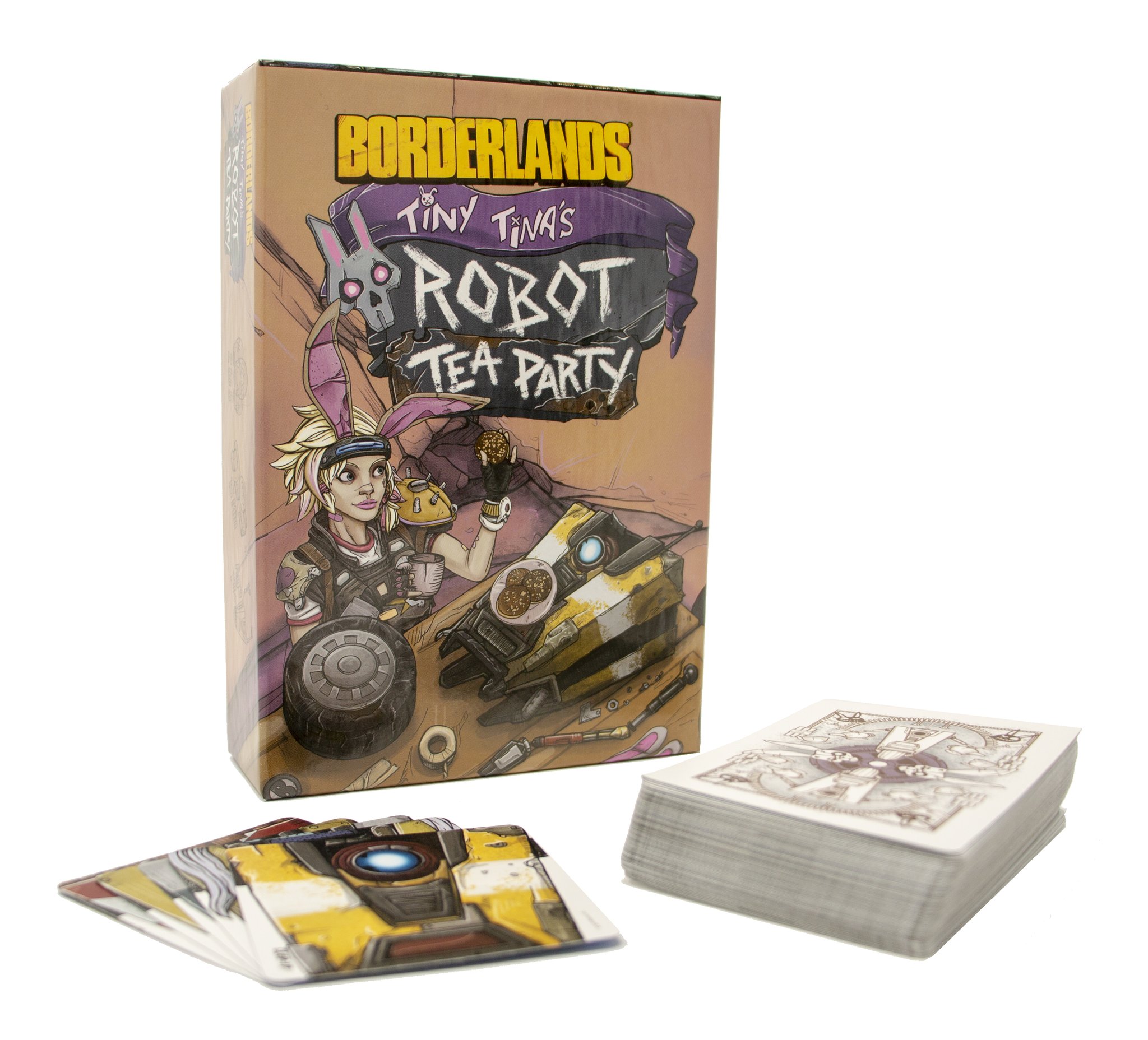