Borderlands 3 is one of the newest first-person shooters and is by far the hottest game right now. You can either play alone or in a party with up to four people. Before starting, you can make a character from one of the four classes which are currently available.

Similar to the previous game from the Borderlands series, you have to take different missions from the NPC's in order to gain experience and levels. While doing this, you will be able to unlock skill points that you can place int the skill tree. Needless to say, each class has different skill trees which make them unique compared to the rest.

Even though the game is still very new, we already noticed a couple of very powerful guns that you can use to your advantage. Of course, the weapons here are due to change eventually when the new update kicks in, so be sure to check what are the latest changes.

There is a wide variety of guns and each of them has something cool to offer. However, some of them are definitely better compared to the rest. After all, similar to the previous Borderlands titles, your weapons are one of the main things you use in order to make your character better and more efficient. 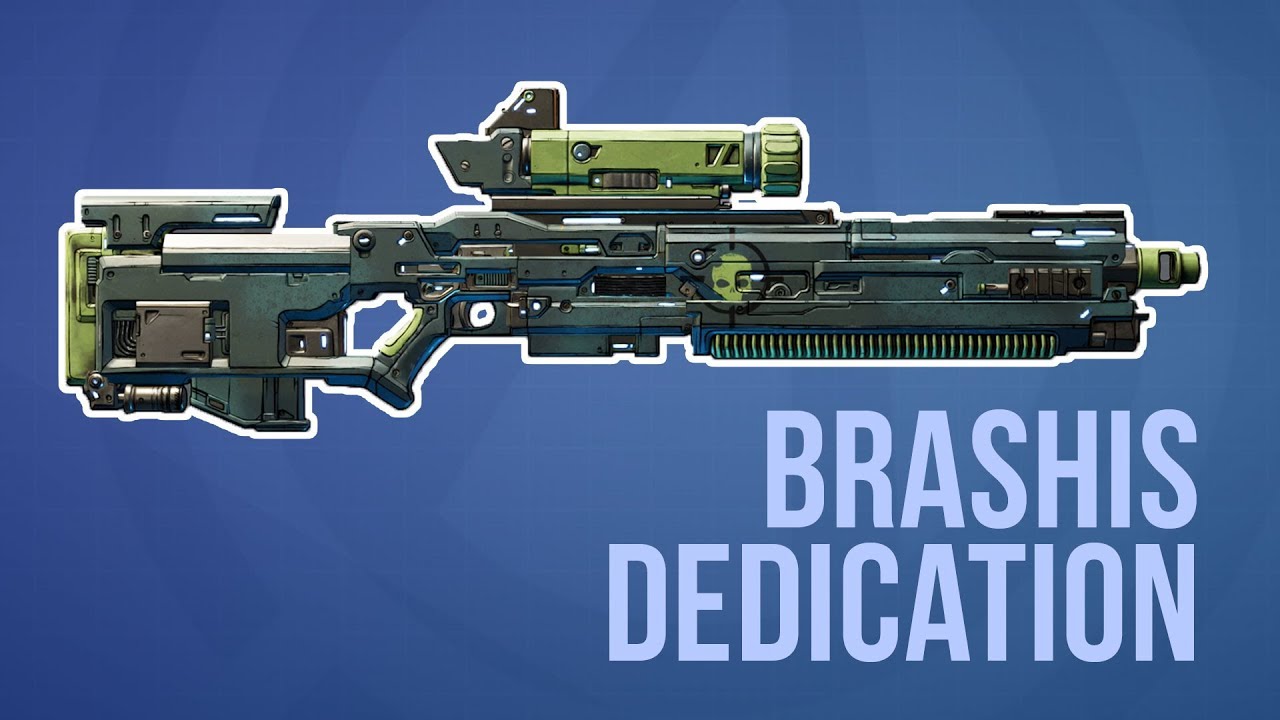 This weapon is one of the coolest sniper rifles in Borderlands 3 right now. Apart from having different damage perks, you can also switch between hitting your enemies with Shock or Corrosive elements, which is another great bonus.

There are many perks to this weapon that make it worthwhile. For example, the two types of scopes you can choose from. The first allows you to fight in close range, whereas you can use the second to stay way back where it will be safer.

Oh, let's not forget that the Bashi's Dedication works wonders against enemies who have shields due to the Shock elements. Also, the Corrosive element is very strong against all robotic enemies, so just be sure to switch constantly in order to get the maximum effect.

You can obtain this weapon from Vic once you complete the "Head Case" quest located at the Holy Broadcast Center. 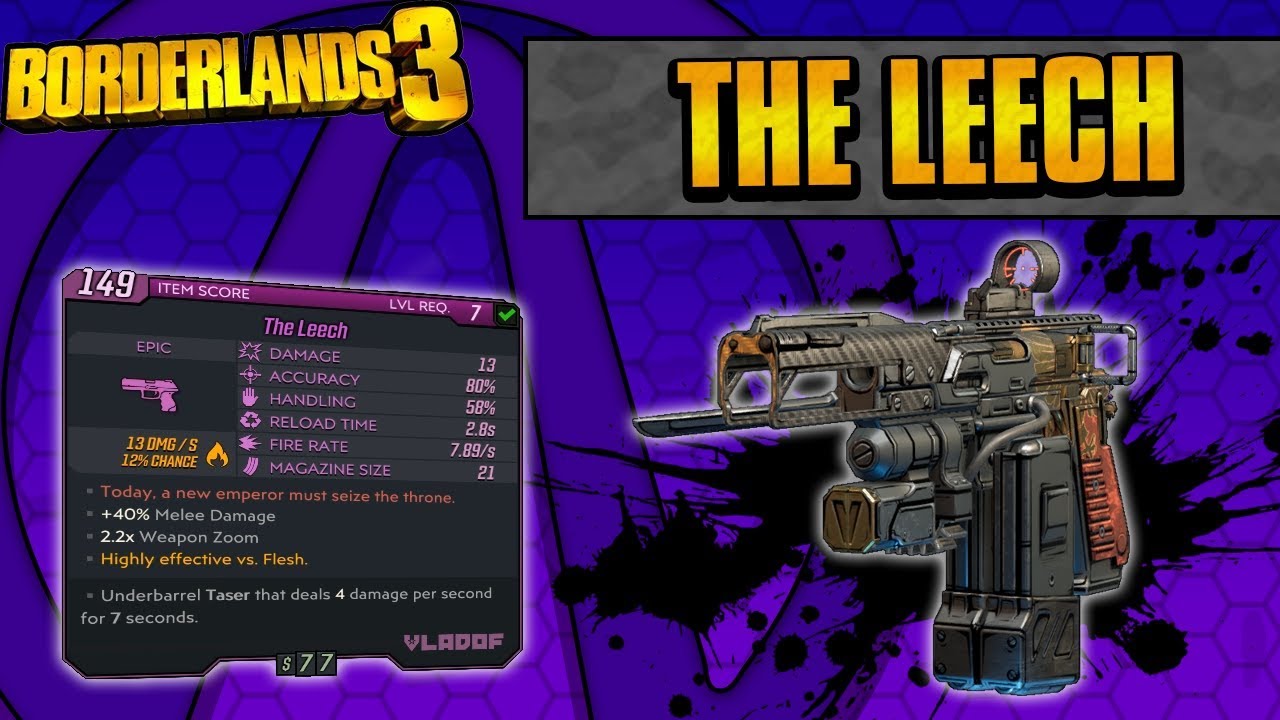 If you like weapons that have a damage over time effect, this is the one for you. Apart from doing initial damage, this weapon also slowly kills your enemy. On top of that, you also have a 40% melee damage bonus which is absolutely insane in certain situations. The only downside to it is that you need to stay up close in fights, which is not really the ideal position if you want to stay alive longer.

You will be able to get your hands on this weapon as a part of the main story quest in The Droughts. Unfortunately, you have to be at least level seven in order to use it.

Torgue Shotgun, a.k.a The Boring Shotgun 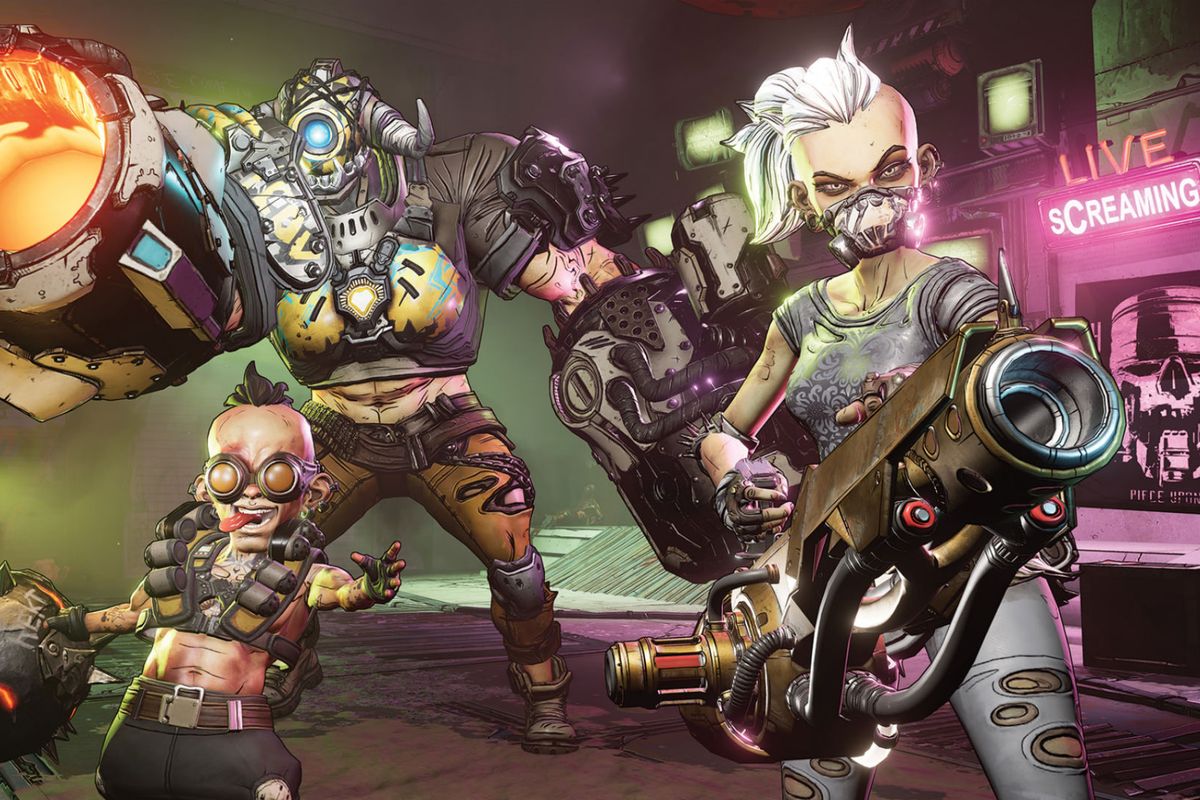 Even though this is definitely not the most interesting weapons to play with, the Trogue Shotgun is actually very strong. You basically fire a couple of sawblades that do insane AoE damage. That's why this shotgun could be very dangerous, especially if you are shooting from a close range.

That said, sometimes it can feel very weak, especially if your target is flying around. After all, the splash-damage based weapons have always been more focus on fighting on the ground. 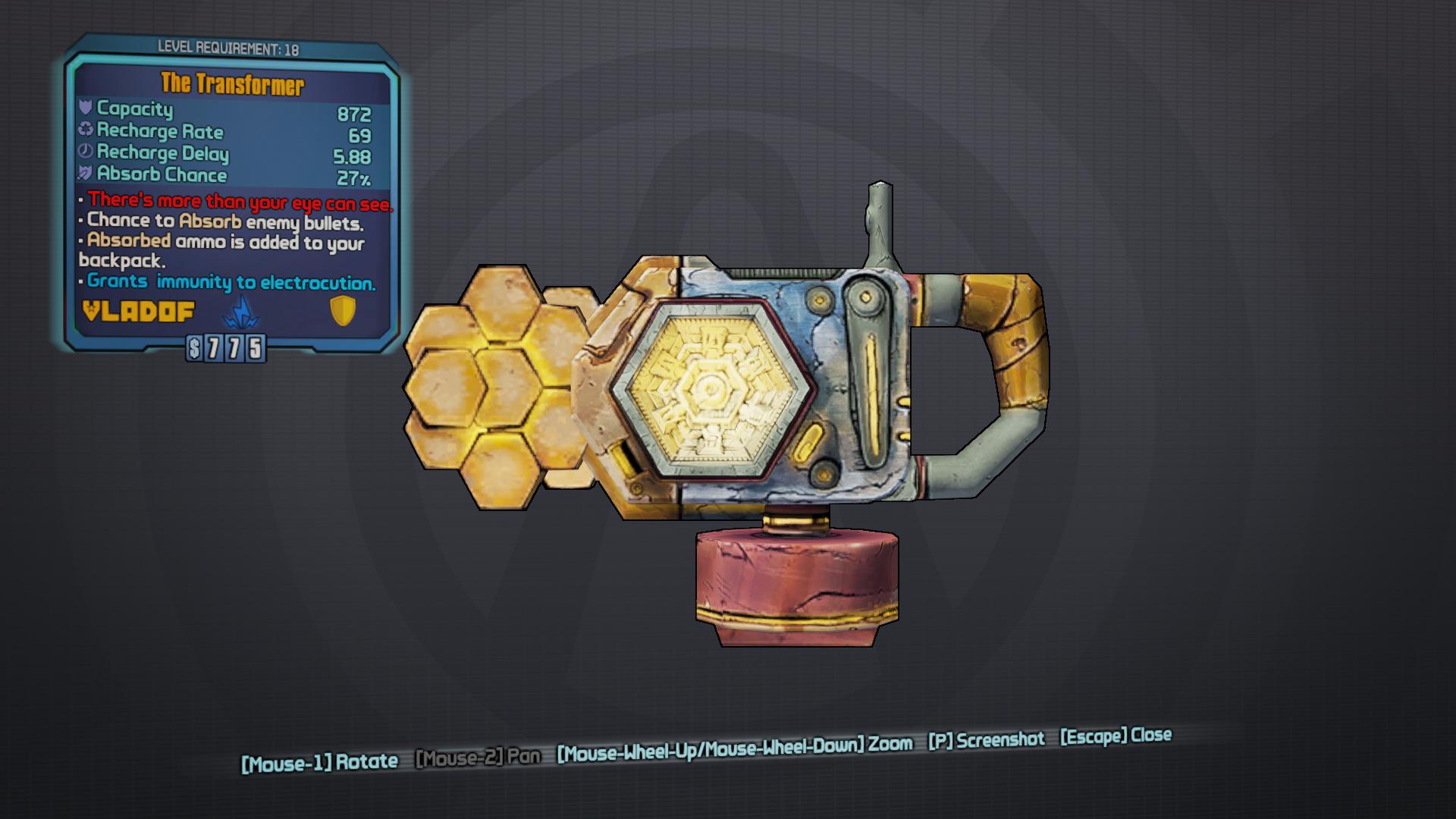 Unlike the other weapons on this list, this is not a gun  - it is a shield. Of course, it provides insane protection from most sources of damage. In fact, it is capable of making you immune to any shocks while also increasing the power of your shields. 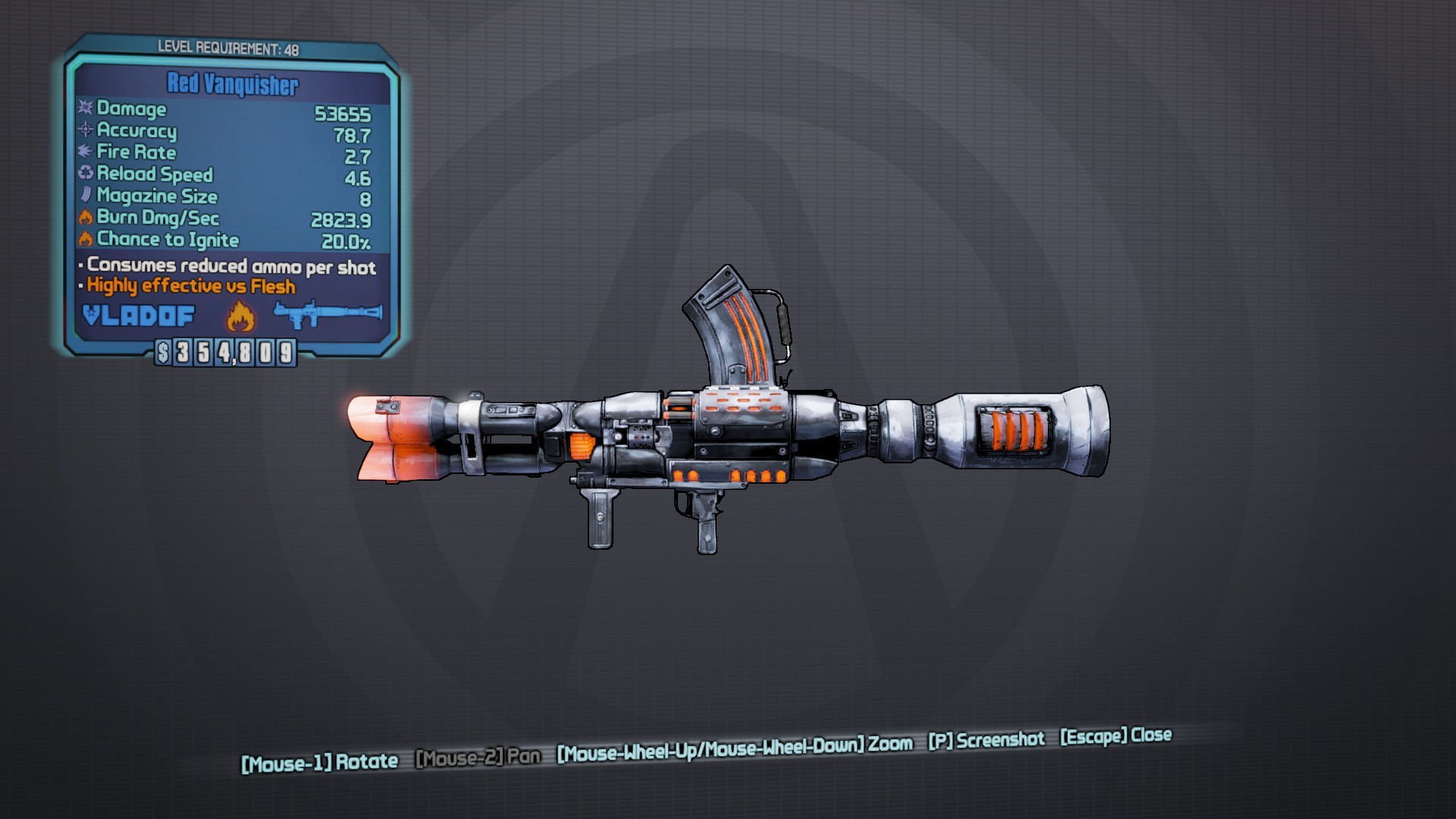 If you are looking for a weapon that you can have fun with while absolutely annihilating your enemies, this is it. However, it is important to know that the Vladof Rocket Launcher is a little bit tricky to get used to.

In case you never played the game, you might think that this weapon shoots rockets towards your enemies. Well, this is not the case. Instead, it fires an explosive that detonates in the air and then corrosive damage starts falling down. This makes it a perfect choice against certain strong defenses. 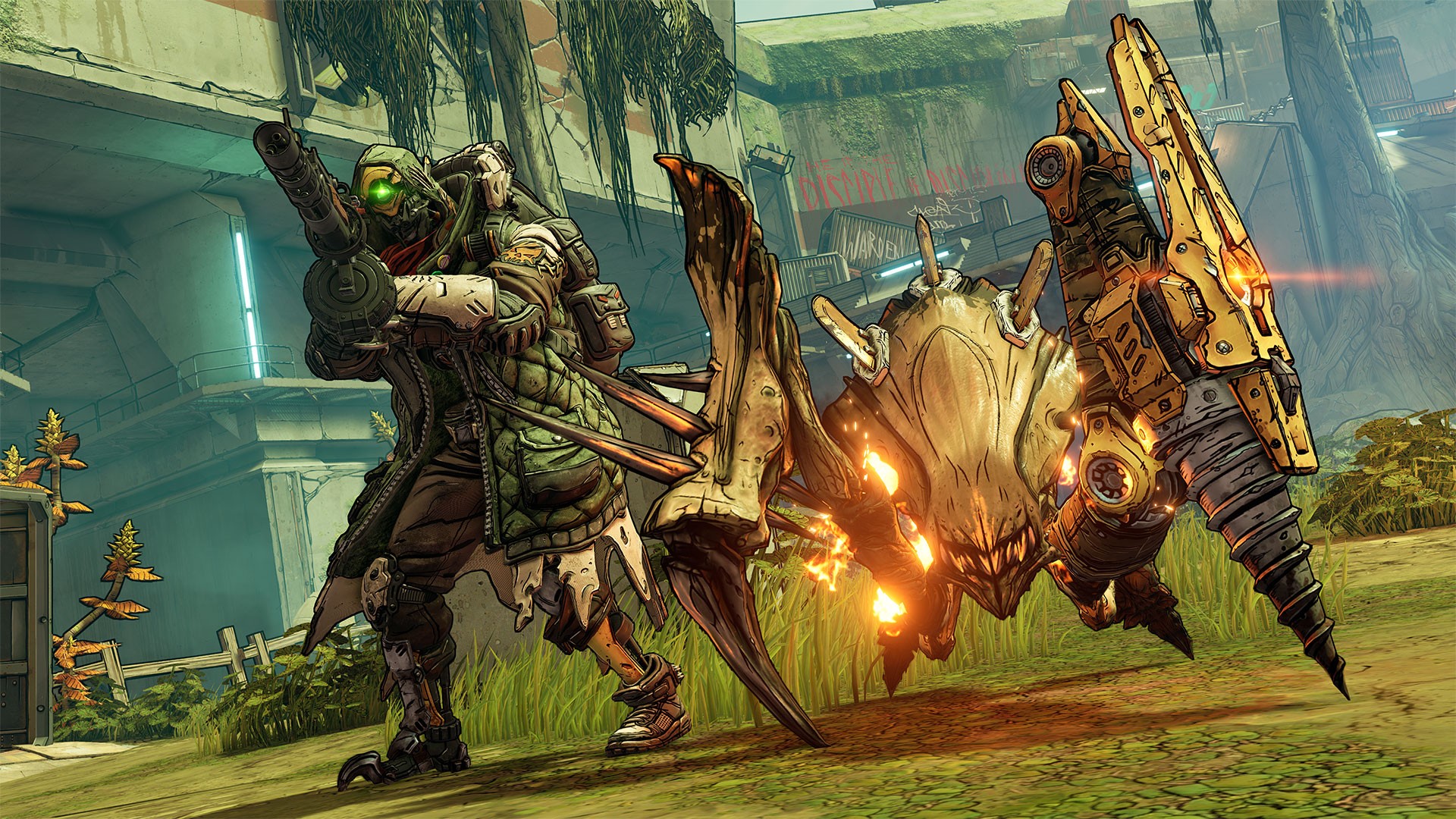 This is a very strange weapon when you first encounter it. Sure, it looks pretty cool, but you might feel like it's absolutely useless unless you get the hang of it. In order to be able to shoot, this SMG needs some time to charge up. However, once it's ready, it fires a couple of poisonous bullets that do a lot of damage. What's more, if your enemy tries to run, the bullet's damage over time effect will persist, making it hard to stay alive. 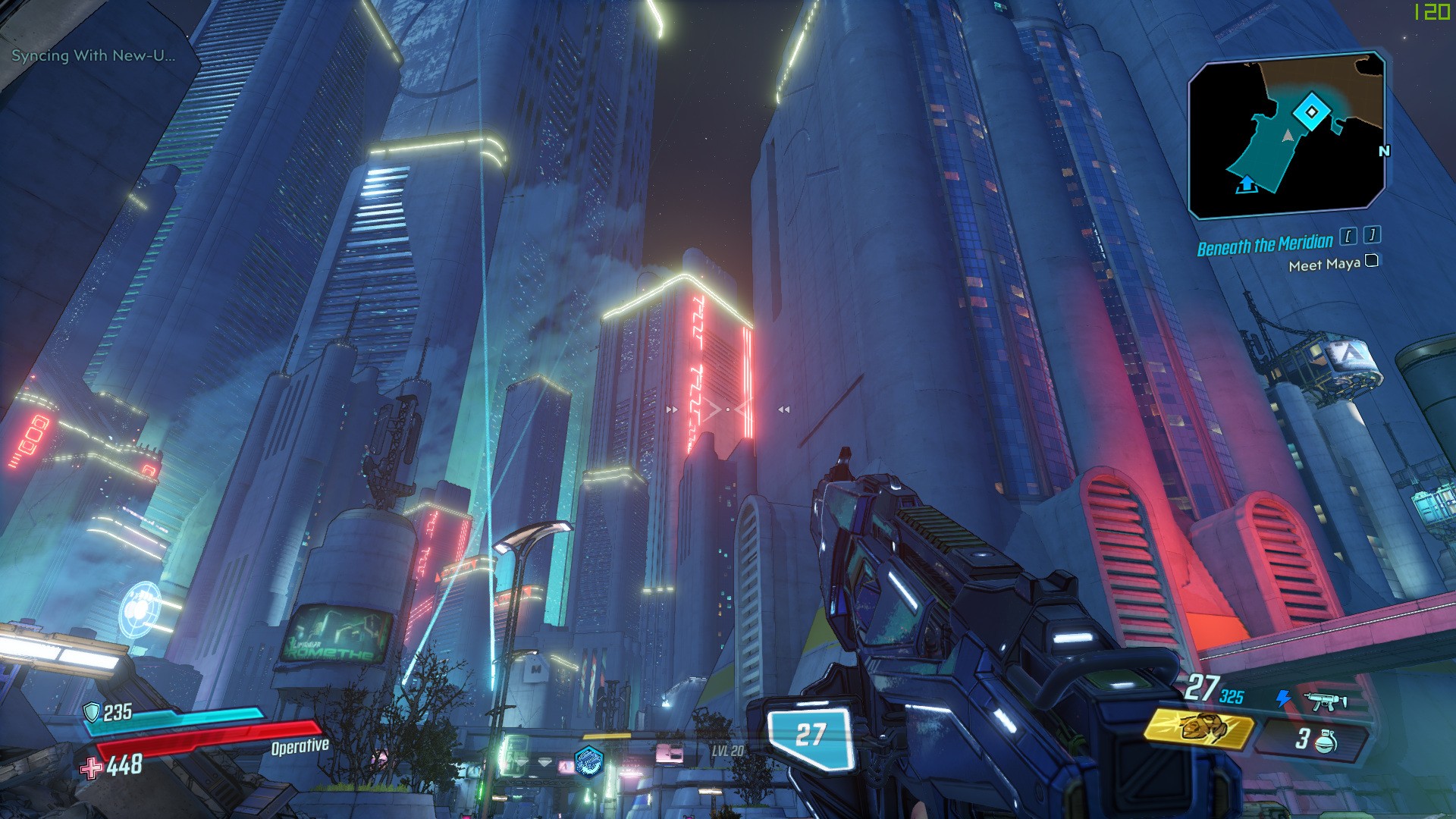 Similar to some of the weapons mentioned above, you can get this from a specific quest. Its usual fire mode is pretty decent but the under-barrel grenade launcher is where it shines the most. Not only does it do a lot more damage, allowing you to essentially doing heavy AoE damage, but it also looks pretty damn cool.

In order to get it, you need to take the so-called "Skag Dog Days" quest located in the Droughts. Keep it in mind that this quest has a couple of objectives to complete which makes it pretty long. Luckily, in order to get the Big Succ, you just need to finish the first one.