Borderlands 3 just came out a couple of days ago but despite that, it quickly took over the world and became one of the most popular games out there. Apart from the new quests and various other things, definitely the stars of the shows have to be the four new Vault Hunters - Fl4nk, Moze, Amara, and Zane. All of them are unique in their own way and have many different Action Skills and abilities which are awesome to use. Of course, in order to be successful, you need to know exactly how to level your Vault Hunter.

Today, we will focus on Moze, who is very capable and cool looking. Having said that, Moze is also the vault hunter which has the highest damage potential in the game, given the proper skills. What's more, Moze is actually very durable, contrary to the popular opinion out there. She has tons of shields and always has the option to call her merch in order to escape a sticky situation.

If you build her properly, you can get unlimited ammo, very large explosions that deal tons of AoE damage and last, but definitely not least - the Iron Bear, one of the coolest companions in the game right now. Another interesting fact about Moze is that she has one action skill but can attack two weapons with any augment.

Let's take a look at which are the best skills to take. Keep it in mind that we will mostly focus on building your ammo capacity, building damage and staying alive. Just be sure to always be up to date with the latest changes because Borderlands 3 will definitely have tons of future updates, which will change some stuff. 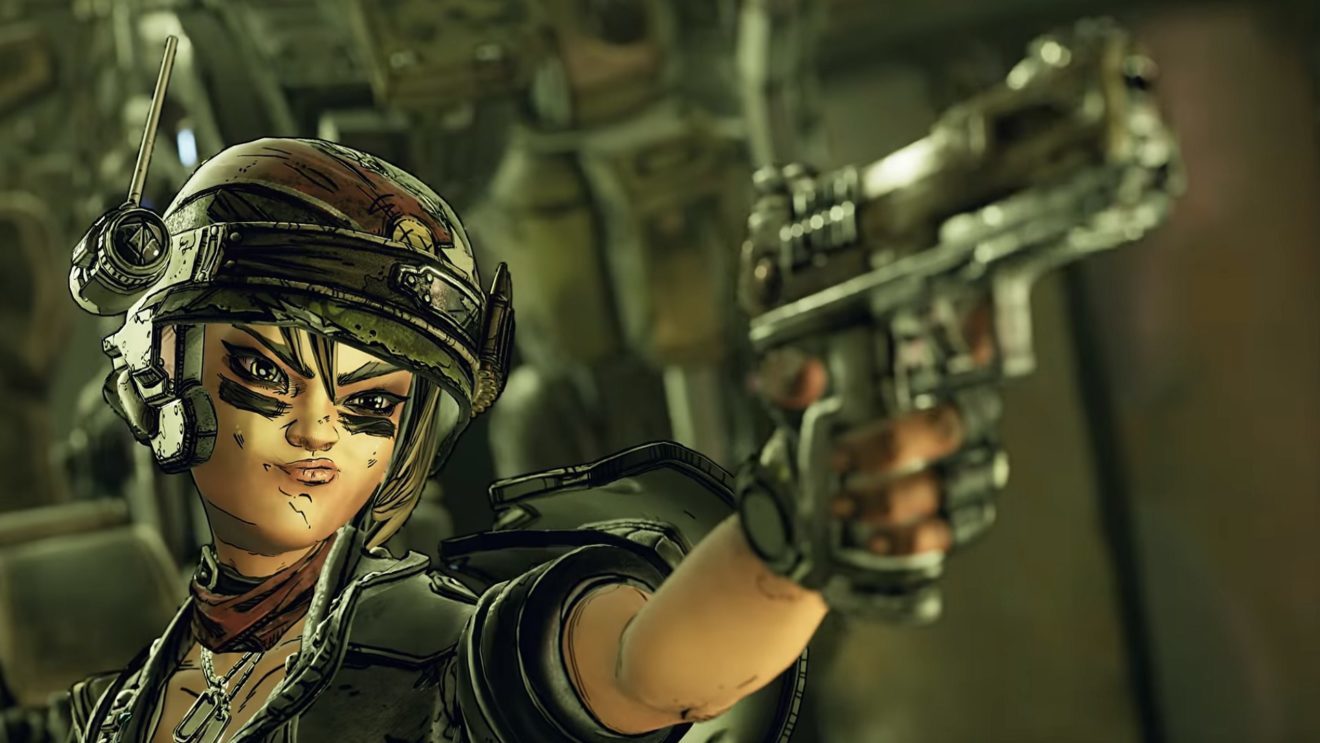 As we mentioned before, the fun in Borderlands 3 starts when you reach level two and here it's no exception. Once you reach it, you will be able to use your Iron Bear mech, which allows you to do very good AoE damage if you equip it with a grenade launcher and a Railgun. Also, keep it in mind that you can restore some portions of your health while you are in Iron Bear, which is very useful.

After you reach level 3, use three points into the Grizzled and two points into Deadlines which are both located on the first tear of the Demolition Woman skill tree. Both of those skills are a must because they can grant faster access to the Iron Bear and also decrease the fuel per shot. What's more, you can even apply the augment called Shaped Charge in order to do extra damage.

The first skills were needed in order to get your Iron Bear up and running. Now, turn your attention into the Bottomless Mags skill tree and use five points into Cloud of Lead, which is a very cool skill that allows your shots not to consume ammo.

After that, Redistribution seems like a very solid choice because it regenerates free ammo into your current magazine.

Finally, it is advisable to swap the Railgun and equip a Minigun because you unlocked the augment called Left off some steam.

The Retribution Skill tree is where you want to put as many points as possible because it is Moze's main source of damage.

The first skill that you would want to get is called Security Bear and it allows you to have extra protection while you are in sitting inside your Iron Bear. Once you get this, move towards Armored Infantry, where it's best to use four points.  This is one of the coolest skills in the entire game because, apart from reducing your incoming damage, it also increases your gun damage as well.

This is the easiest couple of levels because in the second tier there is one skill that definitely stands out - Drowning in Brass. It is a stacking skill allowing you to as much as  60% bonus gun damage. What's even more interesting is that the effect is also shared among your allies.

The third tear is a little bit more complicated than the previous one. First, Experimental Munitions is definitely worth spending one point on because it gives you bonus fire damage whenever you hit someone in his critical spot.

Once you sort this out, use three points in the second tier on Vladof Ingenuity because it will provide you with shock resistance and also bonus shields.

Next, use one point on Thin Red Line because this skill is absolutely sick. It will allow you to transfer a portion of your HP into your shields, which can work wonders, especially once you get further in the game. It's not that useful early on, so keep that in mind.

The last thing you want to look at is swapping your Minigun for the Railgun again because you have a cool new augment to use called Capacitive Armature. This will allow your Raulgun to hit more enemies, making Moze an amazing AoE damage dealer. 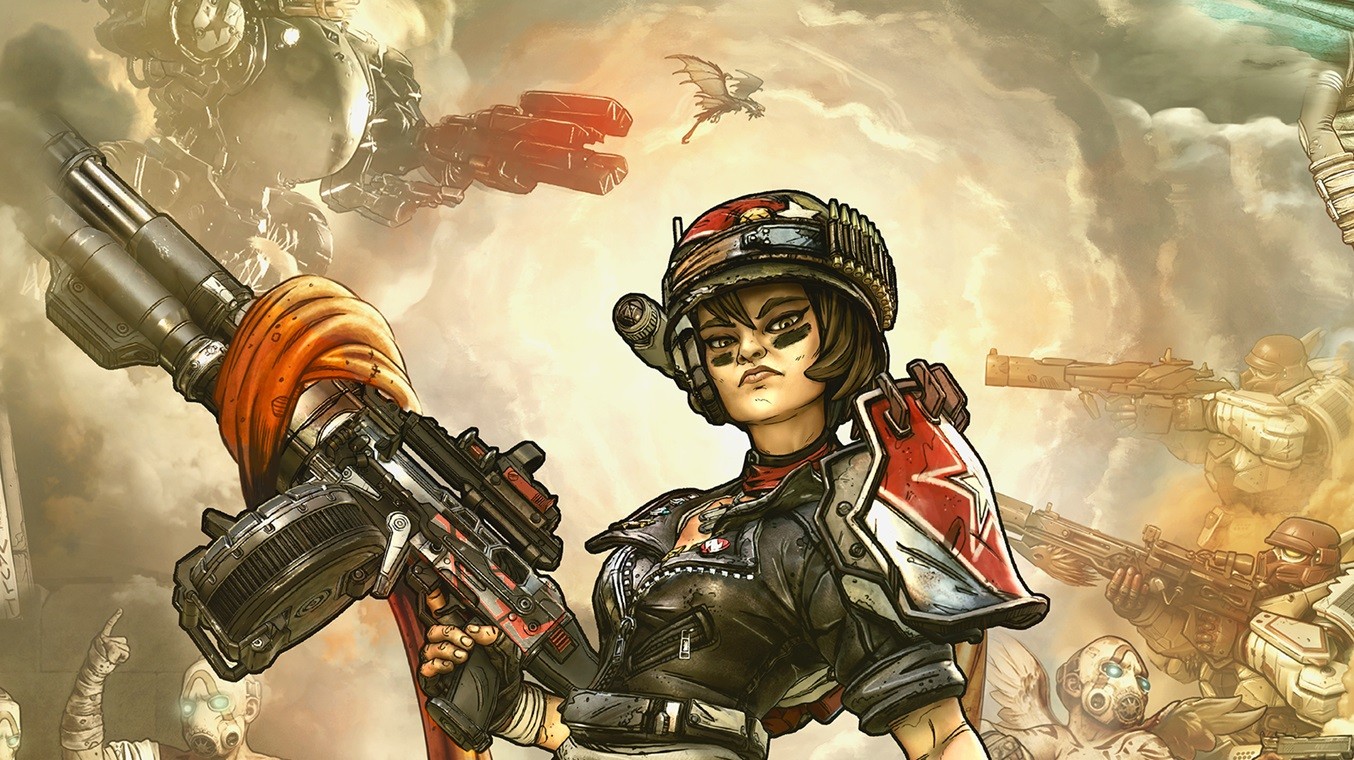 Desperate Measures is definitely a must here because it will boost your gun damage up to 50%, depending on how much health you have left. As you can guess, this is worth spending three points on.

The next two points here have to go to the Thin Red Line because it works very well with Desperate Measures. Just be sure to know what are your surroundings because it is possible to get carried away and die randomly.

The first skill worth putting five points here is called Phalanx Doctrine. Many people consider it to be one of the most broken things in Borderlands 3 right now because it increases your gun damage by 10% for every kill, which can stack up and last 30 seconds. What's more, there s no limit to the number of stacks you get and every kill also increases your max shields by 15%.

Tenacious Defence is also another amazing skill that allows you to get your shield back at 40% capacity and 30% gun damage once it's over. In addition, this skill has no cooldown, which makes it even more overpowered.

Lastly, we have a couple of more skills to round up this pretty cool build.

First, use four points into Scrappy because it improves your weapon swap and mode switch speed a lot. Once done, use one point into Rushin' Offensive which allows you to shoot while you are sprinting.

Finally, Scorching RMP's is where you want to be at because it gives 20% hit damage and 15% fire rate.