During Guardian Con, Gearbox revealed a number of additions coming to the new title, many centered around co-op play and the interaction options between players.

First on the list is a ping system similar to that found in Apex Legends, perfect for when you're playing with randoms, don't have a mic or just not in the mood to speak. Players will also be able to view friends' builds and loadouts while they're away, mail each other items and buy items from vending machines that friends previously sold.

Duelling returns to allow players face each other in free-for-all matches and level synching removes the need to grind to meet your friends' levels when playing co-op. When searching for other players to join, you can still make progress in the game as the matchmaking system finds them. Your search for players can even be customised by adding criteria like those playing a particular mode or at the same spot as you are in the campaign. 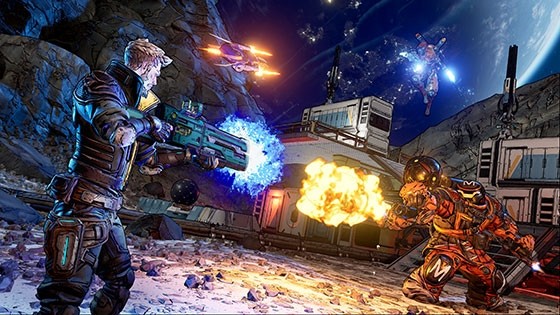 Twitch integration has rewarded players with in-game loot for just watching a stream for quite some time now, but Borderlands 3's ECHOcast takes it even further. Viewers will be able to check a streamer's loadout and skill trees, as well as spawning events in the streamer's game.

More additions include the ability to re-map controls, choose from a number of subtitles, closed captioning options and Xbox adaptive controller compatibility. The game is just packed with all sorts of new ideas that should provide players with their best Borderlands experience yet.

Why I can't get the right hero in Dota Underlords: how the pool works
Jul 08 2019 4 min read
An earthquake almost prevented Shroud from playing Apex Legends
Jul 08 2019 2 min read