Borderlands 3 is one of the most amazing first-person shooters that came out this year. You can either play alone or in a group with up to four people and have tons of fun. Currently, you can choose a character from one of the four different available classes which will allow you to do various missions and different bounties. You will get a lot of experience from them, which will increase your level. Needless to say, this is one of the most important parts of the game because you will be able to put skill points across your skill tree and each class has its very own skill tree.

Borderlands 3 adds four new playable characters - Amara, Moze, Zane and Fl4k. In addition, each character can unlock up to three different unique skills, which is also very different in comparison to the previous edition of the game.

We already covered the most important aspects of the game, so be sure to check them out if you want to have more information. That said, today we will take a look at something different - farming bosses. This is one of the hottest activities right now, so let's take a look and see how to do it properly. After all, this is the only way in which you can get your hands on some of the legendary items, at least or now.

The best bosses to farm for legendaries in Borderlands 3 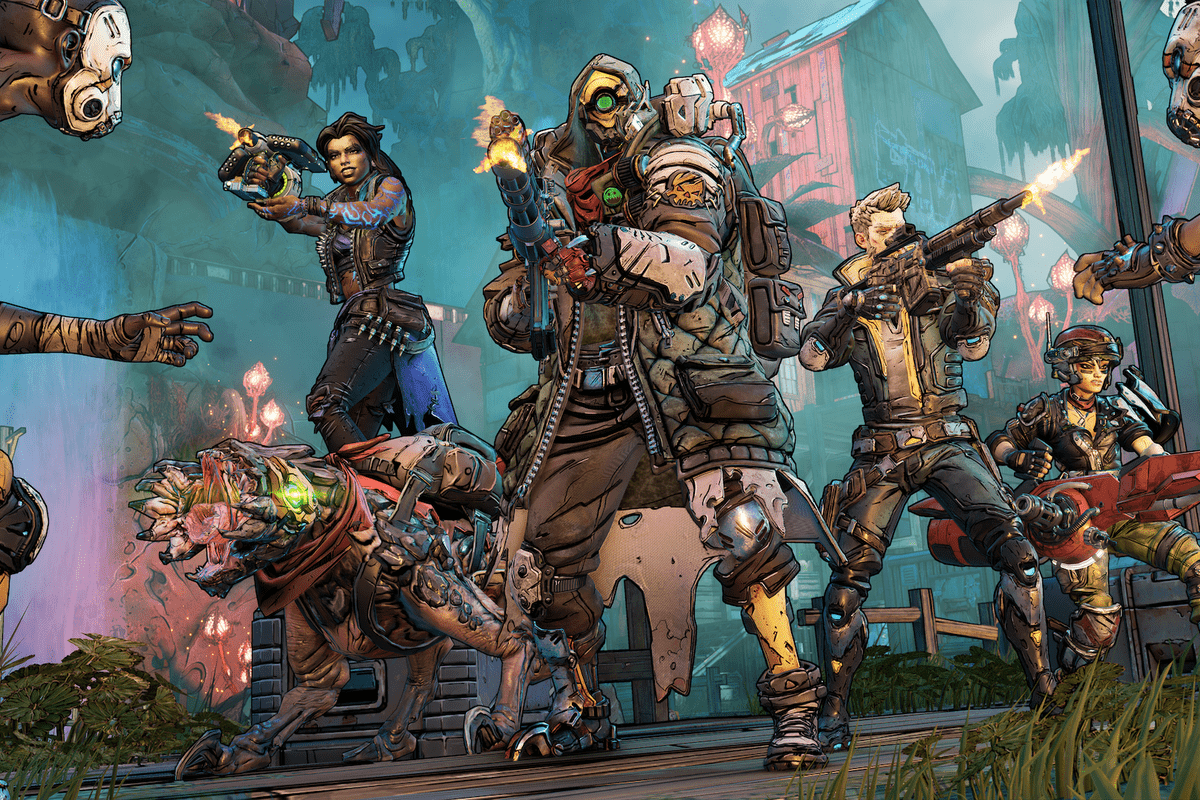 This is the first boss that's worth putting in our list. You will be able to stumble across him pretty early on - in Chapter 3:  Cult Following. Unfortunately, this is a pretty hard fight to take on, which means that you need to be prepared properly, otherwise you will die pretty fast.

For instance, you need to be constantly on the lookout from the speakers that are around you. If they start to glow in red, you need to move away from them because they will most likely explode and do tons of damage. Other than that, it's a pretty standard boss fight - move around and do damage whenever it's possible.

Similar to many bosses out there, Mouthpiece is not really going to go down if you just attack him from the front. He has a lot of damage reduction attributes which means that you need to spend a lot of time and it will not be efficient. However, if you attack him from the back, chances are that you are going to bring him down pretty easy.

Also, as we mentioned above, try moving around as much as possible in order to avoid his incoming attacks. If you manage to kill him, you will get a pretty cool Shotgun, Gatling gun or a Mindkiller.

This boss is also available in Chapter 3 but this time he is in Hostile Takeover. However, unlike some of the names on this list, he is pretty easy to deal with, so you don't need to worry that much. The only downside is that he is pretty tanky, so you will have to spend a lot of time in this fight. In fact, he has a big shield that protects him from the incoming damage. This means that you need to destroy it first before you can actually do damage.

If he starts attacking you rapidly, be sure to take cover and use all your abilities into the big red dot that will appear. When you kill him, you will be rewarded with either a cool gun or a corrosive SMG. Both of them are pretty epic.

The next boss on our list is Katagawa Ball. He can be found in Chapter 8: Space Laster-Tag and he is definitely one of the hardest bosses you can come across in Borderlands 3 right now. In fact, there are three stages in the fight here, including a Fire Element Mode, Ice, Electric and Electric Element mode. This means only one thing - you have to be damn quick in order to dodge all the incoming attacks from this beast.

Needless to say, this is going to be one long fight where you have to play hide and seek with the boss. His Ice and Electric mode will allow him to shoot a laser directly at you, which means that you always need to stay in a safe distance from him. Luckily, the arena where he is in has some stuff that you can use to cover yourself, which is pretty cool.

If you manage to defeat the beast, you will receive an SMG and a Tsunami. As you can see, the prizes are definitely worth all the hassle that you need to go through. 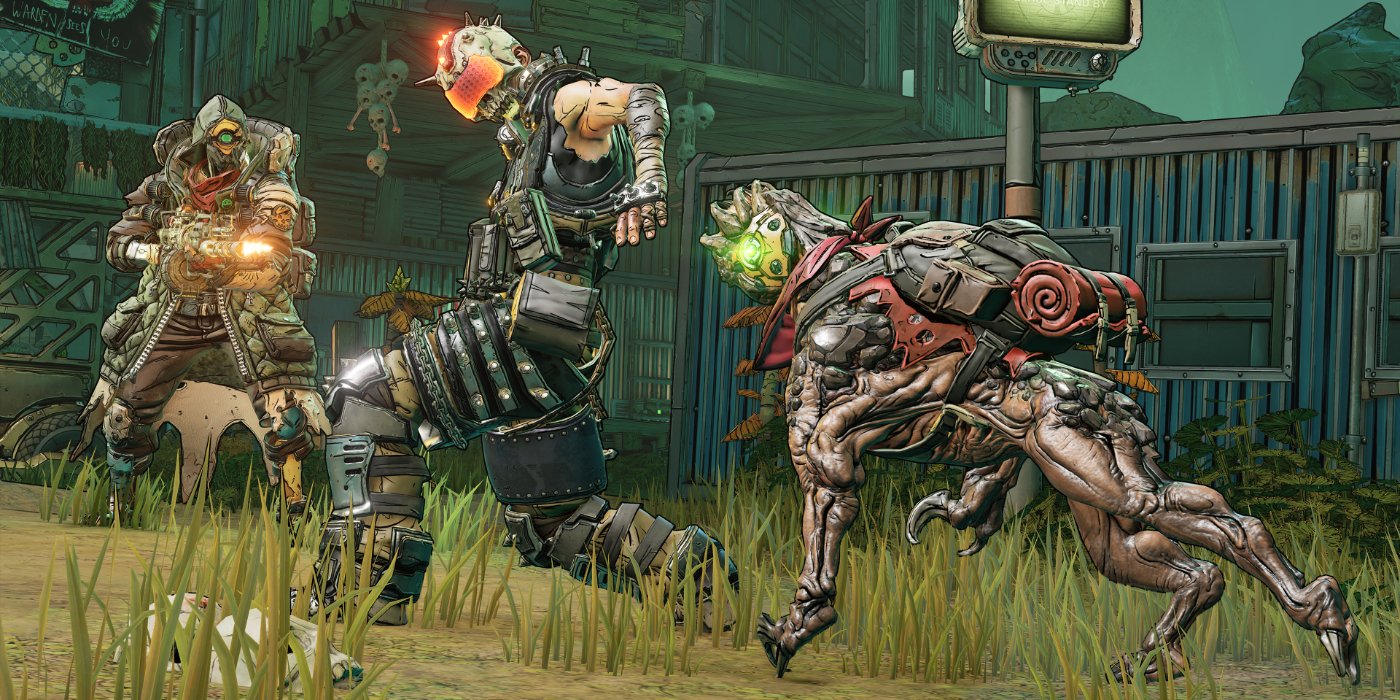 Similar to the previous boss, The Rampager can also be found in Chapter 10: Beneath the Meridian. Just when you thought that it can't get any worse than the previous boss, this one proves you wrong. This is by far the longest boss fight in the game right now because he is incredibly sturdy and needs a lot of time to be killed.

The Rampager will have a couple of different stages and each one begins once he drops 1/3 of his health. He will become more and more powerful, he will move faster and can even leap in different places, which is why it's extremely hard to actually run away from him. However, he also has his weaknesses - his mouth. Be sure to always try and aim there as it will be ten times easier to bring him down. If that's too hard to do, just move around and try to attack him from the back.

This thing repeats itself once he drops another 1/3 of his HP. Basically, every time this happens, he will become stronger and stronger. That said, if you manage to defeat him after literally an hour-long fight and before you run out of ammo (yes, it is possible to do that as well here), you will be rewarded with some of the coolest items in the game right now - a Stuffed Quadomizer with Rocket Launcher. In other words, you will be able to kick a$$.

The next boss on our list can be found in Eden 6, more specifically in the Lair of the Harpy. This is a pretty interesting place to explore so we definitely recommend you to go and check it out. That said, the actual fight against Billy The Anointed is not really the easiest thing int he world. However, if you manage to keep a safe distance from him, you should be able to survive.

That's due to the fact that this boss' attacks are related to close range. So, if you happen to stay close to him, it will be pretty much impossible to survive, regardless of how tough you think you are - he just deals too much damage.

Of course, this boss has a couple of abilities that will allow him to chase you around in order to deal damage. One of his ability allows him to basically create a ring around you that can inflict a lot of damage over time. This means that you need to get away from it as soon as possible because it will eventually kill you.

The good thing is that whenever Billy is about to move, you will see a purple flash from the back. This makes it a lot easier to keep track of.  Just remember to always stay as far away as possible and watch for the different signs that will appear on the ground. If you manage to bring him down, you will earn a Lead Sprinkler which is one of the best Assault Rifles in Borderlands 3 right now.

The penultimate boss in our guide that's worth going for is also located on Eden-6, this time on the Floating Tomb near The Graveyard. He is a lot harder to deal with in comparison to Billy but if you have the right approach, it shouldn't be that hard to survive. Just be sore to stay away from the big corrosive balls that he sends to you. Oh, and he also loves to shoot lazer beams from his head, so keep that in mind as well.

Similar to any other boss out there, this one also happens to have a weak point. In this case, the weak spot is in the form of the giant glowing yellow spots on his body which is where your attacks should be aimed at. If you hit him there, he will just be unable to survive. This is pretty much the easiest way of bringing him down.

Unfortunately, this boss also spawns a lot of minions. Even though they are not that hard to deal with, there are just so many of them that it is possible to get out of ammo. That's why always make sure to do the calculations right.

If you move around a lot and don't allow him to spit on you, you will kill him in no time. As a reward, you will get the Lyuda Sniper Rifle, which is a pretty awesome weapon to have.

Last, but definitely not least, we have Tyreen the Destroyer, one of the hardest bosses currently available in Borderlands 3. He can be found in Chapter 23: Divine Retribution and as the name suggests, he is strong AF.

Similar to other boss fights, the best thing to do here is just move as much as possible. The good thing is that her attacks are kind of slow, which buys you some time and you can just avoid it. If you want to bring her down as fast as possible, aim at her head because this turned out to be her weakest point. However, every time you do this, she will fire a laser at you, so be sure to move and shoot.

If you manage to bring her down, you will be rewarded with Queen's Call, a powerful pistol that can ricochet into missiles and can inflict tons of damage. 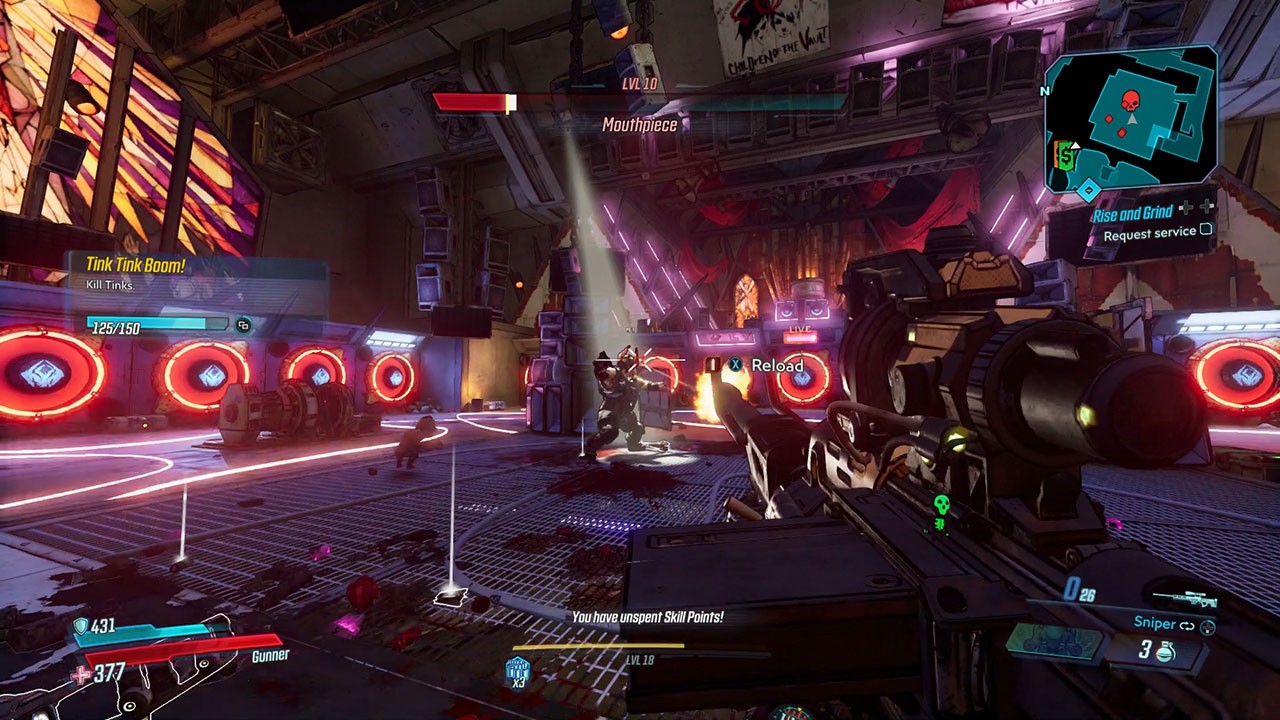 These are some of the most important bosses that you can come across in Borderlands 3 right now. Keep it in mind that there will be more bosses added soon, so be on the lookout for another guide. In the meantime, grab your friend and start hunting. Just remember, safety first!