Bloodborne is an action role-playing game that is played from a third-person perspective. There are many interesting things to do while you are navigating through the gothic world of Yharnam.

After you reach a certain level, you will be able to face bosses which have different abilities and maneuvers that make them a lot more hard to deal with compared to the ordinary enemies you've faced before. It will not be easy but if you manage to survive the boss encounters, you will be rewarded with some awesome prizes which can be used for many different things, including NPCs.

While we are at the NPC talk, there is one which is particularly strange and you can stumble on it very early on. Her name is Eileen the Crow and she is basically a hunter who is staying very close to the sewers in Central Yharnam. She is very important because you can only activate certain in-game elements such as teh Tomb of Odeon for example only after you speak to her.  In addition, there are many other things which you can use this NPC for, which makes it very special.

Let's take a look at where to find it and what can you expect once you do. 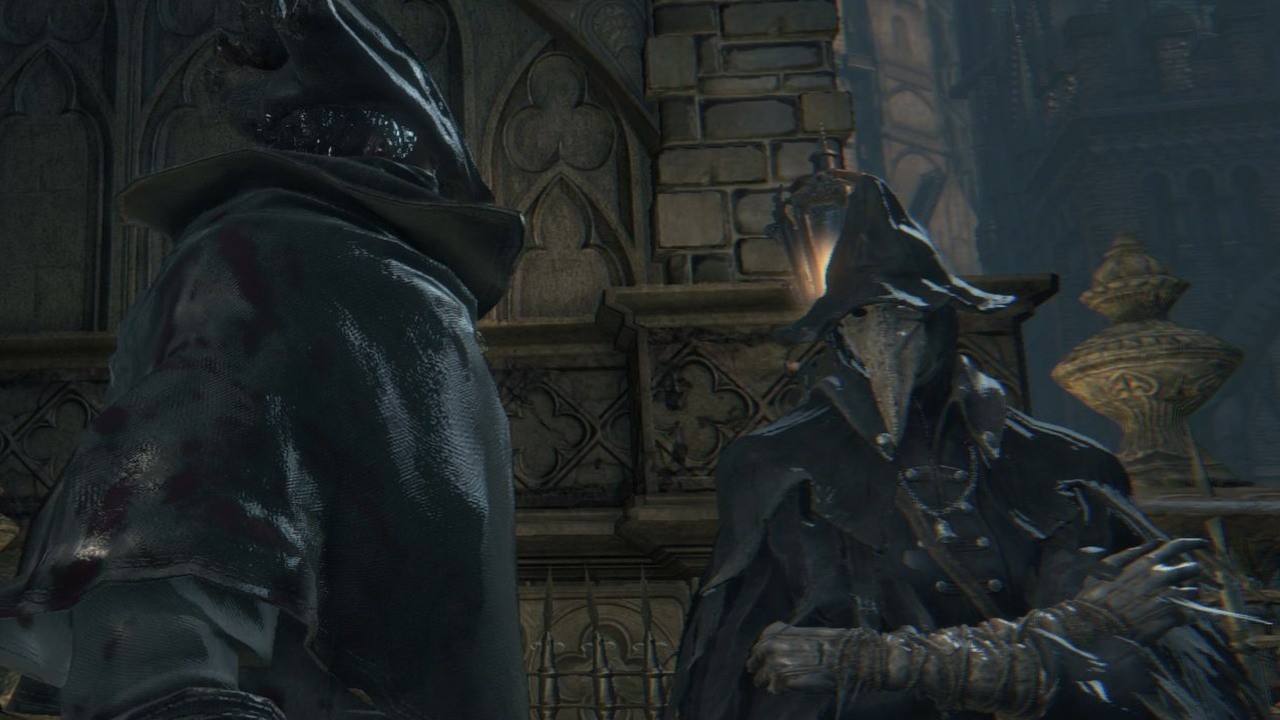 As mentioned above, you will be able to meet Eileen for the first time as soon as you enter the sewer in the central part of Yharnam. Once there, you need to find the spawn point which is a couple of meters inside. If you are having troubles be sure to talk to another NPC before you enter there because it will give you the exact location.

Anyway, once you navigate through the sewers and find the spawn point, take the left and you will have to go through a house that has a couple of dogs in cages. Even though they are locked, you might have to deal with a few so be ready for some action.

Once you are done here, you need to pass through the house and then take the right entrance. You will see a couple of barrels and coffins which are basically a gateway to a secret place. Needless to say, you need to go inside and then look for a big painting. Usually, it will be very close to the entrance so it should be that big of an issue finding it.

When you get your hands on it,  proceed to destroy it and you will discover a secret corridor which you need to follow. You will find Eileen at the very end if. In order to be rewarded for your efforts until here, you will get two bonus items which you will be able to use against enemies in the future.

Also, keep it in mind that there is a boss who roams this place so it is possible to accidentally stumble across him. Needless to say, he will not go down without a fight.

Ok, you've found her. Now what?

After your first encounter with this NPC, you will have to continue with the main story of the game. However, when you reach the Cathedral Ward, later on, you will have the chance of meeting Eileen again. She will be located next to the Oden Chapel's exit, so going there is not the easiest thing in the world. You will have to go through some obstacles such as several high-level enemies but, using the items which you got from her the first time, you should have little to no issues.

When you finally reach the place and start talking to her, don't be surprised when she only responds with "shh. Right after this, she will start explaining about the fight with Hunter Henryk. This is the moment after which you will be able to unlock the Tomb of Oedon event.

The Tomb of Oedon Location 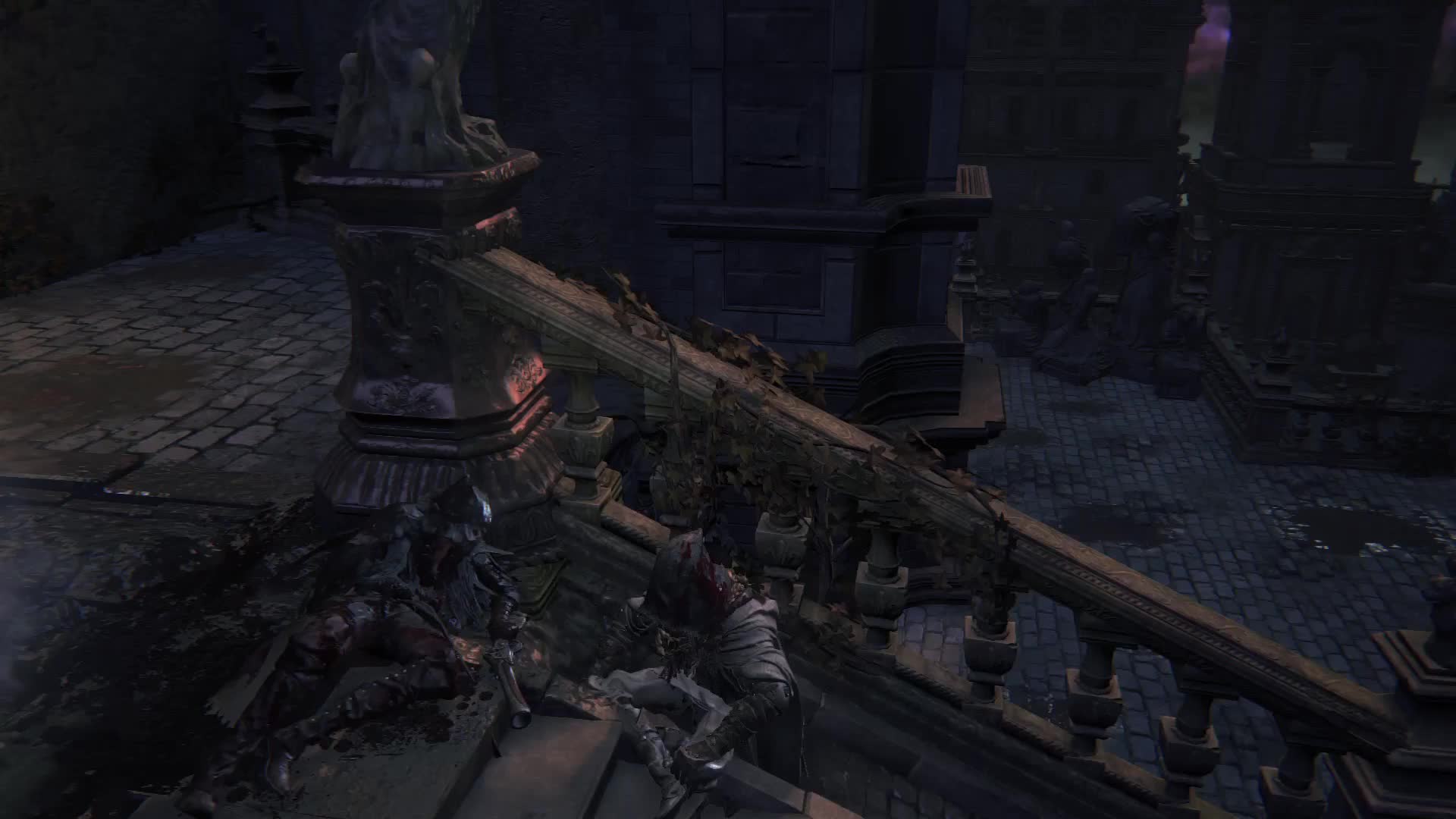 Meeting Eileen for the third time is a little bit more tricky compared to the first two. In order to do this, you will have to kill the Cleric Beast and Father Gascoigne and then go to the Cathedral Yard in Yharnam. Once there, search for a key called Hunter Chief Emblem but beware that it can be literally anywhere. Of course, if you do not want to waste any time in doing this, you can just go and get it in Hunter's Dream from a vendor there. However, it is pretty costly at 10000 Blood Echoes, so it might not be the ideal solution.

Anyway, when you get the key, unlock the central yard gate and then the big gate which is located on the other side of the yard. When both of the gates are opened, you will see Elieen on one side hunting her pray and your job will be to go there and help her.

In order to do that, you need to go into one of the opened doors and you will see a ladder that goes down. Take it and then you will find yourself in the same place where you killed Father Gascoigne.  Wait for around a minute or so until Eileen shows up and then starts helping her with her task which involves killing another hunter. He is a pretty tanky boss though, so you will definitely need her help in order to deal with him.

Regardless of what you do in this fight, story-wise, there are two possible outcomes - in the first one, Eileen dies and in the second, she does not. 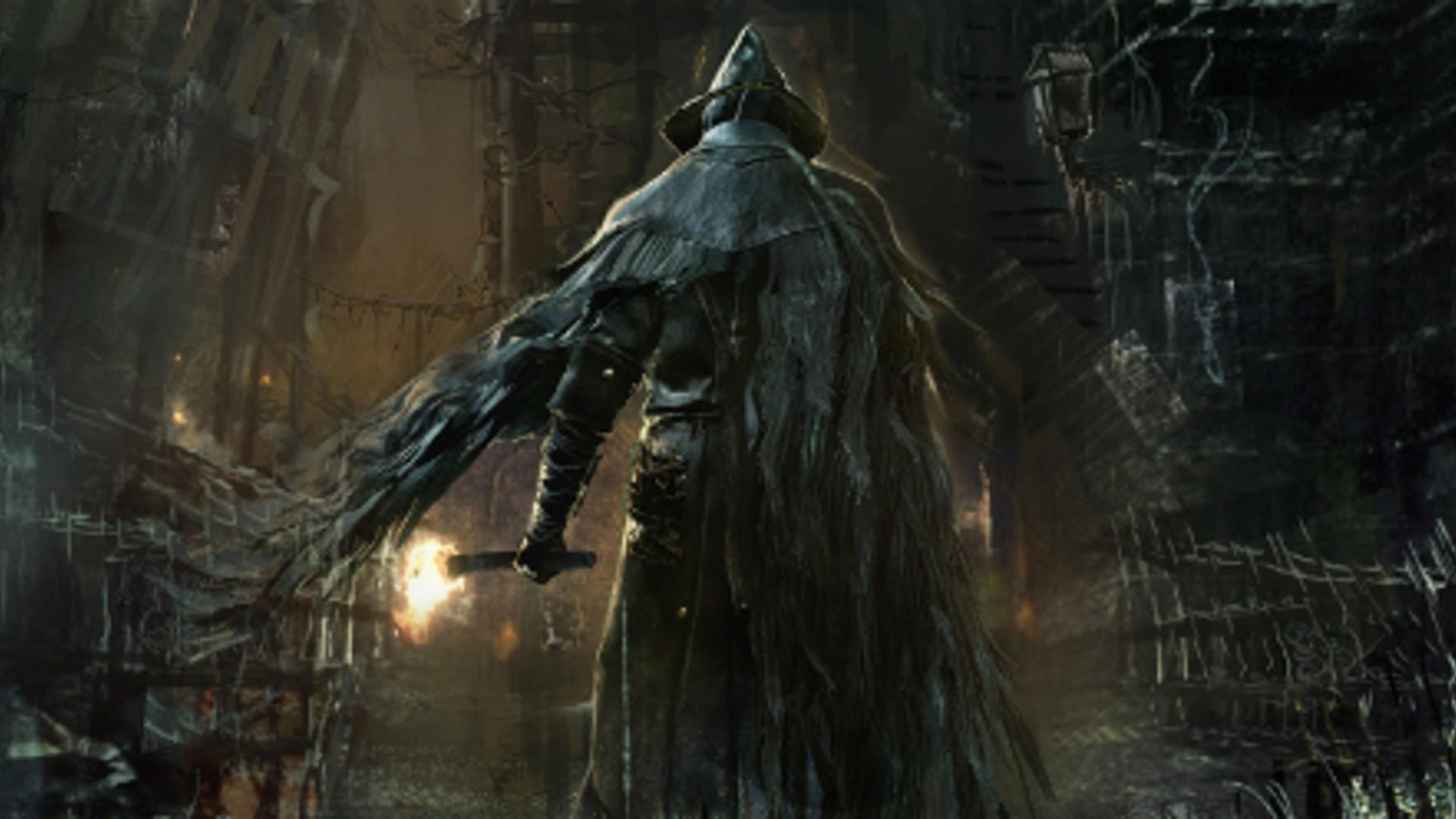 If you are reading this, this means that she is actually alive. Cool!

The next time you will be able to meet her is actually when you kill the annoying spider boss. Just after you are done there, she will be staying in the blood outside the Vicar Amelia's boss room which is in the Grand Cathedral. Go there and try to interact with her and just use all of your responses (you will basically hear how she ended up there and bla  bla.)

After you are done, you need to go inside Vicar Amelia's room and kill a very hard hunter boss. Apart from having tons of HP, he also deals a lot of damage. This is definitely a fight that you should take seriously because it is possible that he will kill you as well. However, if you play your cards right, it is doable. There are many tactics which you can use here, including the "run-and-hide" one so it is up to you to decide.

As soon as you kill him, you will be able to get a Blood Rapture rune. Grab it and go outside again in order to talk to Eileen. After finding out that you killed the hunter, she will give you another reward which is the Crow Hunter Badge as well as a very special Hunter Rune - "the Oath rune". This one gives you faster stamina recovery and a little bit of damage, which makes it very useful in certain scenarios.

When you get all of those prizes, simply try to walk away and go to the city center, after which you will be free. It is important to remember that if you missed any of the previous times where you supposed it meet her, she will be hostile and the only way of you getting your hands on the prizes mentioned above is to kill her.