The ranks of the Esports Integrity Commission have begun to swell as BLAST Pro Series becomes its newest member.

The Counter-Strike: Global Offensive tournament circuit owned by RFRSH Entertainment has already updated its terms and conditions with ESIC's Integrity Programme. Anti-doping tests will also now be carried out at all BLAST Pro Series' major events. 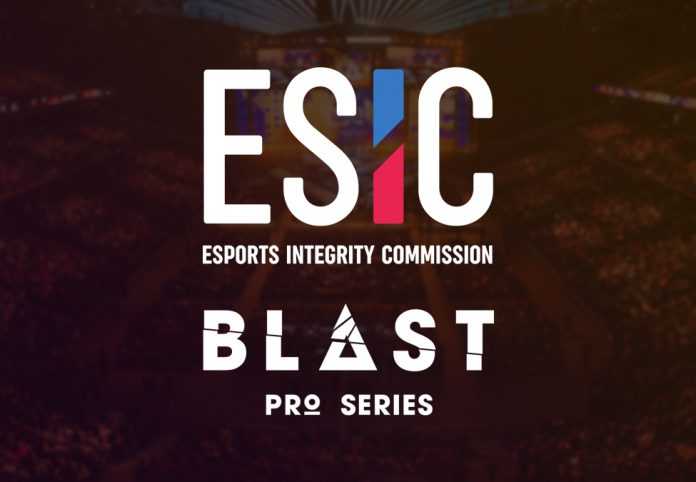 BLAST Pro Series vice-president of Development & Executive Relations, Jordi Roig commented on their new membership: "We are happy to be a part of ESIC’s Integrity Programme and look forward to continue working with ESIC and other entities in the field developing a more stable and structured global Counter-Strike scene. BLAST is all about creating the most, entertaining, competitive and fair environment for all parties involved and being a member of ESIC supports this mission."

"We like to see BLAST tournaments as cut-throat competition and all teams involved in BLAST therefore need to be able to compete on the same, fair terms in their attempt to win the trophies. Meaning equal rules and sanctions need to apply," he added.

Commissioner of Esports Integrity Commission, Ian Smith also made a statement: "We have been working with BLAST for nearly a year to ensure competitive integrity and a clear regulatory framework for their innovative CS:GO events and I am very pleased to formally welcome them into ESIC membership. From day one they were committed to the highest standards of regulation and the adoption of our Anti-Corruption Code from the very first tournament was an honour for us and a signal of their intent."

Only a week ago, esports bookmaker LOOT.BET joined the ESIC as an anti-corruption supporter. They now provide internal data which will be used to initiate and conduct investigations. Other tournament organisers that have joined the non-profit organisation include DreamHack, ESL, Estars Studios, LVP and NODWIN Gaming.

BLAST Pro Series' membership is a good sign that more industry stakeholders agree with ESIC's goals and are willing to put in the work to make sure they achieve them.