The day we have been waiting for so long has finally come. Not only did the current Natus Vincere squad performed at Reshuffle Madness, but Dota veterans faced an irreconcilable derby at Betway Midas Mode 2.0. NAVI TI1 vs Alliance TI3. A sign worthy of high-profile media headlines. Well, we had the pleasure of watching this live. Catch some useful links and let's recall how it was! 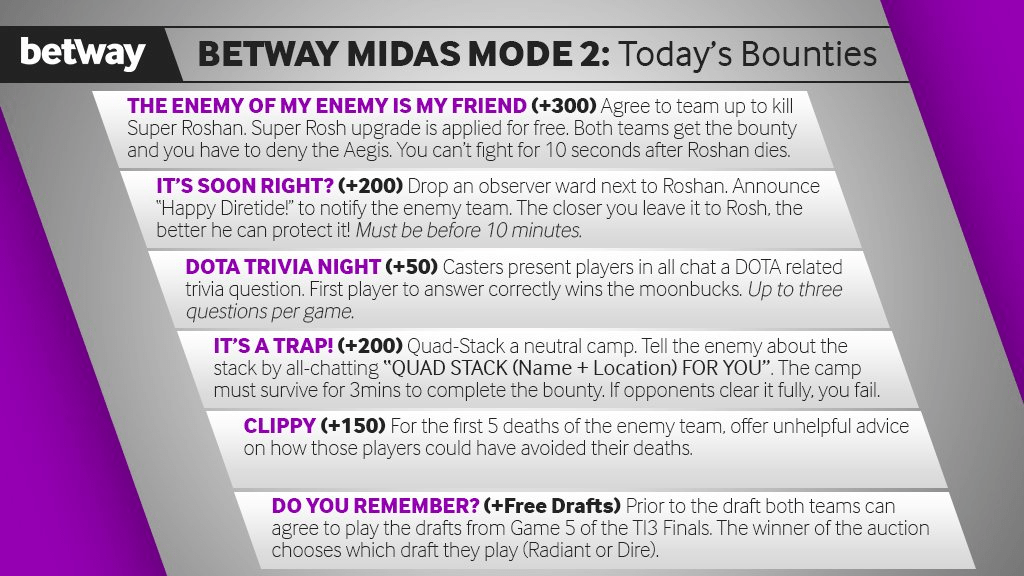 The teams forgot about the fact that the tournament still is a show, having begun to seriously beat each other's faces. Dendi was kicking it on Broodmother, Sashka XBOCT did MLG arrows Mirana, Puppey sweated on Treant Protector. But all NAVI's tries came to nothing because Chessie's Medusa was too good and Alliance have won the first map. On the second map, the Born to Win continued to suffer and after 25 minutes of fierce fights, Clement wrote GG. Alas...

The Catburgers once again just wanted to have fun (as it should be at Midas Mode), they were leading both map for a long time, but in the end, nevertheless, lost to the more serious opponent.

The third game started and ended very quickly because there were five Betway Midas Mode 2.0 talents playing instead of Beastcoast: Kyle, Purge, Sheepsticked, Gareth and ODPixel. Watching the commentators got beaten was fun. In the first five minutes.

Some fun stuff over here

A dog and a man