Aymeric Magne from Disneyland Paris: Competition is a part of the show

Aymeric Magne from Disneyland Paris: Competition is a part of the show ⚡⚡⚡ Esports and gaming news, analytics, reviews on WePlay! The latest news on WePlay!

We had an opportunity to talk to Aymeric Magne, a key organizer of MDL Disneyland Paris Major that was taking place from May 4 till 12. We discussed ways to improve the overall event experience for the audience while organizing an esports competition.

Aymeric Magne is the Global Events Director at Disneyland® Paris, he has 15 years of experience in organising sports and entertainment events. He is a passionate and creative person with a business focus. Can you describe the best events you organised or were a part of?

— In terms of the latest events, we organised runDisney for the families. When we are hosting an event, our idea is to create new experiences for our guests at Disneyland® Paris. So it's fully immersive. For example, runDisney is a different run from 5K or the half marathon, plus kids’ races.

And what is very different in this run is that you have meet and greet with all the different characters of the Disney world throughout the run. It's the slowest run in the world (laughing) because everybody is stopping to see the characters. This is fun.

We also have organised an electronic music festival. And it's not only a festival because it's a vast experience. We had a 3D event inside the Park, where the attractions are open, and the best DJs coming to make some music inside the Park. That way people can enjoy the music, but also can enjoy the attractions, and in some of our events meet and greet with some of the characters, etc. If we happened to travel to MDL Disneyland Paris Major from another city or another country, what would we get there besides Dota 2?

The idea of making esports — and this particular event — was also to create an immersive experience. So, you're coming to a destination — Disneyland® Paris. You'll be a part of the full experience of the Park. You can come to the venue to enjoy the games. On the stream we've tried to push different music, some animation about Disney.

And on top of that, you have access to the various Parks, Disney Village, and also you can stay in Disney Hotel. You're in the Disney World. So, it's totally different from going to a typical arena. You're free to experience Disney and Dota 2 at the same time.

Can you describe how different it is to organise sports events from esports?

There are some similarities in the organisation and operation. The main difference is, in my opinion, the technical part. Esports demand enormous investment in technology and the internet. And also the time of the event is longer, which means you have, for example, 14 hours of competition per day. In sports it's like 2 or 3, or a maximum of 4 hours. It has totally different dynamics. These are the two main differences: technology and timing of the event. And also you have the public, which is a little bit different. We've heard a lot of talk about esports in the Olympic Games. Do you have an opinion on the issue?

It's a very specific issue. I think esports is really similar to sports in some ways, but I would say that it's totally IOC's (Comité International Olympique) decision to go into esports or not. Every esports entity needs to adapt to others. So, IOC needs to evaluate a lot, and they're doing it. Esports needs to be adapted to the IOC requirements. It will take time, but it's something that could happen in the future.

Most esports fans like to stay at home and watch streams online rather than going to the venue. As someone who hosted both sports and esports events, do you see the difference in the audience?

Yes, the audience is different. But honestly speaking there is an enormous difference between watching the stream and live experience. And really, coming to an event is amazing. You'll never forget about going there. Specifically, when the event is focusing on the guests, what will stay in their memory, what they will share with the others around them.

You can hear a lot of noise next to me [the audience in the background was screaming — WePlay!]. Look at that, just right now! It's a community all together celebrating the lovely competition.

We have a lot of immersion in the games, around all the Disney animation in a nice place. So, it's totally different.

Streaming is important, but you'll have totally different emotions from going to an event. You can do both, but you cannot replace the live experience. It's like when you're going to a concert. You can watch a performance on Youtube, but when you're at the venue the emotions are totally different. And for esports it's the same. There is a lot of passion, and we feel that, and it's very exciting. What do you think would encourage people to visit LANs more often?

I think the organisers need to think about the guests. In Disney, we're always trying to fit with the guests' needs and expectations. We want to do more: to create some magic and emotion. If you don't create these emotions around an event, I would say, I understand why do people stay at home to watch a stream.

If you compare to what they get at an arena, and what we're doing at Disney - it's totally different. We're not selling a ticket to a venue, we're offering both - destination and experience. And this is the way that people get out of the house to come to an event. And this is, I think, the way that the public will love. 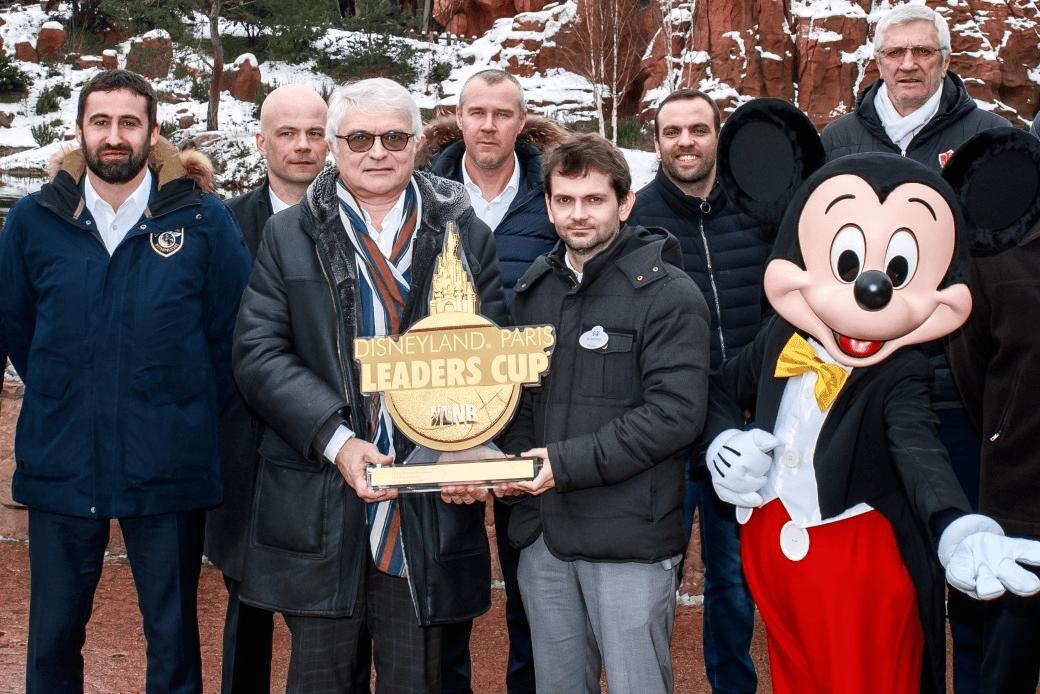 So, it's up to the organiser to think about the audience and guests and to offer them an experience, which is better here than in their house. I prefer to have fewer people all very happy than having twenty thousand to fulfil an arena that at the end of the day, just came for a competition.

We're not only here for a competition. Competition is a part of the show. We have a different mindset, and this is the objective of MDL to become a reference in terms of entertainment for esports.