Assassin's Creed Syndicate is an action-adventure game that is played from a third-person perspective. It features many similar elements like the previous Assassin's Creed titles. Apart from completing various quests in order to proceed through the main story, there are many other things to do in this open-world game.

It has many amazing locations to visit but probably the most prominent one is Victorian London which is consisted of seven boroughs. This makes the world of this AC is a lot larger compared to the previous series of the game.

There are many astonishing places where you can go while you are questing in London. This city is full of secrets which all have different objectives and prices. However, the end reward makes all the efforts worthwhile. After all, you will be able to get the Aegis Outfit which is one of the coolest things to have in Assassin's Creed Syndicate.

The first secret will be given immediately after you enter the Reuge's  Vault. It is found on the west side of the City of London borough. Let's take a look at the different locations where you will be able to find the secrets of London.

Tips and Tricks before we start

It is important to remember that whenever you get closer to any of the secrets in the city, you will hear special music. Be sure to follow it because it will guide you to the exact location of the secret. This means that it is a good idea to leave your music playing so that you don't miss out on this opportunity.

Another good tip is to try and use the Eagle Vision. It will help you to spot some of the secret places in the city. However, it is worth pointing out that this works only when you are close to them, so if you can't see anything this means that you re just not close to any secret.

It is advisable to use the Rope Launcher more rather than using fast travel. This might seem a bit strange but in fact, unless your PC is very, very good, the loading screens will literally take forever, so it's better to just walk there. 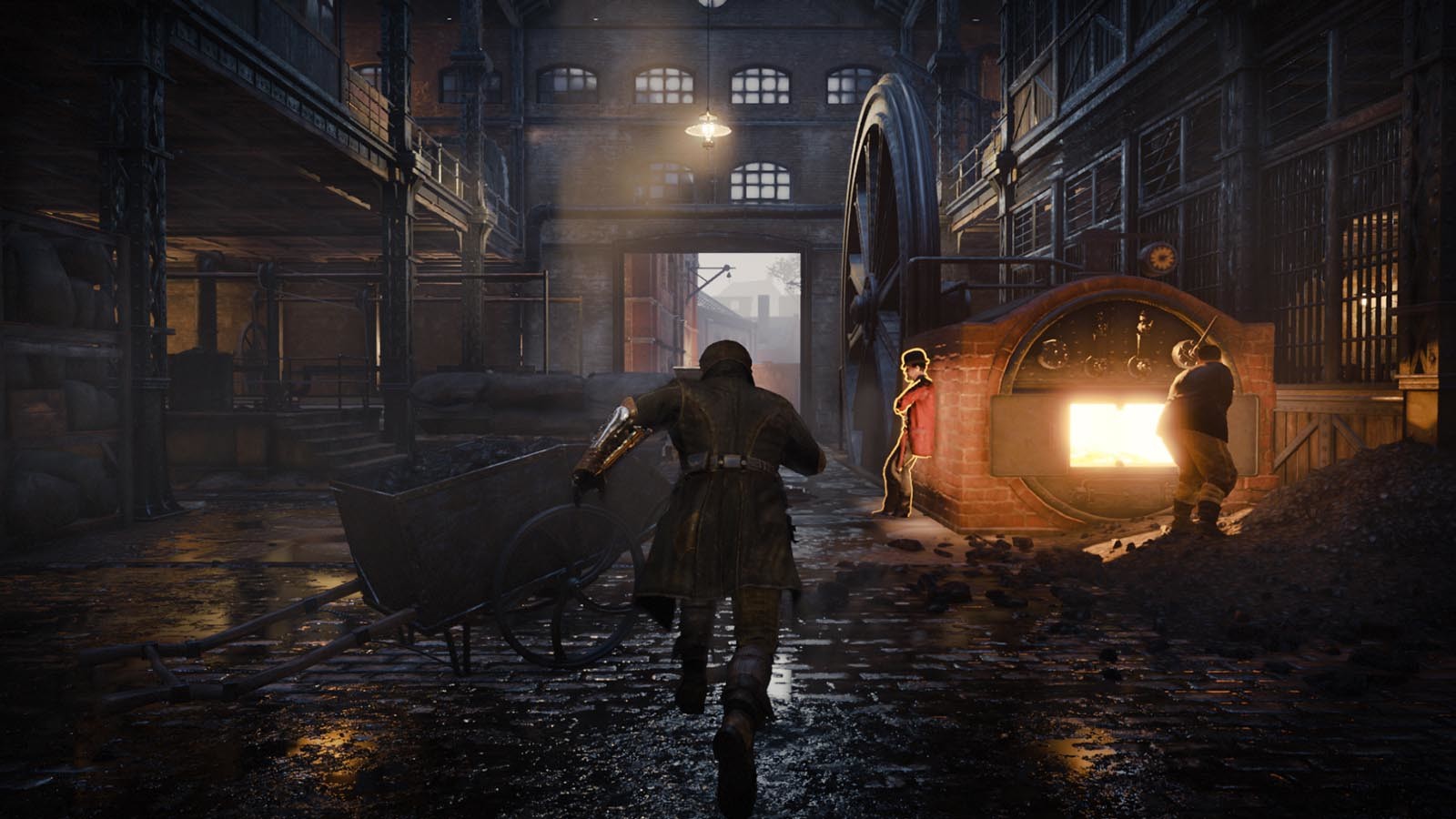 The first secret here is located in the western part of the town. In fact, it is very close to Buckingham Palace, so once you get there, you will be able to see it. Upon arriving, head to  St.James' park which is near the border with The Strand. From there, go to the north of the park and look next to the cottage.

The second secret is located in the City of London area, which is all the way to the east. This means that you have to travel a bit until you get there but be sure not to use fast travel due to the insanely long loading screens.

As soon as you get there, find a building which has the Bbort's Cocoa sign on it. It will be located on a square with a monument. From there, look for the music box which will be on a small chair in front of the building slightly to the southeast of the statue.

This secret is very interesting because it is located on a boat in the Thames. In order to go there, you must go to the southern part of the river next to the House of Parliament. You should be very careful because there will be some people who might want you dead, so you could potentially engage in a fight. But hey, you are an assassin so who cares?

If you manage to go through, look for an anchored steamboat in the middle of the river and once you find it, go there and search the captain's cabin. The box will be there on the bed. 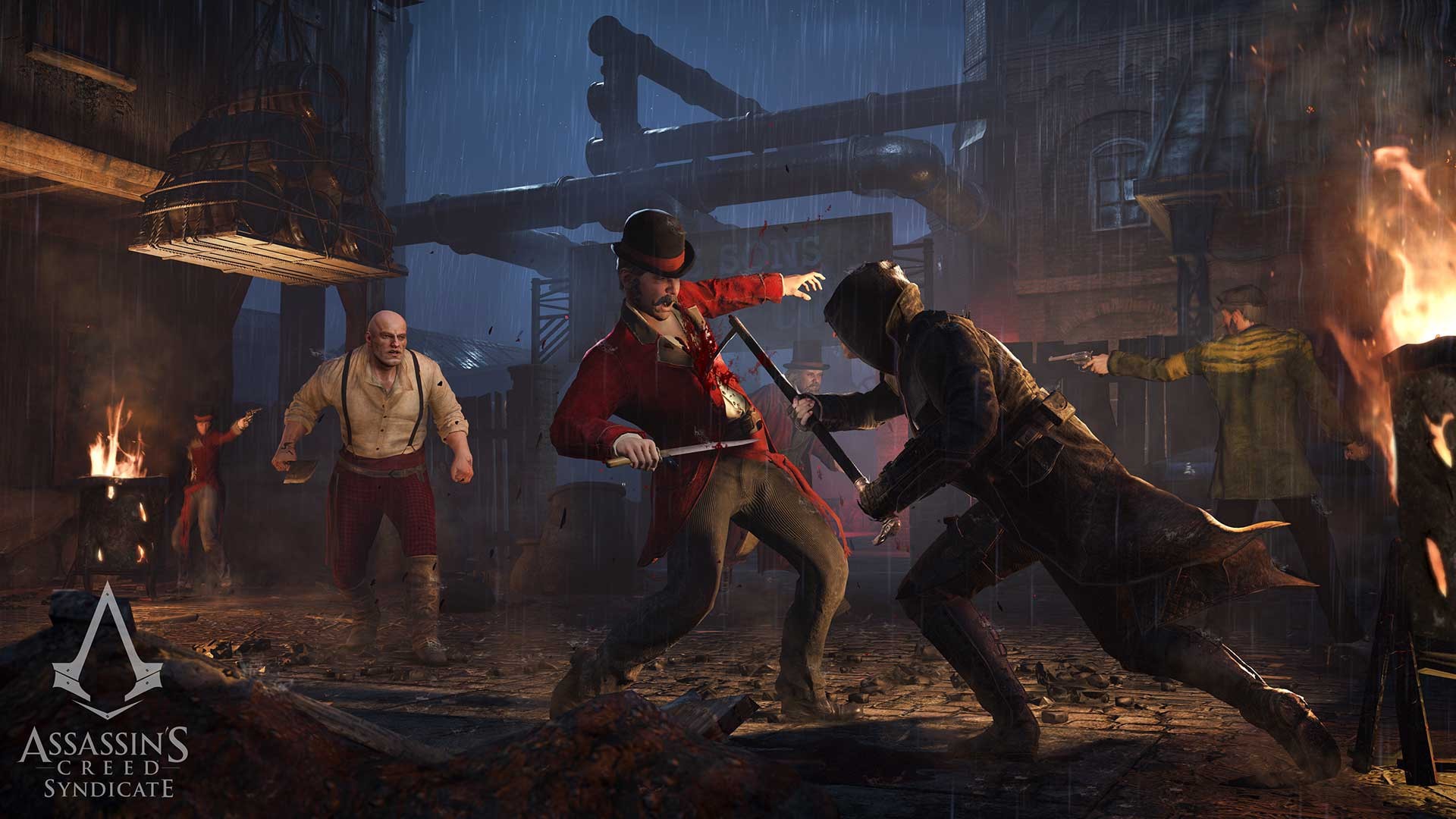 The next secret is in the Westminster Area which is again very close to Buckingham Palance. However, when you get there, you need to look for a crate in the trees in the southwestern corner of St. James’ park. Once you find it, keep looking around until you find the box.

The fifth secret is located in the eastern part of Lambeth. In fact, it is just across the street from the Asylum there. Similar to the third location, be careful because there could be people who want to kill you. They are no that many of them but they can still be a challenge.

When you go to the building, be sure to check the roof and you will find what you came for.

The next secret is in a very cool place - in the southwestern corner of Lambeth, very close to the river there. When you navigate to the place, start looking for a coil of rope next to the house. It could be a bit tricky to find but you will manage to grab it in the end. 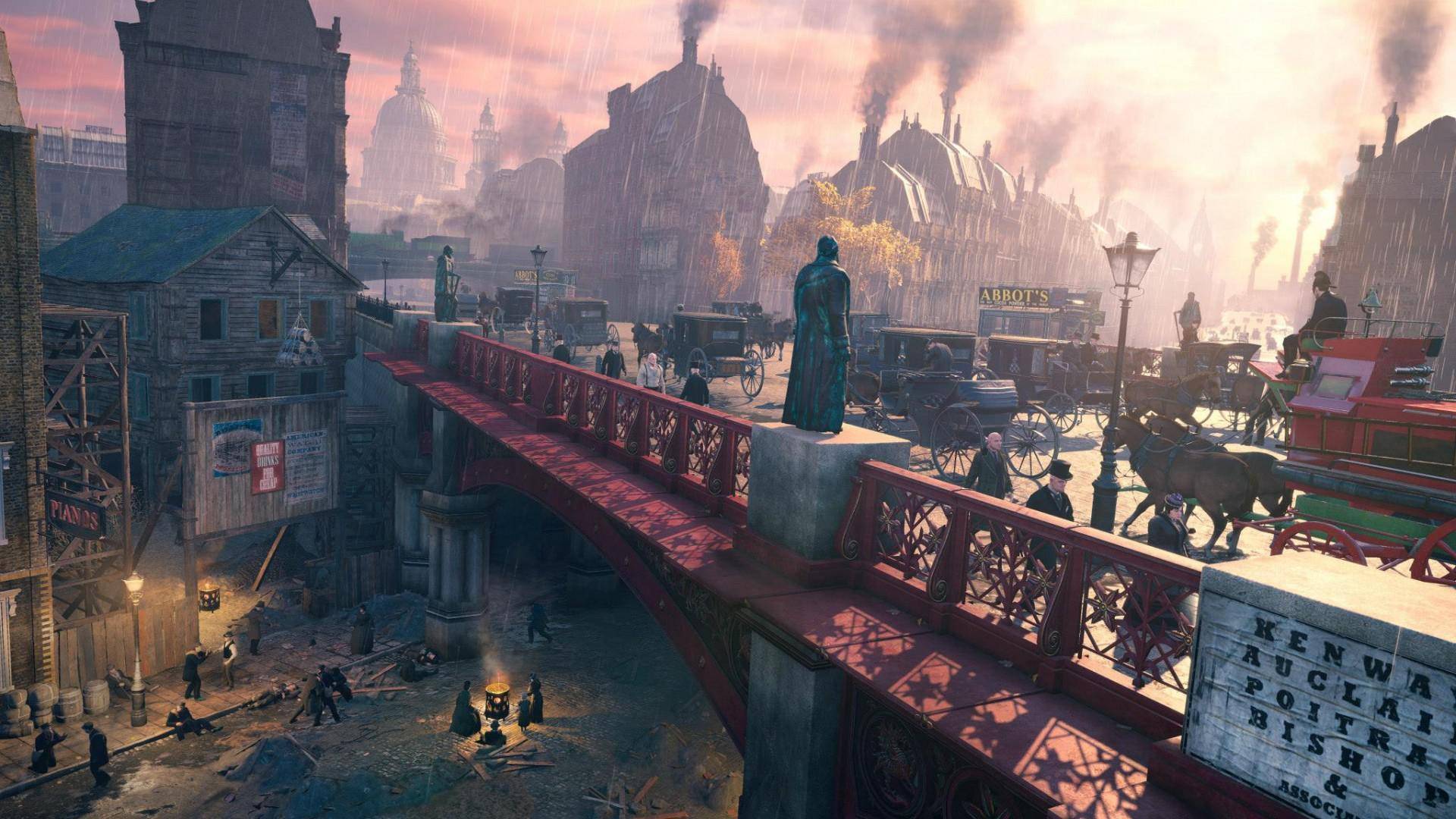 The number seven on your list is located in the Strand borough. However, getting there might be a little bit harder than it looks, so be sure to check a couple of videos before you actually go there.

This place is located in the northwestern part of the zone where there is a gazebo with musicians playing on their instruments. Once you go there, try finding a big and long gray building and go inside to search for the box.

Similar to the previous one, this secret is located in the Lamberth which is in the northeastern corner. When you arrive, look on top of the factory near the chimney. This place will serve as a viewpoint, which is perfect to find what you are searching for. What's more, you will also have a pretty spectacular view.

This secret is very cool because it is located in one of the most fashionable places in London - the western part of Southwark, west of the Waterloo Station. When you go there, be sure to search for a big barrel close to the river. Upon finding it, look inside and you will find the thing. 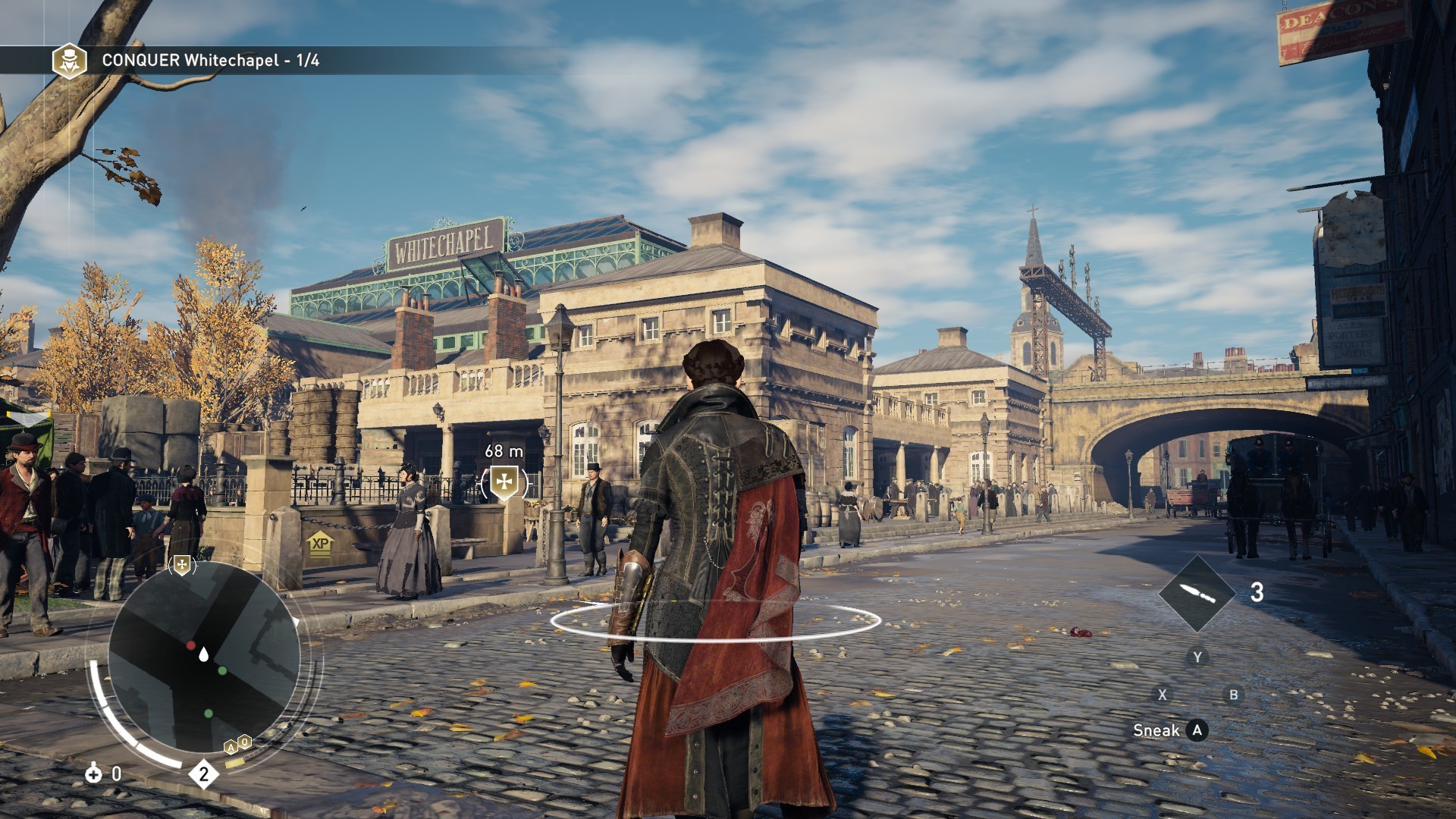 This secret is in the middle of The Strand and it's definitely a very neat one. It, it is located on the roof of the National Gallery on a small terrace. When you get there, be careful not to actually jump down because the distance is pretty high and it will most likely result in death. If you manage to "survive" though, look for a small table with books on it.

Next, we have a special secret located in the western part of the City of London borough. Upon arriving at the destination, be sure to check the square which is surrounded by the tall building, north from the Paddington Station. Listen carefully to the music and where it is coming from because it can get pretty hard actually find the right place.

The twelfth one is in the Southwark, one of the most refreshing places in Assassin's Creed Syndicate. As soon as you go there, be sure to go to the roof of the building located in the northeast of Waterloo Station right next to the track. Look for a small crate and the box will be there.

This secret is located in the Westminister which is right next to the House of Parliament.  It will be on one of the benches in the small park.

This is, by far, one of the most interesting secrets to look for because it is located on a boat in the river. As you can image, going there is definitely easier said than done because there are a lot of obstacles on your way to it.

When you find your way to it, be sure to look check the east side of the boat first because there might be a passenger who you'll have to fight. Other than that, the music box itself will be on the roof, so you should not have that many troubles finding it. 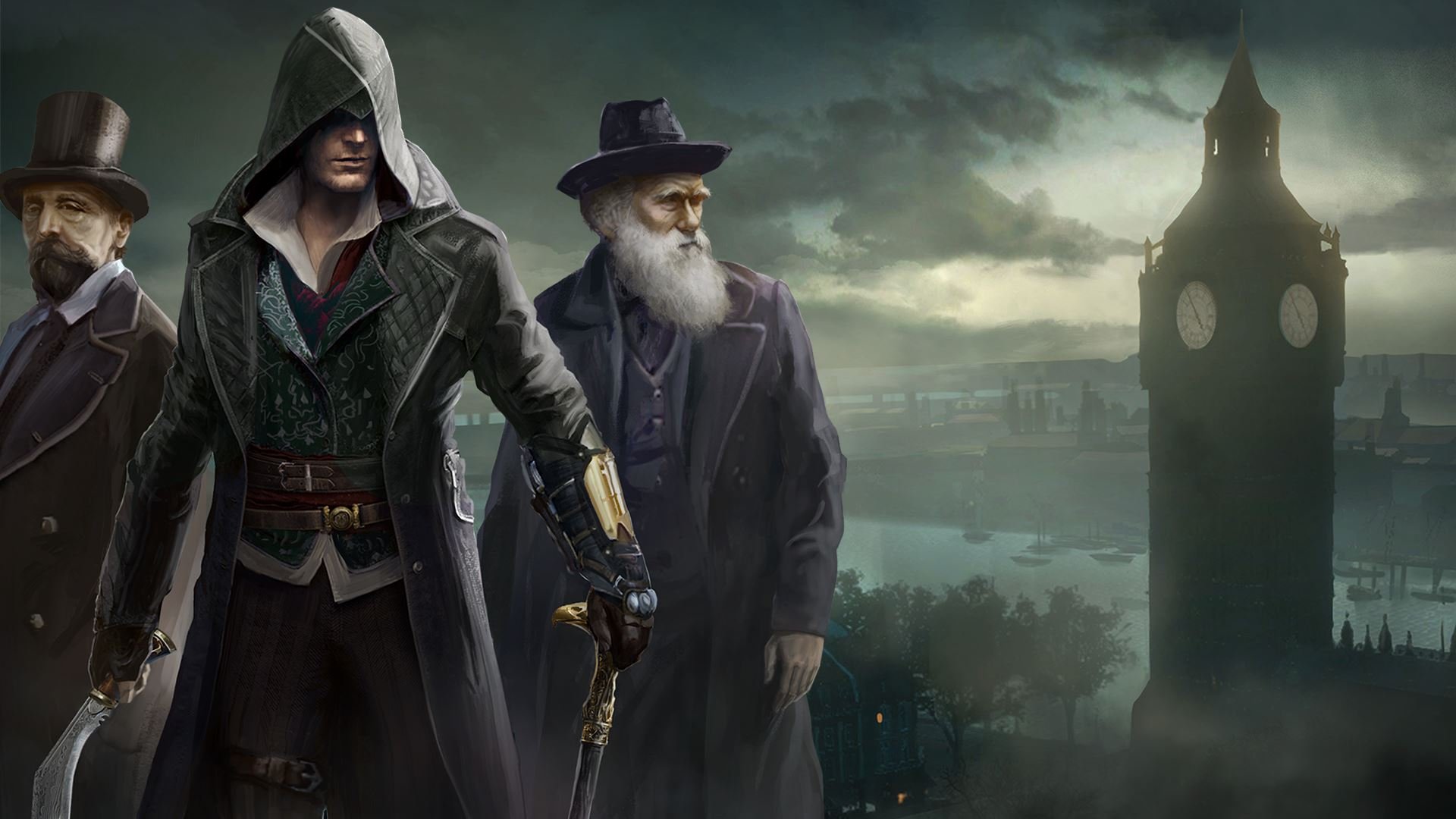 Again, located in one of the Thames Zone, which means that you need to be careful about how you go there. When you manage to end up in this location, look for a bench on London Bridge which is in the eastern part of the area.

This Secret is located in the northern part of Whitechapel. However, getting there might be a little bit tricky because you need to go down to the railroad tracks and then try finding a very big shelter. If you succeed, look next to it and you will find the music box there.

This secret is in the very center of the City of London. Notwithstanding, when you go there, be sure to find the park because there will be a gazebo in it. Again, beware from roaming enemies but if you have a smoke grenade, it should be ok.

The eighteen secret is a very interesting music box which is located in the middle of Southwark. Yet, it is very hard to actually get there because you need to travel a lot and it also involves using fast travel as well as other means of transport. If you manage to go there, head to the south from the central viewpoint and then just follow the big railroad there.

After a brief period of time, you will see some crossroads. Remember that you don't need to actually choose any road there but instead, look for a wooden platform on the ground there. When you find it, proceed breaking it and you will find the prize there. 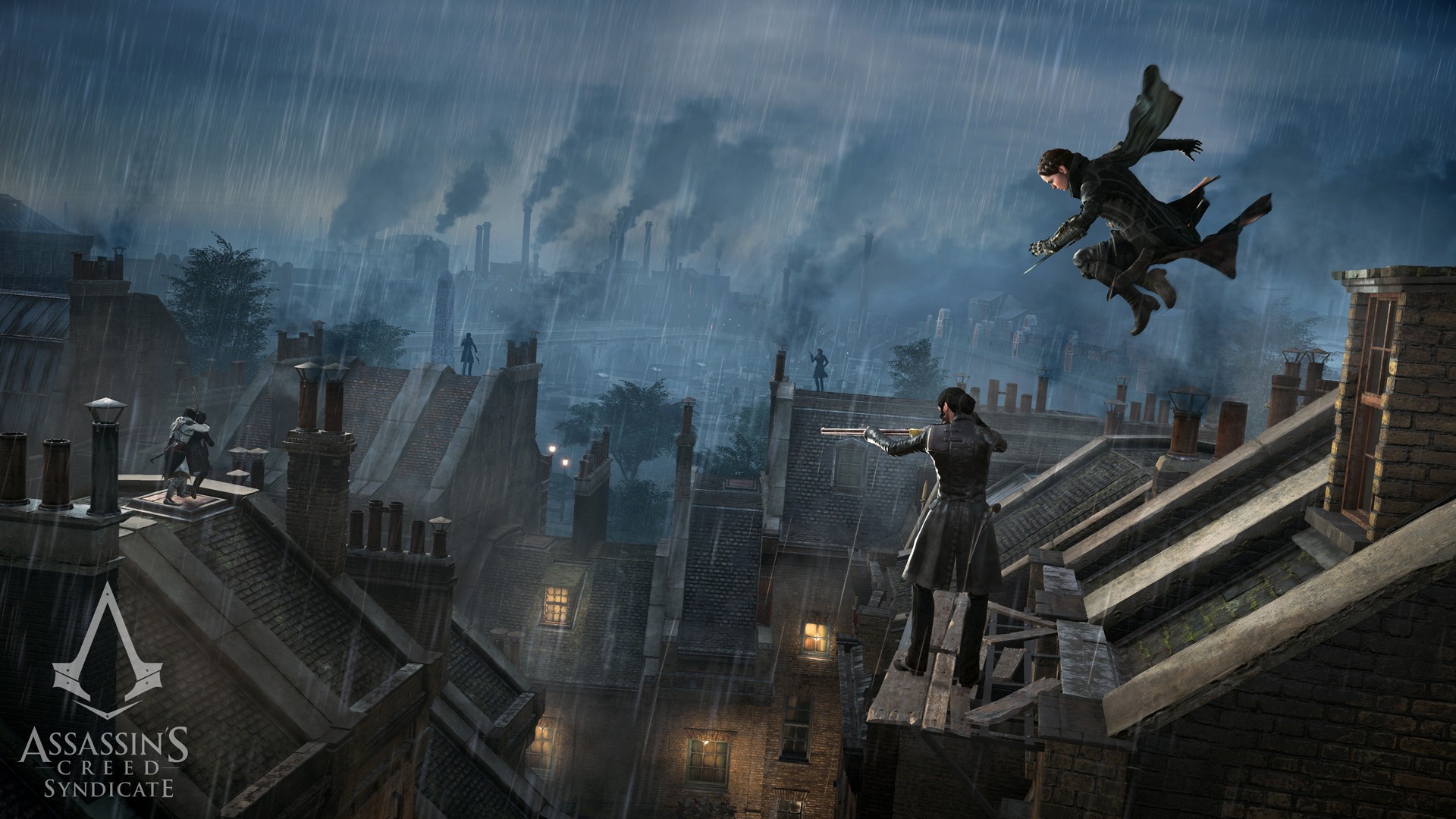 The last secret in London is located in the Westminister area, very close to the park that is located on the north side of Buckingham Palace. When you arrive there, you need to search a bit because the music box will be located on a tree stump.

As you can imagine, there will be plenty of threes there which means that you will have to check each one out before finding the reward.