Assassin's Creed Origins is an action-adventure video game which got published in 2017 and quickly became one of the most popular games of the year. The game itself is set in Ancient Egypt near the end of the Ptolemaic period. Having said that, similar to other AC games, there are tons of stuff for you to do. Apart from just roaming around and exploring the world, Assassin's Creed: Origins has a lot of side quests. Even though all of them are very interesting, the Taste of Her Sting side quest, in particular, is one of the most common ones you will meet along your way. At first, it does not seem that hard but due to the strange nature of the four ritual sites you need to track down, this quest might definitely take a while before you complete it.

Despite the fact that this quest is very time consuming and hard, the rewards for it make everything worthwhile. You will earn a massive amount of experience and rare gear, which will make your life a lot easier later on. Having said that, in order to do this quest as fast as possible, you need to know the exact locations of the ritual sites.  It is important to note that you don't need to follow the exact order mentioned here, which is also a big plus.

What is it about?

The quest itself is basically a murder investigation. Apart from finding the four ritualistic murders, you need to search the kill sites for clues and then find the person who is responsible for this. Let's take a look at the locations of each ritual.

In order to get to the first Ritual Site, you will need to travel a bit to the north and reach the Kanopos Nome. Once you get there, you need to try and find a Shrine of Serapis which will be located on a large island near the border with the Great Green Sea. As soon as you find it, go there and find a cave. Inside it, you will see the first ritual site spread around.

It is also important to know that there could be a lot of crocodiles and other animals there, which means that you need to be prepared for some action as well. 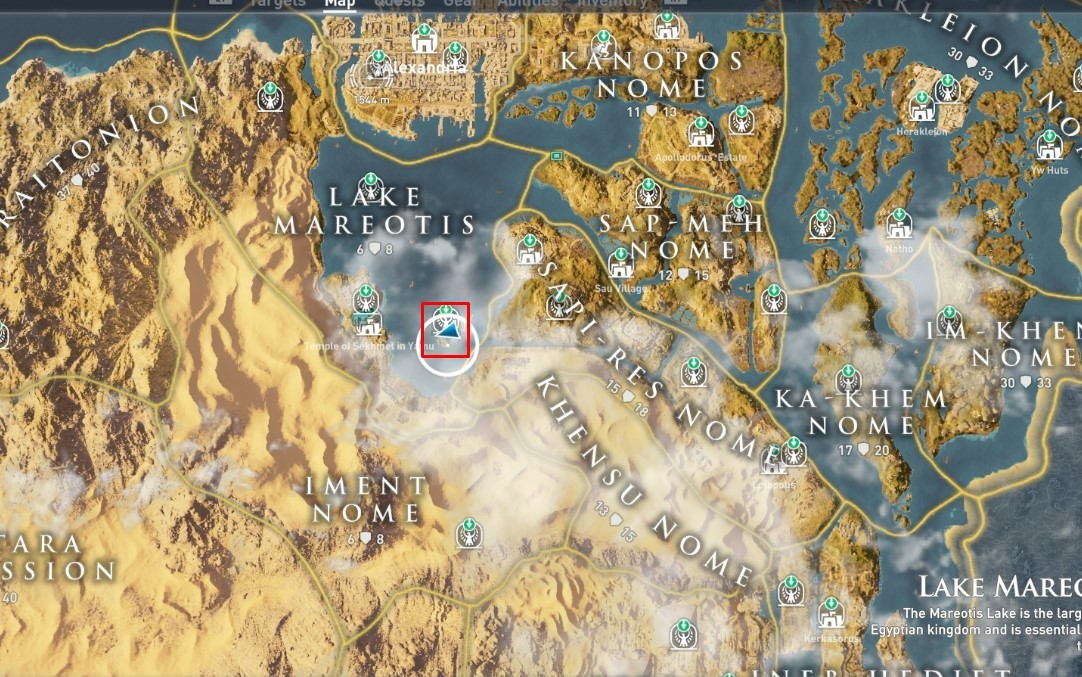 The second site is located near the center of Lake Mareotis on an island located very close to the temple of Sekhmet in Yamu. It is very like that you will stumble on this location first because there are just a lot of other side quests in this location.  As soon as you go to the island itself, try to go north and start to look around for clues. Keep it in mind that some of them are hidden, which means that it could take some time before you actually find something.

Try to find the blood-soaked cloth, the golden statue of Sekhmet and the wooden coffin which is near the water.

This ritual site is a little bit more tricky to find because it is located between Kanopos Nome and Sap-Meh Nome. However, once you get there, the site itself will be within the crocodile lair, which makes it a lot harder to explore.

Of course, if you go too close, the crocs will attack you, which means that you need to deal with them first before doing the quest itself. Once you do that, just investigate the entire area for clues. 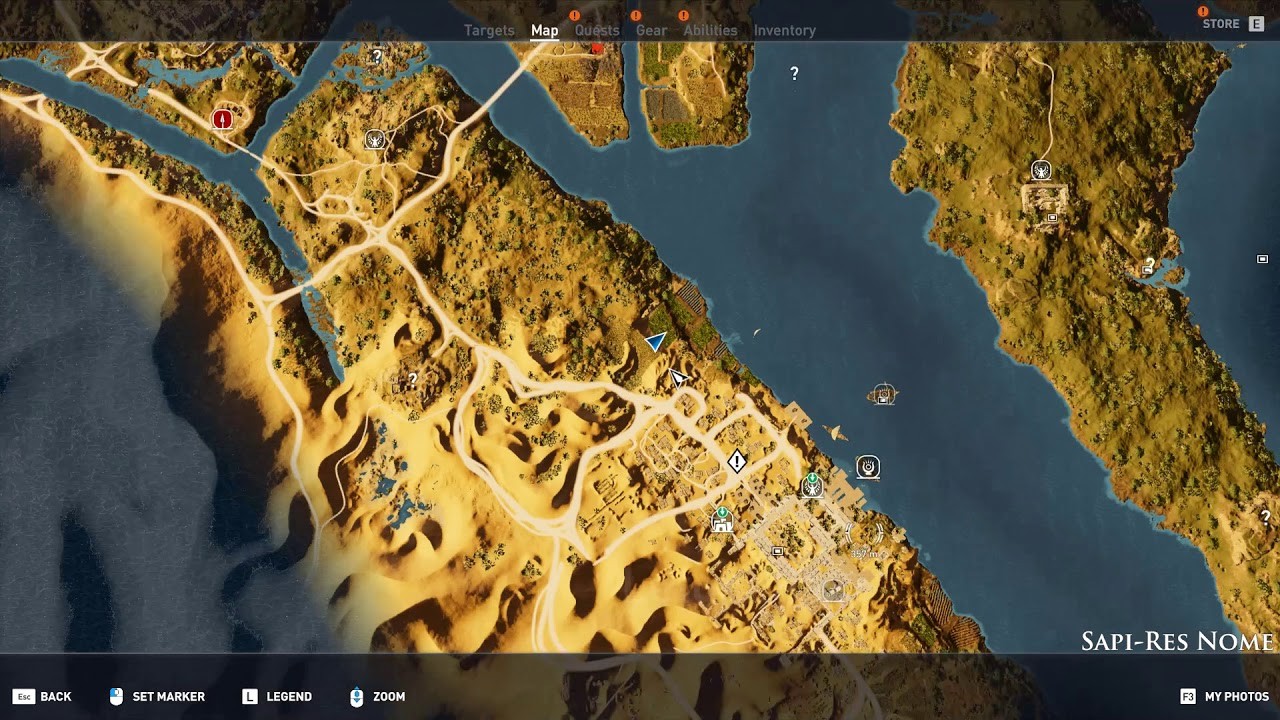 Last, but definitely not least, we have the fourth ritual site. It is located in the middle of the Sepi-Res Nome near a small swampy island. Once you get there, you should be able to see the sarcophagus near the shattered entrance. Go there and investigate it and then look around for a prayer scroll on a stone block.

Once you do all the steps mentioned above, it is time to finish the quest. The last ritual site is located in the Ka-Khem Nome, near the center of the main island. However, in order to do this successfully, you need to be at least level seventeen or above because there are a lot of powerful enemies. That's why it might be a good idea to do a few other quests before you finish this one if you are still underleveled.

The actual ruins are guarded by a couple of guards which are around level eighteen. Of course, your job is to go through them but in this case, the only way to do it is by taking them out. You can also try to just sneak around them but it is very hard because the path is very narrow. When you deal with hem, the ritual site will be just below.

Start investigating the place immediately after you deal with the guards. While you are doing it, you will hear some strange noise coming through a crack in the wall and just a few seconds later, it will collapse on you. Sadly, you can't avoid this, which means that you need to leave and search for another entrance which leads to the secret ritual. In addition to that, there are also going to be several high-level enemies while you are searching, so keep it in mind that you need to deal with them as well.

When you are done, go out of the ruins and make your way to the nearby Hayhor Stone Circle which is right across the cliffs. Once you go there, you will see an entrance to a cave which you need to go through.  There will be signs showing you where to go and suddenly, you will find yourself staying in the middle of an ongoing ritual.

Now all you need to do is just not die and deal with the dark priests. If you succeed, you will earn 3750 experience and a new weapon.