The Assassin's Creed franchise has been considered to be one of the most interesting in the gaming industry. Every single game from the series is exciting to play and the Assassin's Creed: Odyssey is no exception.

There have been a couple of available DLCs in the last couple of months. That said, the latest one is called the "Torment of Hades", and as the name suggests, it involves Hades, the god of death as he tries to find guardians to help him in the Underworld.

An interesting thing about this DLC is that no matter what you do in the main quests, you always end up with the same result. However, it is possible to change the "fate" of some of the characters if you focus on the sidequests.

Let's take a look and see what will happen when you decide to start playing the new DLC.  We will begin with the first popular quest.

Quest - The Weight of Sparta 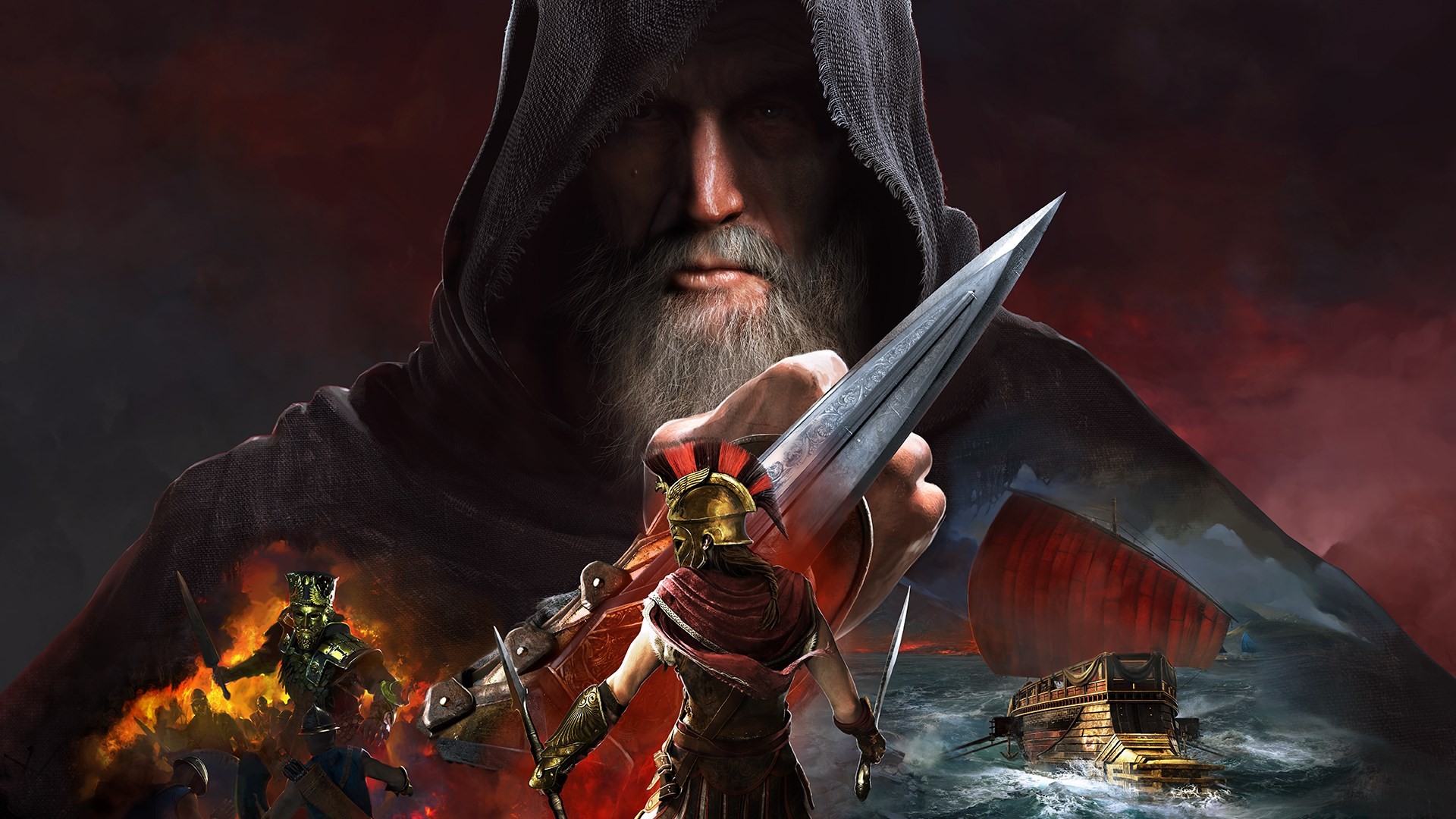 This is the first big quest that is pretty interesting to do. You will be able to start it when you meet up with Brasidas. You will have a couple of options to choose from but by the looks of it, "We fought together at Pylos", "Deimos is alive" and "You deserve Elysium" seem like the best options.

Once you choose them, head north and try finding the Forgotten Sepulchre which will be marked with a yellow arrow on your map, when you get inside, there will be a big locked door that can be opened only if you solve a puzzle. At first glance, it might seem very hard to complete but don't worry, it will just take a couple of seconds.

First, use the Time symbol that is on the top-right, followed by the Mind, which is at the bottom and lastly uses the Water, which is located in the top-left corner. This door will reveal a pretty cool dungeon that you can complete, and we advise you to do so because it's pretty fast. Just follow the main road, and you will be done in no time.

When you're done with it, navigate to the symbol room, and you will see two enemies waiting for you. As you can imagine, you need to kill them in, and you will be able to get your hands on the "Time symbol". After that, continue forward, and you will end up in a place full of water, which you need to swim through. When you reach your destination, you will see the Mind symbol, so grab it and get out of the water.

Just a couple of meters away from it, there will be another block puzzle that you need to solve to go through it. Luckily, all you need to do is to push one of the blocks located on the left, and it will open a small gap that you can go through.

Once you're through, get the stairs on your right until you reach yet another block puzzle. This time, you need to pull out the centre block and walk-in. Be careful, though, because you will have to find a strong enemy.

Quest - Kill me once, Shame on you

This is a pretty straightforward quest, and there is not really something that you need to worry about. You have a couple of options to choose from, but it seems like "You fought with hubris" is the best one to go for.

This quest takes a little bit more time because you need to kill several enemies before you can complete it. To start, choose one of the options from the dialogue. We've tried several but in the end, "Tell me about your love" seems to be the best option. After you choose it, you need to follow Brasidas as he will leave you to a big cave full of enemies that you need to fight. Luckily, they are not that hard to kill so that it will be just like a walk in the park. Remember that you also need to collect the ashes while you're there.

When you finally finish the quest, go back to the woman that is hanging from the rope and say that she suffered enough. This will complete the search and will allow you to choose between three different options - War, Brasidas and Spartan Honor. Regardless of what you want, the outcome will be the same.

This quest is probably going to be a little bit annoying for some players because it will require you to basically escort a woman to the Pyre while also protecting her from Hounds and other enemies along the way.

To start it, you need to find the Elysium Breach which is located in the Barren Pond. From there, there will be an NPC that you need to talk to, and it will ask you whether you have flowers or you don't. The good thing is here that your answer will be irrelevant, even if you don't have them, nothing will change.

At one point in the quest, you will have to take the Asphodel flower to Hades, and he will offer you his help. You can choose it if you want to, but it doesn't really make any sense because you can finish this quest on your own reasonably easy.

Quest - Home is where you make it

This is probably one of the first missions were making a choice actually matters because you need to choose either a camp or a cave. Keep it in mind that in both cases, you will still have to escort the family from hounds and other types of enemies that you will meet along the way. From our experience, it seems like the camp is a little bit easier to do, but it's pretty much the same.

You can take this quest from Charon and then your job will be to navigate to the "Passage of Souls" and look for clues. As you can imagine, those clues will be everywhere, but here a couple of ones we managed to find:

You will end up getting a dagger from one of the boxes and once this happens, talk to that two people above again. After that, you have to determine who is guilty - the Merchant or the Politician.

This is a one-way quest, meaning that you only need to choose from dialogue options. Since you've found out that the Merchant is guilty from the previous journey, click on the "Prove you've changed" and then agree that you're fed up with Elpenor.

Even though you said you don't like Elpenor, you will need his help in this quest because you have to find the Gauntlets. Luckily, this is pretty easy and fast, as long as you remember that you have to go to the door that is in front of the Treasury.

Quest - The Snake Sheds His Skin

Depending on the decision about what to do, you can either help or ignore Elpenor's plan. However, if you choose to ignore it, Monger will escape, and you have to hunt him down, which is not that hard because he will go in the temple.

Later on, you will have to travel a bit, and you will end up at "Entrails of Gaia". Here you have to say whether or not you think that Elpenor has changed.

Regardless of what you choose, you will soon find out that this was just a test for you from Hades.

Quest - lost but not forgotten

This is one of the final challenges before you're good to go. Sadly, this is also one of the longest chain quests in the game so beware.

You will start your journey by finding a Child that is located in the Barren Pond, west from the Passage of Souls. Once you find them, tell him that you think about him every day and then admit that it was your fault that he died. 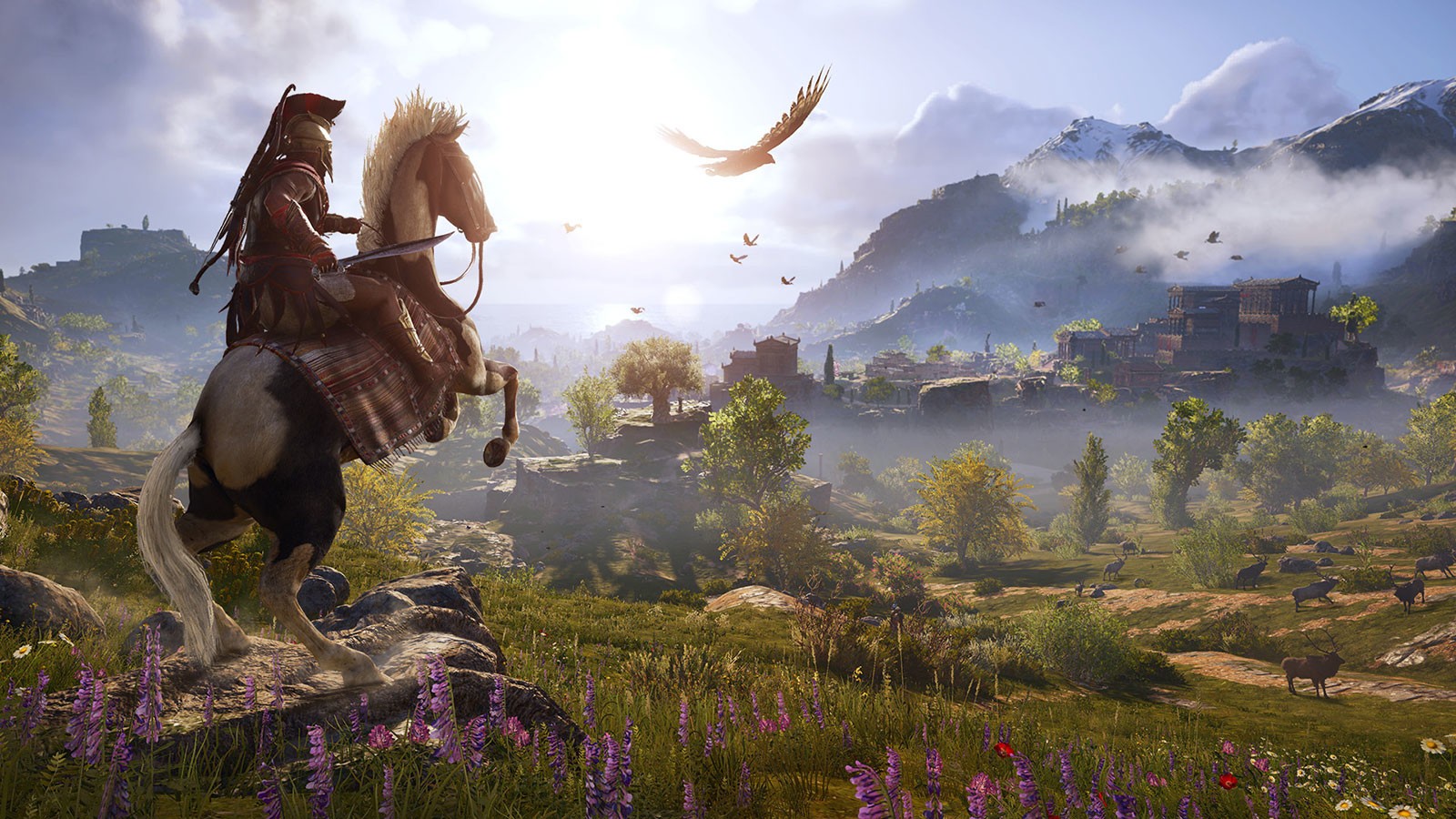 After you say the things we mentioned above, you will have the task of escorting Phoibe to the Ixion Wheel, which is not really the best place in the world. As you can imagine, there will be tons of enemies along the way, so you better prepare yourself for the world. There will also be a couple of very annoying guards that you can only see if you use Ikaros.

Once you clear everything out, you will find a woman that stays in one place. Approach her, start the dialogue and tell her that you won't hurt her. She will then begin to explain some stuff, which you need to reply to by saying that you've never heard of her and that you will find her parents.

After that, you will have the task to go to the northern part of Scorched Lands, which is very near Perseus. This is one of the "roughest" elements in the game, so be prepared to fave the worst. Some enemies might require a bit more time to deal with but be patient because you can't continue in this quest without dealing with them first.

Once they are dead, go to the northern part of the Ancient Temenos and then go inside the skull cave. After killing a couple of more enemies, you will find yourself at the end of it where you have to talk to a captive who will then tell you to go and speak to Charon. However, Charon is pretty hard to find, so we suggest you choose the option to pay the captive to take you there because it will save you tons of time.

The final challenge in this quest is to kill the "big guy", which you will find when the captive takes you there. Once you take him down, a special dialogue scene will come out where you have to say that you will always be there for her and that you will come to her. As a result, Phoibe will accept that she has to stay in the Elysium.

That's it! As you can see, there are a lot of things to do, but we can assure you that it's definitely worth it.