Assassin's Creed Odyssey is one of the most aloof Assassin's Creed games in the last couple of years. Similar to the other games from the series, it features much fantastic stuff such as new quests, new mechanics, new stories and many more.

AC: Odyssey mostly emphasises on the role-playing elements because there are various new dialogue options you can choose from such and, depending on the option you go for, the end result will be different. Another cool new feature that did not exist in the previous AC series is that the merchants can chase the player if he commits a crime.

Since the game has a specific skill tree system, a player will be able to unlock new cool abilities as he progresses. Here is what you can choose from - a warrior, who is best for close-ranged combats with spears, axes, swords, etc. ; a hunter, who works wonders with a bow; assassin, who is mostly focused on various stealth activities. Needless to say, if you want to have a full AC experience, it is definitely advisable to go for the assassin.

There have been a couple of DLCs since the game was launched, but it seems like the latest one, which is called The Fate of Atlantis seems to be the best one yet. It is located in Elysium, which is basically an "afterlife" place full of fantastic stuff.

Let's take a look and see how does this new DLC end.

You might think that Dark Horse is some kind of an oxymoron for something else. We hate to break it to you, but it's not. Instead, you, as the player, have to decide what to do with your Dark Horse. You can either give it to the older adult that's in the quest, give it to Adonis or Persephone. It doesn't really make all that much of a difference; however, we gave it to Adonis. Even if you decide to give it to someone else, there shouldn't be a problem.

This quest is pretty fun because you will have an exciting job - to fetch the Silver Tongue so that he can help Adonis in his task. Once you are done, you will have to choose what's your message that you want to preach. It doesn't really matter all that much what you go for, but we personally decided that the line where Adonis will help people escape slavery is the best. Keep it in mind that, depending on what you say, it will be later used against you.

Quest - The Keeper and Kyros

Your next task will be to save Kyros, which is not that hard to do. Once you complete it, tell him that this was "clever" and then lure him to come with you so that you can visit Persephone and Hermes.

Quest - The Keeper and the Flame

This is an easy quest to do, and you will be rewarded with "the Flame" at the end. As you can imagine, it is definitely advisable to keep it for yourself because it is valuable and will come in handy later on. Don't spoil the recipe for anyone.

This quest will involve some action because you have to agree that you want to kill the captains. However, in order to have the best results, tell Hermes that you don't believe he is a murderer.

Once you deal with the captains, tell him that that felt good, which will strengthen your friendship with him.

This is an exciting quest because you have to make every vital choice - are you going to chase the Blacksmith or the Messenger. Both of them are very important and, depending on who you opt for, and you will have a different ending to this DLC. That said, we believe that the Blacksmith might be the better option because he will reveal some essential information about what to expect from the Goddess Aphrodite.

Quest - Have Another Drink 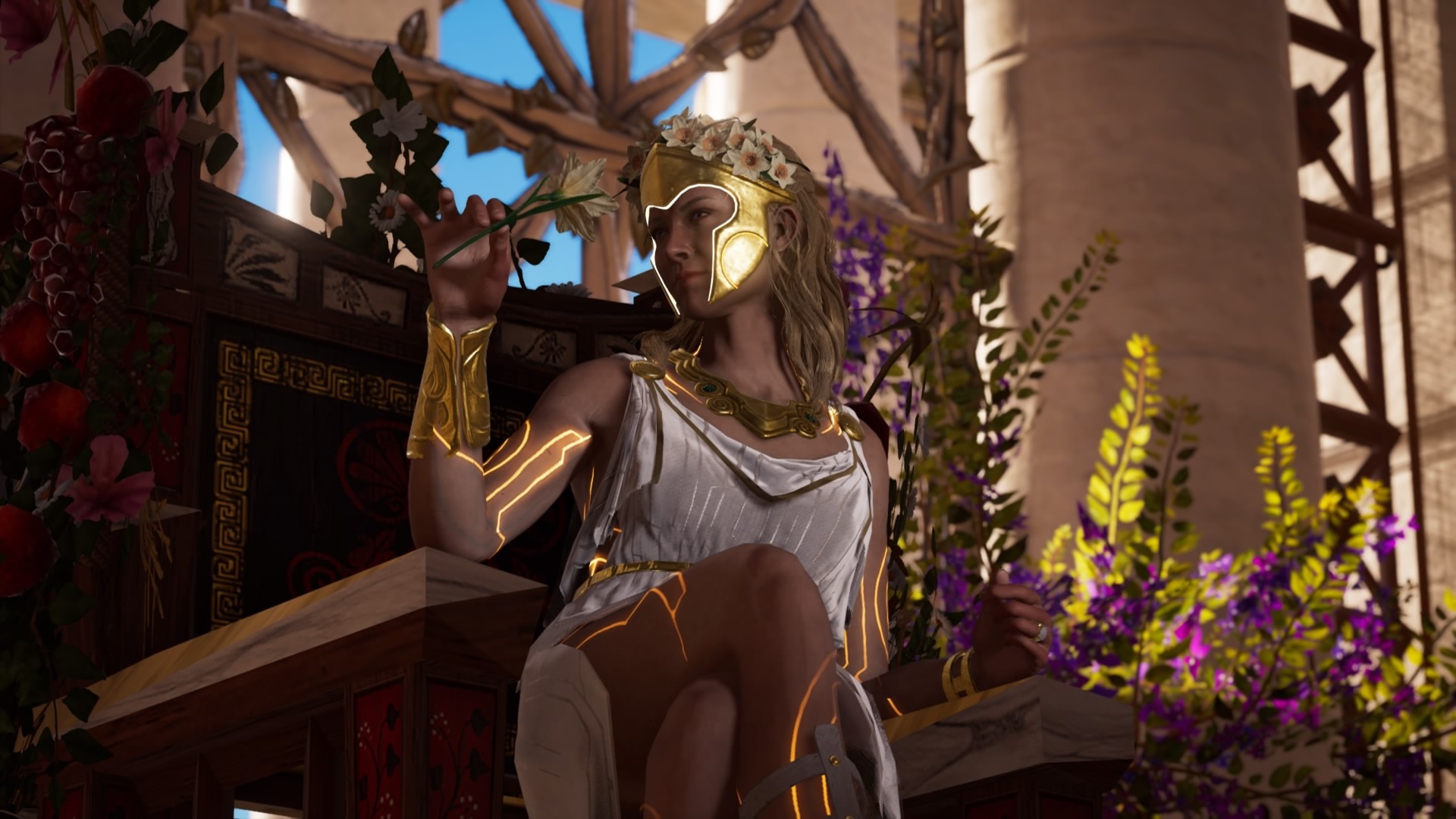 Even though this quest might seem a little dull and pointless, it actually has a significant impact on how you end this DLC. As the name of the journey suggests, you will be allowed actually to drink after you retrieve the water to Lethe's. However, instead of accepting it, you should refuse it and then proceed with destroying it. This will serve as a "wake-up" call for her because he will finally realise that Hekate betrayed her and Persephone is actually still alive. (it does sound like a Latino sitcom, but it's always fascinating).

This is a quest that can have a different impact on the DLC's ending, depending on the choices you make through it. First, if you managed to deal with the wolf, it is advisable to go downstairs and just talk to the man there about the fact that you've seen some poison outside. Once done, go out and destroy all the wine containers you find.

On the other hand, if you don't want to go through all this, you can simply stay on Rebels and Hekate's sides and don't do anything.

To complete this quest, you have to choose between Brasidas and Phoibe. Sadly, you can't select Natakas who was available in the last DLC; however, the overall impact from this quest is not that big anyway, so just be done with it as soon as possible. Your job will be to basically either talk to Leonidas or just go and kill him. It's advisable not to kill him because he will tell you to go and kill Kyros.

Quest - the Beacons are lit

This is one of the fastest quests in the game because you have to recruit a guy to either fight for you or for Aphrodite. Even though it's pretty tempting to say your name, the better option is definitely the Goddess. 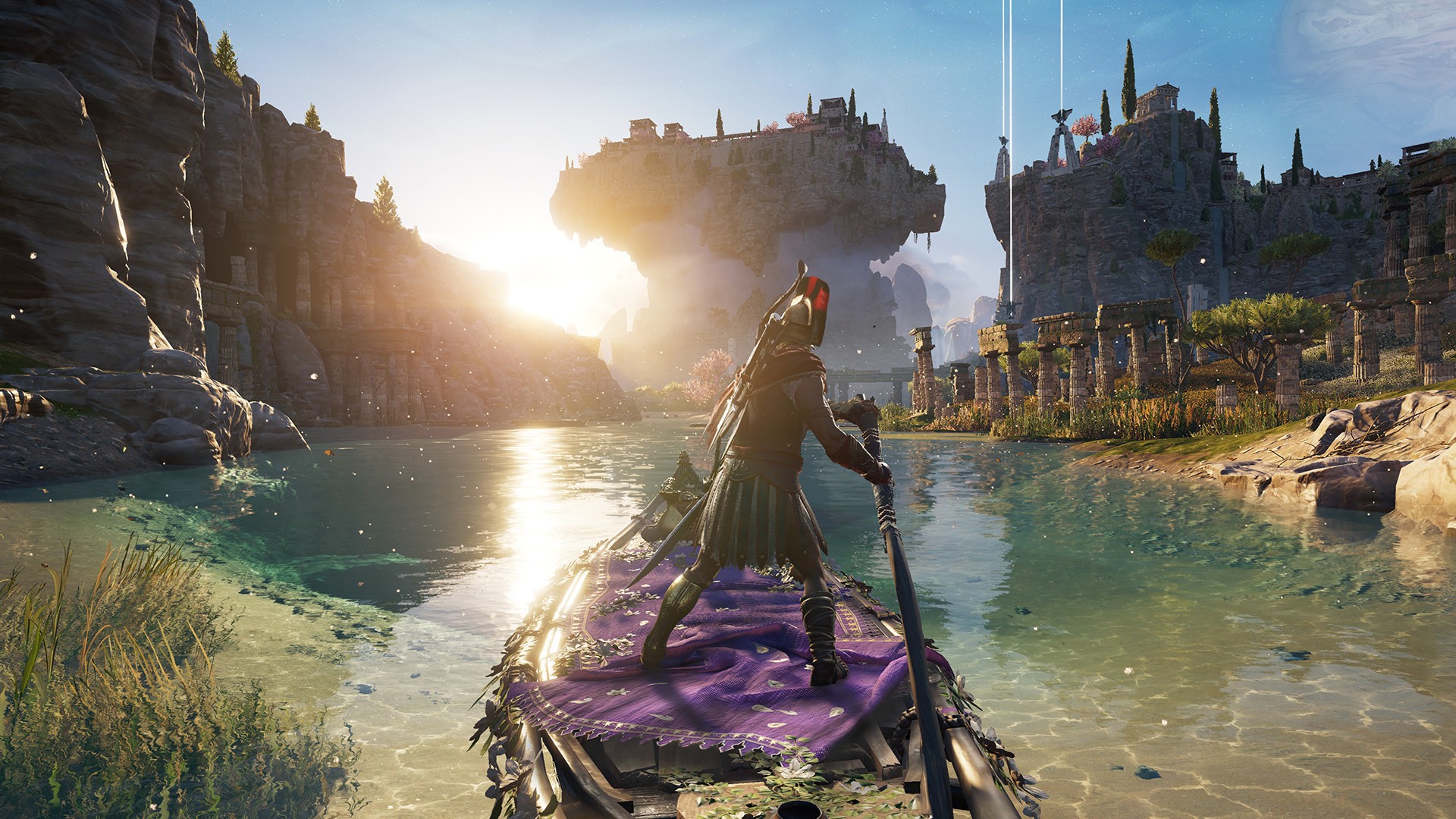 This is the most crucial quest yet because it has the most impact on the ending of the game. Your job will be to spy on Hermes and Hekate. Needless to say, there will be many different options to choose from, but your job will be to say that you're not the traitor and that Hekate is the one to blame. This will basically "force" Persephone to ask Hekate to tell the truth.

Once you meet with Adonis, choose the Battle option and then just follow the task. After you're done, there will be a very emotional scene where Persephone basically "throws" Hermes from the Acropolis. After that, your job will be to tell her that Adonis is the good guy so that she can let him live. This will trigger a special cutscene, preparing you for the new DLC.

We advise you to try to give this game a try because it's pretty awesome!